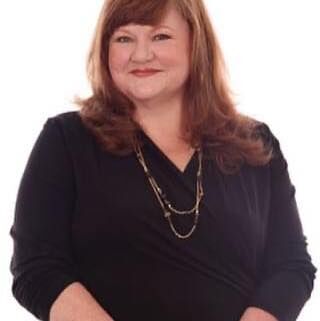 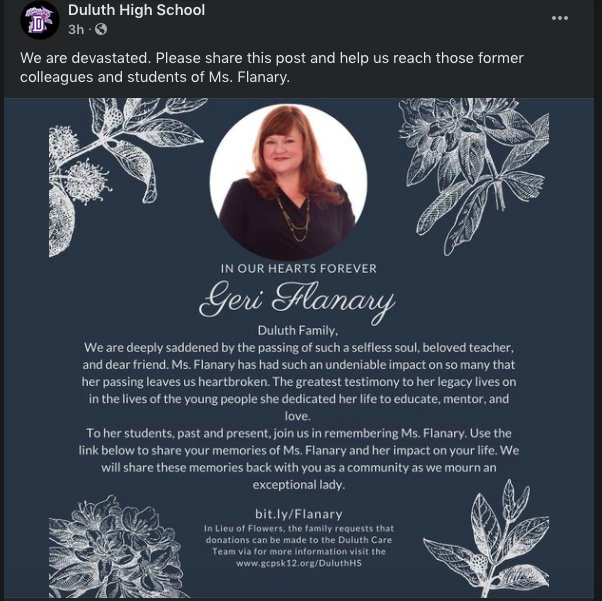 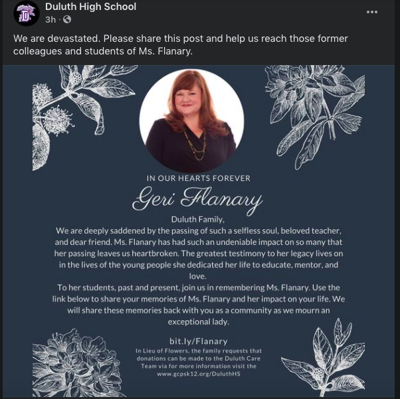 The Duluth High School community is in mourning after a popular award-winning teacher at the school passed away from an unspecified illness.

The school announced Friday that Geri Flanary, who was one of Gwinnett County Public Schools’ three district-wide STAR Teacher honorees in 2015, has died. District spokeswoman Sloan Roach said only that Flanary died from a “brief illness.”

“We are deeply saddened by the passing of such a selfless soul, beloved teacher and dear friend,” Duluth High School officials said in a tribute posted on the school’s Facebook page. “Ms. Flanary has had such an undeniable impact on so many that her passing leaves us heartbroken. The greatest testimony to her legacy lives on in the lives of the young people she dedicated her life to educate, mentor and love.”

Roach said Flanary received the Gwen Hutcheson Outstanding Educator Award from the Georgia Council for the Social Studies in 2016 in addition to other awards she earned during her career. The district’s spokeswoman also said she led students teams at Duluth to state and national recognitions.

The school has set up a tribute page where current and former Duluth High School students, as well as former and current staff members from the school can share memories and photos of her. The page is located at bit.ly/Flanary.

Flanary’s family has asked that donations be made to the Duluth Care Team in lieu of flowers. Information about the team and making donations is available at www.gcpsk12.org/DuluthHS.

The school said any Duluth student, whether they attended classes in person, or digitally, this year is invited to come to the school’s new gymnasium Monday for grief counseling. Students who prefer to meet with a counselor digitally on Monday can go to bit.ly/3u9Vp10 and use meeting ID 922 7829 4718 and the passcode, 181960.

IN CASE YOU MISSED IT: Top Gwinnett County stories from April 26 to May 2

The driver of a van that burst into flames on Interstate 85, near the Interstate 985 split, last weekend has been arrested and faces multiple …