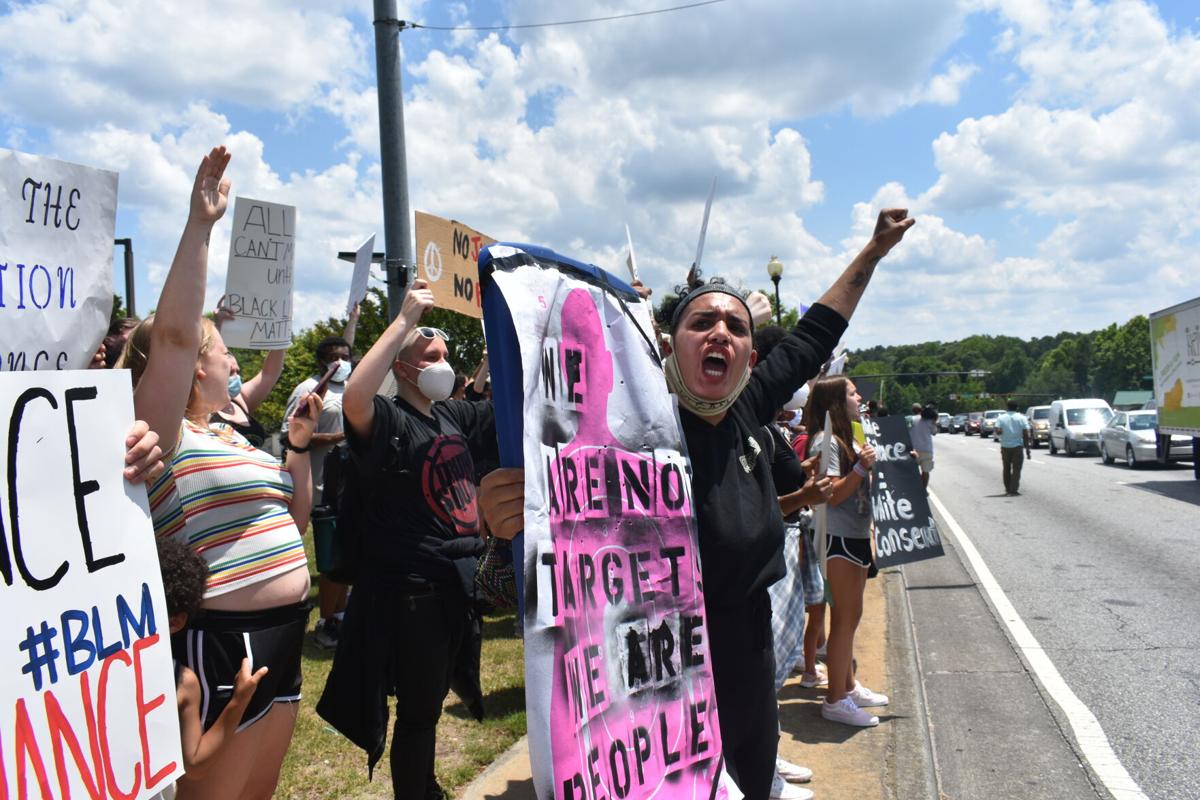 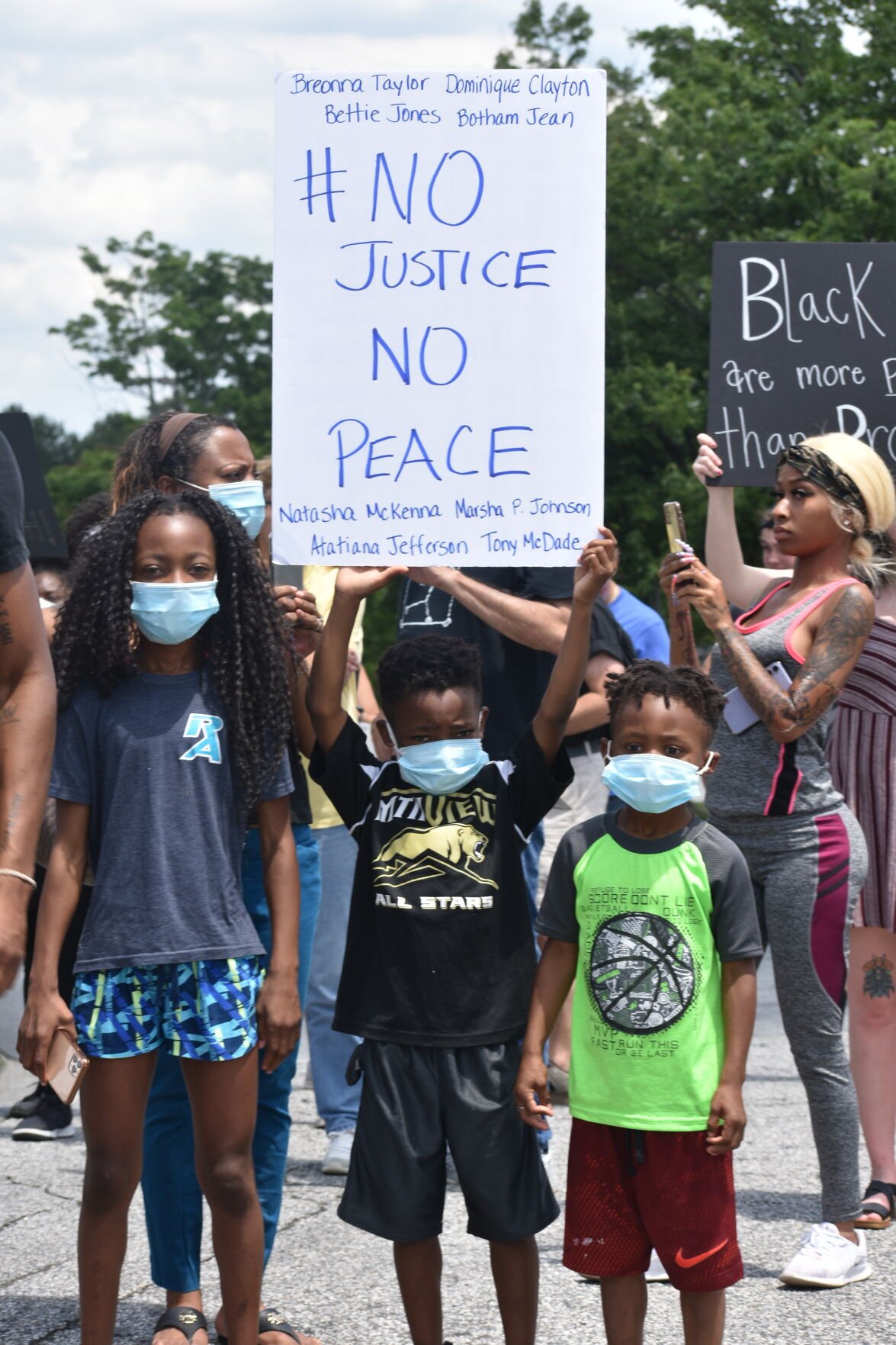 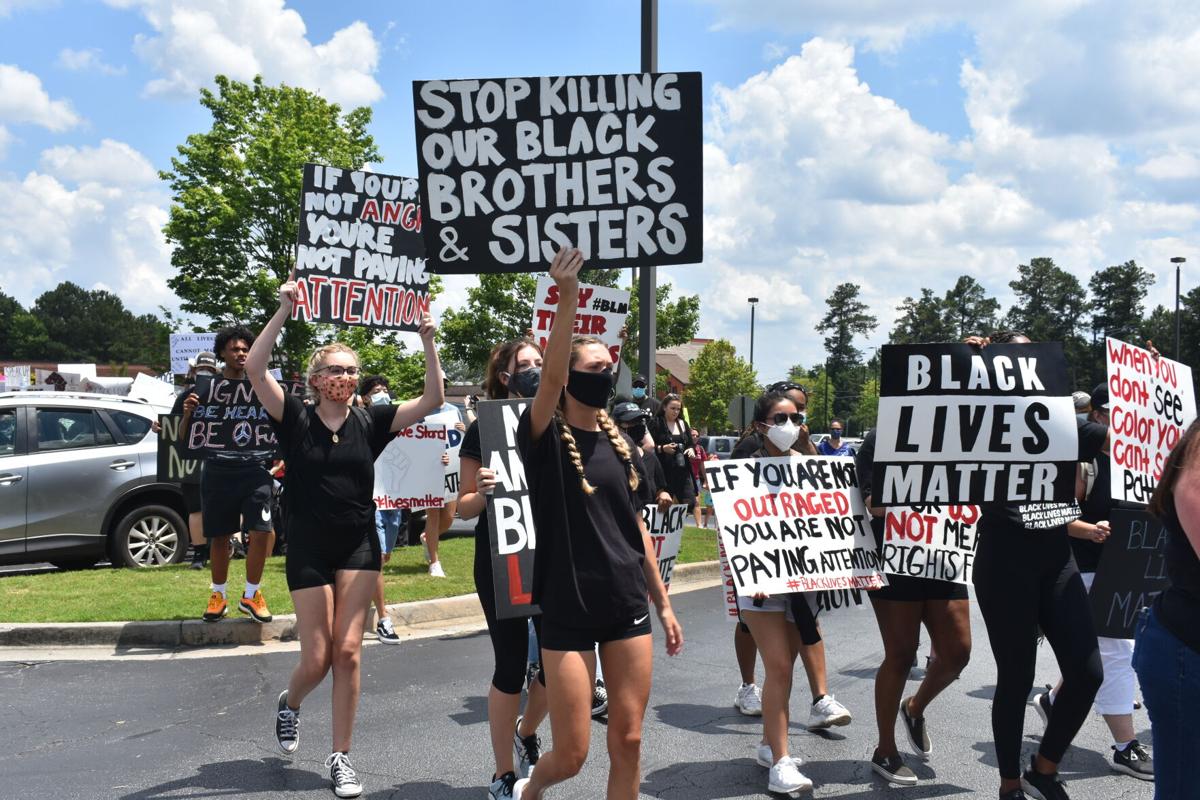 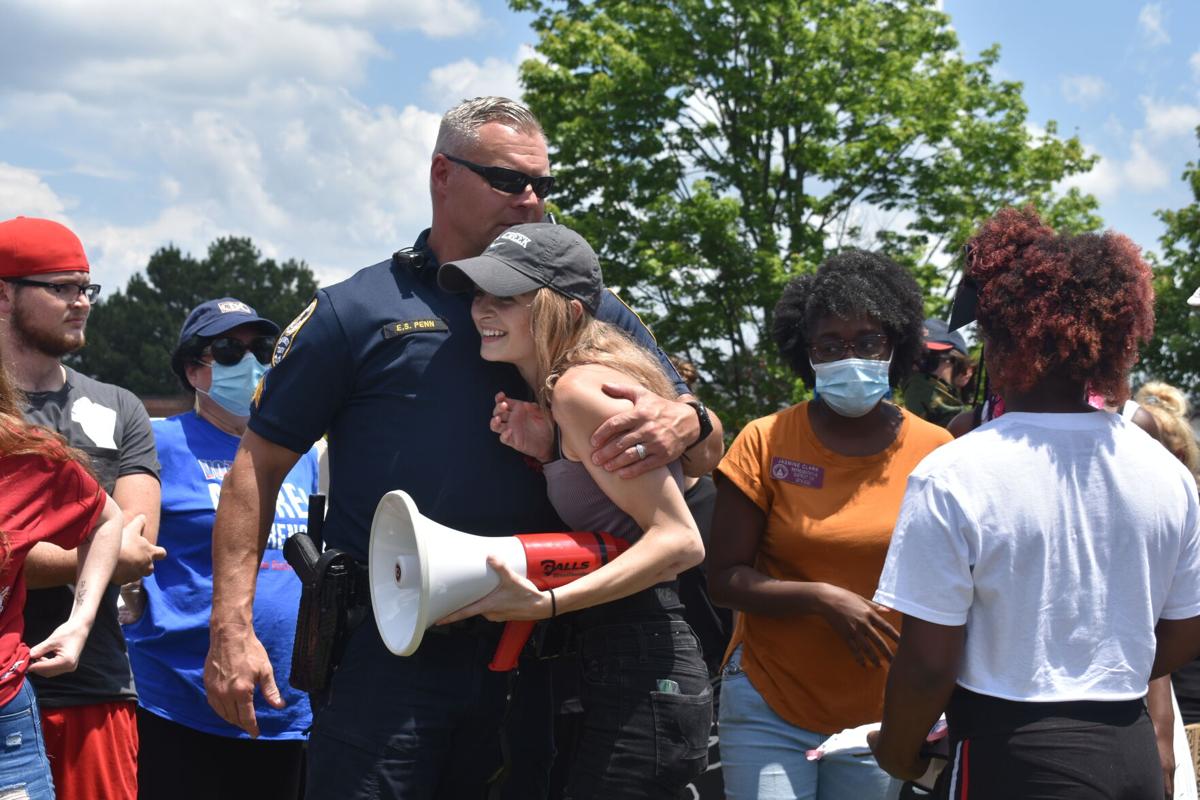 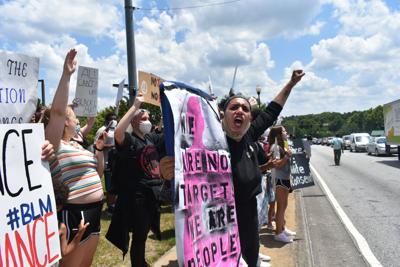 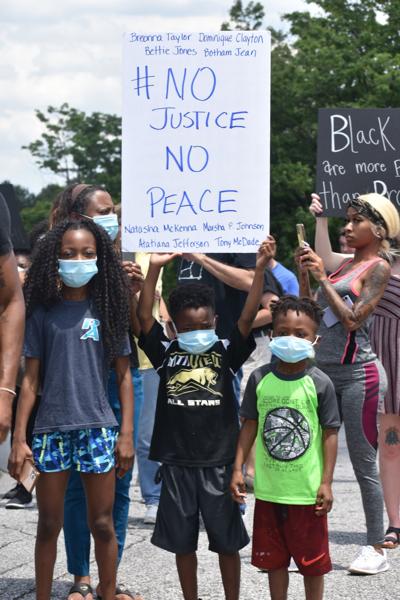 Other than the arrest of one counter protester, the organizers and Gwinnett County police maintained a peaceful protest Thursday on Hamilton Mill Parkway in Dacula.

The crowd marched from Hamilton Mill Parkway to Duncan Creek Park and back. All along Hamilton Mill they held signs with phrases such as, “Judge me not by the color of my skin, but by the content of my character,” and continued to chant “black lives matter” and “we want change.”

“I have two black sons, so I’m here for them,” Dacula resident Jennifer Norris said, adding that this was her first protest. “I’m so excited to see all of the young people taking action and really leading the movement. It inspires me so much to see they’re asking for positive change. There’s people here of all colors and all races. It gives you hope.”

Another protestor, an Atlanta-based rapper who goes by the name Diamond, attended the protest with her 3-year-old son. She said she thinks the recent protests against police brutality have opened the way for discussions about the need for police reform and have helped educate people about the history of blacks in America.

“We’re not only asking for reparations for black people, but for all people,” Diamond said. “We need new laws. This right here is bigger than ourselves. It’s not just a black or white thing. This is for all ethnicities — black, white, Asian — against racism. All of these people being here today, it shows they’re not standing for it. There’s strength in numbers.”

She said she’s proud to have her son alongside her.

“We’re doing this for the next generation,” Diamond said. “We’re going to be a part of history. Hopefully we won’t have to go about it like this anymore. It means so much to me. You know how when you go to church and you cry because you feel refreshed and you got some stuff out of your system? That’s how I feel right now.”

As protestors marched back to Hamilton Mill Parkway from Duncan Creek Park, a teen counter protestor started marching on the other side of the street wearing a ski mask and goggles, vest, shield and holding a Donald Trump “Make America Great Again” flag.

At the intersection of of Hamilton Mill Parkway and Braselton Highway, where several police officers were already located, the counter protestor approached the rest of the protestors and started swinging his flag pole.

That’s when Gwinnett County police took him to the side to talk to him and then arrested him, but not before taking off his ski mask and other items.

Cpl. Collin Flynn, with the Gwinnett County Police Department, said the teen was originally charged with disorderly conduct and battery and that he would be charged in juvenile court since he is younger than 17 years old.

But after reviewing footage from the surveillance cameras in the area, police dropped the teen’s battery charges and issued him a disorderly conduct warning instead.

Similar to the protest in downtown Lawrenceville on Monday, Thursday’s protest ended in prayer and a cook out with food prepared by the organizers of the protest.

IN CASE YOU MISSED IT: Top stories from June 1-7