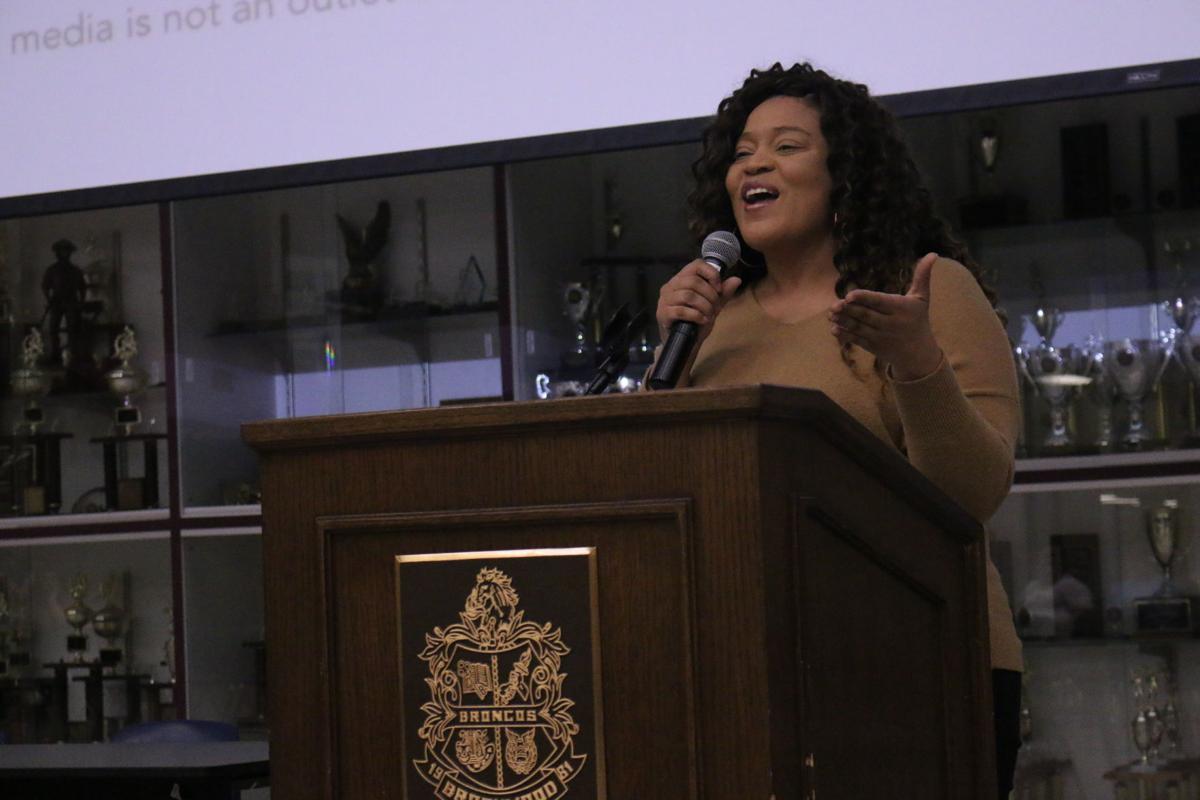 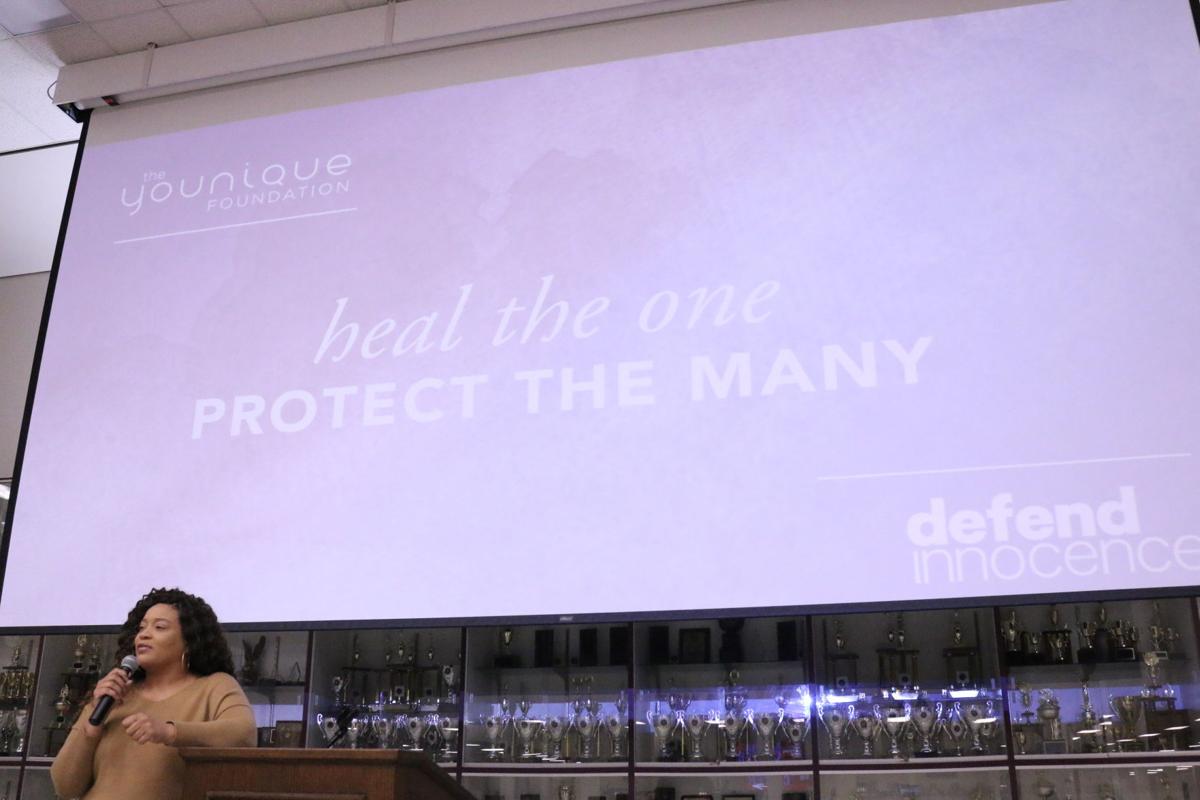 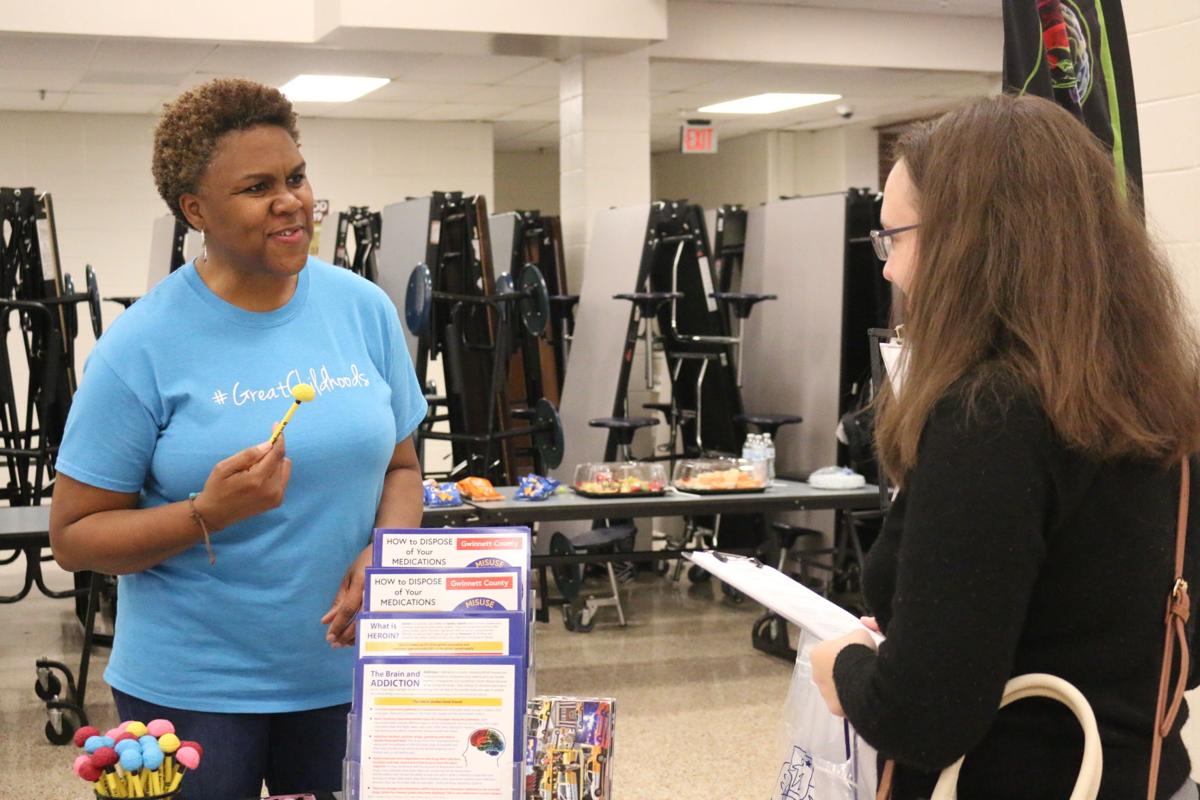 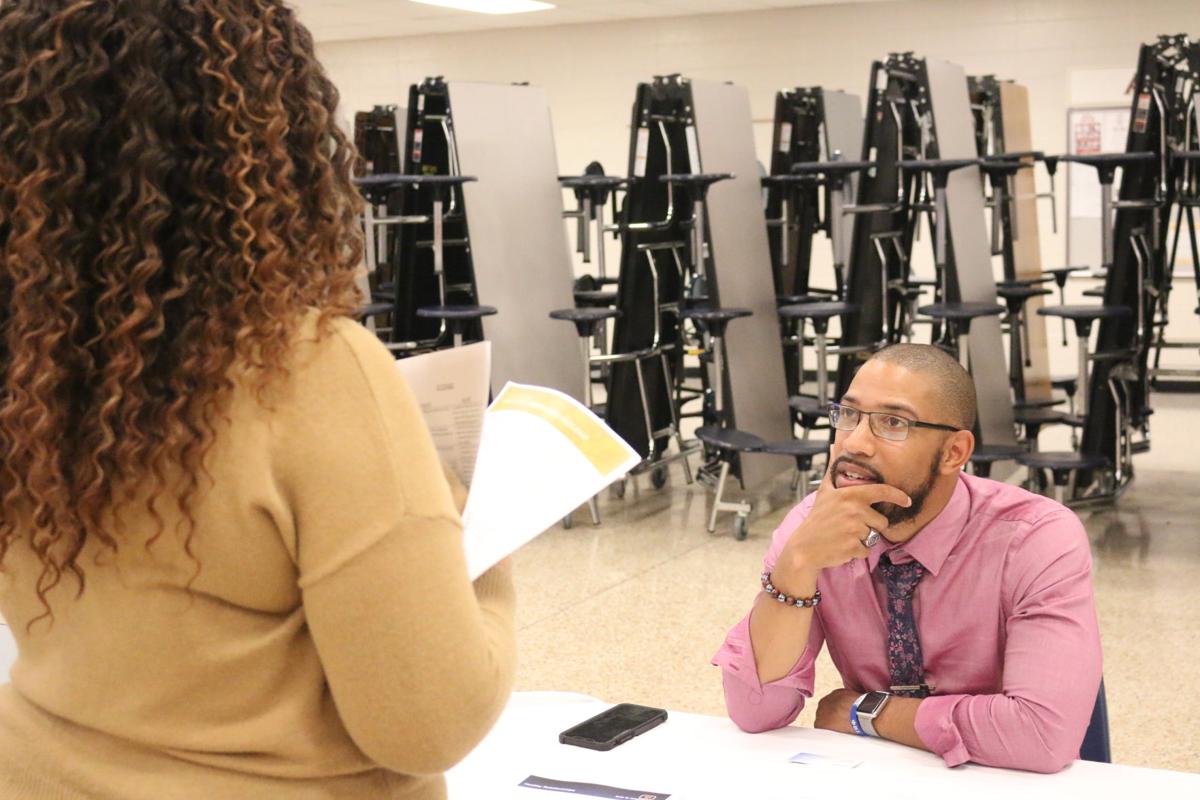 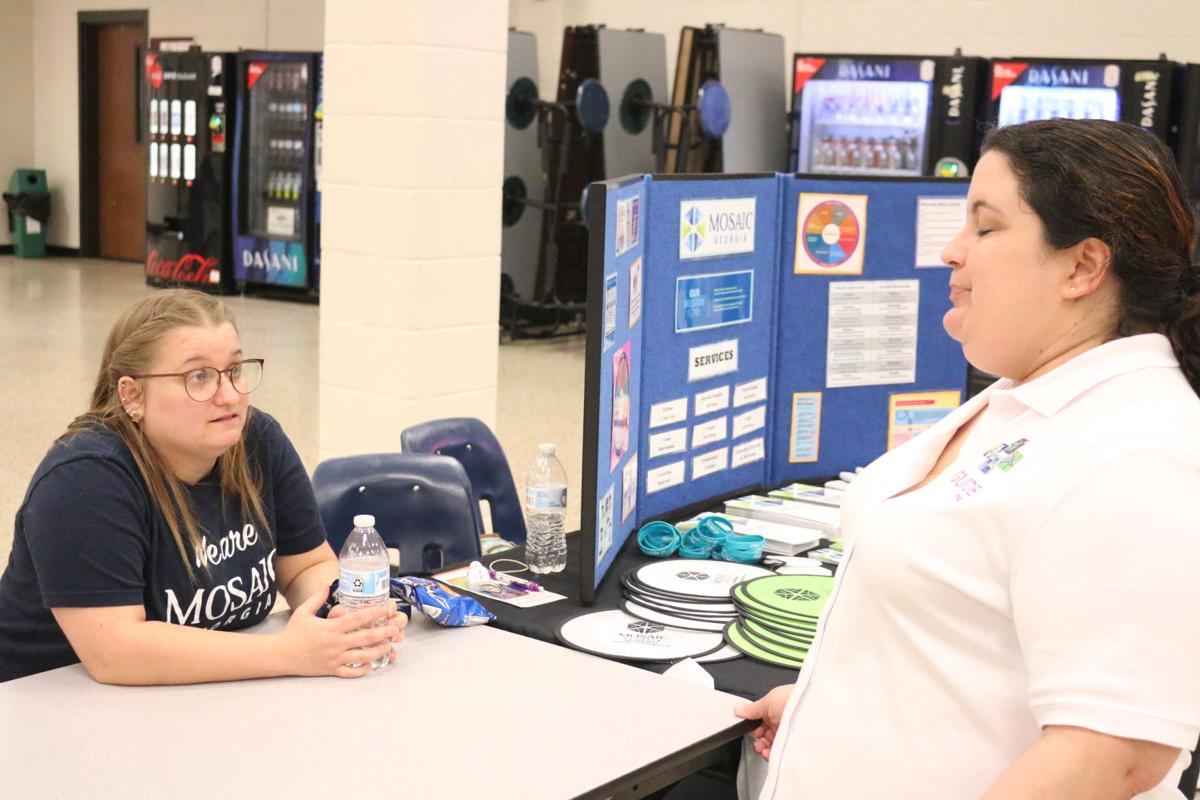 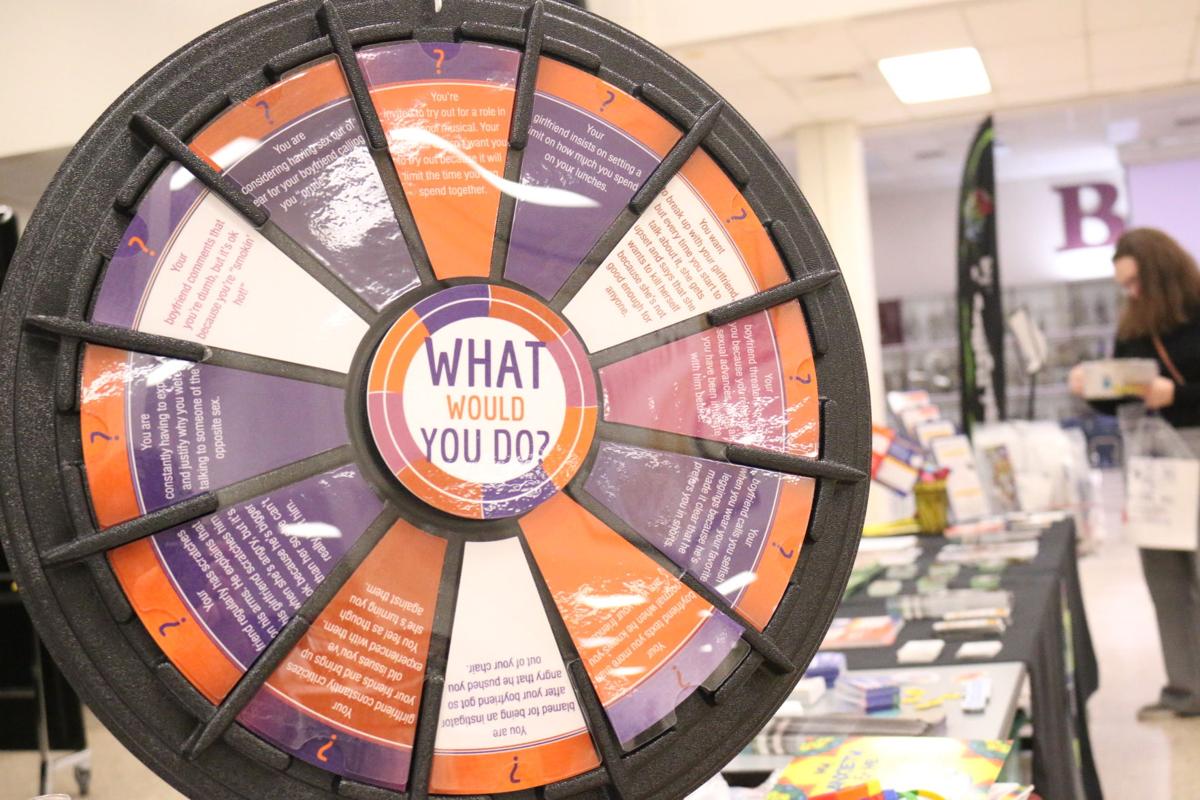 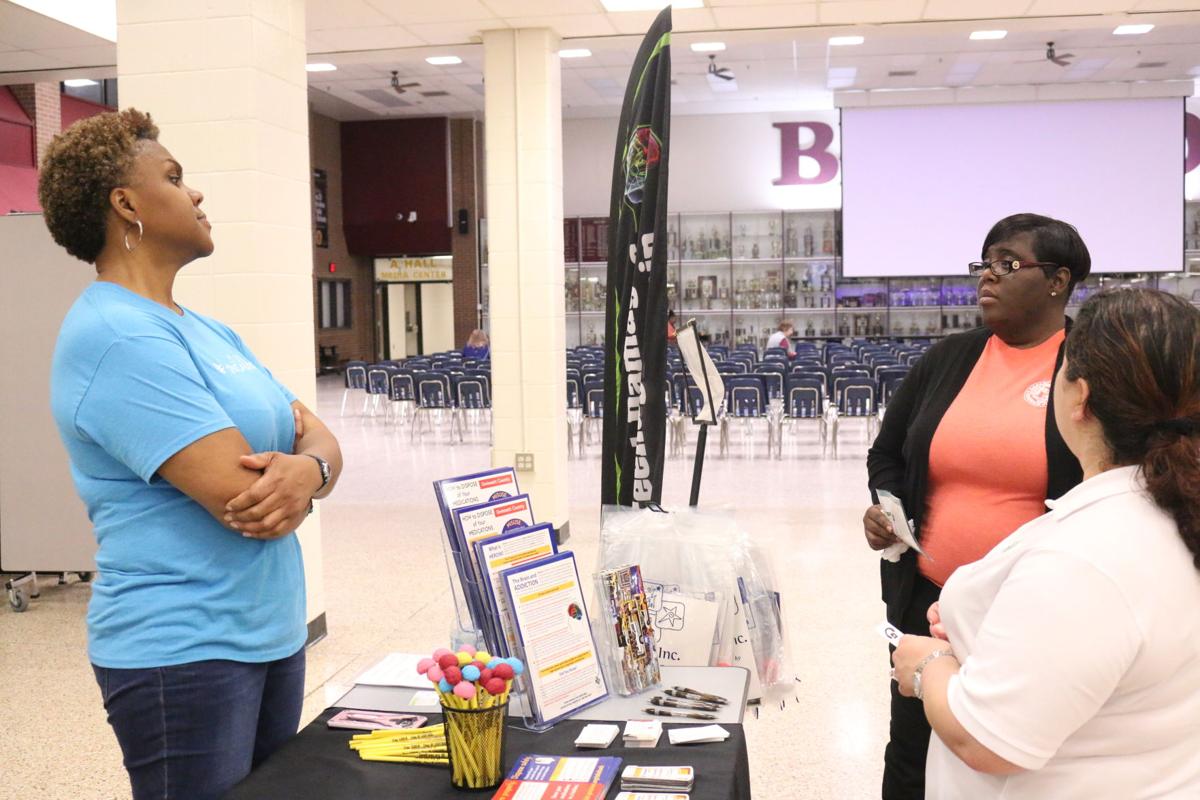 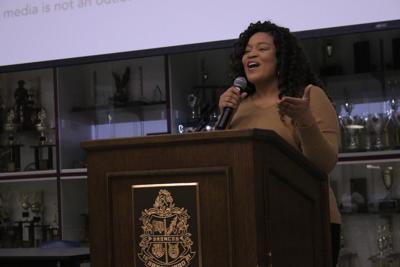 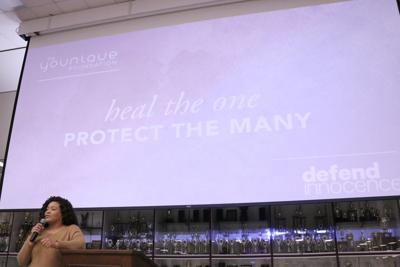 Love may be safe, warm and welcoming, but dating is not always synonymous with love.

Three days before Valentine’s Day at Brookwood High School, Jocelyn Cooper told her personal traumatic experiences to her audience at a program called “Teen Safe Dating” sponsored by the Georgia Department of Juvenile Justice’s Office of Victim and Volunteer Services. She led off her presentation that she may have been “preaching to the choir” — since the group was made up mostly of people who worked for nonprofits and support groups — it didn’t make her personal story less moving.

Cooper, the Georgia Regional Outreach Coordinator for the Younique Foundation, said she was sexually abused multiple times before age 11. Cooper’s personal trauma was piled on as a teenager when the Atlanta native visited her grandparents’ home only to find her grandfather deceased. She said she carried that emotional trauma — unaddressed trauma — she experienced as a child but didn’t open up about it until later. Mental trauma led to self-image issues, which she said put her in position for problematic relationships as a teenager.

“(Trauma) can sometimes lead you to connecting with individuals that aren’t healthy for you,” Cooper said.

Through it all, though, Cooper turned out OK. More than two years after the #MeToo movement, Cooper said is sharing her story to inspire survivors of sexual abuse and show them they’re more than the worse thing that’s happened to them.

“I do understand while everyone may not be in a place where they’re ready to share their story, I know the importance it’s played in my healing and how it’s helped me on my journey,” Cooper said.

Children and teens that go through the same hardships as Cooper don’t always have a support system or seek help that leads to a positive outcome. Sometimes a traumatic relationship can be the event that causes life to spiral out of control.

Latera Davis is the director of Office of Professional Development & Standards at the Georgia Department of Juvenile Justice. Her office works to develop programs that redirect youth incarcerated at Georgia DJJ’s 26 facilities and 97 community services offices in the state.

She said a high rate youth and young adults in DJJ facilities a survivors of some type of abuse whether is physical, mental or sexual abuse.

“A lot of times, they don’t have that opportunity to understand what healthy coping skills or relationships are,” Davis said.

Domestic and teen-dating violence, Davis said, is transient and effects all demographics and economic strata equally. Georgia DJJ can be associated with the end result of young people getting locked up, but Davis said the department’s outreach initiatives are also a method of prevention.

“Our outreach goal is for us not to get them in our detention centers and on any type of probation services,” Davis said. “We’ll partner with a variety of organizations to get that message out there.”

One way to prevent a teen from sliding into delinquency, is to identify young people who might be subjected to abuse, before they drop out of school, turn to alcohol or drugs to cope, or suicide as an ultimate solution.

What are the signs? Cooper is also a spokesperson for the Defend Innocence, a nonprofit with the goal of empowering parents, caregivers and community members to help end child sexual abuse.

She said children and teens subjected to sexual or physical abuse may exhibit visible red flags. She listed low school commitment, changes in physical appearance and association with “delinquent peers,” as potential signs that there’s more beneath the surface.

“We have to learn to recognize red flags, because so often students have a lot going on behind the scenes and we don’t recognize it,” Cooper said.

According to Defend Innocence, one in five children will be sexually abused before they’re 18 years old. Roughly 30% of abuse perpetrators are family members. That means coaches, teachers, neighbors and friends are left with the responsibility of identifying abuse, Davis said.

“The stranger danger model, it happens but it’s not often,” she said. “When they’re put in a trusting environment with that person, they don’t know where to go.”

Getting help and moving forward For people in need of help, there are resources.

Georgia DJJ offers victims services in several forms. A list of these services is available on the DJJ website. The Department of Juvenile Justice’s Office of Victim Services can be reached by calling toll free 1-866-922-6360 or email at victimservices@djj.state.ga.us.

How Bernie Sanders could actually be helping the stock market

There is a lot happening in the 'Westworld' Season 3 trailer