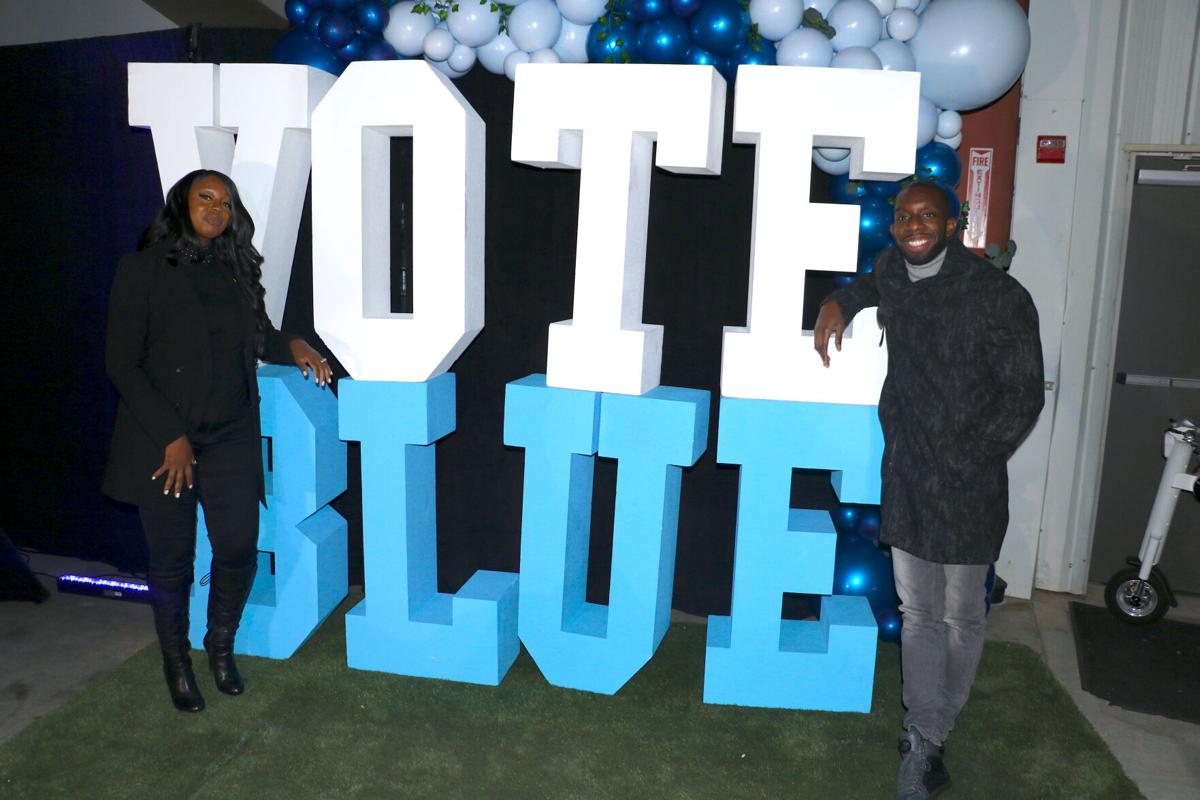 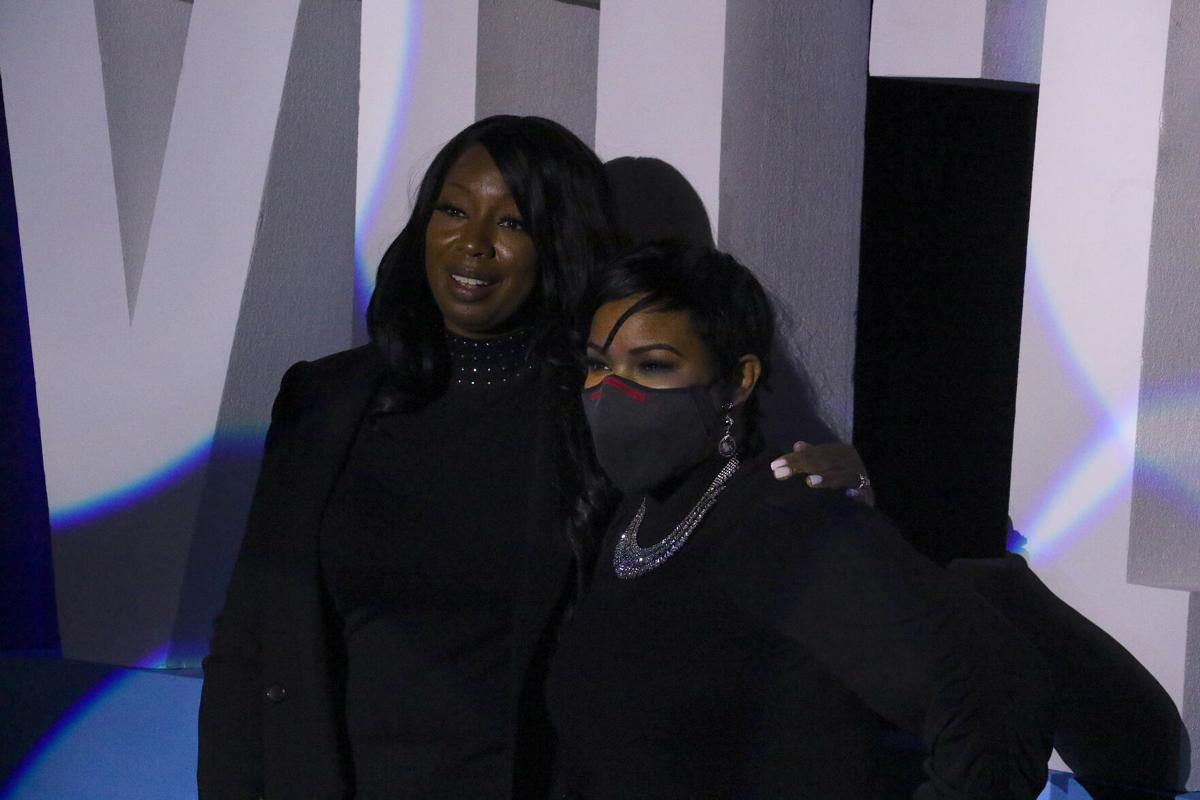 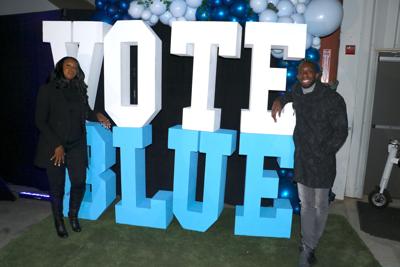 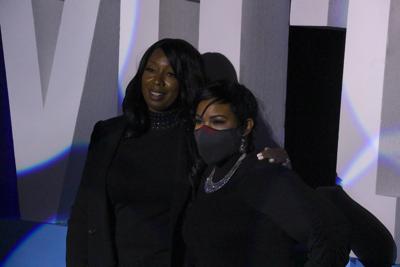 Nationally, outside of possibly the presidential race, the election on Tuesday may not have gone the way Democrats would have liked, but the Gwinnett County Democratic had several reasons to celebrate.

The local party, which had invested financially in efforts to drive voter turnout for the election, dominated local races on Tuesday, winning nearly every seat they competed for. There will now be only two Republicans left in local seats in the county.

“I’m absolutely proud of all of our candidates,” Gwinnett Democratic Party Chairwoman Bianca Keaton said. “We did a great job on the county races, which I absolutely knew that we would, and we defended every one of the gains that we made in 2018 and we picked up a couple of additional seats in the state legislature.

“And those are all feathers that we can put in our cap.”

Democrats gained considerable power in the county on Tuesday, building off of successes from the 2018 elections and flipping control of the county commission and school board, as well as the sheriff’s, district attorney’s, tax commissioner’s offices. And, most notably, it appears to have flipped the 7th Congressional District seat.

Democrats also gained a little ground in the Gwinnett legislative delegation at the state Capitol, ousting state Sen. P.K. Martin and state Rep. Brett Harrell while holding off challenges aimed at undoing some of their legislative gains from 2016 and 2018.

“Those are all things we can be proud of moving forward,” Keaton said. “We’ll be on standby for how things change in the future with the lines and how their drawn (during redistricting).”

In many ways, it served as a reverse of the 1984 election, when Republicans swept local races and flipped the balance of power away Democrats, who had held power for years before that.

Georgia Gwinnett College political science professor Matthew Gunning said increasing racial diversity and a shift among some college-educated white voters living in suburban areas to the Democratic Party are shaping the politics of Gwinnett County — which had been a longtime Republican stronghold.

“Both of those factors are really driving Gwinnett turning blue,” he said.

A sign of how far Gwinnett has been moving to Democrats is how top of the ticket Democrats have done in the county since 2016.

Four years ago, Hillary Clinton just barely won the county in the presidential race. Two years ago, Stacey Abrams got about 56% of the votes cast in Gwinnett in the gubernatorial race.

This year, Joe Biden got more than 58% of the votes cast in Gwinnett in the presidential election.

Perhaps a sign of how important Gwinnett had become to Democrats was the fact that the party’s vice-presidential nominee, Kamala Harris, came the county two days before election day for a drive-in rally with key supporters in Duluth.

The county had drawn candidates seeking their respective party’s nomination for president before, this was the first time in at least a while that it had drawn a member of a national ticket.

Keaton said it took a lot of pleading the county party’s case to make that happen.

“I talked to everyone who would listen,” she said.

A major development with national implications was the flipping of the 7th Congressional District from Republican to Democratic control.

Gunning said Democrats nationally lost some seats in Congress during this election, flipping the 7th District is one factor in why the party will maintain control of the U.S. House of Representatives.

The district is also unique among congressional districts that flipped this week, according to Gunning.

“She is the only gain for the Democratic Party nationally that did not involve redistricting of maps,” he said. “In general, Republicans had a good night in the House. They’re going to gain something like eight to 10 seats, and the Bourdeaux victory — without it, the Republicans would be even closer to getting control of the House.

“So, overall, it was not a good night for Democrats in the House of Representatives — except here in Gwinnett County.”

Two other seats that flipped to Democrats in North Carolina had recently been redrawn to favor Democrats, Gunning said.

But, flipping the seat was a goal of local Democrats because of how close Bourdeaux came to flipping it in 2018. She lost by 433 votes in an election where there was controversy about absentee ballots being rejected because of signature mismatches, and problems at polling locations on election day.

One big development to come out of the election is that Gwinnett will have its first all-Democrat county commission in decades, and be led by an African-American for the first time ever, based on unofficial results.

There are two key perspectives to view the commission results through.

One is how quickly the commission flipped from Republican to Democrat. Heading into the 2018 elections, the commission was entirely made up of Republicans. In January, there won’t be any members of the GOP of the county’s governing body.

The other key perspective is that, come January, the commission will be made up entirely of people of color with four African-Americans and one Asian-American.

Elsewhere, longtime District Attorney Danny Porter, who has held the office since 1992, appeared headed for defeat at the hands of Democrat Patsy Austin-Gatson.

Democrat Keybo Taylor defeated Republican Lou Solis, the chief deputy in the Gwinnett Sheriff’s Office, in the open race for sheriff. Taylor will be the first Democrat to hold the office of sheriff since 1984 and he will replace Sheriff Butch Conway, who chose to retire rather than seek re-election to the office he’s held since he was first elected in 1996.

On the Gwinnett County Board of Education, Democrats did not win every race that they ran, but they did win enough to likely flip control of the board from Republicans.

The Democrats only needed to flip one seat on the school board in this election to take control of the board.

They got that flip in District 1, as Republican incumbent Board Member Carol Boyce was defeated by Democrat Karen Watkins.

There was a write-in campaign from George Puicar challenging Democrat Tarece Johnson in District 5 for the school board, but county officials have not yet disclosed how many votes he got as ballots continued to be counted into the weekend. Write-in candidates have typically faced an uphill battle to get elected, so it remains to be seen if that will be different this time.

The seat was already held by a Democrat, Louise Radloff, so if Johnson managed to hold off the write-in challenge, it won’t flip.

“We didn’t win every every race (for school board), but we flipped it,” Keaton said.

Keybo Taylor, the Democratic Party candidate, defeated Chief Deputy Lou Solis — who was Conway's handpicked preferred successor — with 226,026 votes, or 57.21% of the votes cast in the race, according to unofficial results.

IN CASE YOU MISSED IT: Top Gwinnett County stories from Nov. 2-8

Another vote, but it was the same result for transit in Gwinnett County.

Joe Biden will win Georgia, CNN projected Friday, striking at the heart of what has been a Republican presidential stronghold for nearly three…

Boy oh boy, really glad moved far DeKalb east" Gwinnett" county. It will be fun to watch Gwinnett become DeKalb and then these same voter's will cry and moan about the lousy governance. I'll have sympathy for them.

Earth is 2,000 light years closer to supermassive black hole at the center of our galaxy than we thought