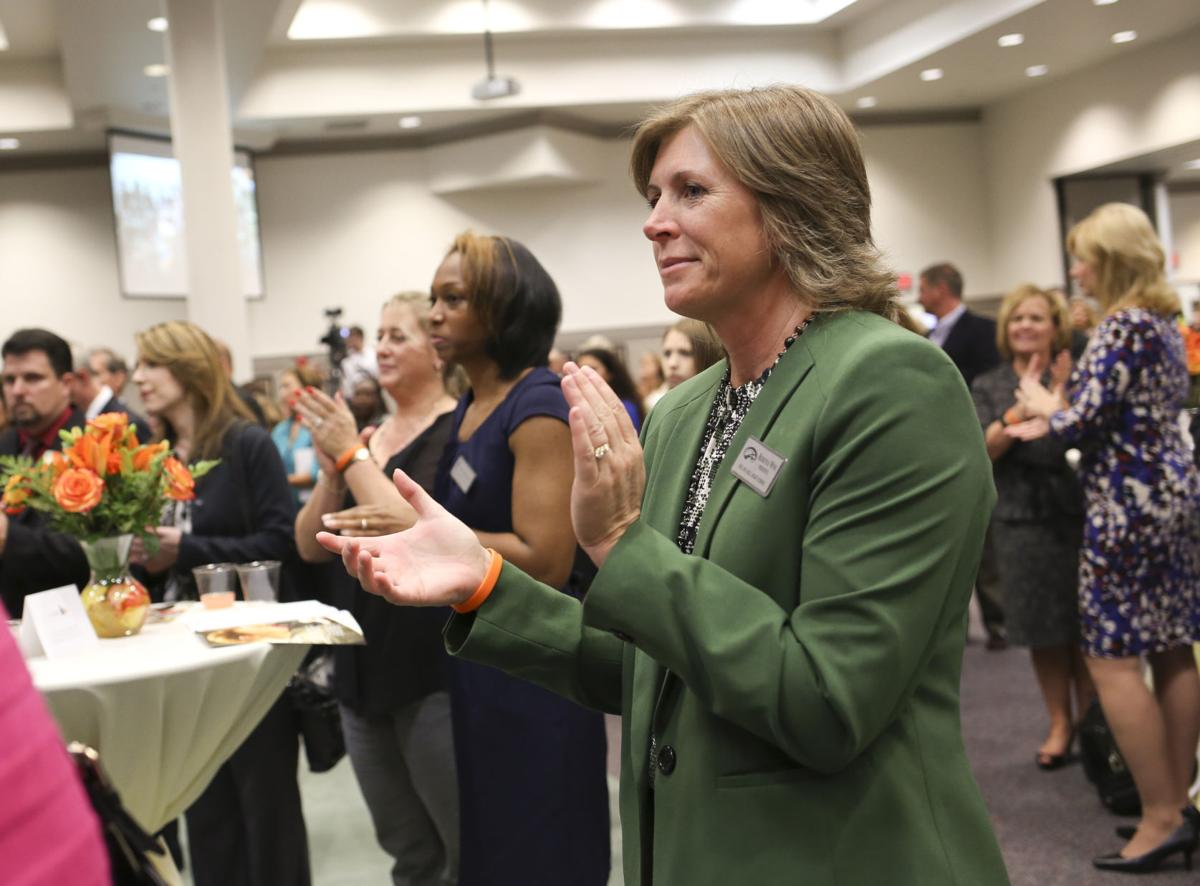 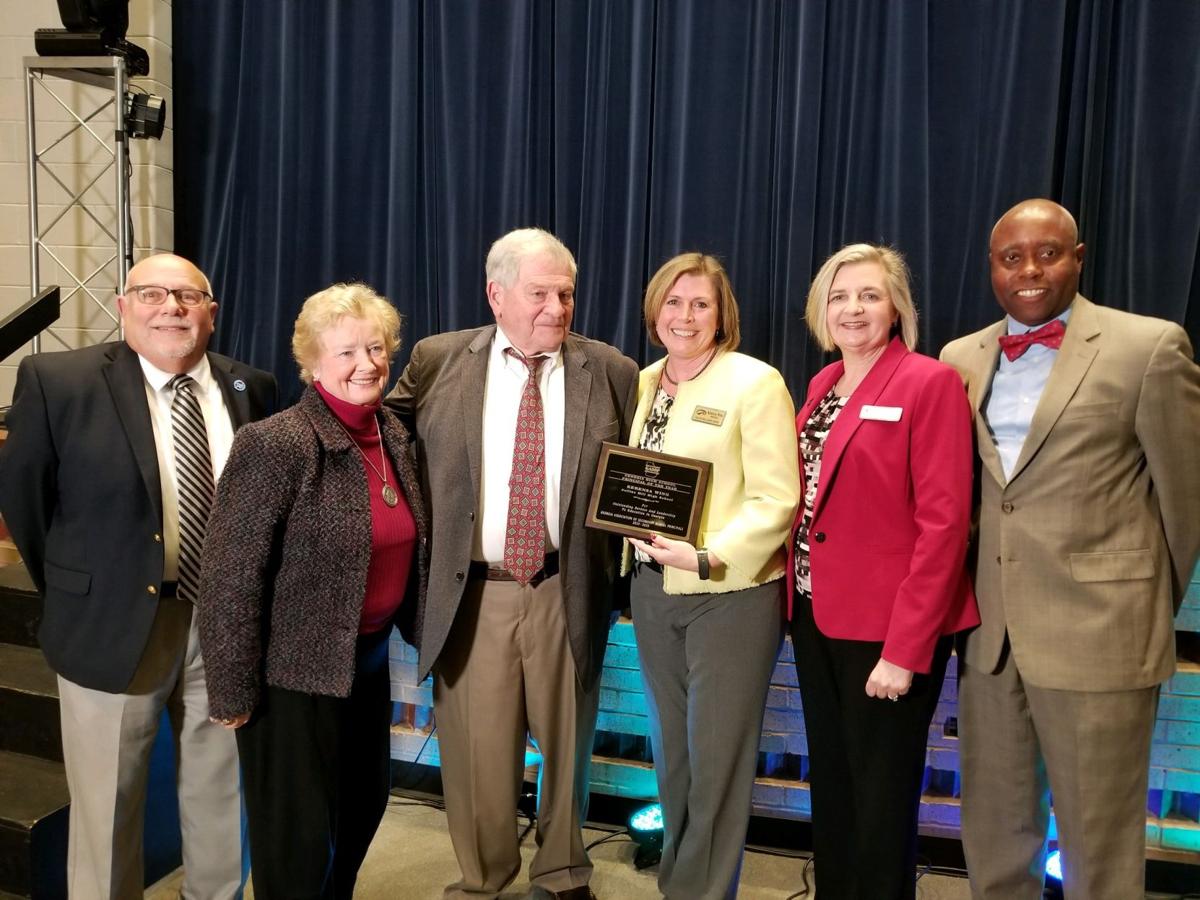 Special Photo On Wednesday, Collins Hill High School Principal Kerensa Wing, third from right, was recognized for her work by being named the 2019 Georgia Principal of the Year. 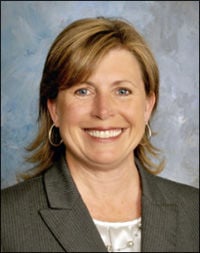 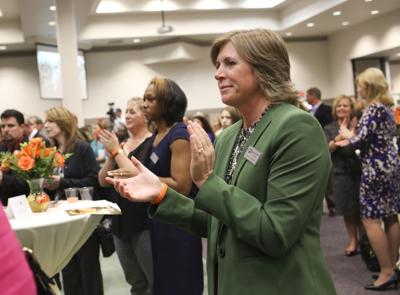 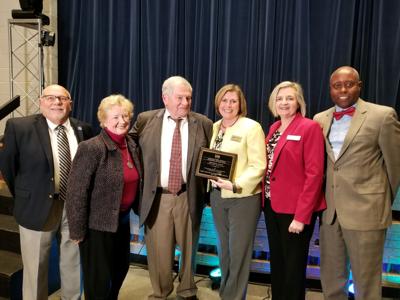 Special Photo On Wednesday, Collins Hill High School Principal Kerensa Wing, third from right, was recognized for her work by being named the 2019 Georgia Principal of the Year.

After being named Georgia Principal of the Year by the Georgia Association of Secondary School Principals, Collins Hill Principal Kerensa Wing has been named one of three finalists for the national award.

“I’m very honored and excited to represent Georgia and Gwinnett, and we’ll see how it goes,” Wing said.

“One of our strengths at Collins Hill is providing professional learning for them,” Wing said. “My goal is to make sure that, as I have new staff members come in, regardless of what capacity they’re working here, they feel like they have the opportunity to grow and develop and have room for advancement.”

Under Wing, Collins Hill offers a number of professional learning opportunities to prep teachers interested in pursuing careers in leadership or paraprofessionals that are interesting in moving toward teaching.

Wing has seen her strategic management skills manifested into results in the classroom. By implementing scheduling changes to accommodate common planning and collaboration time, student performance on state assessments rose between 3% and 13% in proficient and distinguished levels on all tests, according to a press release.

Collins Hill has taken an advisement period that many GCPS-affiliated schools provide for students and teachers, except Collins Hill has maneuvered it into every school day. Students have a teacher advisor that supports students in academics and encourage literacy with a “drop everything and read” philosophy that encourages students to carry something interesting to read in their backpacks with their notebooks.

In February, Wing was the third GCPS principal in five years to win the state award. Meadowcreek High School Principal Tommy Welch was named the 2017 Georgia Principal of the Year and Maryanne Grimes won as the Central Gwinnett High School principal in 2015.

The finalists for the national award will be recognized at the 2019 Principals Institute in Washington, D.C., which runs from Sept. 30 to Oct. 2. Wing said she was looking forward to collaborating with other principals and bringing new strategies back to Collins Hill.

On Wednesday, Collins Hill High School Principal Kerensa Wing was recognized for her work by being named the 2019 Georgia Principal of the Year.

The National Association of Secondary School Principals organization named Collins Hill's Kerensa Wing as the National Principal of the Year on Monday. She was surprised with a gathering of students, teachers, county administrators, representatives from local and state offices and her family.

There will be 17 Gwinnett County public schools starting the 2019-20 school year on Aug. 5 with new principals.