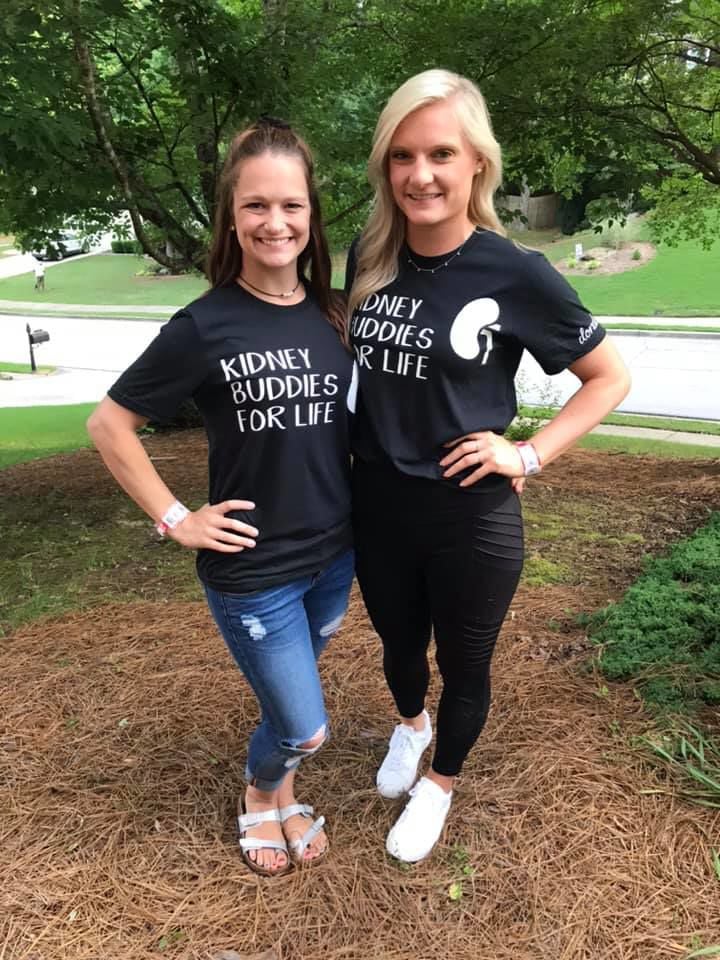 Chelsie Horton and Katie Birkhead prior to the kidney transplant surgery. 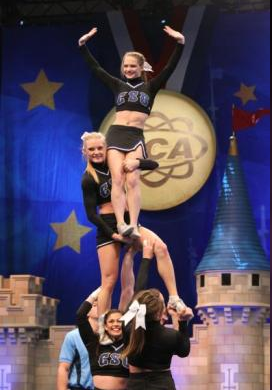 Chelsie Horton and Katie Birkhead competing at the Universal Cheerleaders Association Nationals during their time at Columbus State University. 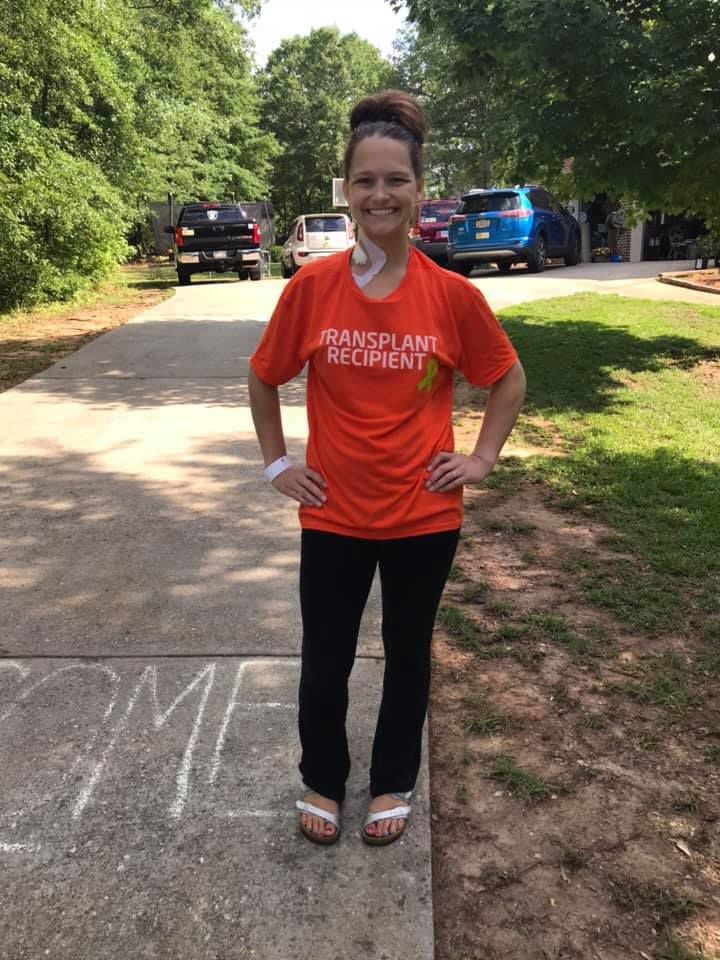 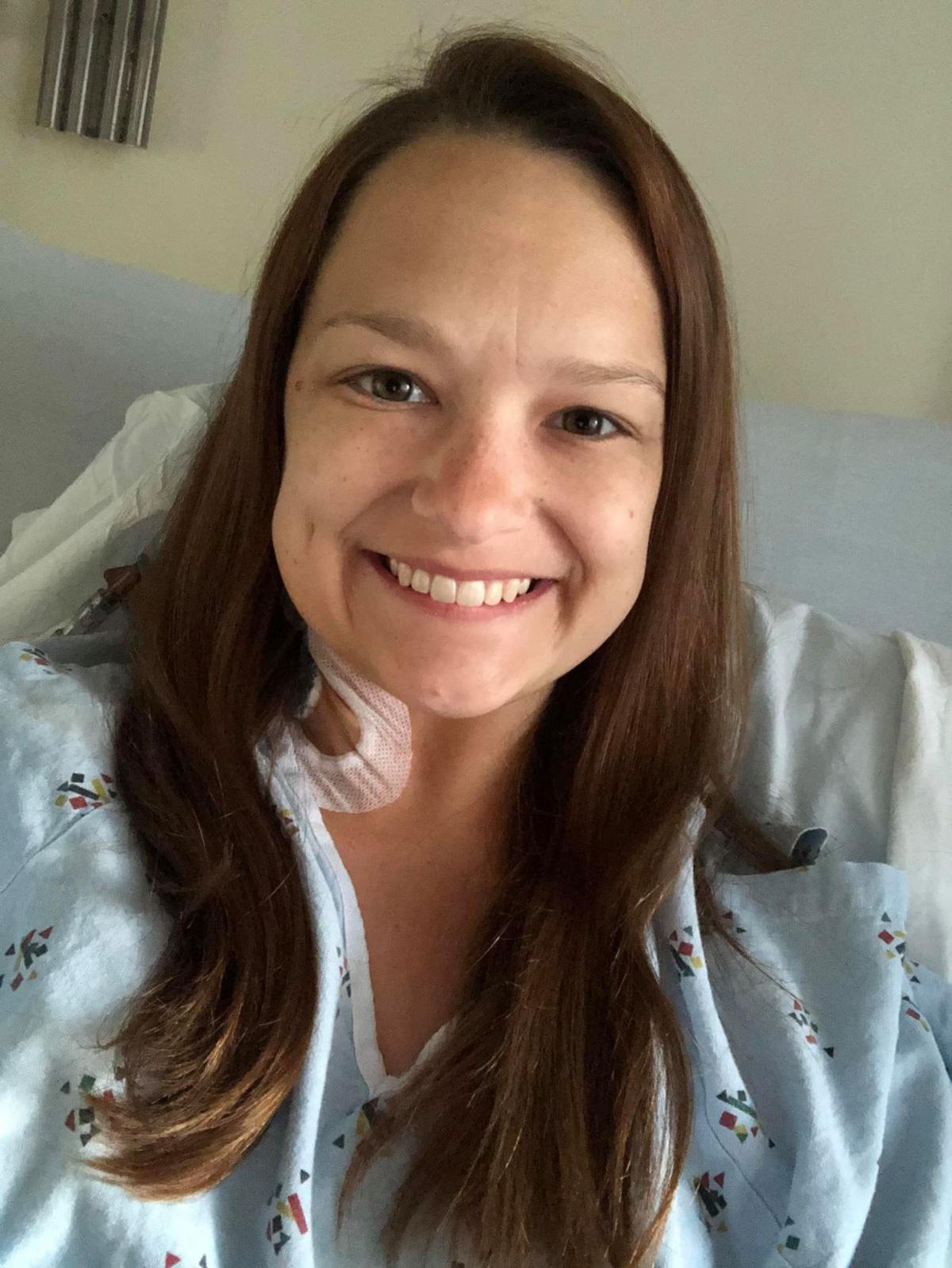 Chelsie Horton after her kidney transplant on May 29. 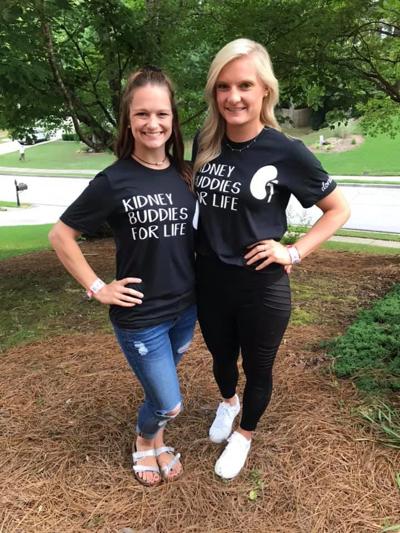 Chelsie Horton and Katie Birkhead prior to the kidney transplant surgery.

Chelsie Horton and Katie Birkhead competing at the Universal Cheerleaders Association Nationals during their time at Columbus State University.

Chelsie Horton after her kidney transplant on May 29.

After two years, three months and 13 days, Chelsie Horton received a call that a compatible kidney for her had been found.

She remembers that moment down to the minute.

The call came in May 7 at 3:07 p.m. She was scheduled for the transplant days later on May 29 at 7:30 a.m., and her former teammate on the cheer squad at Columbus State University would be one of the four donors involved in donating her and three others a kidney through a paired exchange program.

Horton was diagnosed with familial juvenile nephronophthisis when she was two and a half years old. According to the National Library of Medicine, the disorder leads to a progressive symmetrical destruction of the kidneys until they are no longer able to filter fluids and waste products from the body effectively.

“The doctors told my mom I was going to need a kidney within a year of my diagnosis or by the time I turned 5,” Horton said. “That didn’t happen. I chugged right along without getting too sick. But two years after I had my daughter, my kidney functions plummeted and I was put on the transplant list.”

At first, Horton tried to find a donor within her family. One of her three sisters was her same blood type, but was not a match. Horton estimates another 35 to 40 people were tested to see if they were a match. None were.

“I never let it discourage me,” she said. “I never went into that dark place thinking, ‘Oh gosh, I’m never going to find this kidney.’ I just tried my best to stay positive. I didn’t want to get down on myself or have a pity party. I tried to stay as positive as I could and trust that it was going to happen when it was supposed to happen and now here it is.”

Katie Birkhead, who is now a teacher at Creekland Middle School and cheer coach at Collins Hill High School, volunteered to donate her kidney when Horton made her need for a transplant public on Facebook. The two cheered together at Columbus State University from 2012 to 2014.

Horton said they instantly became the best of friends because of their similar personalities.

“Her and I have always been really close,” Birkhead said. “We cheered together on a competitive team and when you’re on a team you form an unimaginable bond. We consider ourselves family, so she’s a sister to me.

“Knowing that she needed help, I immediately jumped on to see what I could do. Even though I wasn’t a direct match, when they proposed the paired exchange we were like well let’s do that. Whatever I can do to help I want to do.”

Although Birkhead gives blood regularly, she said she had never done something like what she did for Horton.

“My dad was actually an organ donor,” Birkhead said. “He passed away in 2001, so it’s always kind of been a thing for me. I registered for it on my driver’s license and that kind stuff, so it’s cool to be a part of that as a living donor and get to keep it in the family.”

Through the paired exchange program at the Piedmont Transplant Institute in Atlanta, a group of recipients and their donors are mixed and matched until the right pairings are found.

“I don’t think enough people know about the living donor process that you don’t have to be family or you can give to a complete stranger,” Birkhead said. “Even us, with a big chain like this, I’m not just helping Chelsie. We’re eight people helping four people get new kidneys, and those four people are taking more people off the (transplant) list. All around it’s affecting more lives than you may initially think.”

The whole process to donate a kidney was extensive, but not difficult, Birkhead said. She had to take multiple medical tests, as well as speak to a dietician, social worker, psychiatrist and living donor advocate.

She was free to back out at any point, but the decision to help her friend was a no-brainer.

“In the cheer community, you help who you can and it’s going to come full circle,” Birkhead said. “My dad got to donate, so that was instilled in me early on to help whoever you can whenever you can when the opportunity presents itself.”

After the surgery, although no outside visitors were allowed, Birkhead was able to walk to Horton’s room to see how she was doing. Again, it was just the two of them there for each other.

Birkhead expects to be back to teaching and coaching when school starts in the fall. Horton will have to see her doctors routinely, as well as be on medications for the rest of her life, but Birkhead and the other donors in the paired exchange program have given her a chance to live a longer life.

For more information or to donate to help pay for Horton’s medications, visit www.gofundme.com/f/Chel-is-getting-a-kidney or Facebook at Chel Needs a Kidney.

According to Piedmont Healthcare:

This guitar-playing skateboarder is warming hearts in pandemic-stricken Atlanta

Atlanta Dream roster, down to fewer than 10 players, gets boost from Erica McCall

Hospitals in Covid-19 hotspots are running out of remdesivir