The city of Norcross is hosting its eight BluesBerry Music and Beer Festival this Saturday from 4 p.m. to 10 p.m. (Special Photo) 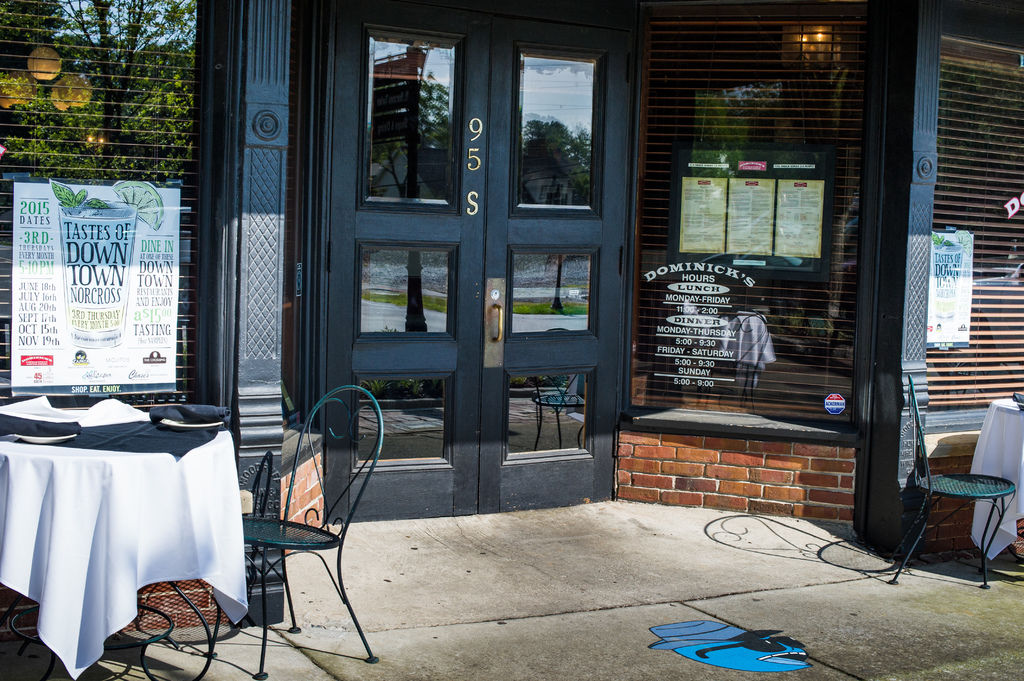 Dominick’s participated in a previous BluesBerry Festival and featured the BluesBerry head decal outside to let guests know about their blueberry specials. (Special Photo) 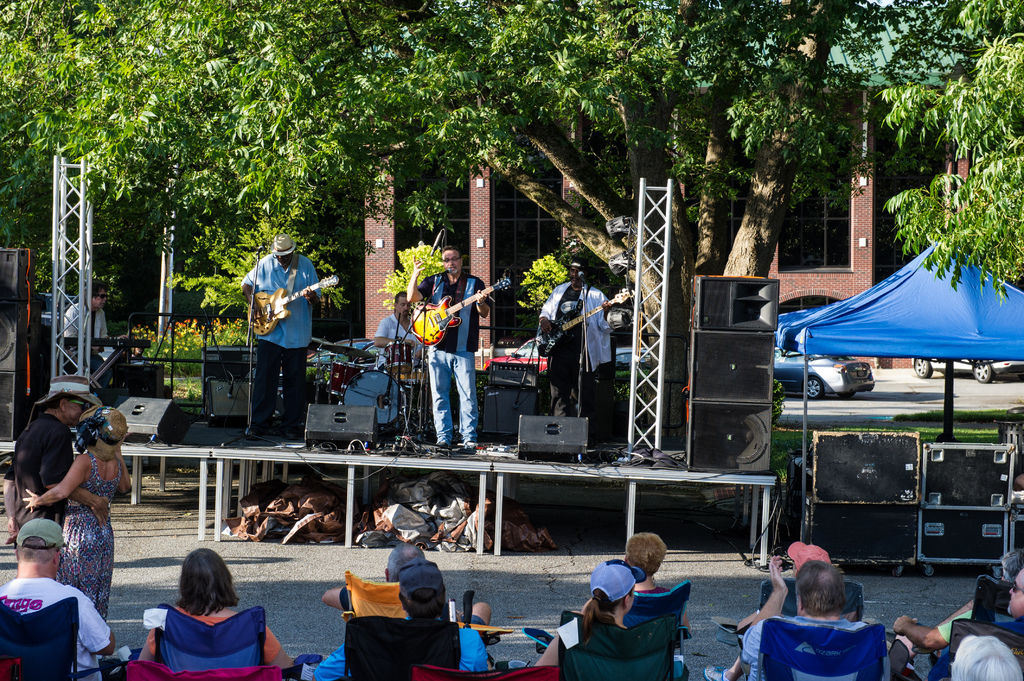 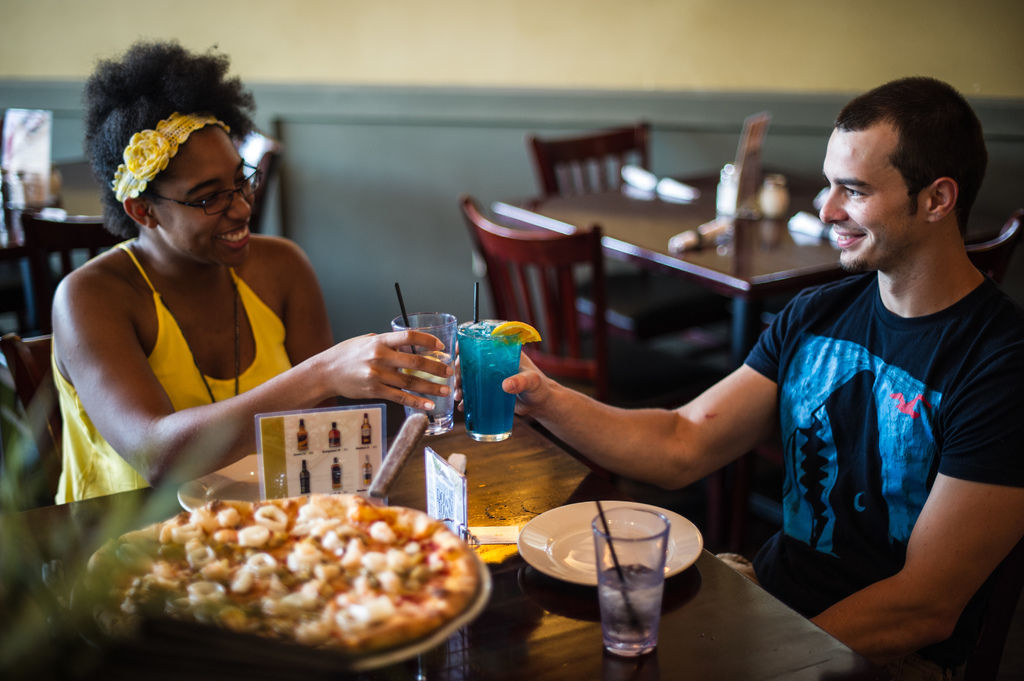 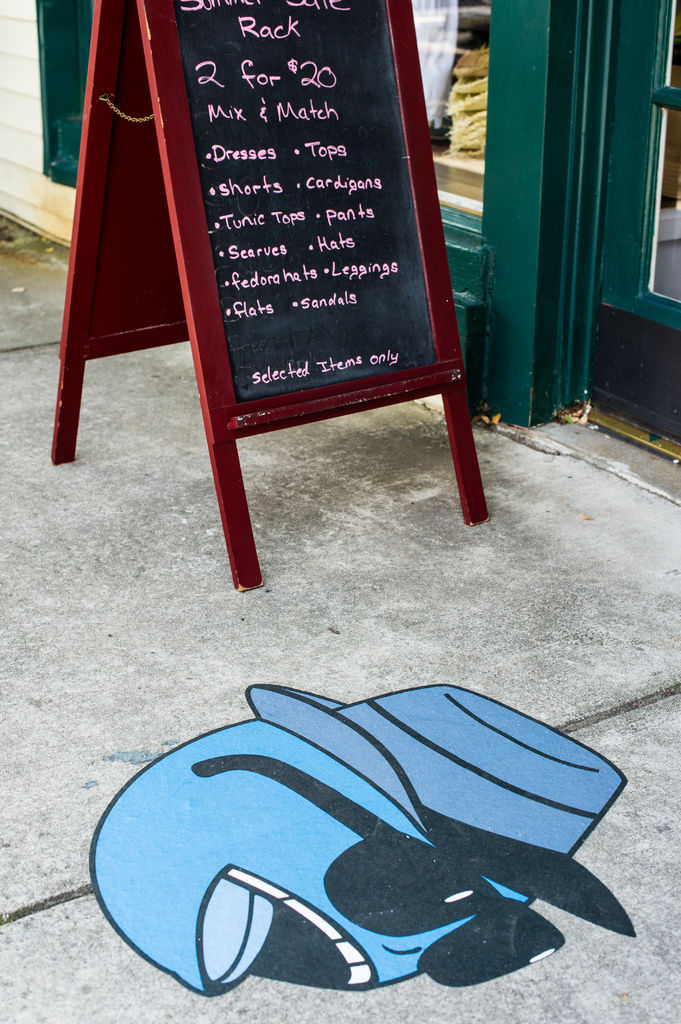 Guests are encouraged to follow the BluesBerry head decal to participating merchants and restaurants to enjoy their special drinks, food and discounts for the BluesBerry Festival. (Special Photo)

The city of Norcross is hosting its eight BluesBerry Music and Beer Festival this Saturday from 4 p.m. to 10 p.m. (Special Photo) 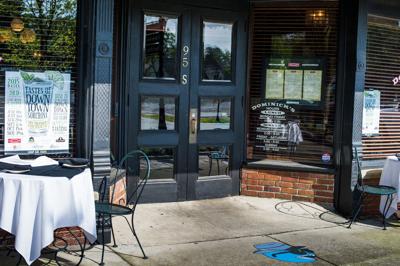 Dominick’s participated in a previous BluesBerry Festival and featured the BluesBerry head decal outside to let guests know about their blueberry specials. (Special Photo)

Guests are encouraged to follow the BluesBerry head decal to participating merchants and restaurants to enjoy their special drinks, food and discounts for the BluesBerry Festival. (Special Photo)

The city of Norcross is hosting its eighth BluesBerry Music and Beer Festival this Saturday from 4 to 10 p.m. The festival will take place in Norcross’ Betty Maudlin Park and Jones Street.

“I want it to be about the music,” said BluesBerry founder and organizer Mike Holley. “That is what BluesBerry is about. BluesBerry is about bringing local musicians in a setting in front of the city hall with a huge stage right downtown. They are the locals bands that play around town, and what I am doing is bringing them all together for one festival.”

Holley himself will be performing with The Real Deal Blues Band as drummer.

In addition to the live blues music, Norcross’ downtown merchants and restaurants will be creating signature “BluesBerry” cocktails, desserts, specials and more.

The festival is free to attend with special ticketing and pricing for the beer tasting event.

“Summer and blueberries go hand-in-hand and at the city of Norcross, that gives reason to celebrate,” said Norcross Mayor Bucky Johnson. “In celebration of longer days, warmer nights and the season’s freshest berries, we are pleased to host the BluesBerry Music and Beer Festival.”

Iron Horse Tavern, located at 29 Jones St., will host the beer tasting event with an assortment of beer trucks located in its parking lot. Tickets can be purchased for $5 a beer inside the Iron Horse Tavern. A variety of craft beers will be available for tasting, including Sweetwater, Abita, Orpheus, Ballast Point, Ommegang, Southbound, Rogue, Goose Island, Jekyll, Red Hare, Lazy Magnolia, Reformation and Monday Night.

As for the special deals, downtown merchants, such as Zapata, will be offering $7 blue frozen margaritas to keep the party going in between music breaks. Stop by Farmhouse 17 and receive a blue Norcross logo cup with every $30 purchase or visit Chalk It Up for a refreshing adult “blue punch” and 15 percent of all blue art. Dominick’s will be serving up blueberry white sangria, blueberry peach martinis and New York cheesecake with blueberry compote. Chase’s Grille and Winery will be dishing out blueberry bread pudding, blueberries and melons along with blueberry fizz cocktails. VSOP Taproom will be giving 15 percent off blueberry aged balsamic vinegar with every purchase of extra virgin olive oil and Studio 87 Yoga will be hanging out class discount cards. Other specials include 50 percent of all framed art at Stop the Clock and cheeseball samples at Good Things Home & Garden. Stop by Antique Traditions where they will be holding a giveaway for a basket of merchandise along with a special sale on select blue items and complimentary “BluesBerry” refreshments.