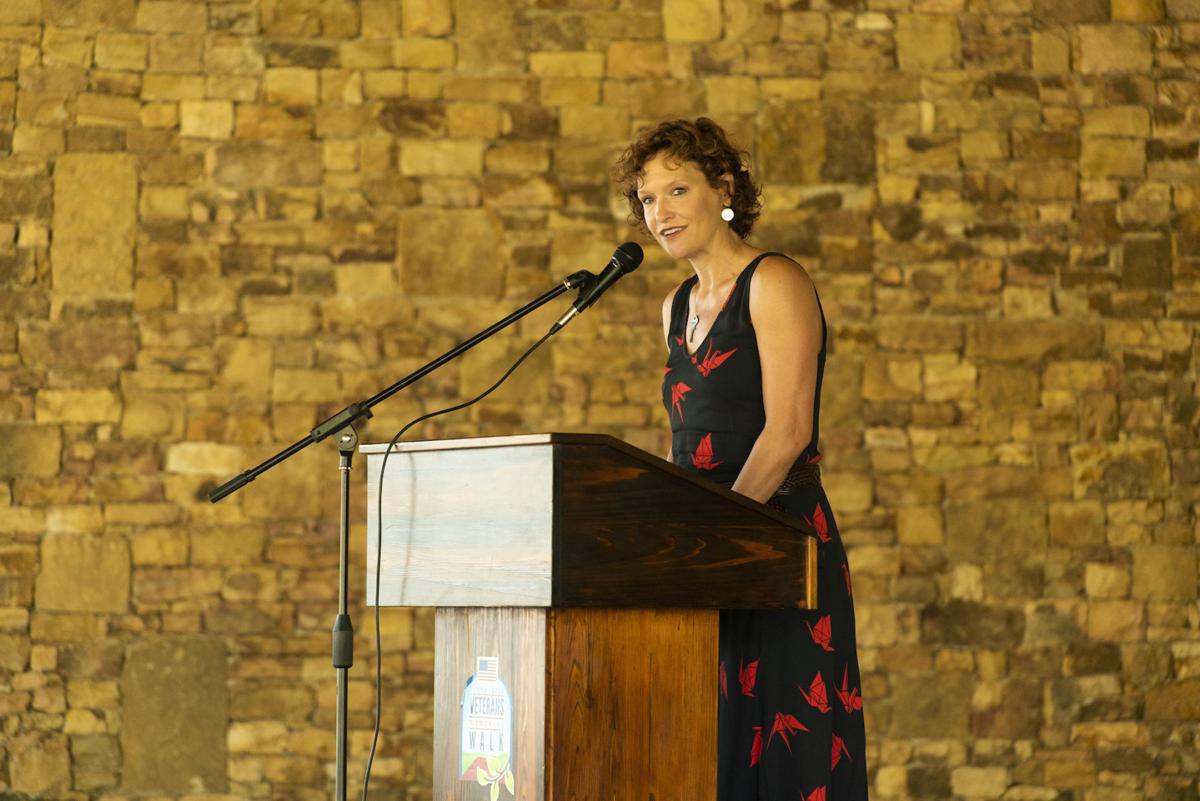 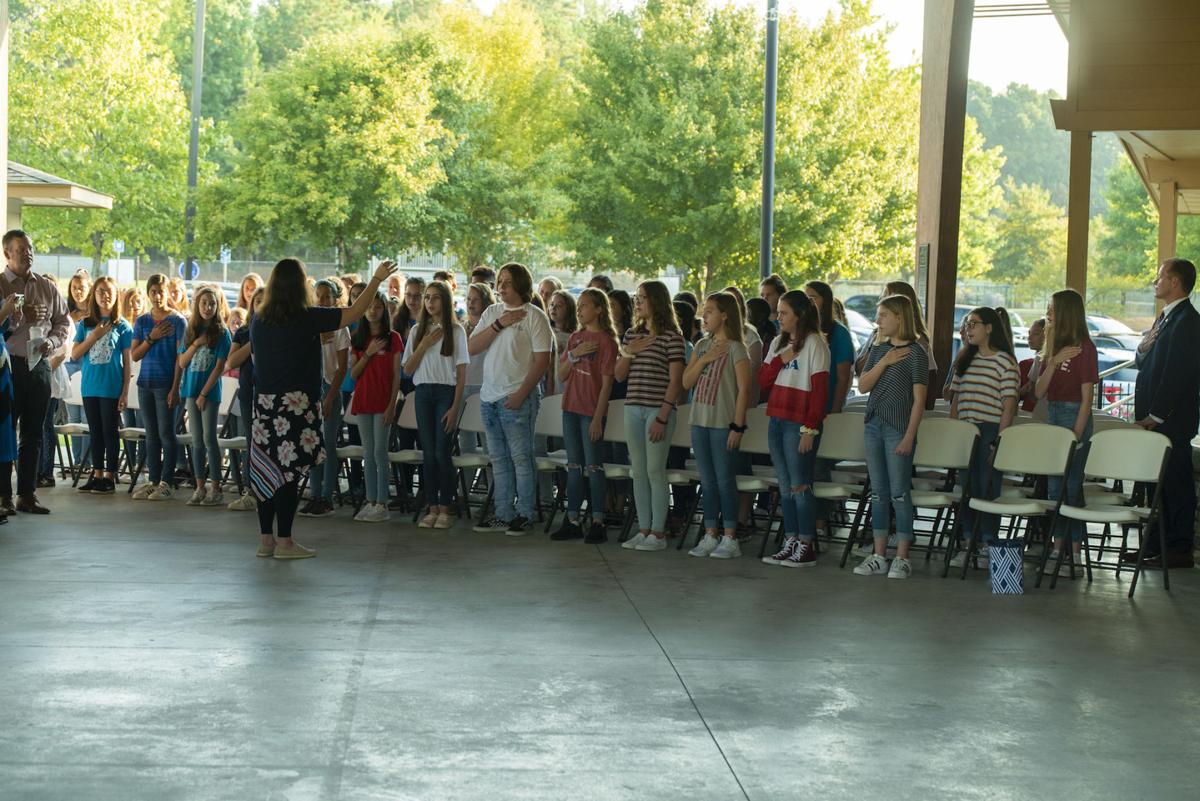 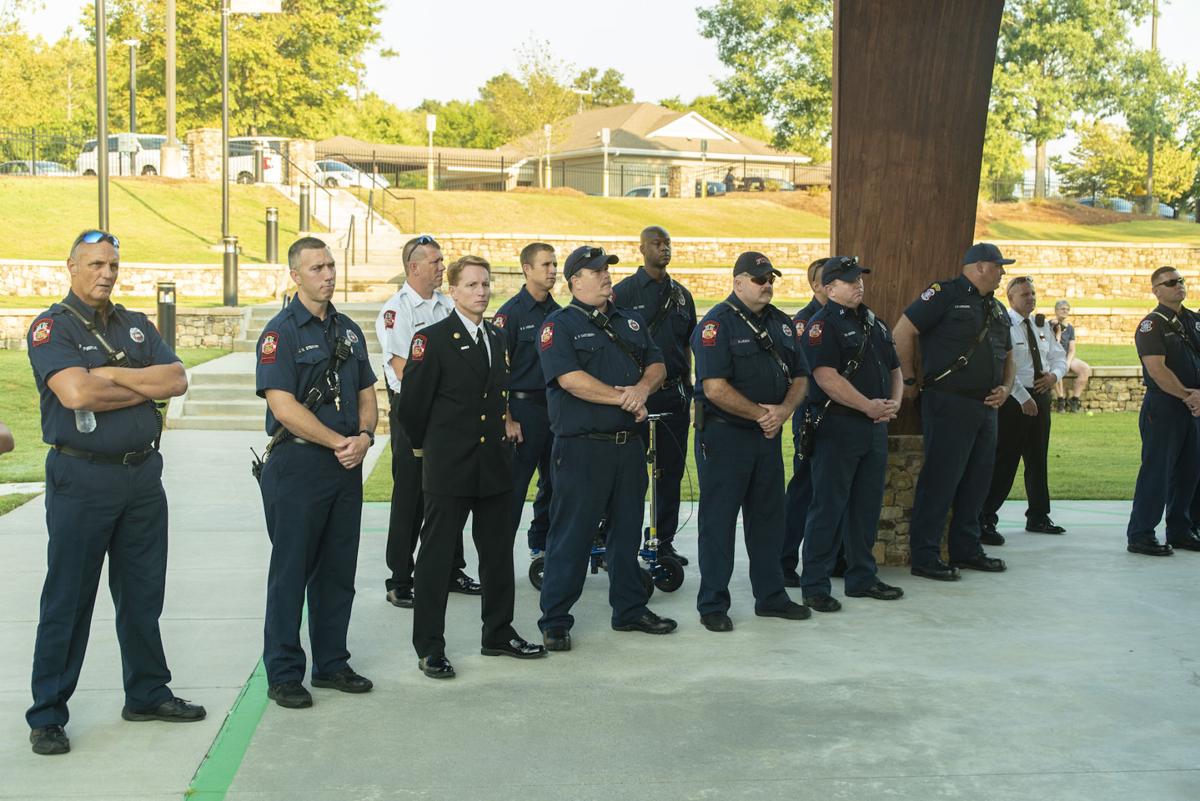 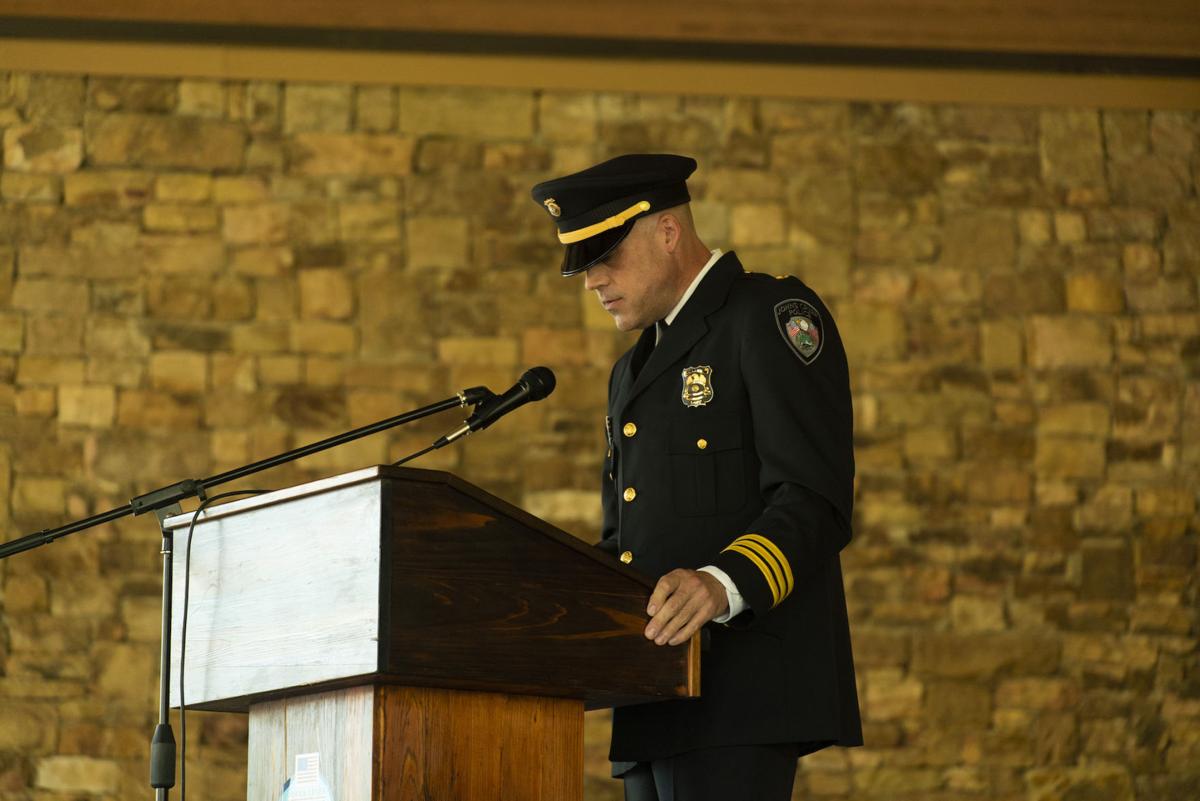 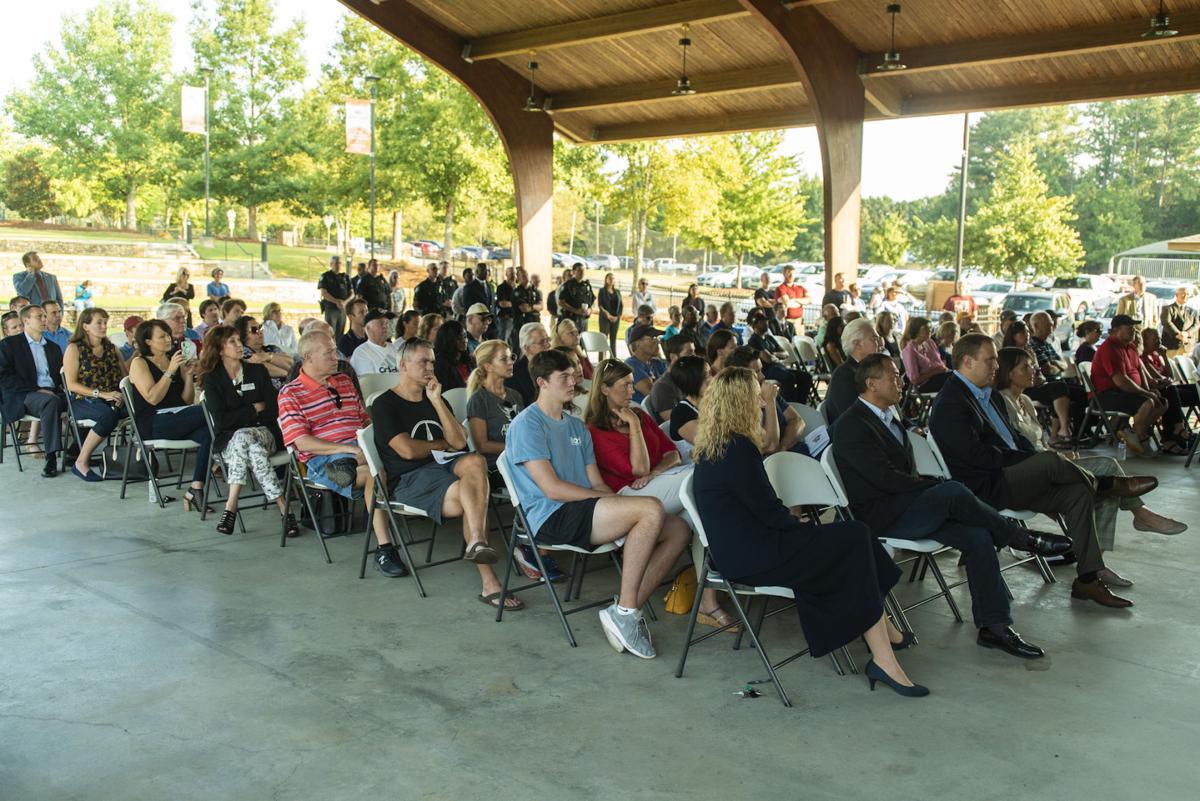 The Patriot Day gathering Wednesday at Newtown Park was well attended, with members of the community joining the city in remembering the lives lost on Sept. 11, 2001. 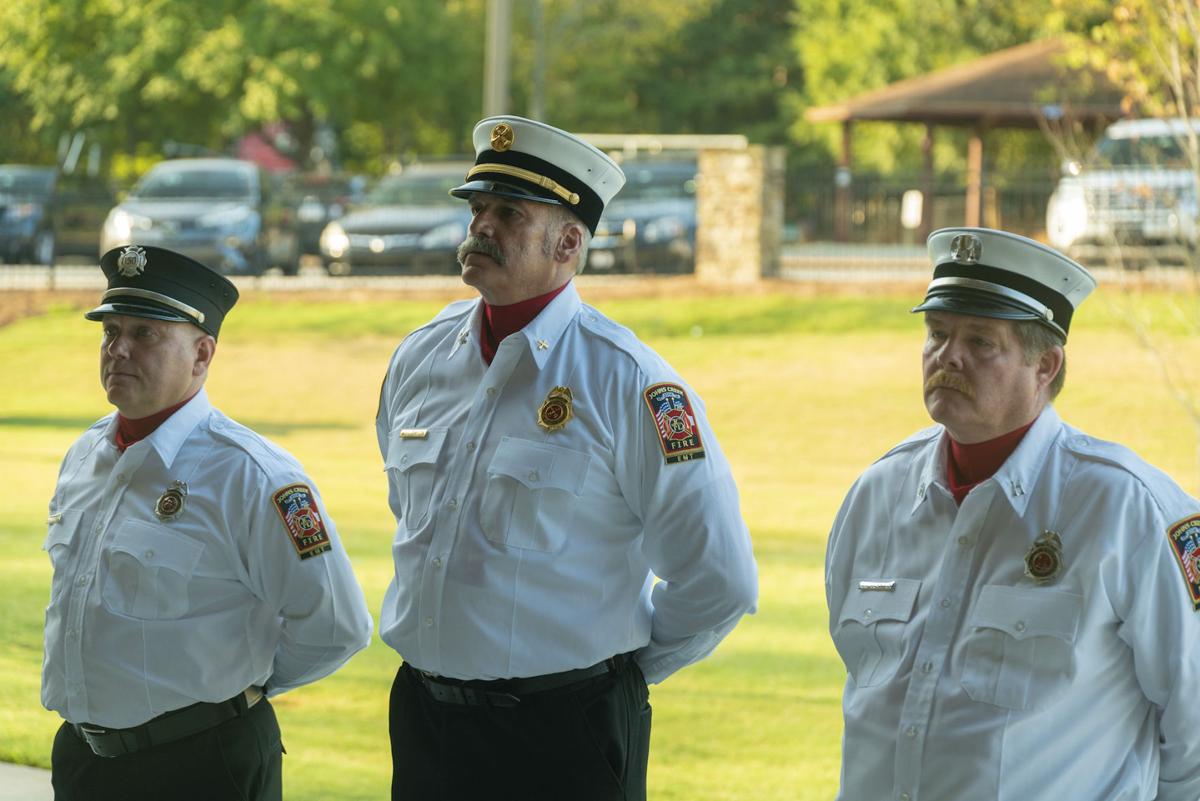 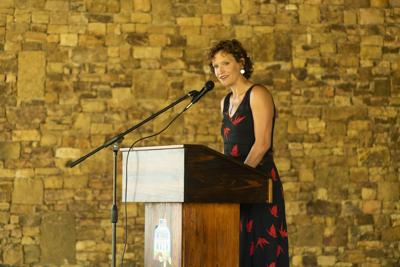 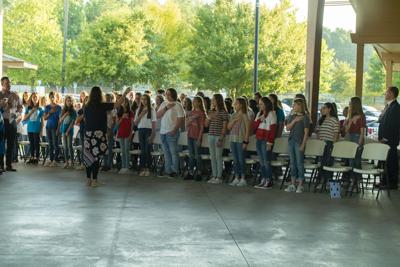 The Patriot Day gathering Wednesday at Newtown Park was well attended, with members of the community joining the city in remembering the lives lost on Sept. 11, 2001.

That was the theme for a Patriot Day event at Newtown Park commemorating the lives lost on 9/11.

Memories of the horrifying events are cemented in the minds of Americans all over the country as they recall exactly where they were when they learned the news. However, few can say they experienced the terrorist attacks from the perspective and physical proximity of Beth Zampieri, now a Johns Creek resident.

Zampieri, who spoke at Wednesday’s event, had just started her job on the 51st floor of Tower One three days before Sept. 11, 2001.

“It truly was a dream … I was a 24-year-old girl from Minnesota with a window cubicle on top of the world,” Zampieri said. “At 8:46 a.m. Tower One was hit. The building shook violently … I remember thinking it had to be an earthquake, because what else could it be?”

Moments later, she saw large piece of the building falling from above. Zampieri said she followed others into a very crowded stairwell, where they slowly descended.

“There was the clear smell of gasoline in the air … at points during our descent, the smell of gas was very overwhelming. We would stop at AC vents to breathe in fresh air.”

As they neared the 20th floor, Zampieri and those in the stairwell with her moved aside for firemen climbing the stairs.

“I can’t describe the relief I felt of seeing the firemen. I remember saying to a co-worker, ‘if they can get in, we can get out,’” she said.

Once outside, police and firemen ordered the crowd to “run and do not look up.”

She concluded by urging those in attendance to be grateful for firefighters and policemen who “choose to run into the buildings, so that we can run out.”

Maj. Chris Byers of Johns Creek Police also spoke Wednesday, remembering his thoughts from 9/11 and highlighting the determination he feels – and hopes others feel as well – “to protect our way of life and resolve to lead our country and world for generations to come.” Wednesday’s event also featured a performance of “America the Beautiful” and “Bright Morning Star” by Autrey Mill Middle School’s chorus, led by Choral Director Vanessa Edwards. A posting of the colors was performed by the Johns Creek Fire Department Honor Guard.

The gathering was hosted in partnership with Rotary Club of Johns Creek/North Fulton.

Russell Thompson, a Johns Creek resident who attended Wednesday, said he was appreciative of the organizers for “keeping this in our memories. It’s hard for us to forget what happened, because we were alive when it happened. Future generations, they need to be reminded so that we – we, as a country – never forget the impact it had.”

CDC expected to announce first US case of Wuhan coronavirus