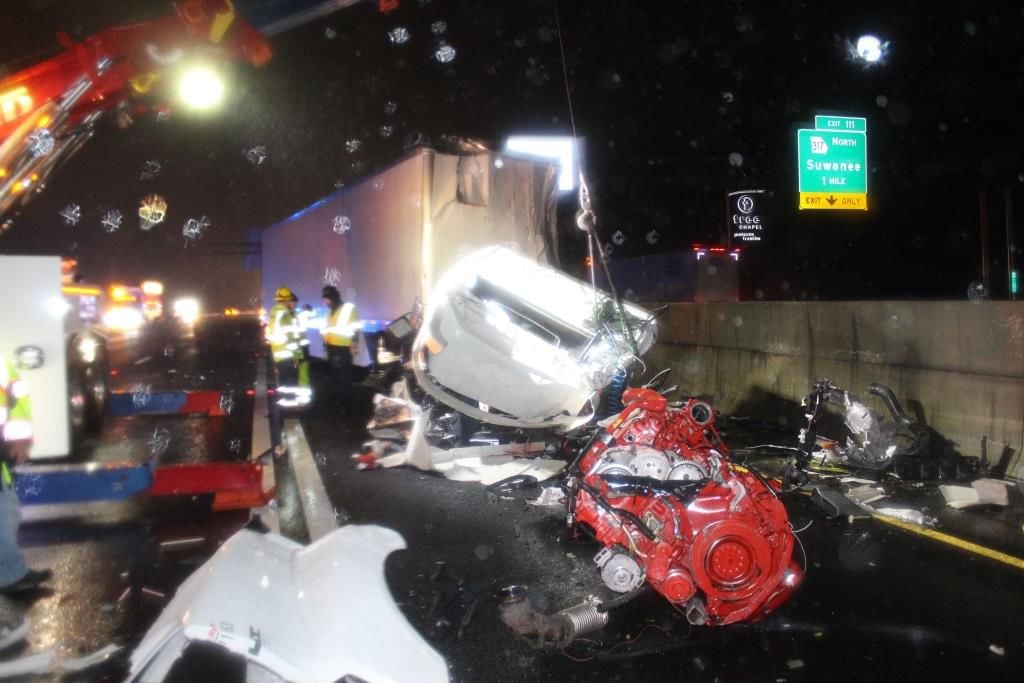 Police said two tractor-trailer drivers were killed in an accident Jan. 24 on I-85 in Suwanee. 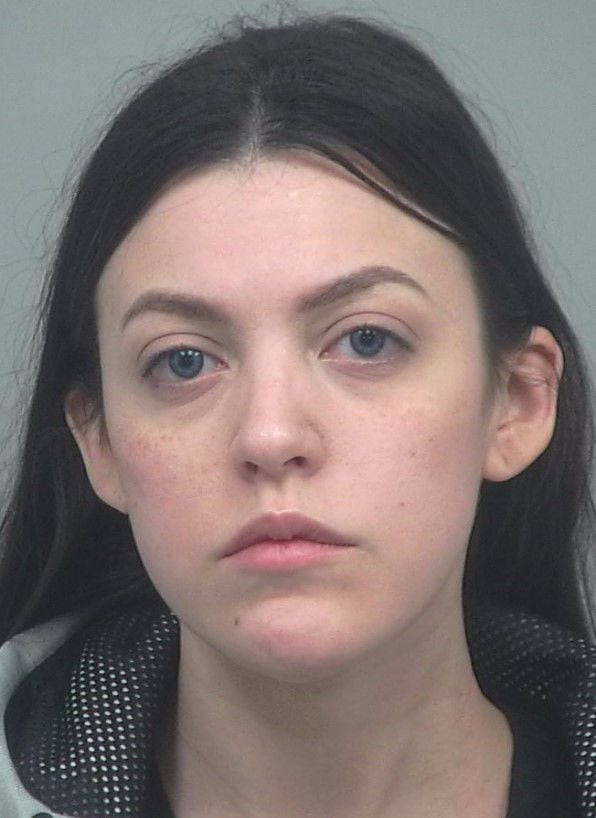 Police charged a 28-year-old woman with homicide by vehicle and other traffic charges after she was involved in an accident that killed two commercial truck drivers and shut down Interstate 85 for several hours Friday morning.

Police said Leah Knox was arrested and transported to the Gwinnett County Jail after being released from the hospital. Police charged her with homicide by vehicle, failure to maintain lane and driving too fast for conditions. Police said alcohol consumption does not appear to be a contributing factor; however, speed and weather conditions are being investigated.

Gwinnett County police officers responded at 1:30 a.m. on Friday to the crash on I-85 southbound between Lawrenceville-Suwanee Road and Old Peachtree Road in unincorporated Suwanee. Officers saw three vehicles involved in the crash, two tractor-trailers and Knox’s grey 2009 Mitsubishi Eclipse.

Police said the drivers of both commercial tractor trailers were dead. The victims were 63-year-old Stockbridge man Robert Kent and 50-year-old Decatur man Raymond Samuel. Knox was transported to a hospital with non-life-threatening injuries.

Based on the preliminary investigation, evidence at the scene and witness statements, investigators believe Knox lost control of her car and made impact with a guardrail on the right side of the roadway. The tractor-trailer driven by Kent struck the Mitsubishi after it bounced off the guardrail and reentered the roadway. Kent’s vehicle continued forward and struck the center median wall.

Police said the movements of the tractor-trailer driven by Samuel are still being investigated. Investigators are trying to determine whether it struck the Mitsubishi or Kent’s tractor-trailer.

Police announced at 3:29 a.m. that all lanes had been shut down on I-85 southbound and encouraged commuters to exit north of Lawrenceville-Suwanee Road and south of Old Peachtree Road to avoid the closure.

A follow-up investigation at the scene of an accident that happened last week and killed two commercial truck drivers will be conducted shortly after 11 a.m. starting at Buford Drive from both I-985 and I-85.

So sad all the lives runied. however not surprising since normal speed in that area is 20 miles over the speed limit. How about some enforcement of traffic laws?

Here's your chance to design equipment for NASA's proposed Venus rover and win $15,000

Avalanche in Colorado partially buried a snowmobiler, and it was all caught on video