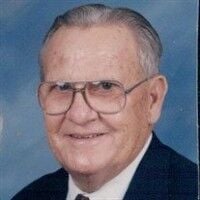 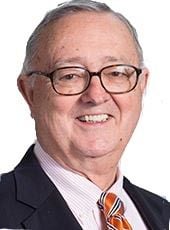 Dacula and the Harbins community lost a cherished member when Winford Vernon Lindsay Sr. died Nov. 1. He lived a half a year beyond age 100.

Winford was a giant of a gentleman, the son of a farming family, and Bible scholar. He may have been the last surviving Gwinnett County resident who had been a member of the Civilian Conservation Corps, prior to enlisting in the U.S. Army Air Corps in 1940. After basic training, he was stationed at Lockbourne Army Airfield in Columbus, Ohio. Later his military career would take him to Elmendorf Air Base in Anchorage, Alaska, as an aircraft mechanic and flight engineer on the Boeing B-29 Superfortress. While in service, he took classes from the University of Maryland.

He was also sent to North Africa at Wheelus Air Base in Libya. Among his assignments while at Wheelus was duty as the head basketball coach of the Air Force goodwill basketball team. His final military assignment was at Chanute Air Force Base in Illinois, where he was discharged in 1960. He retired as a master sergeant.

It was when he was in Ohio that he met Margie Louise Stephens, and they were married in 1944. That marriage lasted for 68 years until her death in 2012.

Margie and Winford returned to Georgia after retirement, and purchased Dacula Quality Grocery on Main Street, which he operated until 1974. Small grocery stores in those days require long hours. Some days Winston would get up at 3:30 a.m. to go to the Farmers Market to stock up on produce, or go to the wholesale grocer in Grayson, to be back by 7:30 a.m. to open the store, and usually not close the store until 8:30 at night. During those years, he also purchased a cattle and hog farm in the Harbins area, which he continued to operate raising Angus cattle on 66 acres until 2008.

Meanwhile, the Lindsays were mainstays of the community, and members of Dacula First Methodist Church. Winston also served from 1964 until 1991 on the Gwinnett Municipal Planning and Zoning Commission, including serving as chairman. He was also a member of the Gwinnett County Farm Bureau’s board of directors.

Winford had good health most of his life, which he attributed to hard work.

However, when he was 84, lightning struck his tractor, which started the motor, and the tractor began rolling across the farm. Winford got in his truck and chased it. When he tried to get on the tractor, his foot slipped and he fell, and the tractor ran over him. His wife saw him waving a handkerchief, and finally got medical attention.

When in the emergency room, a nurse frantically summoned son-in-law Phil Hall to severely-injured Winford’s bedside, thinking he was to utter his last words. Winford told Phil: “Go over tomorrow to help (a farming buddy) pick tomatoes,” which was a Winford favorite pastime. The nurse was dumbfounded. Meanwhile, though severely injured from the accident, Winford recovered.

Both Margie and Winford spent their last years at The Bridge in Lawrenceville.

The Lindsays had four children, Winford (Buck) Lindsay Jr. of Lawrenceville, the late Thomas Carl Lindsay, Diane Louise Hall of Dacula, who now runs the family farm, and Chris Alan Lindsay of Bogart. He is also survived by five grandchildren and two great-grandchildren.

Earth is 2,000 light years closer to supermassive black hole at the center of our galaxy than we thought

Amazon spends another $500 million on bonuses. Some of its workers are still going on strike