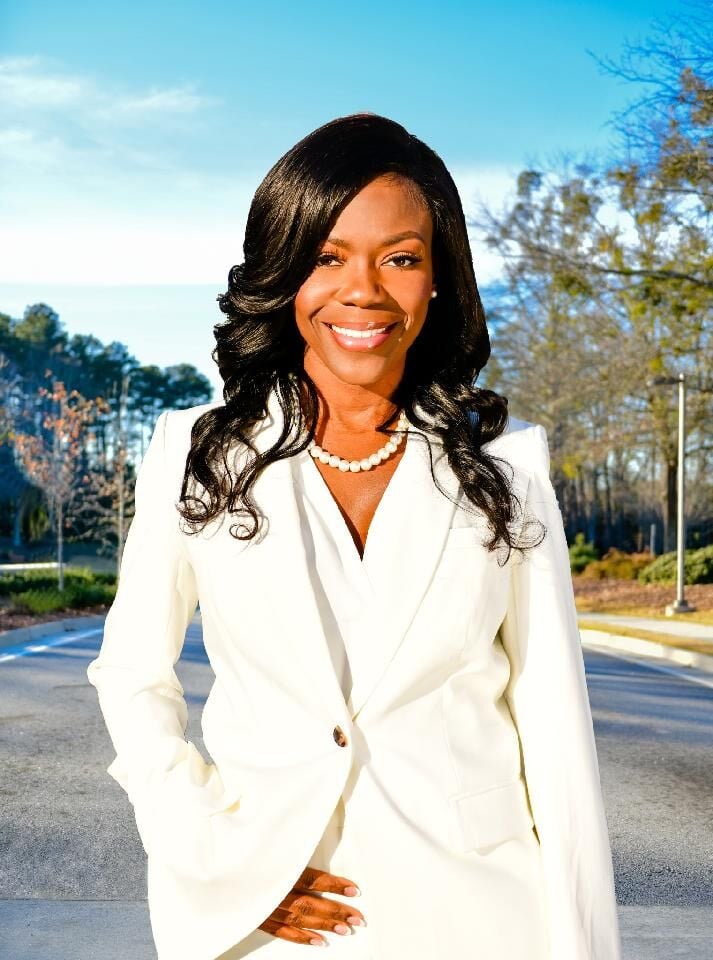 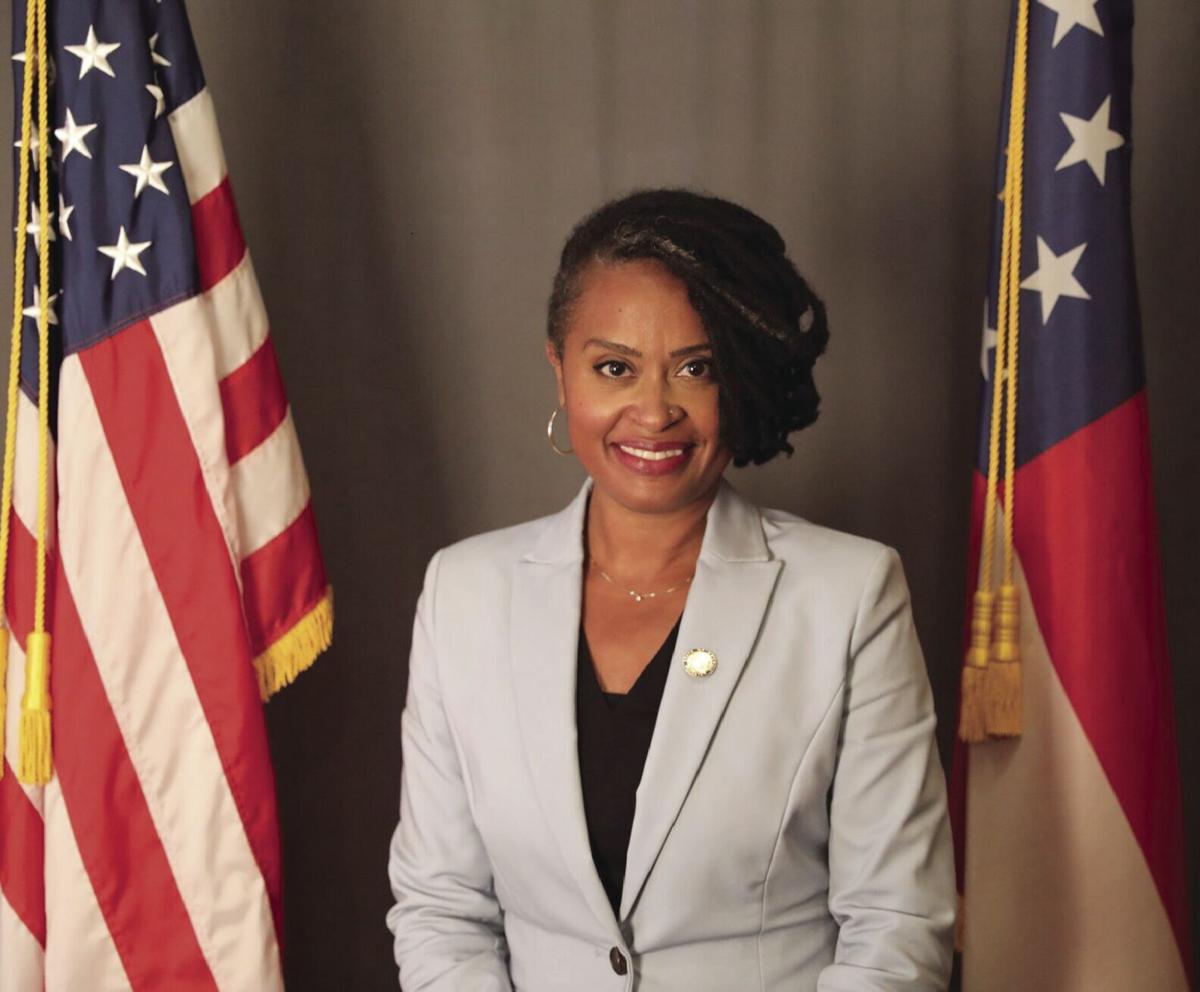 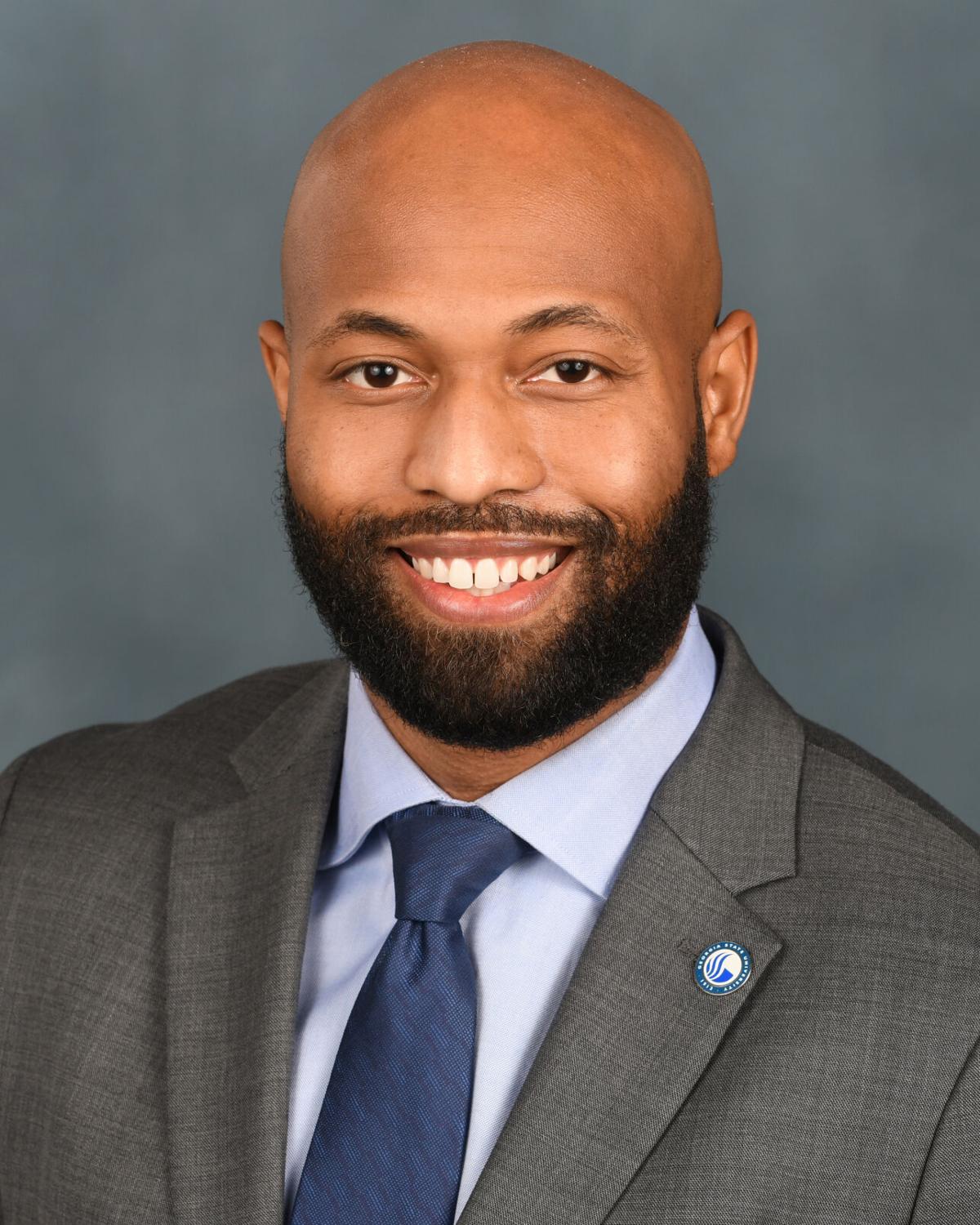 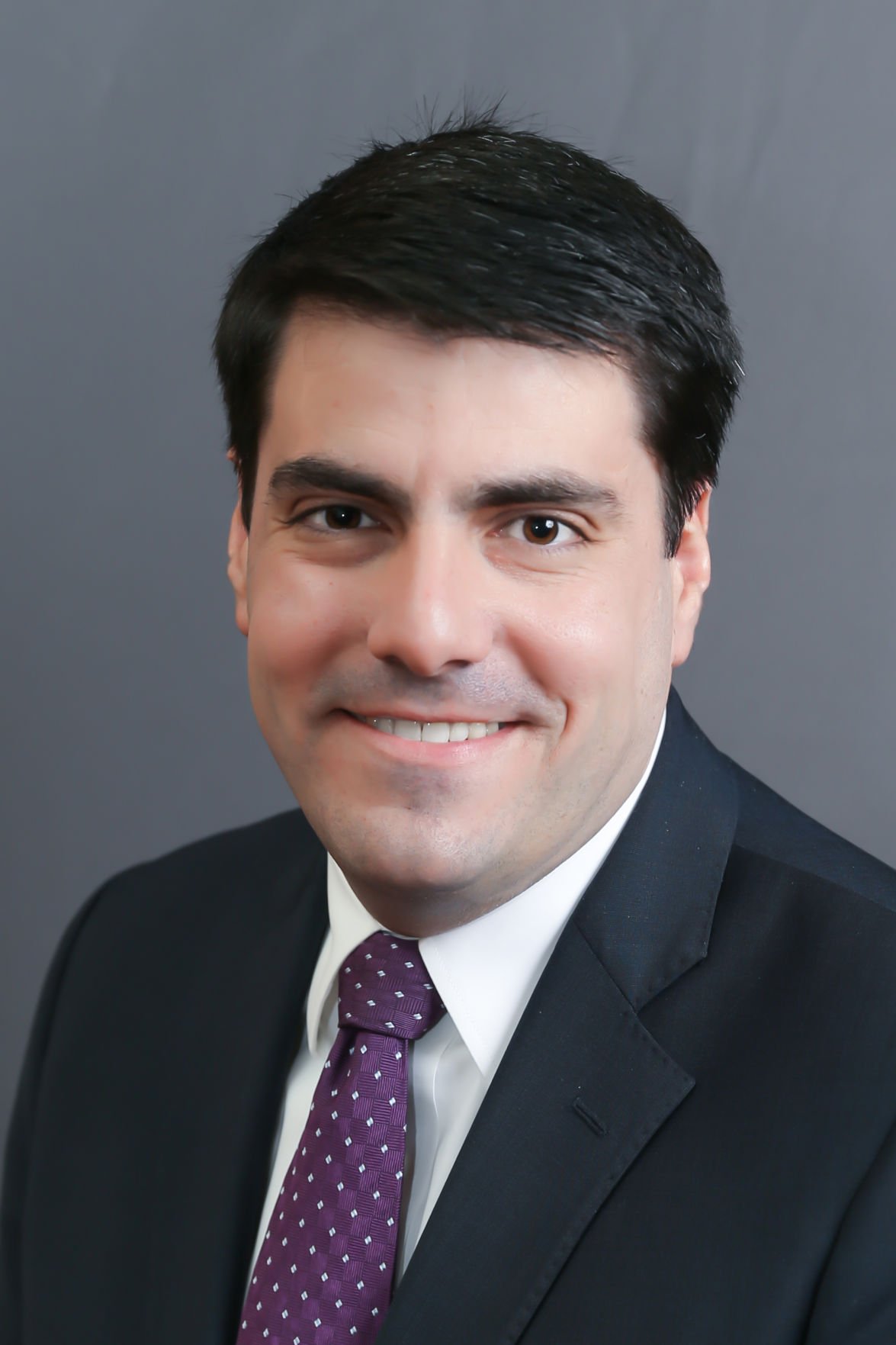 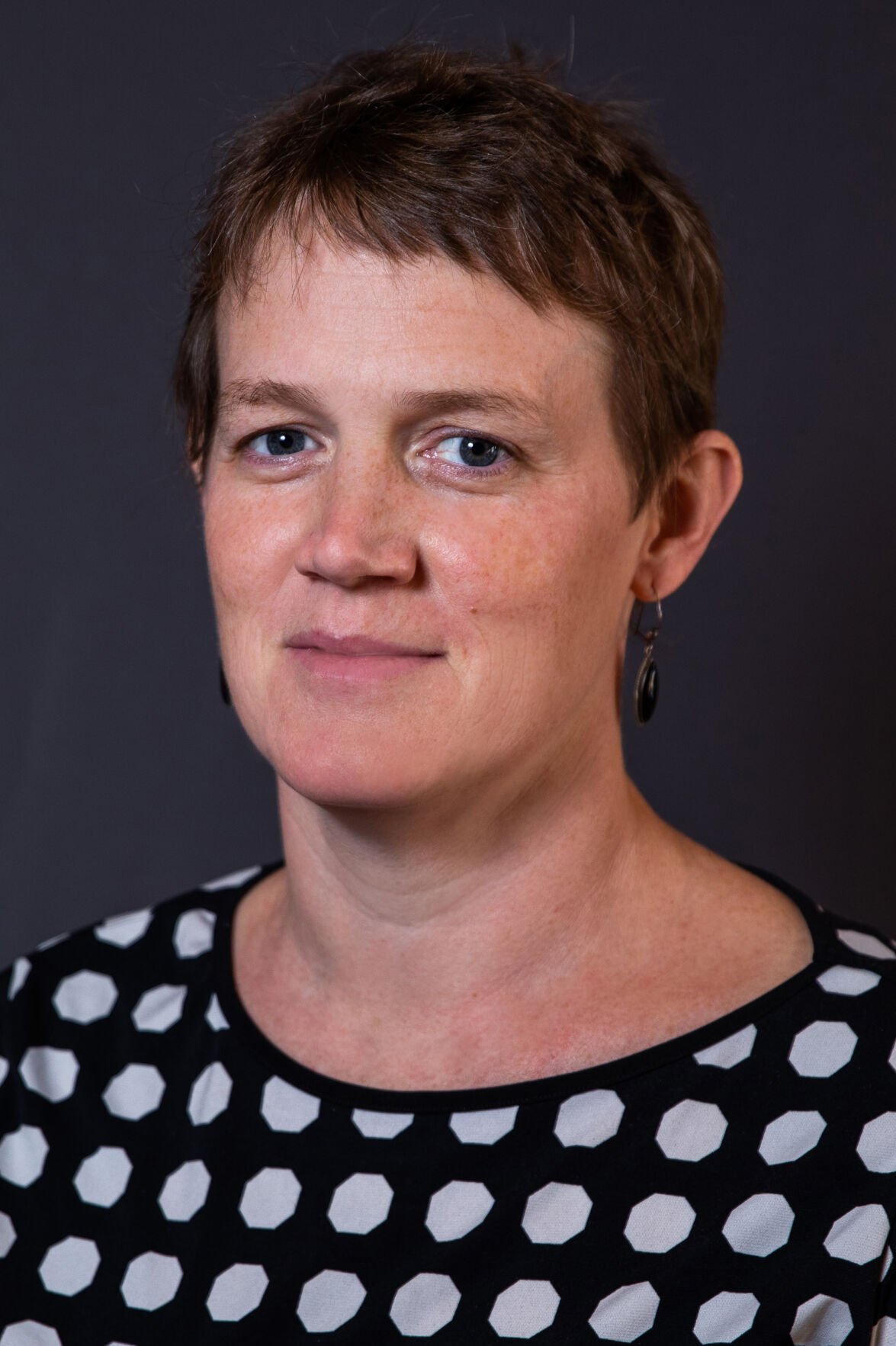 State legislators from both political parties moved this week to block Gwinnett County Tax Commissioner Tiffany Porter from charging cities that use her office for tax billing a fee that would supplement her salary.

The Georgia General Assembly passed an amendment to Senate Bill 201 on Wednesday — the final day of the 2021 legislative session — to take the responsibility of negotiating contracts with cities for tax billing from tax commissioners and hand it to county commissions in counties that have more than 14 cities. The specific language of the amendment means it applies to only Gwinnett and Fulton counties.

The amendment, which Sen. Nikki Merritt and Rep. Chuck Efstration worked on, was crafted after Gwinnett County Commissioner Kirkland Carden raised concerns about a new contract with higher fees that Porter was trying to negotiate with eight cities who use her office for tax billing. Carden said Porter, who makes just over $140,000 a year, had proposed a fee which would generate a $110,000 supplement to her salary.

“Many of us on both sides were hearing from our mayors, I got calls from constituents, I was getting emails from constituents concerned about their tax bills going up and the implications it would have on our cities,” Merritt said during a virtual discussion with Gwinnett high school Democrats on Thursday.

Although legislators passed the bill with the amendment, it isn’t official yet. The bill must be signed by Gov. Brian Kemp — who has the power to veto it if he choses to — before it can become law.

The cities of Berkeley Lake, Dacula, Grayson, Lawrenceville, Lilburn, Peachtree Corners, Snellville and Sugar Hill use the county’s tax commissioner’s office to do their tax billing. They had a previous contract with the office that expired when Porter defeated former Tax Commissioner Richard Steele.

The new contract — which is the subject of ongoing negotiations — including a $1.80 per tax parcel fee that would go to the county as well as a $2 per parcel fee which would go to Porter.

Porter’s office said at the beginning of the week that three of the eight cities had verbally agreed to the contract, but declined to specify which cities they were since negotiations were still underway. At the time, Porter argued the proposed contract was not the “greedy pay raise” that it had been portrayed as.

“I am 100% satisfied with my salary and job, which is the Gwinnett County tax commissioner,” Porter said on Monday. “I did not run or agree to be the tax commissioner for any city. I question the morality of additional responsibility without additional compensation.”

Merritt said state law does allow tax commissioners to collect taxes for cities for a fee, and that Porter’s proposal was therefore not illegal.

The senator said the law was set up for smaller counties where a tax commissioner make far less than a tax commissioner in a county like Gwinnett or Fulton takes home in a year, however. In 2019, it was reported that Fulton County Tax Commissioner Arthur Ferdinand was using these fees collected from cities in his county to boost his compensation to about $490,000 a year.

“They were making $40,000, $50,000 (and) they could collect the extra fees from the cities as they were collecting their taxes,” Merritt said. “It’s an old law. The law really needed to be updated and changed for 2021 because what we found was happening, as in the case of Fulton County, and now we see in this instance, that law can be exploited in a way that can be abusive to cities and cost our tax payers more.”

Merritt’s district includes five of the eight cities that would have been affected. Those cities were Lawrenceville, Lilburn, Snellville, Grayson and Dacula.

Grayson’s fees for using Porter’s office, for example, would have increased by 486%, according to the senator. Elsewhere the increases would have been 80% in Dacula, 113% in Lilburn, 172% in Snellville

In order to accommodate that kind of an increase, Merritt said tax payers likely would have had to pay more in taxes.

“Having to impose more fees on our cities, it would hurt us and make us pay more,” she said.

Merritt said the amendment targeted Fulton and Gwinnett specifically because it would have been “too much, too soon” to try to apply it to other counties in the state that have existing contracts.

State Rep. Rebecca Mitchell, D-Snellville, said a bill was filed before the session ended, however, to address the issue on a statewide level. She expects there will be a long discussion on that legislation, which is House Bill 835.

“It is a bill that will take longer to implement because it will take more discussion, but I think we had nine signatories on 835 so far,” Mitchell said. “I’m hoping to see discussion on this next year so that we make sure we do this better for all of the counties because there are currently 48 or 49 counties who have a system set up and we really do need to revise it.”

Carden, who is the only member of the Board of Commissioners who has previous experience as a city councilman, praised the move and thanks legislators from both parties for working together on a bipartisan solution in a statement on Thursday.

“The provisions in SB201 that prevent the Gwinnett County Tax Commissioner from negotiating contracts with cities to personally pocket huge sums of additional taxpayer money are a win for transparent governance and Gwinnett’s residents,” Carden said in the statement.

“This bipartisan legislation brings an end to a loophole that allowed tax commissioners to use their public office for personal enrichment and financial gain. Now responsibility for city-county contract negotiations falls to the Board of Commissioners.”

IN CASE YOU MISSED IT: Top Gwinnett County stories from March 29 through April 4

After contract flap, Lilburn leaders decide to do their own property tax billing

The Lilburn City Council voted this past week to begin handling its own property tax billing, rather than contracting with the Gwinnett County Tax Commissioner's Office to do it for them.

Way to go Lilburn......come on the rest of Gwinnett cities. Put nothing extra in this greedy politician's pocket.

WAKE UP GWINNETT, do you not see what you have done. By voting strictly for "democrat" or for "color" this is now, TWO, YES COUNT THEM TWO, blatant women that have immediately sought MORE PAY for what you have elected them to do. Thank GOD some people are WATCHING!!!!!!!!!

Can you believe this type of nonsense going on now? I'm glad someone decided to put a stop to this. Most of the public was unaware of this money grab. She should be voted out next time for sure.

hopefully she will pay for that next election.welcome to gwinnett.