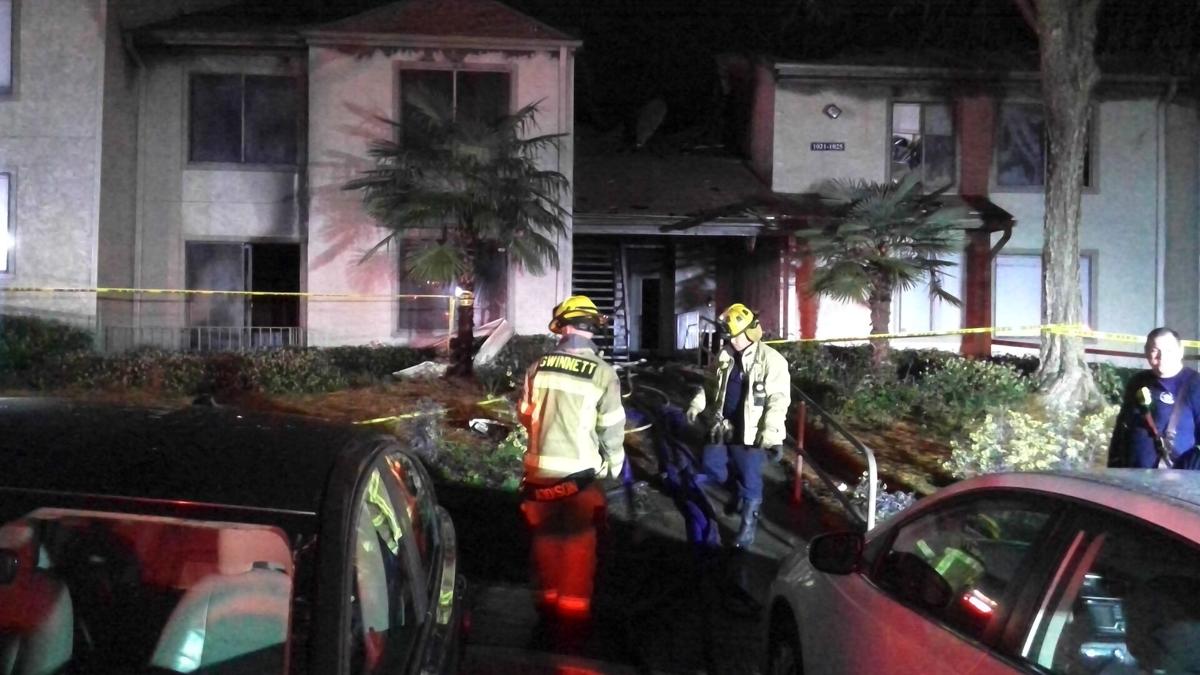 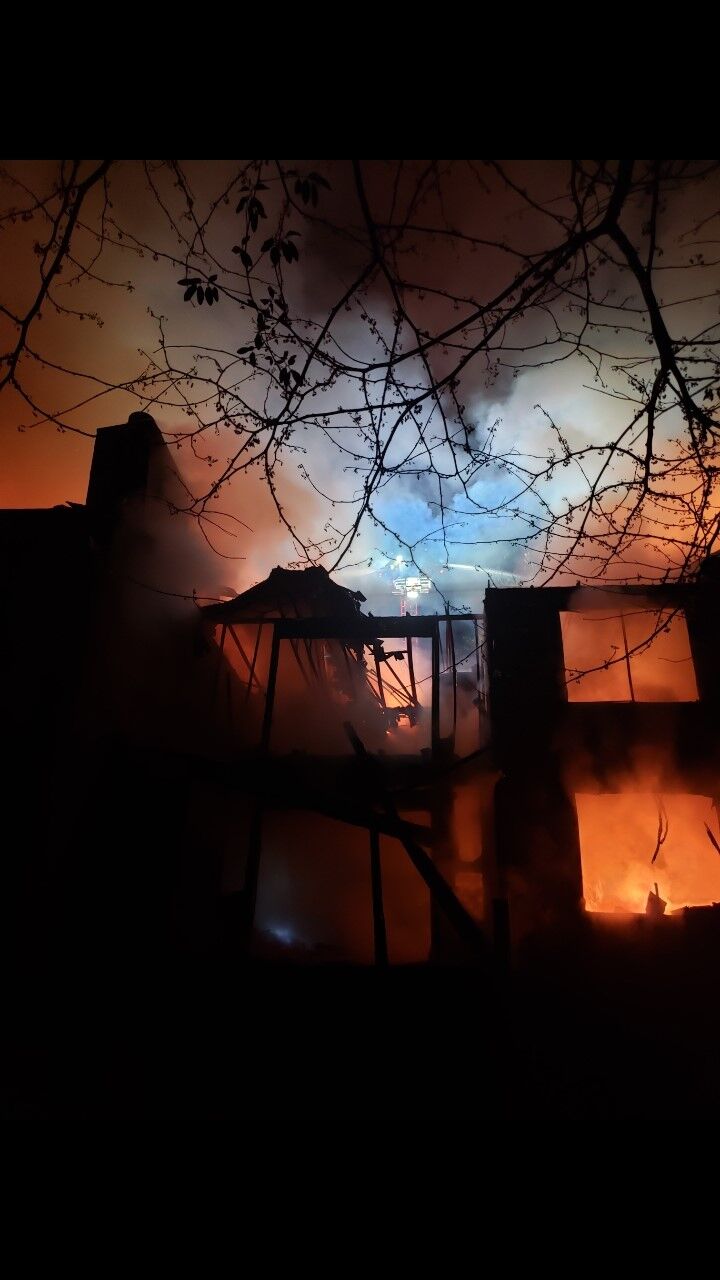 Flames are visible from apartment units at the Las Palamas Apartments complex in Norcross during a fire early Monday morning. The fire displaced 26 residents. 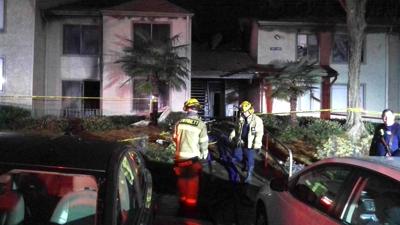 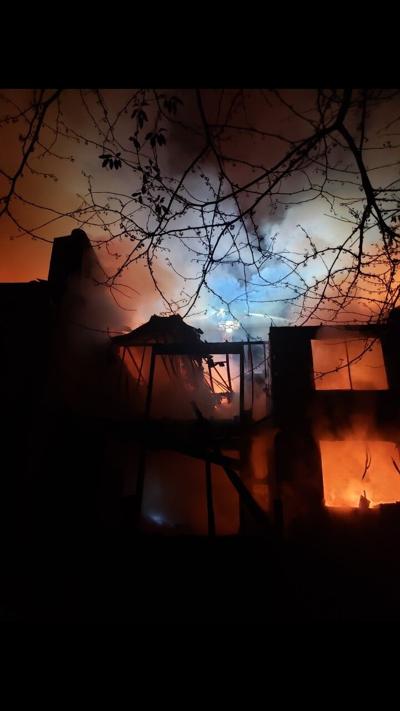 Flames are visible from apartment units at the Las Palamas Apartments complex in Norcross during a fire early Monday morning. The fire displaced 26 residents.

Firefighters were called to the Las Palamas Apartments on Seasons Parkway at 3:10 a.m. and found the back side of the building was engulfed in flames when they arrived. Capt. Tommy Rutledge said the flames had already broken through the roof of the building as well before firefighters arrived.

The residents living in the building had already evacuated it before firefighters arrived and Rutledge said no injuries were reported. Rutledge said at least one woman climbed out of a window to escape the flames.

“Per the first-due engine, one woman kicked out a window screen and climbed out on the ledge from the second floor,” he said. “She was assisted down by neighbors and police as firefighters were getting off the truck.”

Investigators believe the fire was an accident and spread from a patio in the center of the back of the building.

The flames spread quickly to apartments on the second and third floors of the building, as well as the attic.

The investigators are unable to determine whether the fire was the result of smoking materials or electrical components, however, because of the extent of the damage.

Rutledge said fire attack and water supply hoses were used to make an “aggressive” transitional-offensive attack on the fire.

Rutledge said The Red Cross provided assistance to the residents who were displaced because of the fire.

The fire was brought under control at about 3:35 a.m.