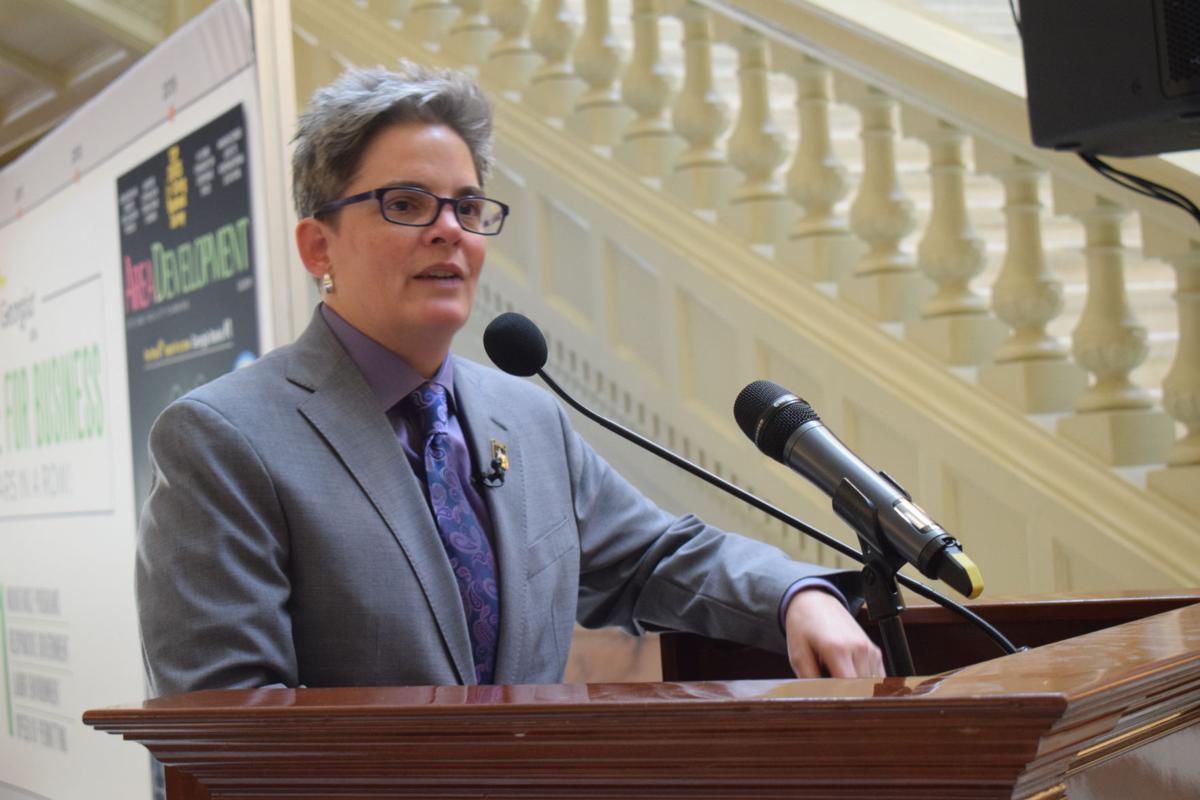 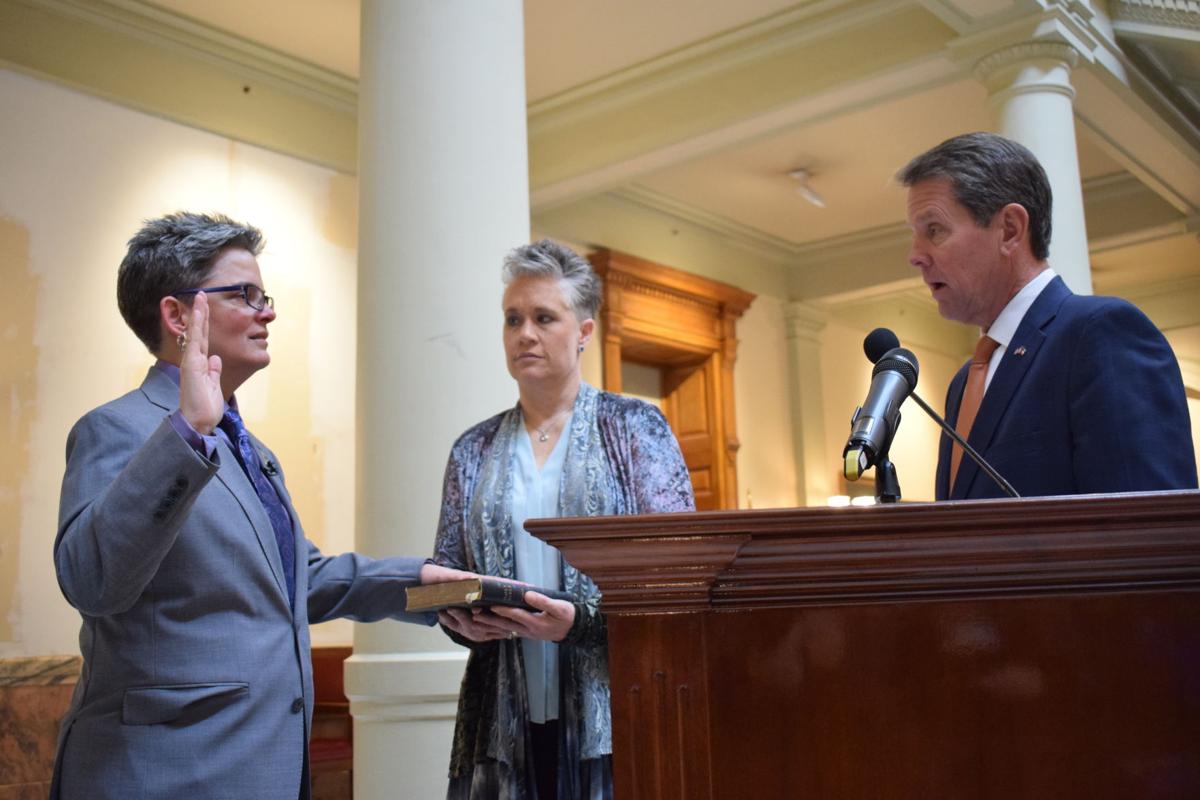 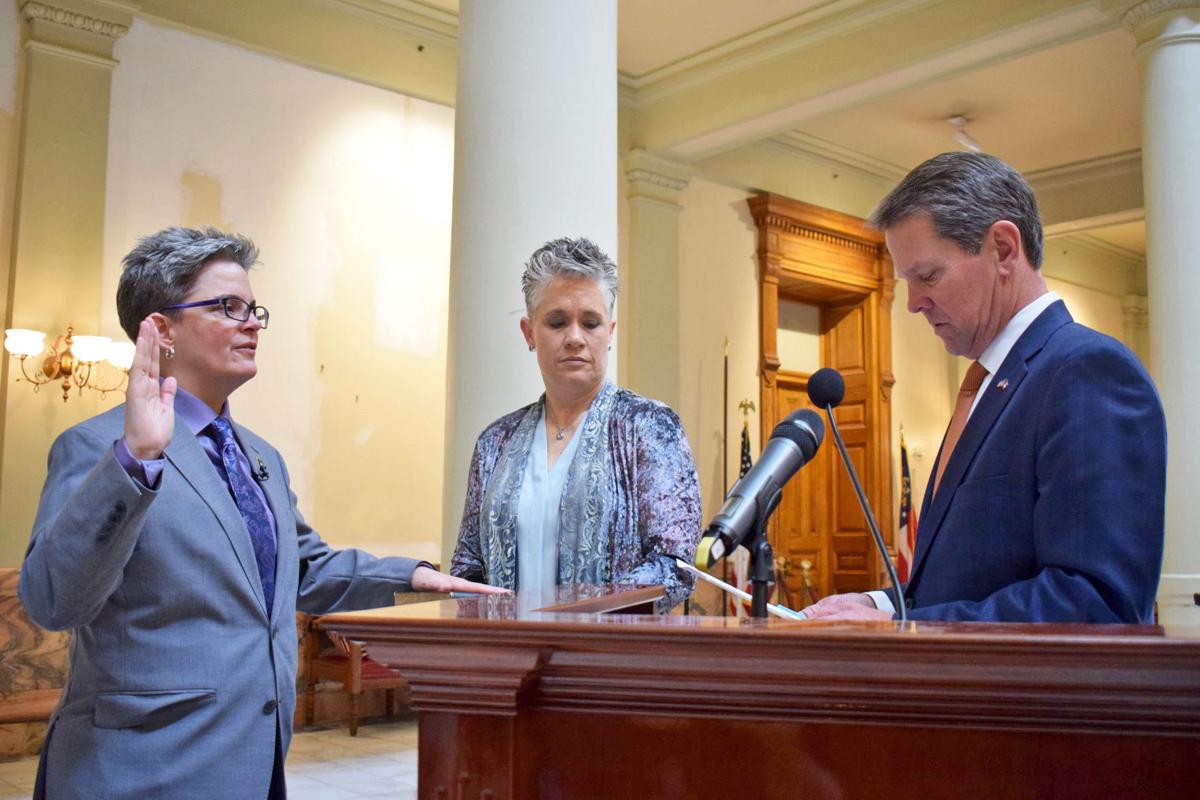 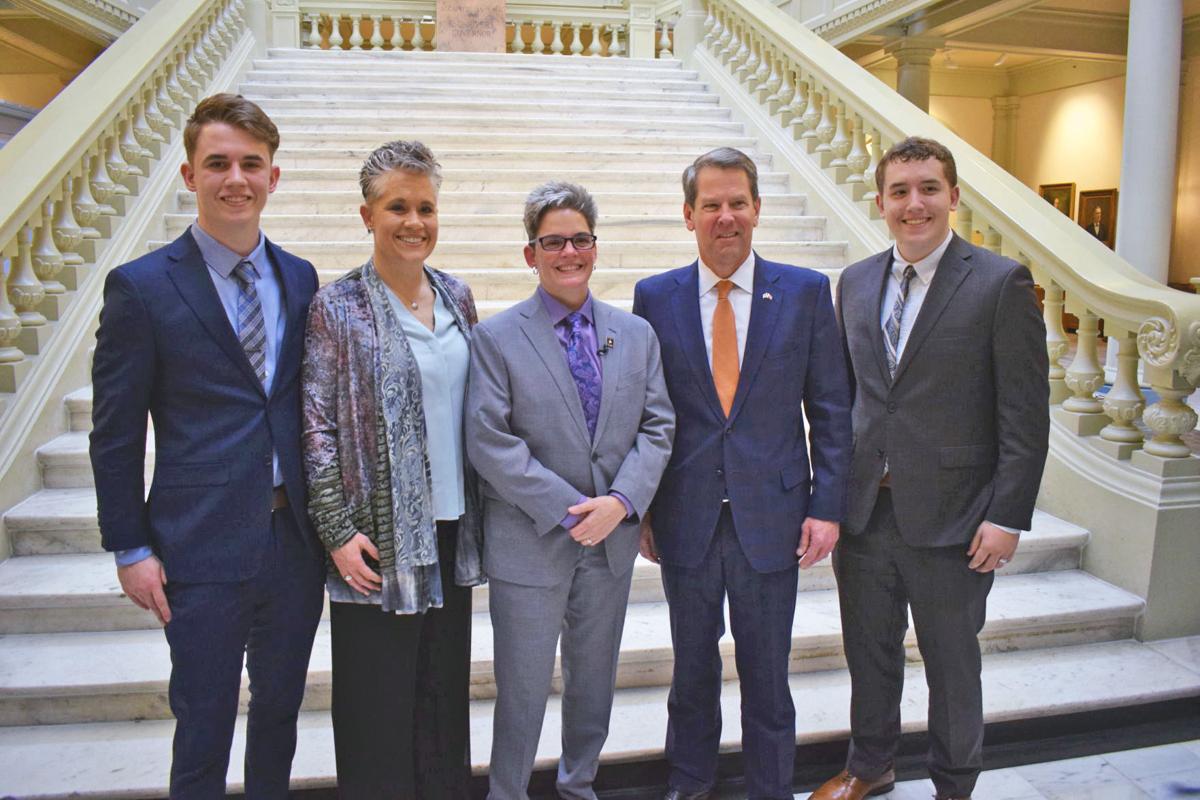 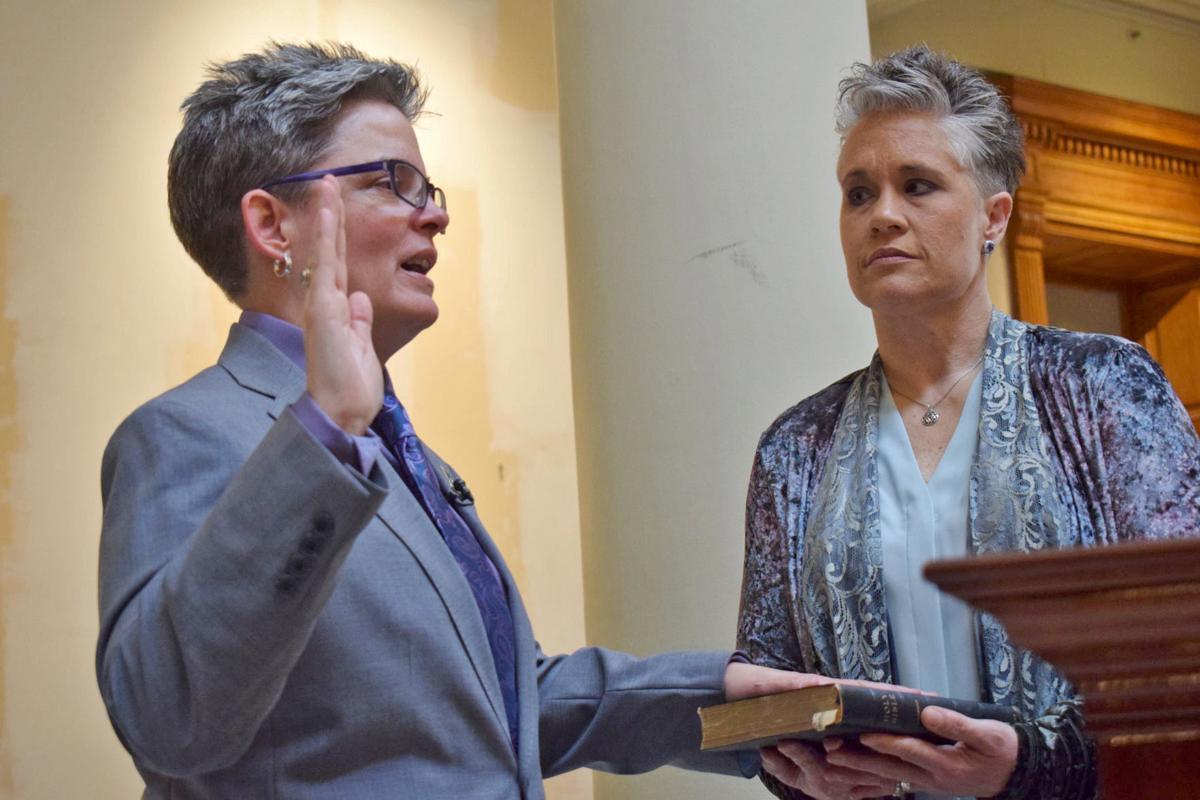 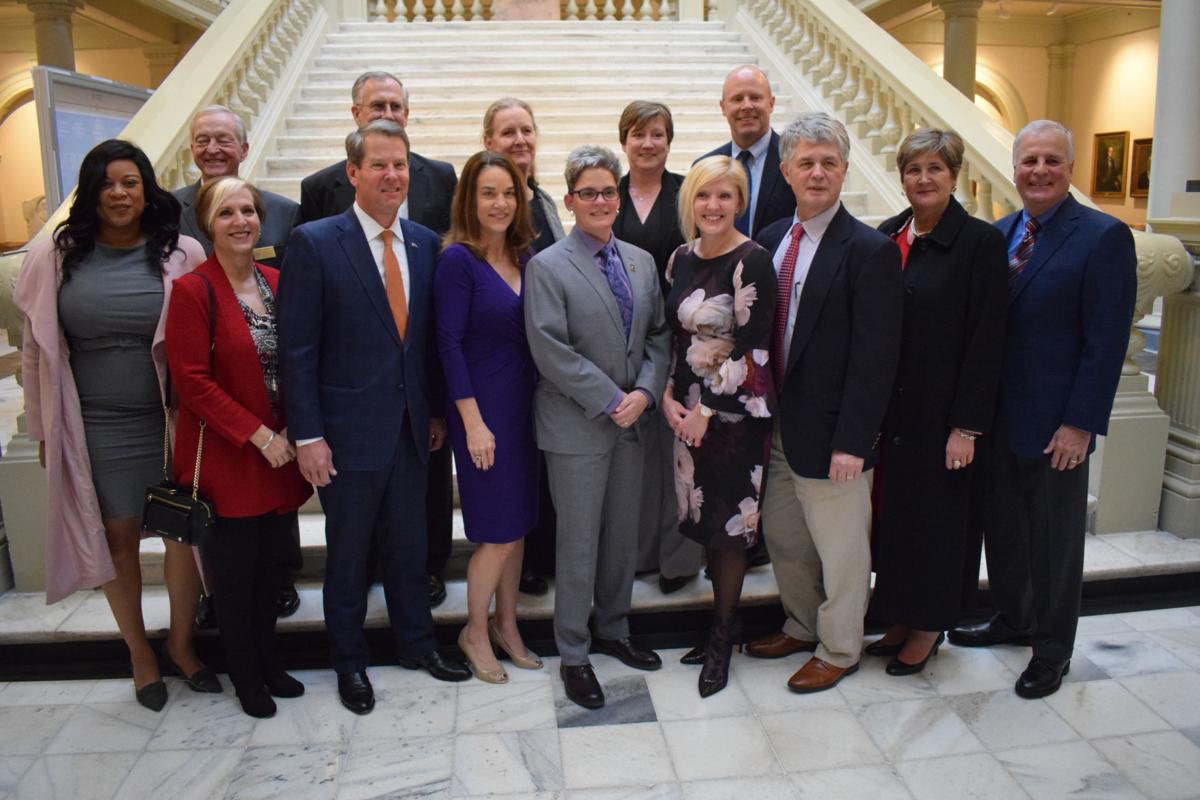 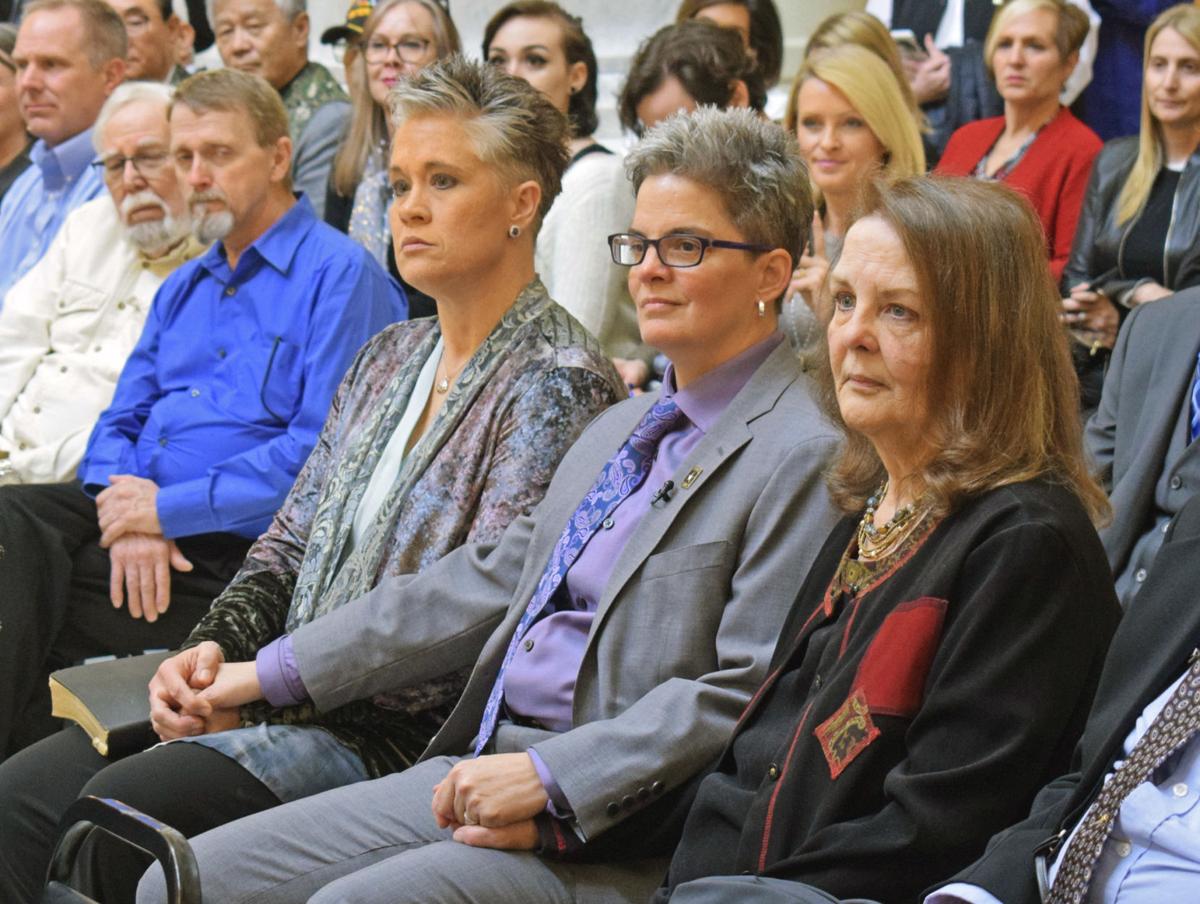 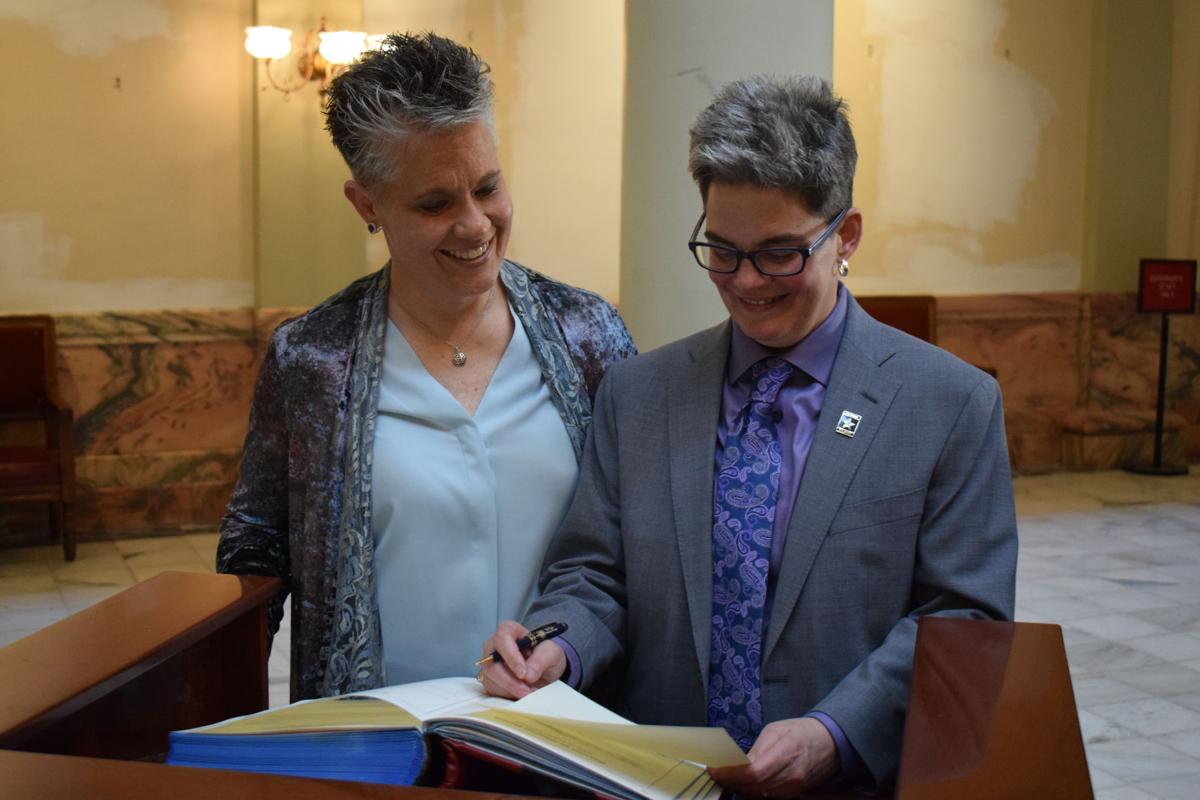 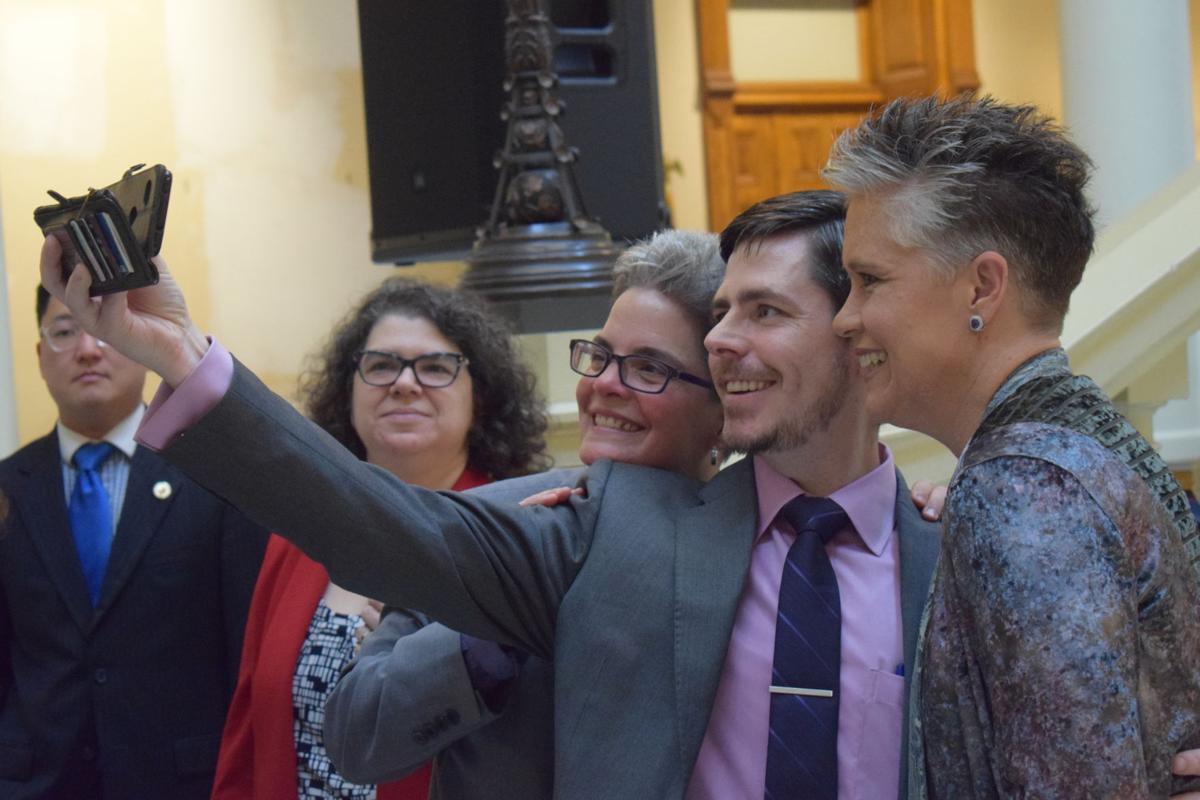 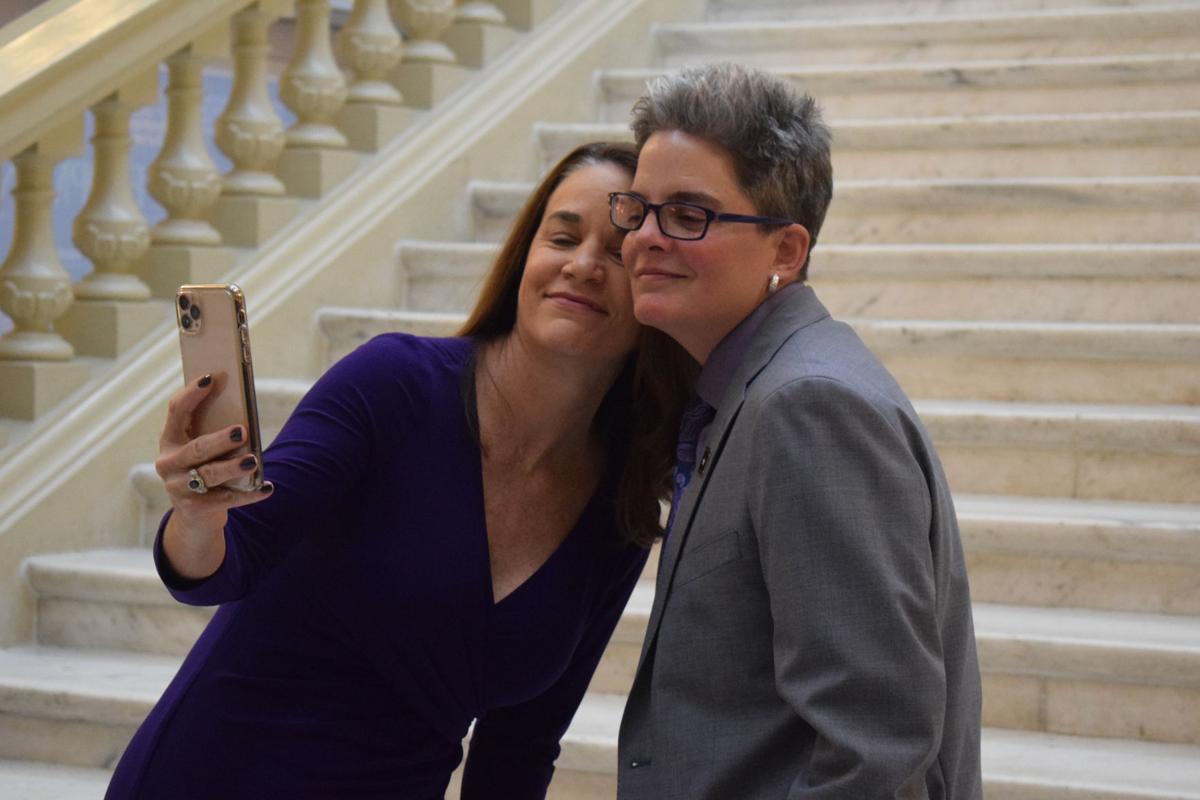 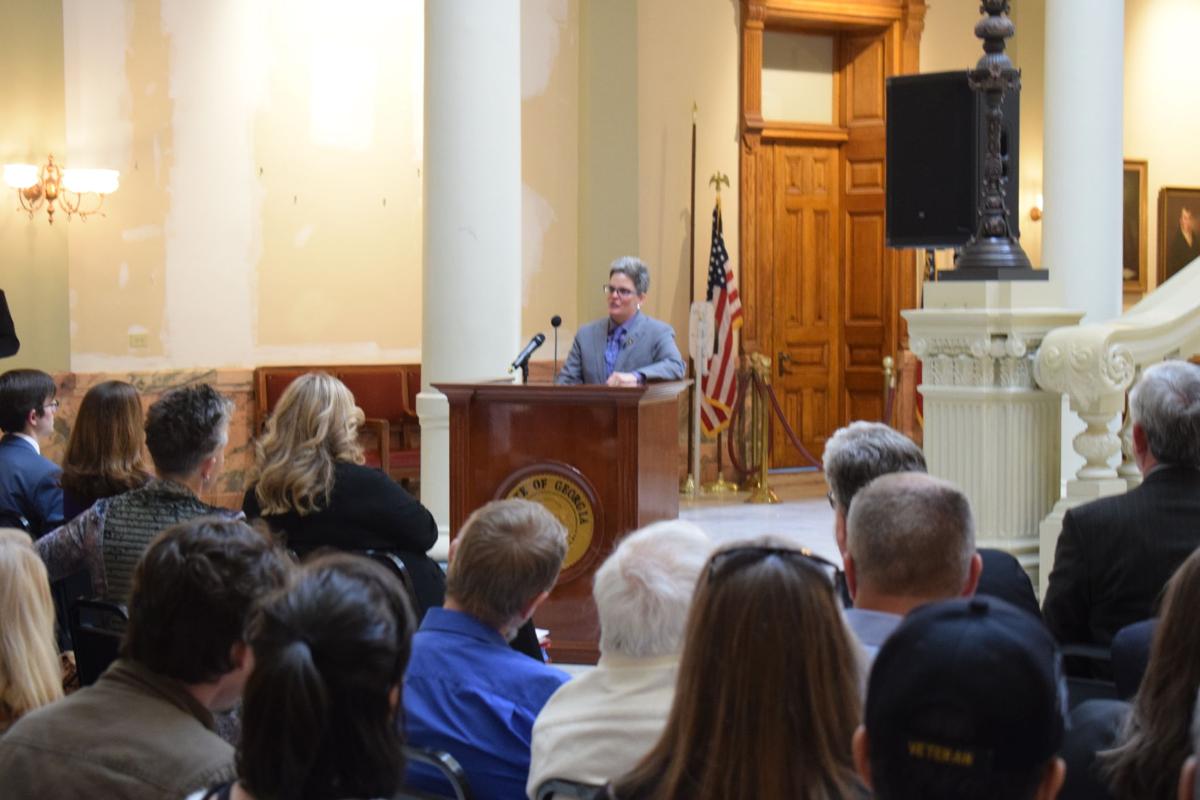 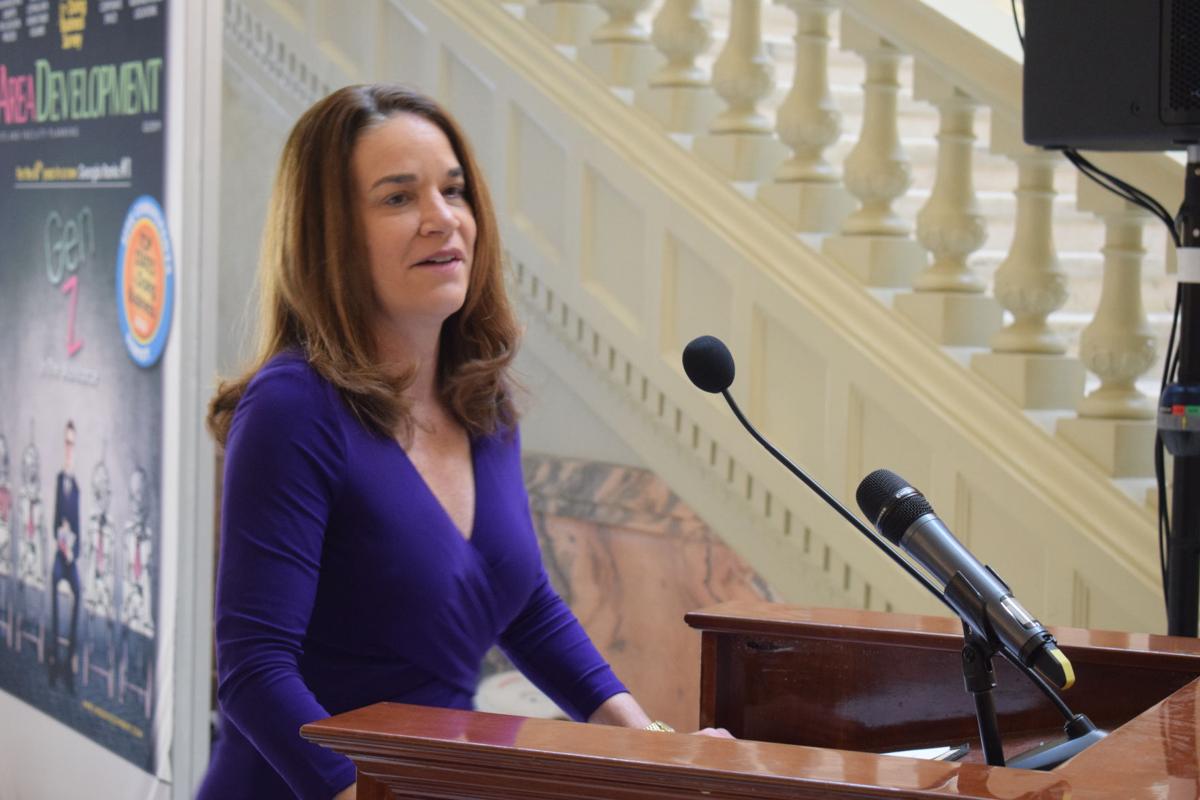 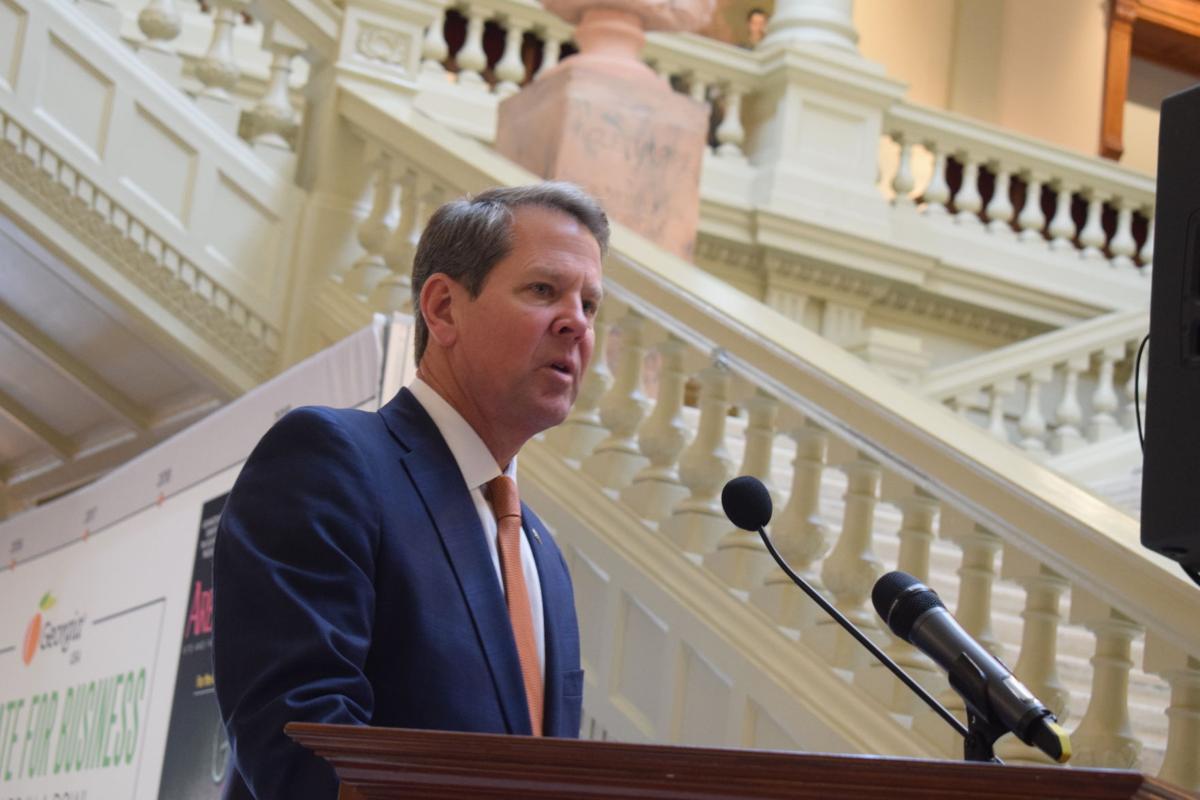 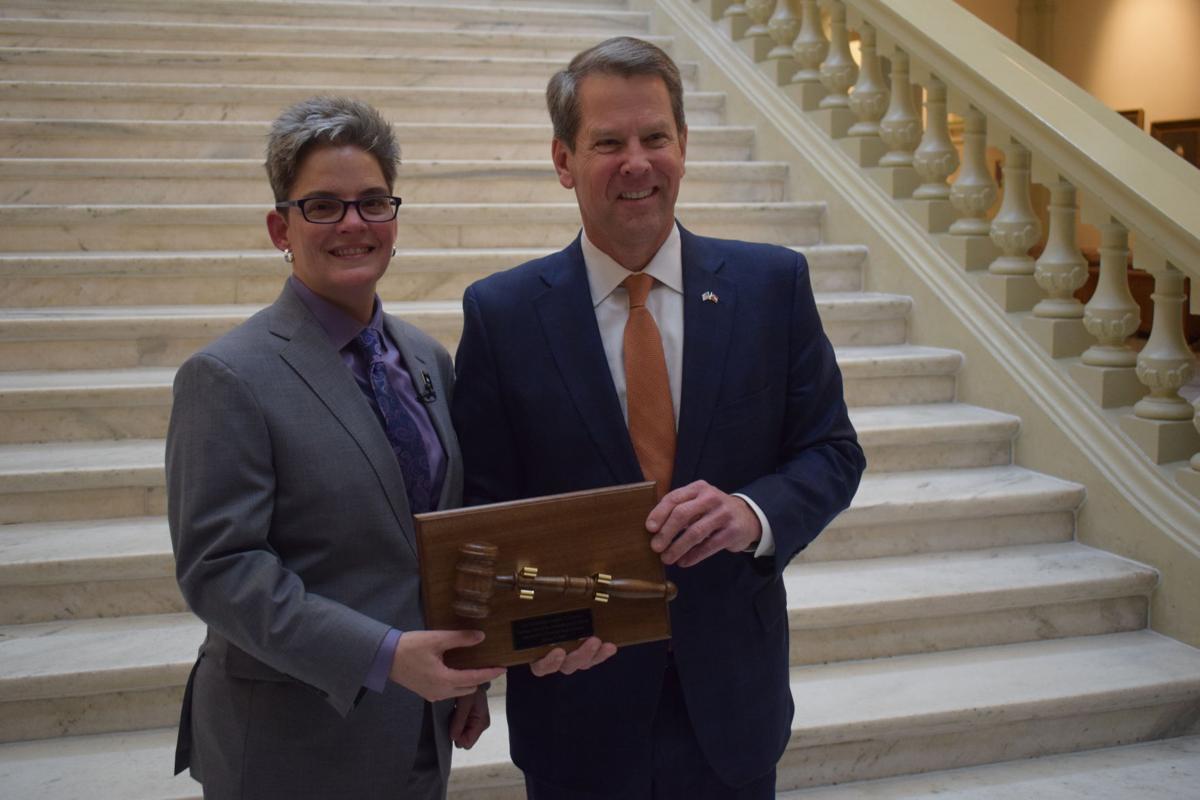 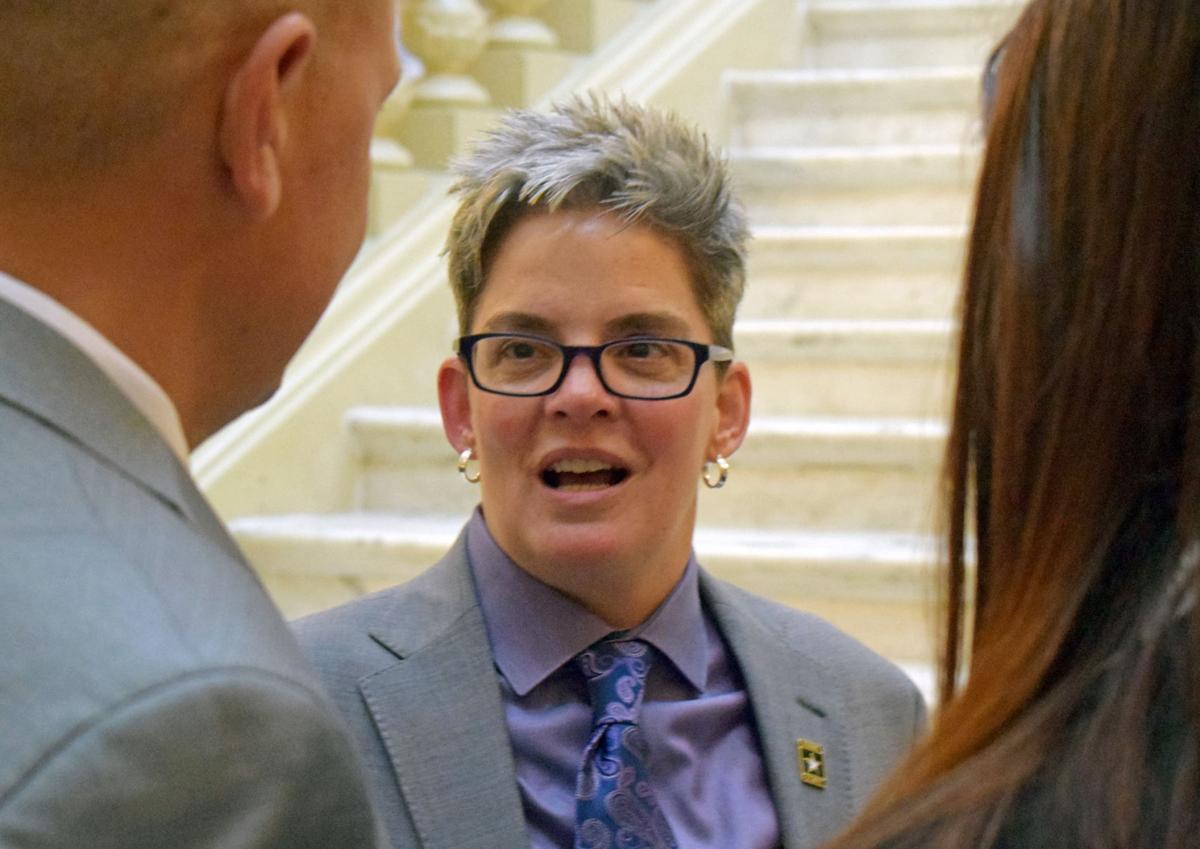 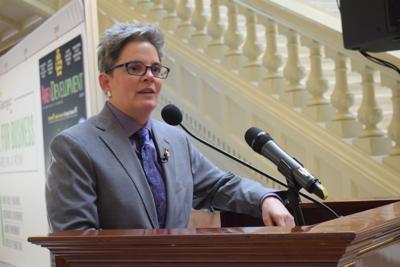 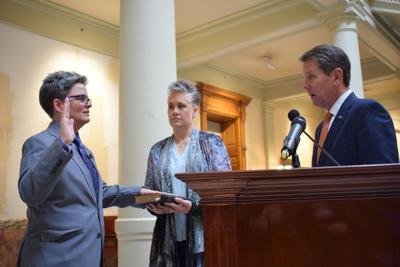 Gwinnett County Superior Court Judge Angela D. Duncan has always been interested in the law and criminal justice, although her father, Bruce, did not exactly support her initial plans for pursuing a career in that field.

Bruce Duncan was an attorney, but his daughter — when she was young — wanted to become a cop when she grew up.

“My father said ‘over his dead body,’ so I became an attorney,” the younger Duncan recalled.

That decision culminated in Gov. Brian Kemp swearing the 50-year old in as Gwinnett’s newest Superior Court judge at the state Capitol on Thursday afternoon.

Duncan’s seat on the bench is a newly created position that was established by the Georgia General Assembly last year, and she joins the bench as its 11th member.

It was a history-making moment because Duncan is Gwinnett County’s first openly gay Superior Court judge. Her wife, Michele Tainter, held the Bible that Duncan laid her hand upon as Kemp administered the oath of office.

The couple’s sons Brody and Alex Tainter watched from the audience, alongside other family members.

When news of her appointment broke in November and the fact that Duncan would be the county’s first openly gay Superior Court judge was highlighted, the judge said a friend asked her what relevance her sexual orientation had to her qualifications.

“The reality is it doesn’t; however, it is extremely important that other people have an example to follow,” Duncan said. “I had examples like that. Ellen DeGeneres had the courage to come out. I have been open in Gwinnett County ... for my entire practice there, and it is a stronghold for the Republican Party, and I am proud to be a part of that community, and I have been accepted with open arms.

“So, why does it matter? It matters because there might be people similarly situated that don’t have the courage or maybe think ‘I can’t,’ so if I have an opportunity to be an example, then I am honored to have that opportunity.”

Duncan, who said she realized she was gay when she was 17, said she feels it important for young members of the LGBTQ community to not deny who they are.

“I hope that the message I send is ‘Be who you are, be honest with yourself and others and don’t be afraid,’” she said.

But while the history-making aspect of Duncan’s appointment and swearing in was noted during the ceremony, she was also praised for her background.

“Judge Duncan clearly stood out (as a candidate for the position) because of her work ethic and her experience,” Kemp said during the swearing in ceremony. “She has some impeccable credentials and, quite honestly, the right expertise to serve the people of Gwinnett County.

“She has been dedicated to serving her community for many years, which I think is an important quality for someone who is serving on the bench, and as I’m sure most of you are aware, she has honorably served our country in the U. S. Army Reserves from 1987 to 1985 and I personally want to thank you for your service.”

Duncan attributes her lifelong interested in the law and criminal justice to growing up in Washington D.C., where she frequently visited the U.S. Capitol and national monuments on family trips as well as school visits.

“I was surrounded by that rich American history,” Duncan said. “(The law) is the basis of Declaration of Independence and our freedoms.”

Several judges from various courts in Gwinnett County as well as U.S. District Court Judge William “Billy” Ray — himself a former Gwinnett Superior Court judge — and justices from the Georgia Supreme Court and Georgia Court of Appeals attended the swearing in.

Duncan said those are judges that she looked up to earlier in her legal career, and she is excited to work alongside some of them now.

“I get to work with my heroes,” she said.

State Court Judge Carla Brown, a longtime friend of Duncan, introduced her before the oath of office was administered.

“Judge Duncan has presided over numerous civil and criminal trials and shows true compassion to those who come before her,” Brown said. “She has a sharp wit, incredible insight and enjoys finding uniquely appropriate solutions to the cases that she encounters.

IN CASE YOU MISSED IT: Top stories in Gwinnett County — Jan. 6-12

The FBI is offering a $15,000 reward for information in the death of retired Gwinnett County deputy Felix Cosme, a 20-year-old was charged wit…