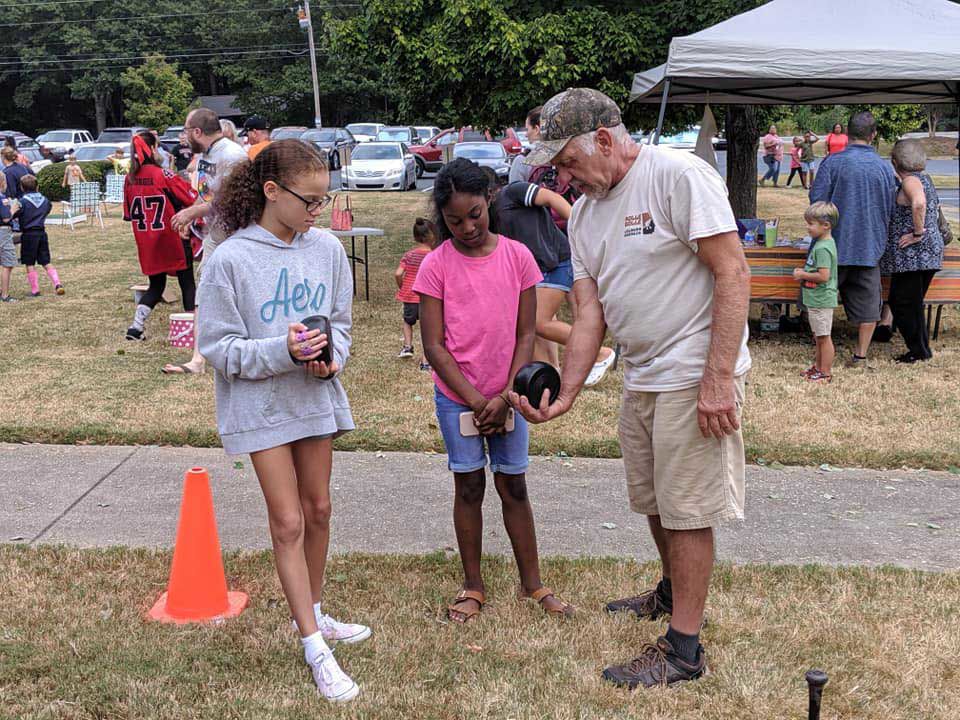 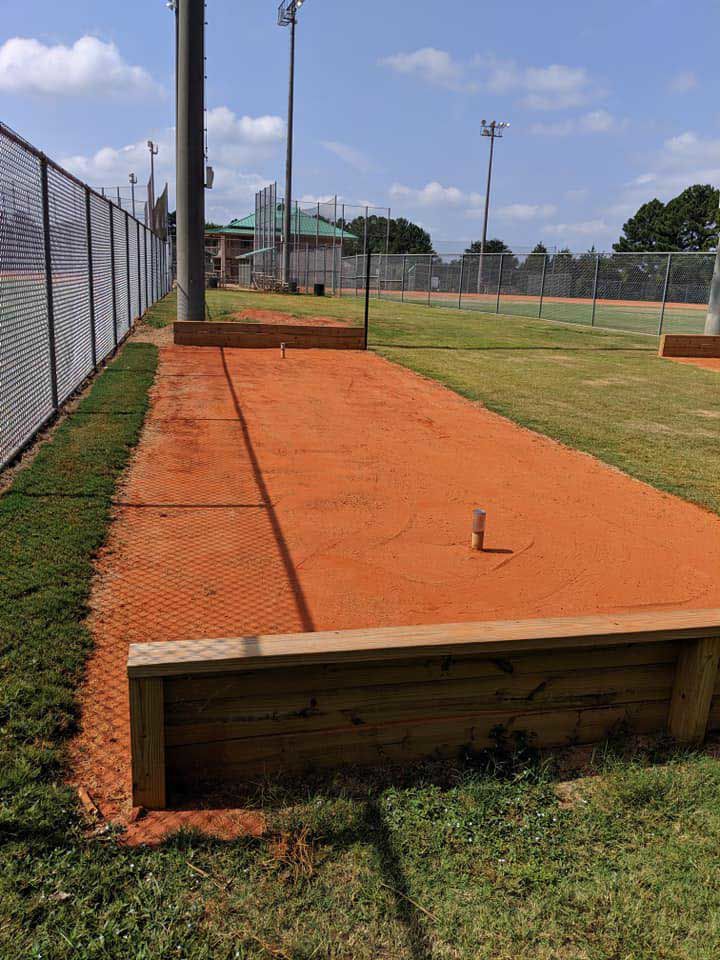 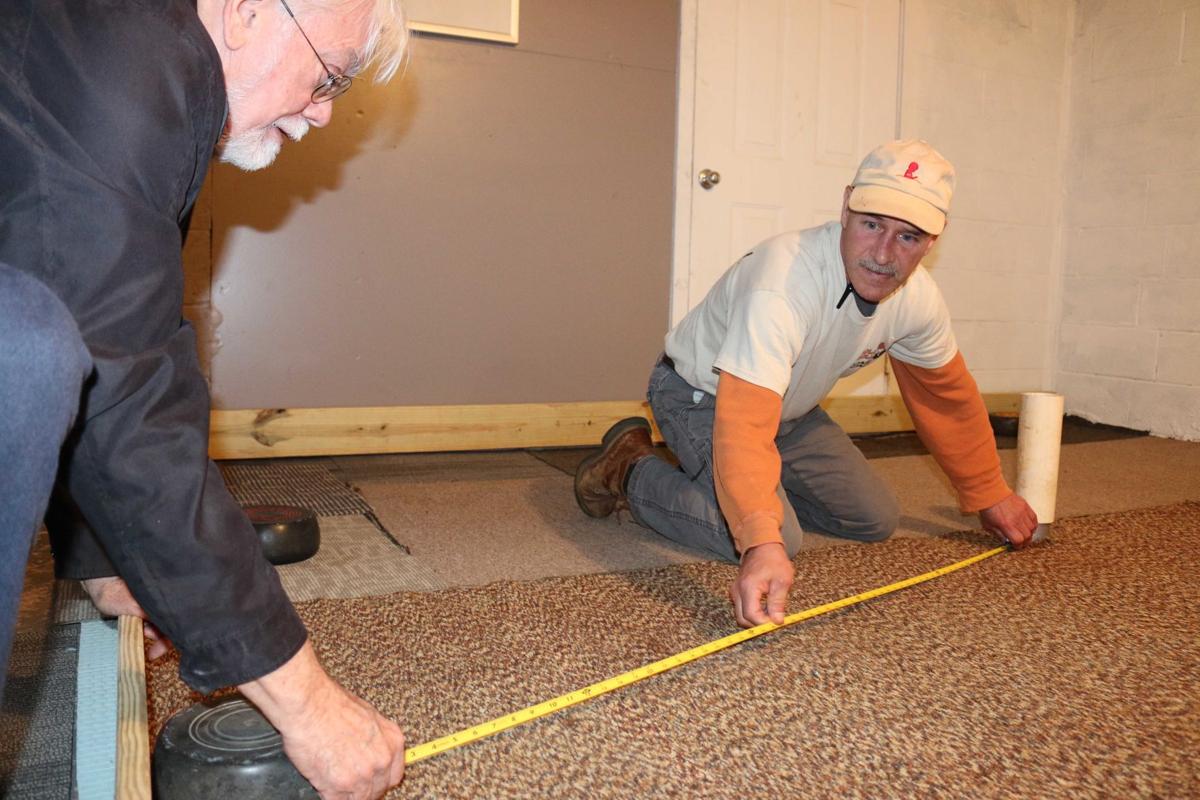 Above: Dwayne Halbig, right, and Tom Reinmiller measure their rolls for points in Lilburn. In Rolle Bolle, players roll asymmetric wheels toward stakes in the ground. The closest is awarded points. Below: Bethesda Park in Lawrenceville has four Rolle Bolle courts. 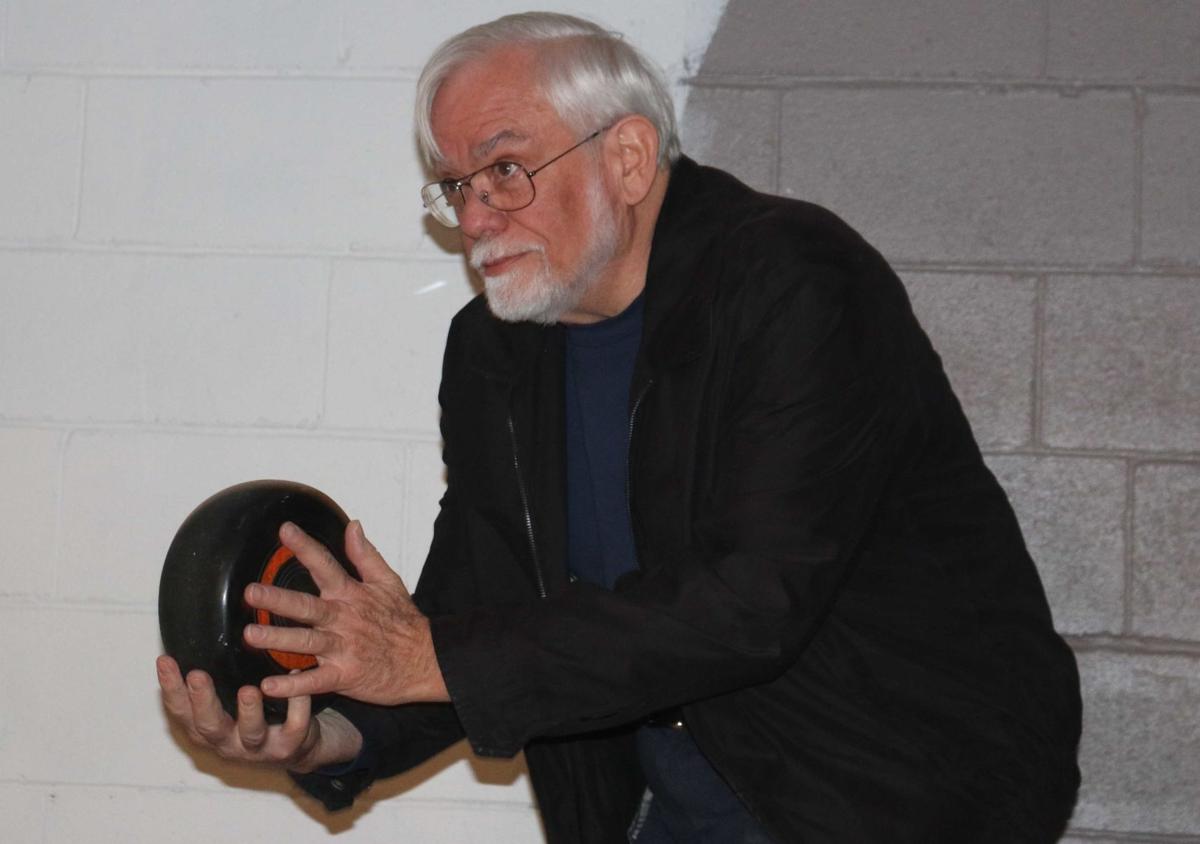 Tom Reinmiller prepares to roll during a game of Rolle Bolle in Lilburn. 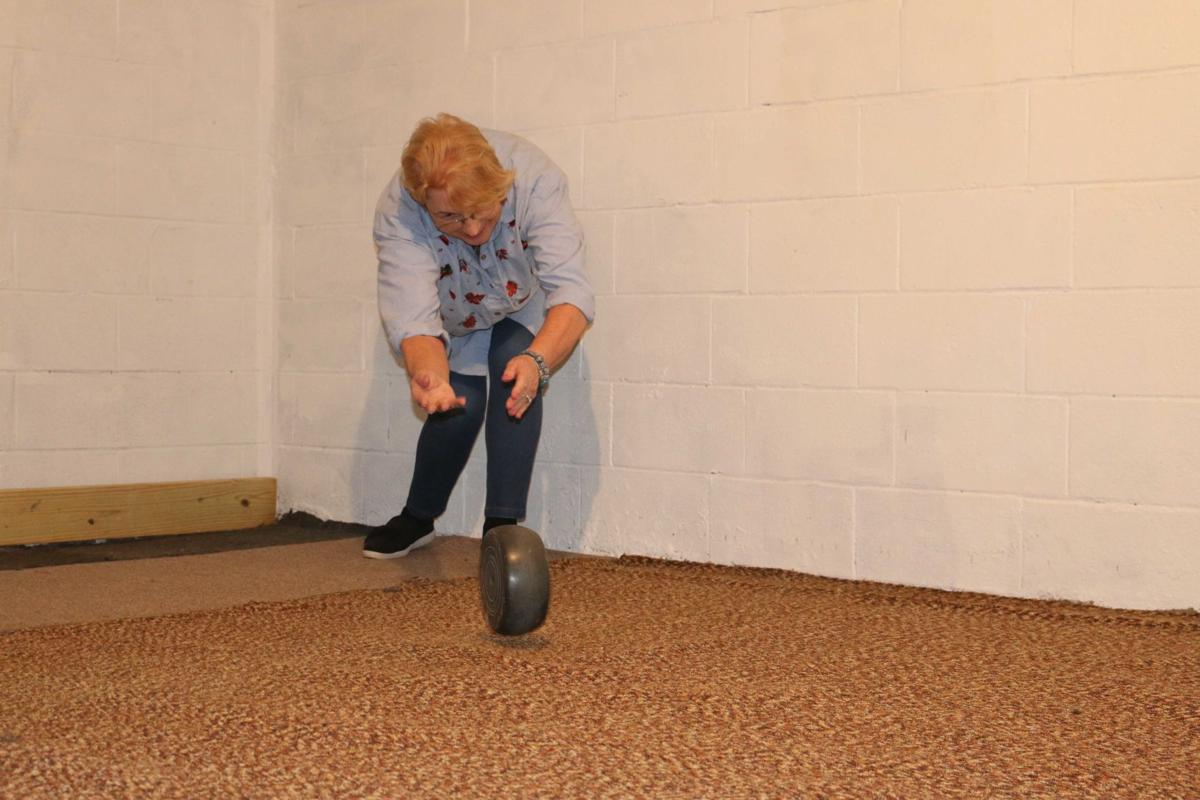 Joan Koehler rolls during a game of Rolle Bolle in Lilburn. 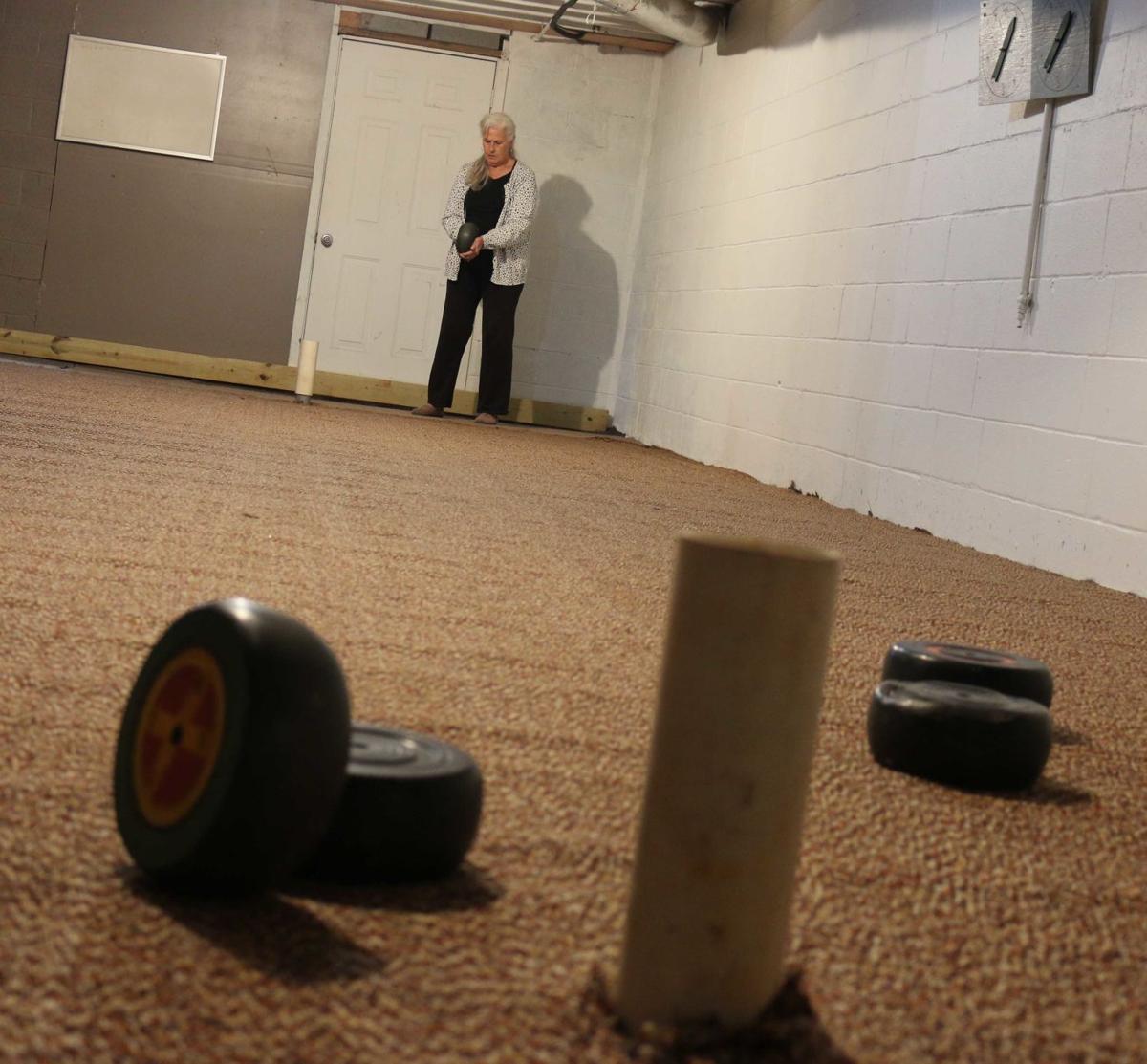 Shirley Snow prepares to roll on her turn during a game of Rolle Bolle in Lilburn. In Rolle Bolle, players roll asymmetric wheels toward stakes in the ground. The closest is awarded points. 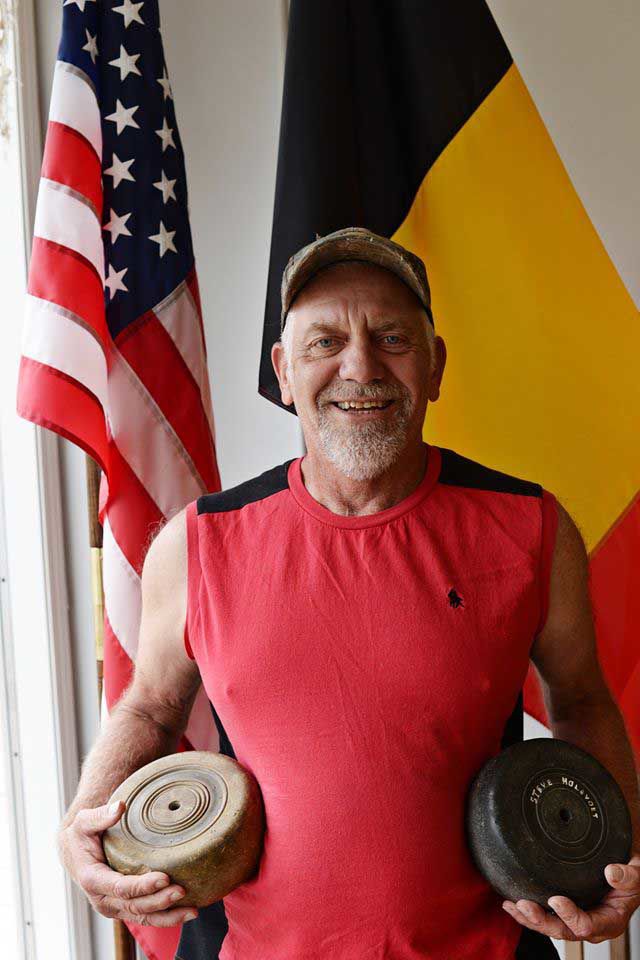 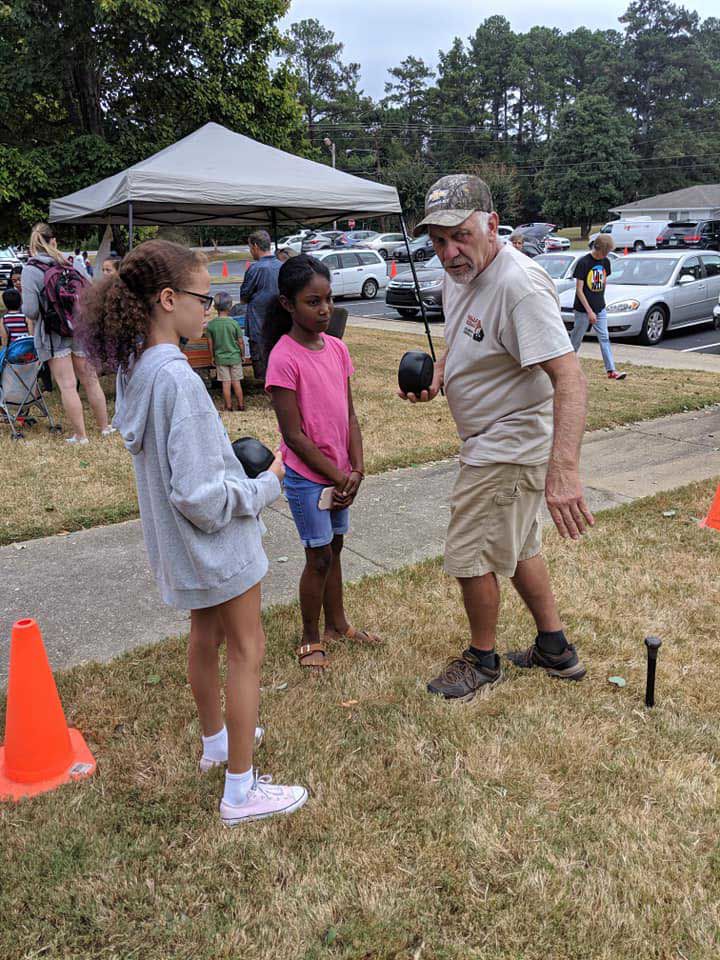 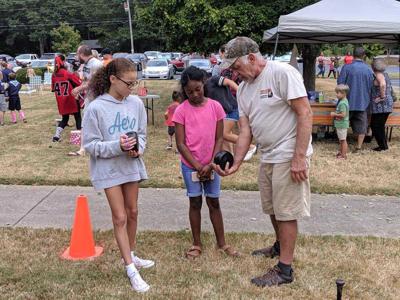 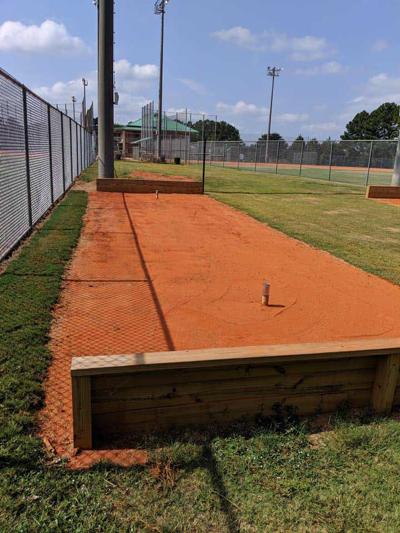 Above: Dwayne Halbig, right, and Tom Reinmiller measure their rolls for points in Lilburn. In Rolle Bolle, players roll asymmetric wheels toward stakes in the ground. The closest is awarded points. Below: Bethesda Park in Lawrenceville has four Rolle Bolle courts.

Tom Reinmiller prepares to roll during a game of Rolle Bolle in Lilburn.

Joan Koehler rolls during a game of Rolle Bolle in Lilburn.

Shirley Snow prepares to roll on her turn during a game of Rolle Bolle in Lilburn. In Rolle Bolle, players roll asymmetric wheels toward stakes in the ground. The closest is awarded points.

Steve Holevoet, a Gwinnett County transplant from northern Illinois, is an ambitious guy with an entrepreneurial mindset. He also doesn’t mind a little bit of healthy competition.

Holevoet said he’s played every traditional team sport at one point or another. But five knee surgeries, including two knee replacements, have made the list of sports Holevoet can participate in limited.

But competition and Holevoet are old friends, so he set out to tackle a challenge about one-and-a-half years ago. He’s pioneering the sport he excels at these days in Gwinnett County.

Rolle Bolle isn’t the name of a cartoon character in a children’s show. It’s a sport that Holevoet has cultivated interest in for about 18 months.

“Thanks to Gwinnett County and my players, I’m getting it going,” Holevoet said.

Holevoet said his Belgian ancestors helped bring the sport Rolle Bolle to the U.S. more than 100 years ago. The sport is almost a hybrid of bocce and horseshoes. A player takes an asymmetric wheel and rolls it toward a stake that’s roughly 30 feet away. The asymmetry of the wheel causes it to curve, requiring a skillful touch for precision.

Multiple players roll for each team trying to get their wheel as close to the stake as possible. The person with the closest wheel, or bolle, to the stake earns points for their team.

Holevoet said the sport is popular in the area of northern Illinois where he’s from. He’s since seen it spread to parts of the Southeast. He’s trying to get the sport to take off in Gwinnett.

“We’ve been going slow but we are making good headway with what we’re doing,” Holevoet said.

Holevoet was optimistic he could build a court at Bethesda if he had the county’s blessing. Fowler, to Holevoet’s surprise, took a proposal of one court a few steps further. Holevoet said Fowler helped get approval to build four courts at Bethesda.

The Bethesda courts opened in late September. Holevoet’s vision is for parks across the county to have access to the game. So far Bethesda is the only park in the county with dedicated Rolle Bolle courts.

Holevoet has built up interest by inviting friends and acquaintances to play on his homemade court. He’s built a regular group of players that meet on Thursday evenings for open practice. That meeting place used to be Bethesda Park until the weather took a wintery turn.

The core group is dedicated to playing weekly.

“We play (at Bethesda Park) when it’s nice and pretty,” player Mary Jane Stephens said. ”When it rains you don’t want to play in the mud — although we’ve played in the rain and played in the dark. You think measuring is one thing? Try it with a flashlight.”

The group now meets weekly in the basement of a small building across from Luxomni Baptist Church in Lilburn. The court is still the same dimensions — 12 feet wide, 30 feet between stakes with about six feet of room behind the stakes — as the Bethesda Courts.

Holevoet is excited about another boost to the game’s popularity. For the first time, Rolle Bolle will be played in the Gwinnett Senior Golden Games. Holevoet and some of the regular players demonstrated the game for event organizers last year and it caught on. Stephens said she’s also demoed the sport at senior centers and communities around Gwinnett County.

“Everybody is having a terrific time learning to play it, they all think it’s great,” Stephens said. “At first they go, ‘Oh no, I’ve got arthritis in my wrist, I can’t do it.’ Then we lay the smaller bolle in their hand the they realize they don’t have to bend down very far.”

Holevoet has found that seniors and children have gravitated toward the game the most since he’s started playing in Gwinnett County.

Registration for the Golden Games ends March 1. Packets can be picked up at parks and senior centers in Gwinnett County. More information is available at gwinnettseniorgoldengames.org.

Holevoet said he feels some pressure to get the game off the ground and make it more accessible to Gwinnett County residents. He sees Bethesda and the Golden Games as a trial for other parks to see the game’s contagious nature.

“I’m just glad that they’ve accepted me and given me a shot at something,” Holevoet said. “This may be a small spot on a map, but it’s like a big volcano and it can erupt at any time.”