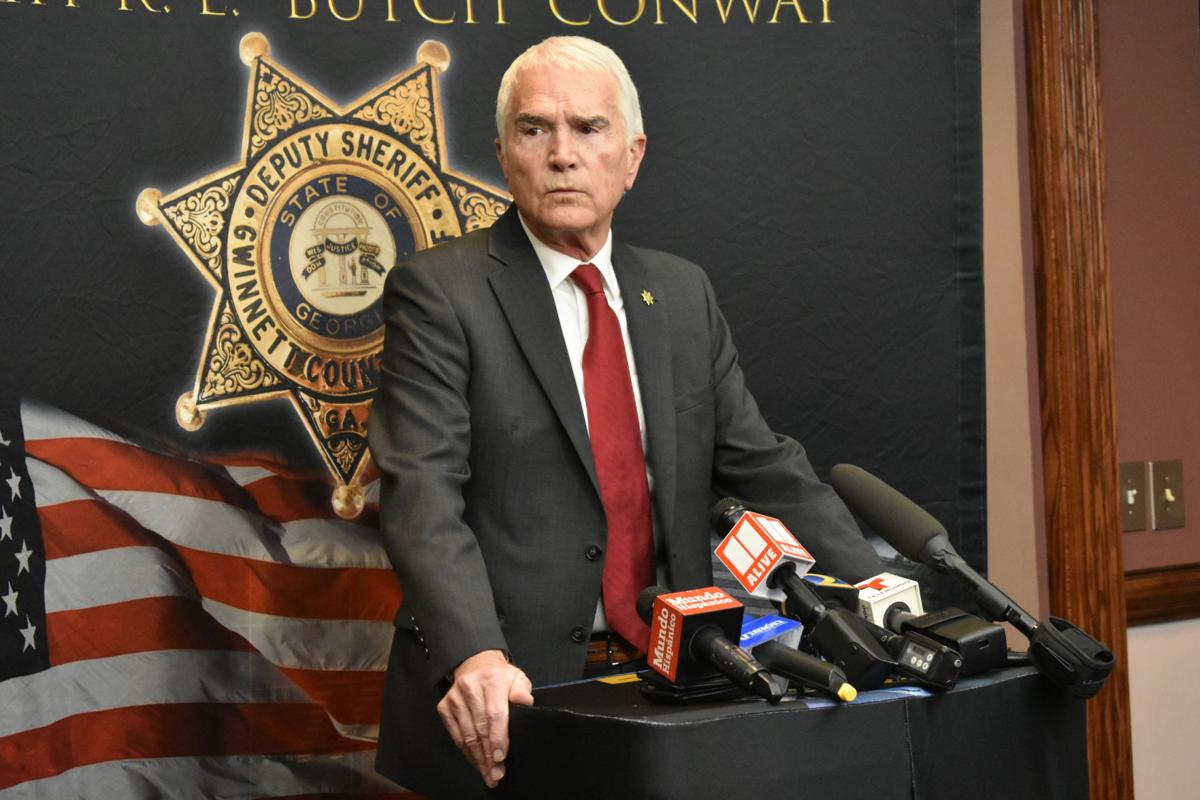 Gwinnett County Sheriff Butch Conway held a press conference Tuesday to discuss why he chose to not seek re-election. 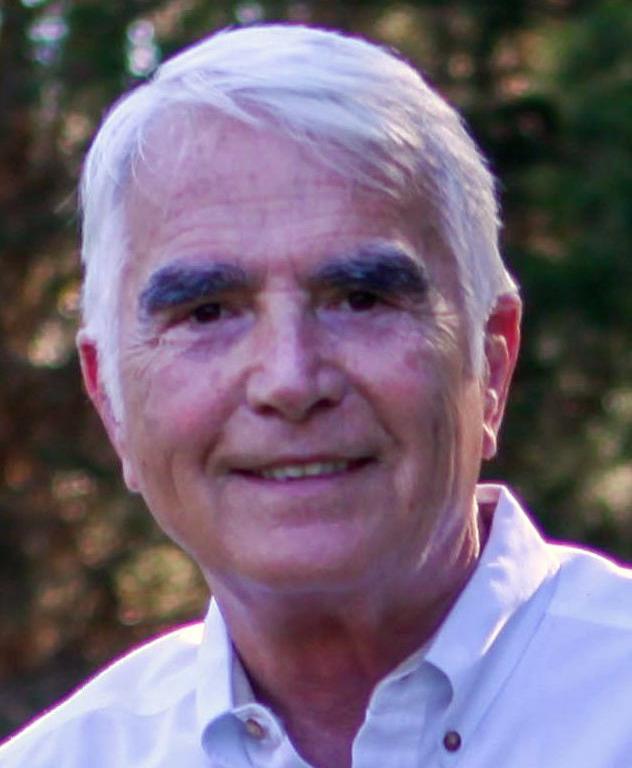 Butch Conway announced Tuesday he will not seek re-election after 24 years as sheriff of Gwinnett County.

Conway, a Republican, was Gwinnett County’s longest-tenured sheriff. He was first elected to the post as a Republican in 1996 and was continually re-elected after that. There had been uncertainty for months, however, as to whether he would seek re-election this year.

“My decision to not seek re-election was not made easily, but I have reached a point in my life where I desire to pursue other opportunities which will afford me more time with my family, who recently suffered a great loss,” Conway said in a statement.

“That’s been a big loss,” he said in a press conference Tuesday. “… It’s affected our family and I’ve got a daughter I want to help now. That’s not the only reason (I chose to not run for re-election). I still want to pursue business. I’ve always been a businessman at heart. I got out of law enforcement in the ’80s – didn’t plan on going back in but it’s just the way things happened.”

He said he hopes to pursue opportunities outside of law enforcement such as private enterprise, business or property investments.

Conway said at the press conference he’s proud of always being easy to contact, helping people any time he could and having a good relationship between the sheriff’s and police departments.

He said he felt he had done just about everything he had on his mind that he has wanted to do as sheriff.

“I thank the many faithful supporters who placed their trust in me election after election over the past two decades,” Conway said. “I will always be thankful for the opportunity you provided me to serve as your sheriff and hope the positive contributions we’ve made together will continue to benefit our community for many years to come.”

Conway confirmed he will finish the remainder of his term. In the meantime, the seat for sheriff will appear in both the ballots for the May 19 local primary election as well as the Nov. 3 general election.

If he ran this year, it would have been the first time Conway would have faced a Democrat during a re-election bid, even though he did face write-in opponents and challengers from within the Republican Party in the past.

So far, there are five Democrats seeking the party’s nomination for sheriff, including Curtis Clemons, Keybo Taylor, Ben Haynes, Floyd Scott and Jerry Ramos-Acre. Recent election cycles have seen Gwinnett increasingly go for Democrats, including Hillary Clinton for president in 2016 and Stacey Abrams for governor in 2018.

But Conway said the changing politics in Gwinnett County didn’t affect his decision to not seek re-election.

“In the sheriff’s office, a ‘D’ or an ‘R’ doesn’t really mean anything because the job is to prosecute people that violate the laws in the state of Georgia or the United States,” he said. “That’s not a big effect on the sheriff.”

In his statement, Conway said he hired Chief Deputy Lou Solis two years ago with the intention of preparing him to succeed him, though he didn’t know it would be so soon. Conway endorsed him for sheriff on Tuesday due to his work ethic, abilities and commitment, he said.

“Chief Deputy Solis has worked exhaustively over the past two years to familiarize himself with our operations,” Conway said. “His work ethic is unparalleled and his contributions to our office are great. He has demonstrated outstanding leadership time and time again.”

Conway also said he believes Solis will continue “the great things that we’ve been doing,” including the controversial 287(g) program, in which the sheriff’s office partners with U.S. Immigration and Customs Enforcement to deport undocumented residents who are arrested in Gwinnett.

Democrats running for sheriff have talked about ending the office’s participation in the 287(g) program, but Conway has been an ardent supporter of it.

“People confuse immigrants with illegal aliens and accuse law enforcement of being anti-immigrant when they’re helping ICE and that’s not the case,” Conway said. “The only interest I and this agency have had in immigration is when someone commits a crime. I would deport citizens if I could that are criminals who prey on our citizens. A lot of the illegal aliens that we identify and hold for ICE, they’re preying on their community … They tend to victimize their own group, so 287(g) makes everybody safer.”

The qualifying period for political party, independent and nonpartisan candidates running for sheriff will begin March 2 and end March 6. Those who wish to qualify as a party candidate must do so with the Gwinnett County Democratic Party or the Gwinnett County Republican Party.

The 287(g) issue in Gwinnett is complex combination of the debate over the program itself; the participation of Gwinnett's sheriff's office in the program; and the county's growing diversity and shifting politics that looms on the political horizon as the 2020 elections approach.

Next year's sheriff's election will break a nearly three decade trend of the sheriff's office appearing on general election ballots without the Democrats putting up a candidate for the office.

The Sheriff's Office unveiled "The Barracks," a 70-bed jail housing unit that is designed to exclusively house veterans and mimic some of the aspects of life in the military

There wasn't much mention of the 287(g) program — the presentation instead focused heavily on the 95 new positions, including 79 sworn deputies, that Sheriff Butch Conway wants in the budget — but a few slides did show it will continue to have a presence in Gwinnett next year.

Gwinnett's sheriffs over the last 50 years

Gwinnett County Sheriff Butch Conway signed a memorandum of agreement with Immigration and Customs Enforcement Wednesday to continue with the controversial 287(g) program allowing undocumented residents who are arrested to be deported after announcing he would not seek re-election in January.

I'm tired to the lies, Conway is corrupt, his wife is corrupt and he's getting out before he can be busted. He knows it's coming. I love how he pats himself on the back, nobody else is.

BIG LOSS for Gwinnett. Congratulations to the Sheriff.

I agree! I think Conway has worked well with GPD.

I hope one of Conway's top men runs, and we'll still have Porter as DA for a few more years.

Venus is a Russian planet -- say the Russians