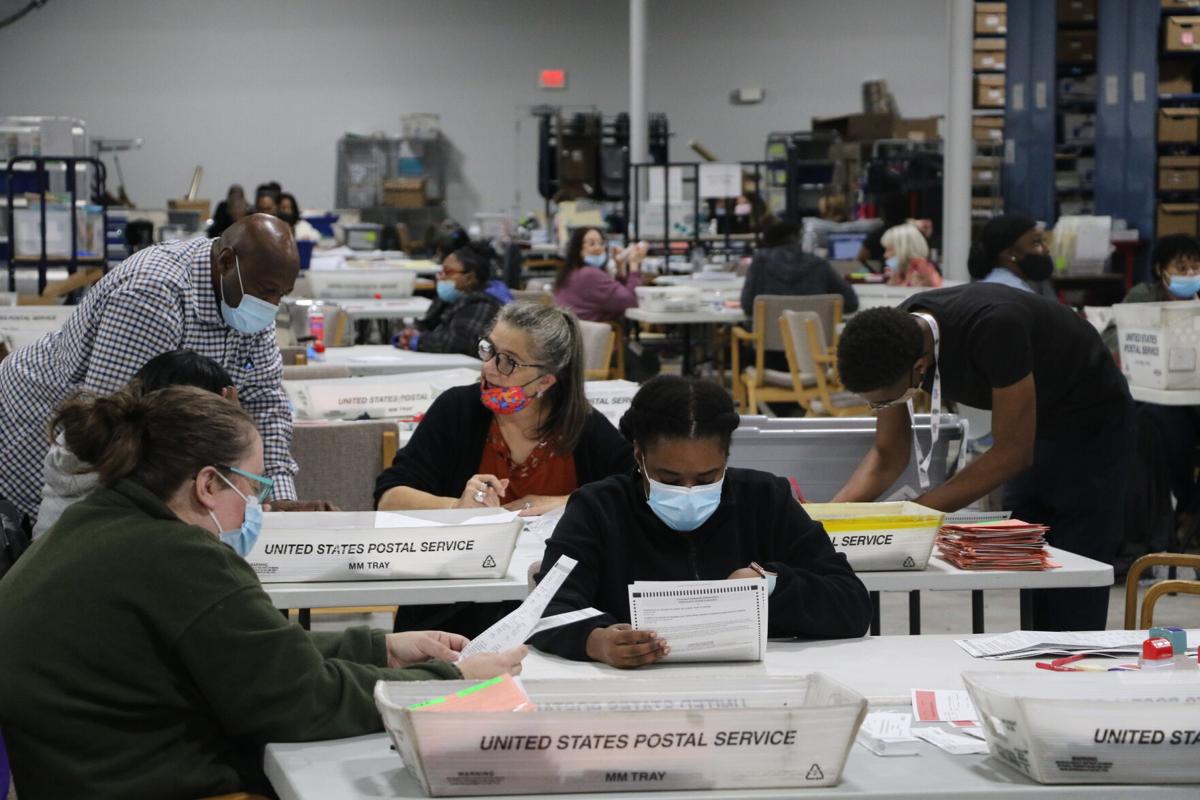 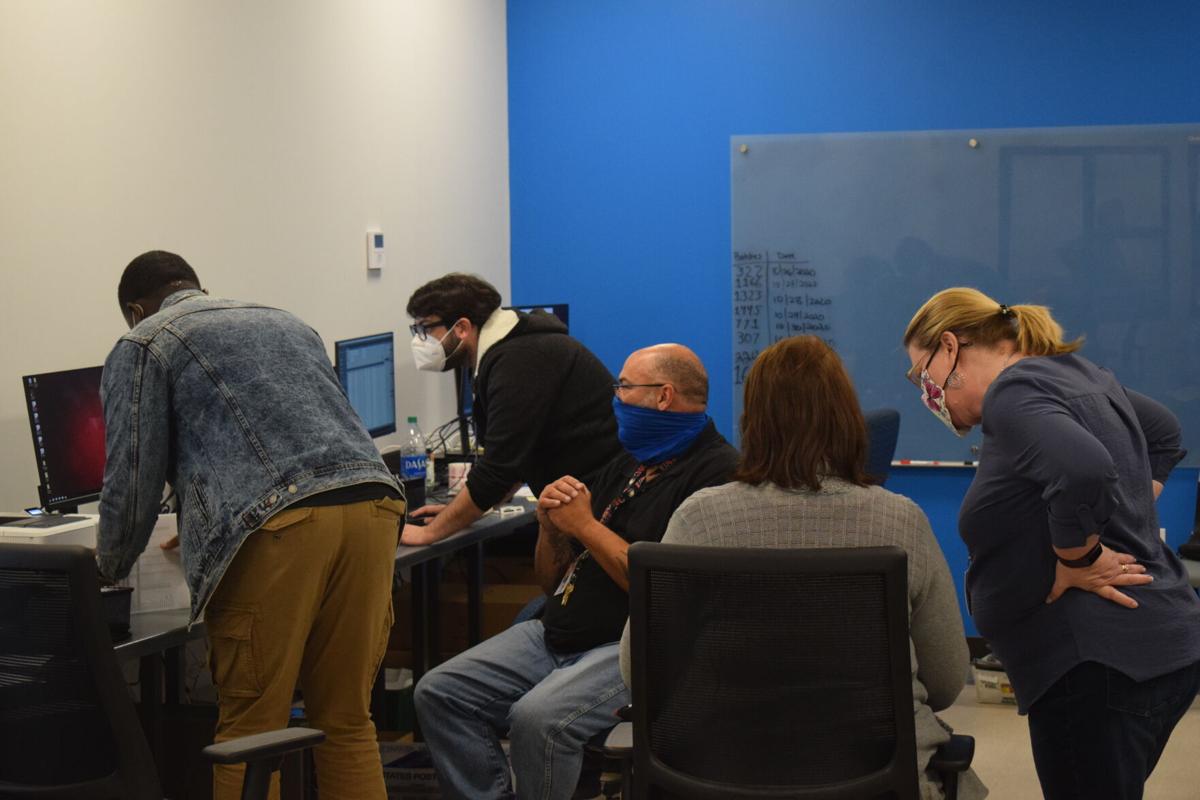 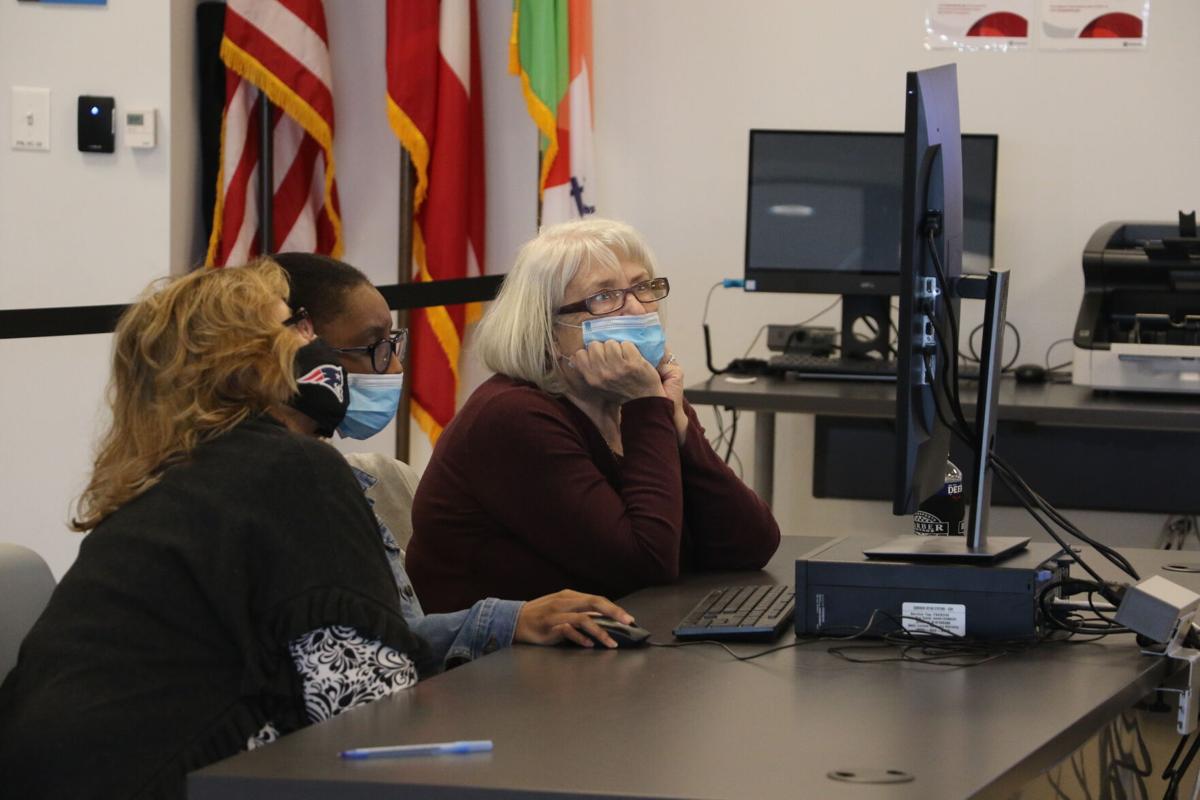 A bipartisan adjudication panel reviews a ballot at the Gwinnett County elections headquarters on Thursday. 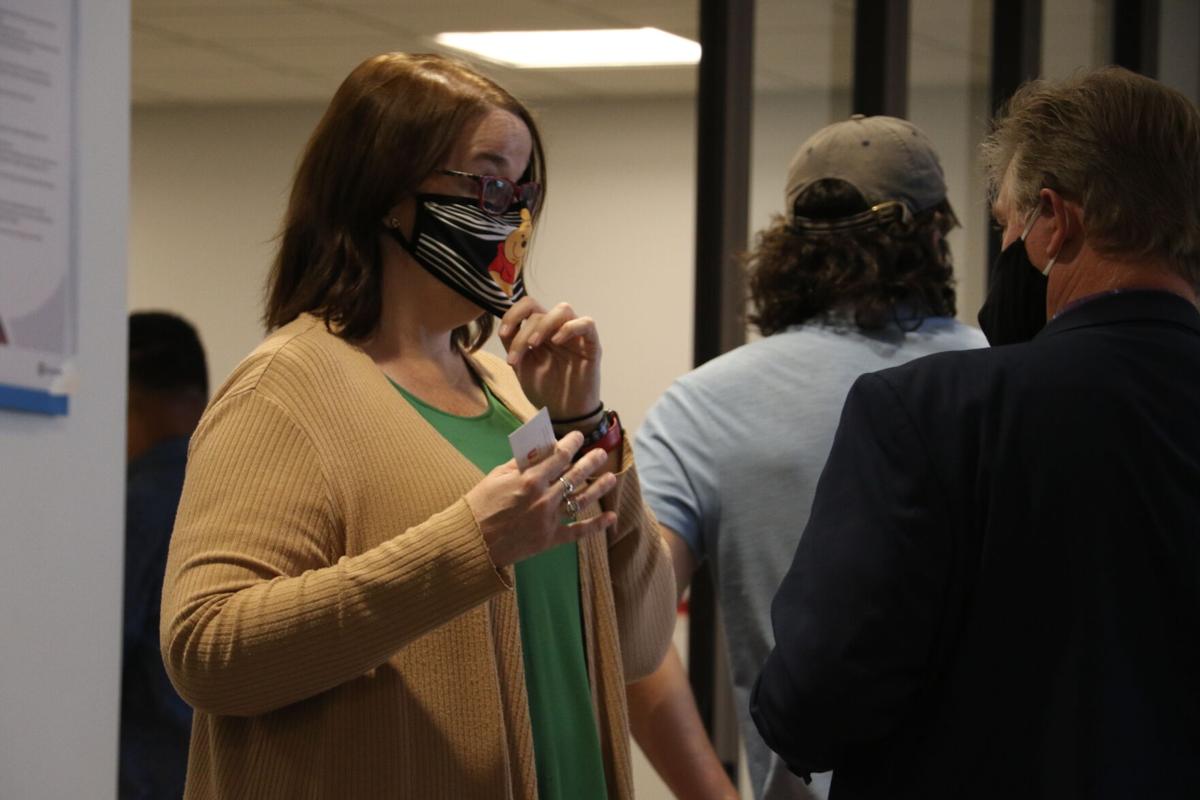 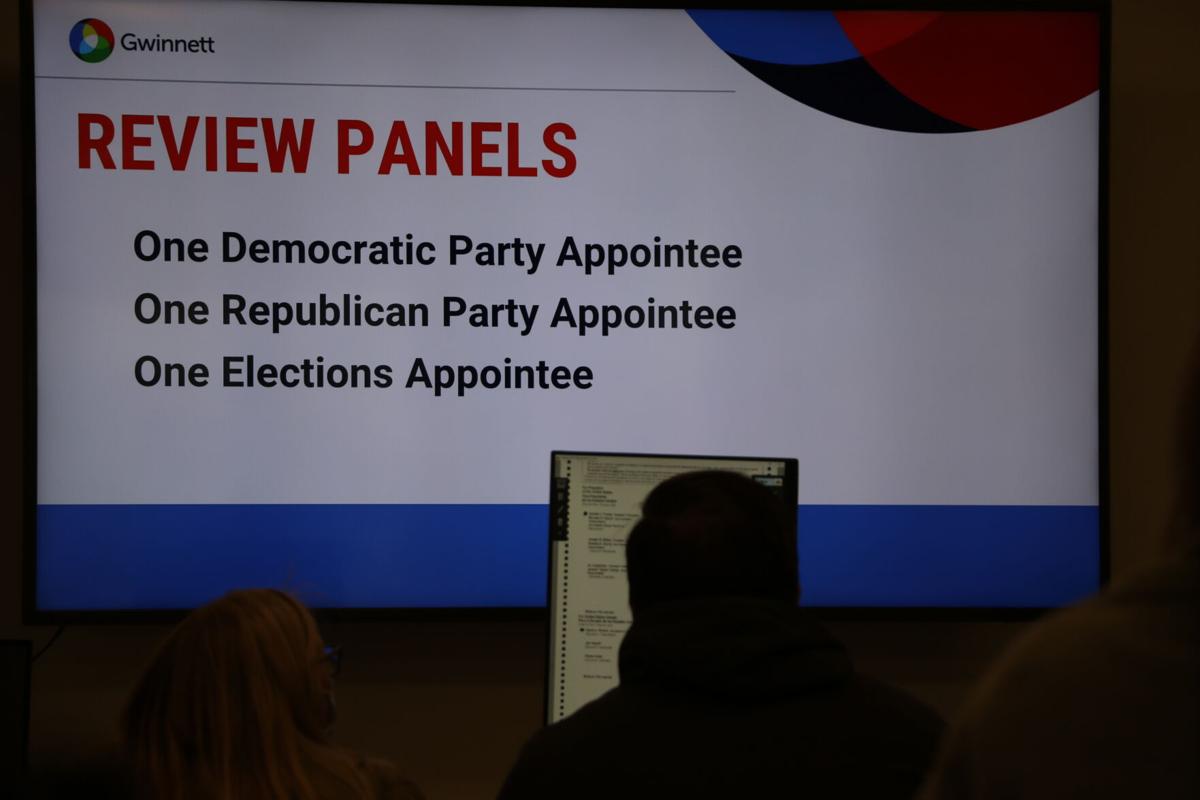 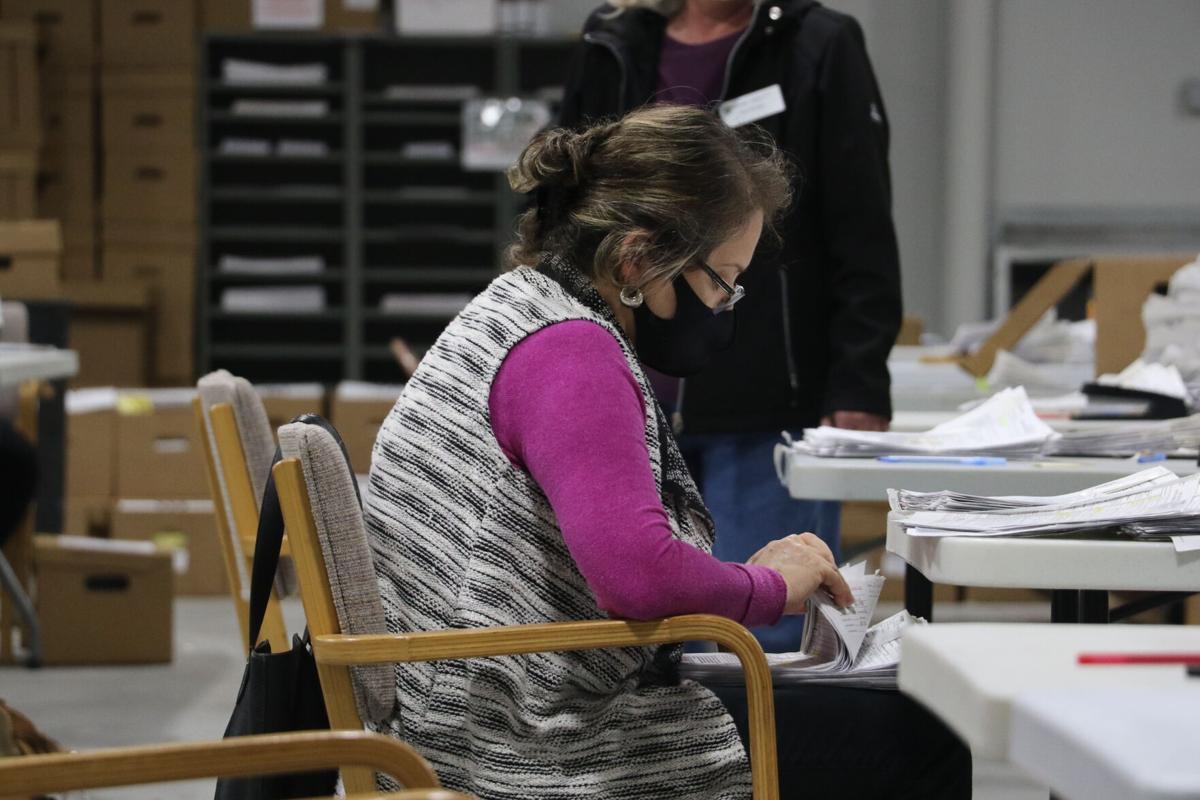 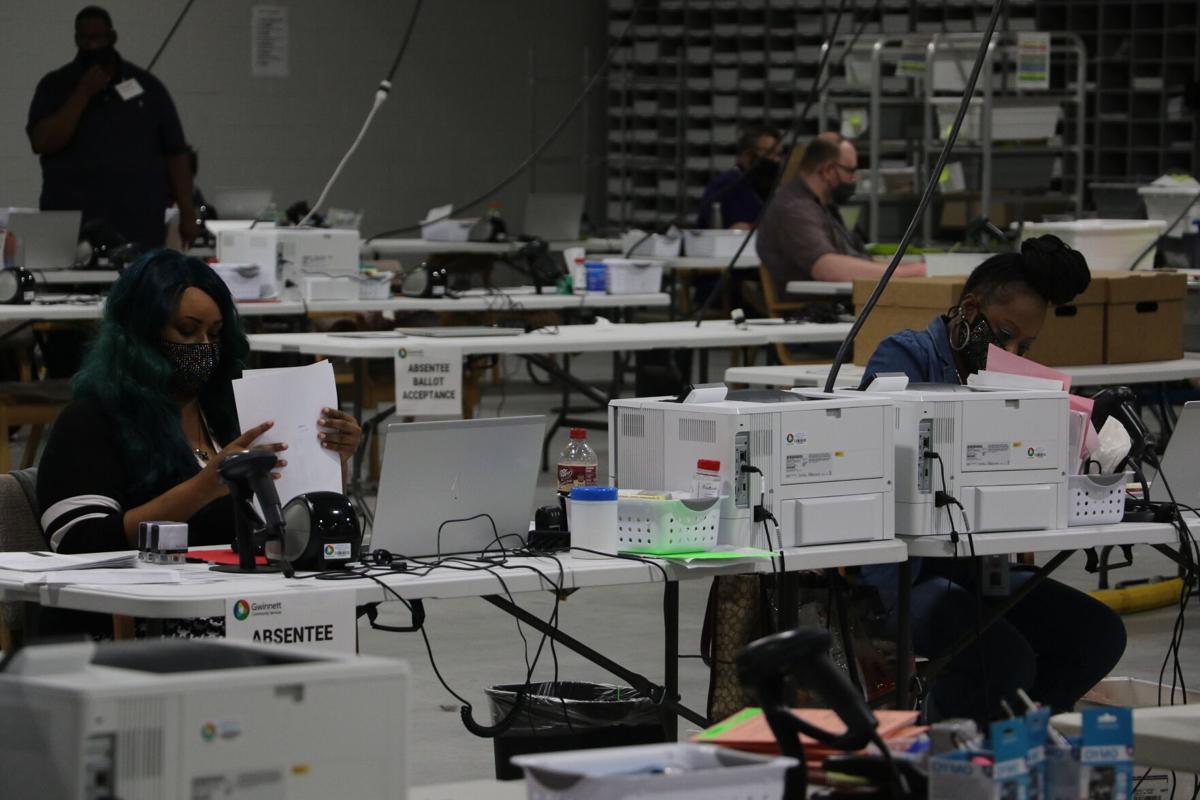 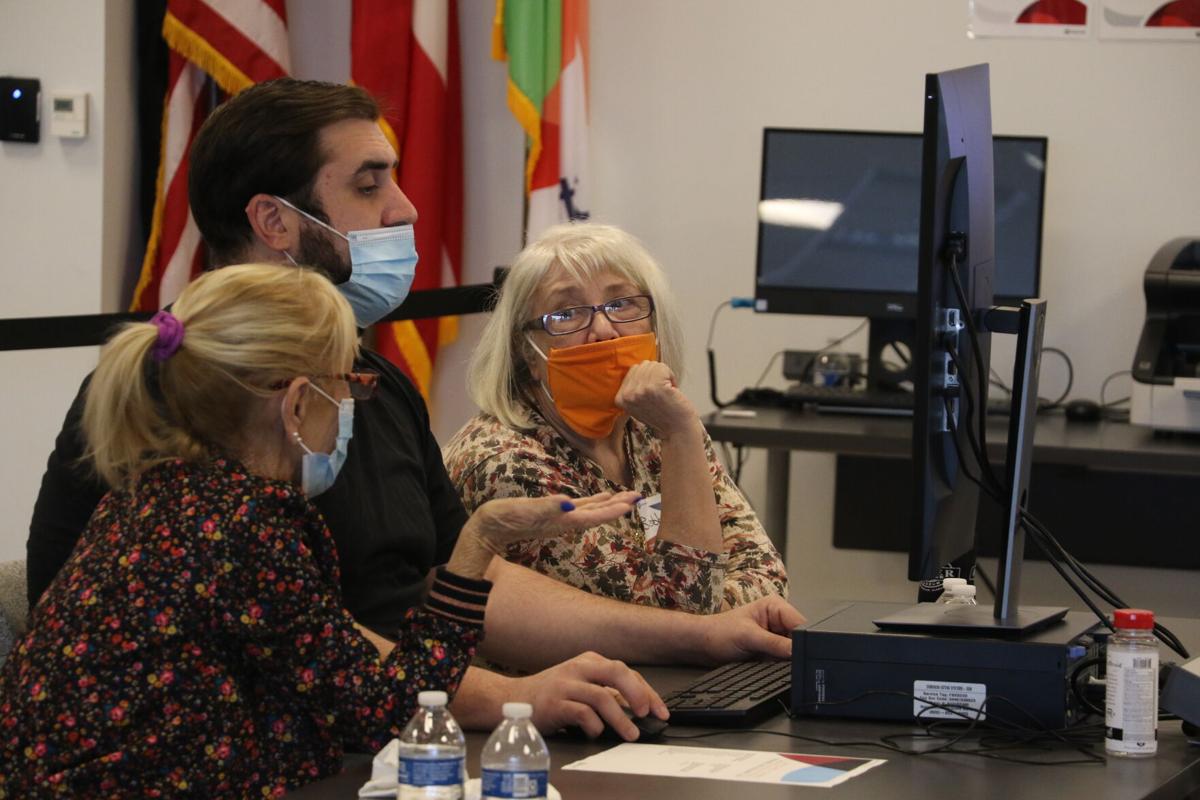 A bipartisan adjudication panel discusses a ballot at the Gwinnett County elections headquarters on Friday. 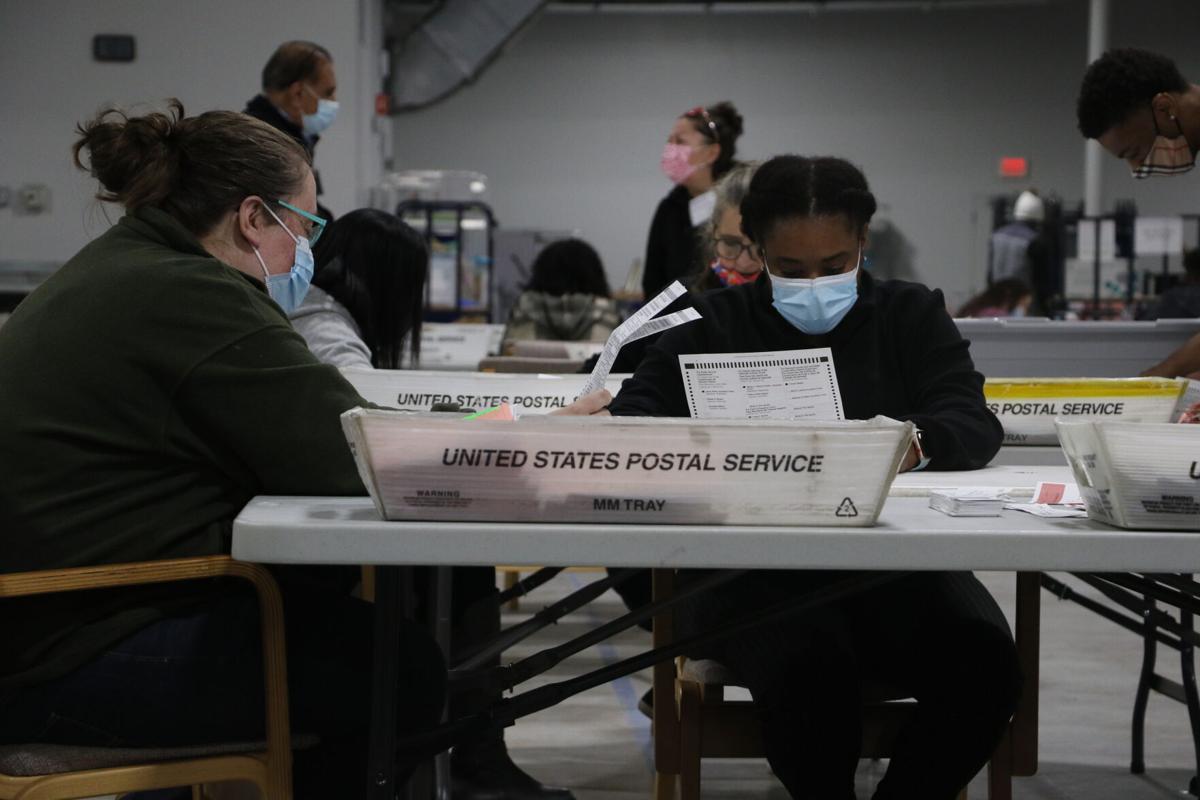 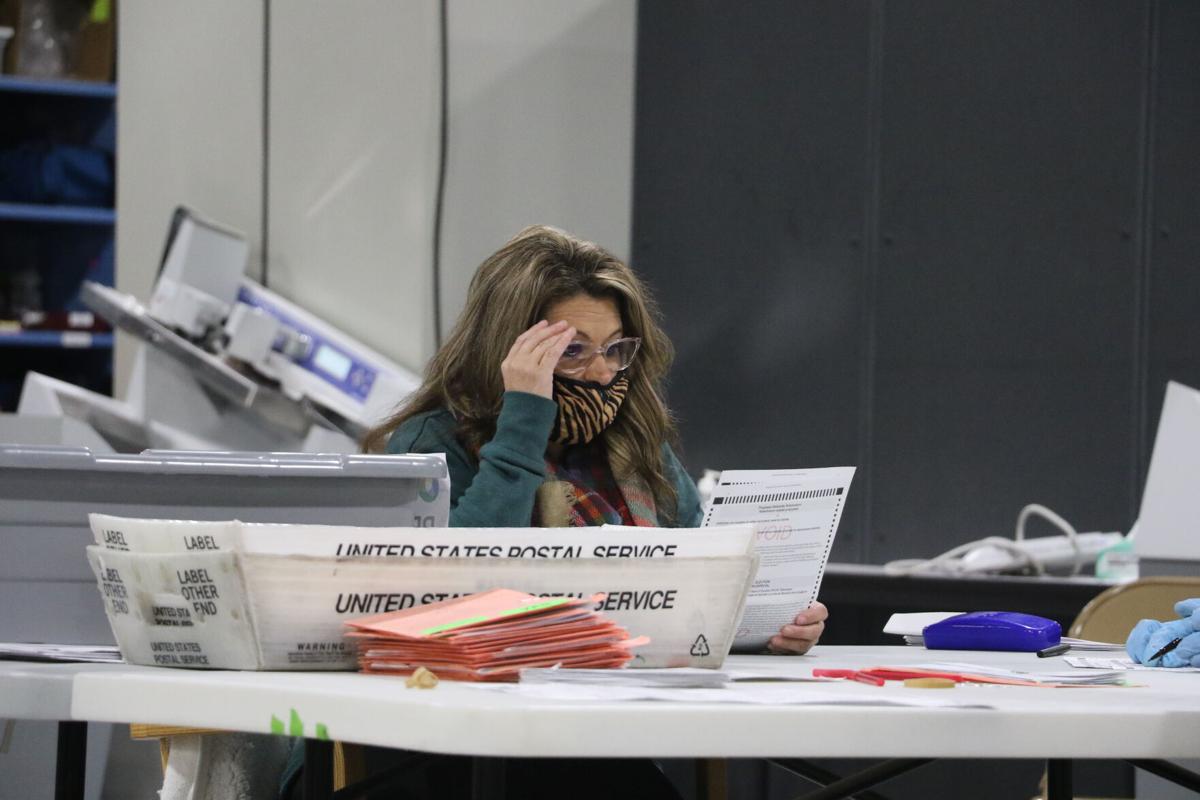 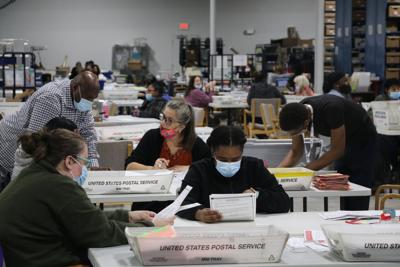 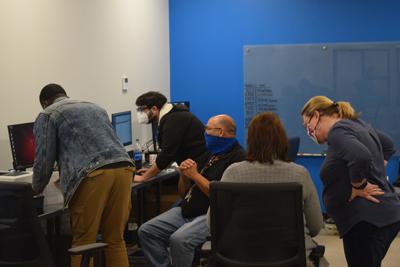 A bipartisan adjudication panel reviews a ballot at the Gwinnett County elections headquarters on Thursday.

A bipartisan adjudication panel discusses a ballot at the Gwinnett County elections headquarters on Friday.

As the nation eagerly watched Georgia’s election results to see if the Peach State would give Joe Biden a victory over President Donald Trump in the presidential election this week, Gwinnett County was dealing with the aftermath of an election night software glitch.

It took a few days, but Gwinnett elections officials were finally able to count the results from more than 7,000 ballots late Friday afternoon. There had been a mixture of ballots in that group, but they were held up votes that needed re-adjudication.

“We have not uploaded the results from election night because there’s going to be a change, an increase in how the 4,400 goes over, part of this is going over, so we felt like there could be voter confusion in the numbers that we’re seeing going up and down and that it was best to wait until everything had been adjudicated,” Gwinnett Elections Supervisor Kristi Royston told reporters on Thursday.

Throughout the week, there was uncertainty over how many ballots had not yet been counted in Gwinnett County. Officials knew there were about 4,400 absentee ballots that arrived on elections day that had to be counted, and there were more than 450 ballots cast during early voting at Shorty Howell Park that had to be re-scanned because of a corrupted memory card.

What was uncertain was how many absentee ballots flagged in a software glitch on election night needed to undergo re-adjudication.

County officials said those ballots had undergone adjudication before — a process which happens when a voter does something like use a check mark or circle a name instead of filling in the ovals on ballots to mark their choices, or if they vote for more than one person in a race — but a software glitch caused Gwinnett’s computer system to reject those ballots and say they needed adjudication. The software provider, Dominion, was brought in to help sort out the issue.

There were 3,200 batches of ballots affected by the glitch, so officials said they knew there had to be at least one ballot in each batch affected.

Even so, how many total there were was the magic question.

“There’s not really a way I can say (how many ballots have not been reported in the results),” Royston said on Thursday.

Re-adjudication was completed late Thursday night, and elections staff spent Friday counting the ballots and uploading the results to the state’s system.

No outcomes in races changed because of the additional ballots being counted, but it did widen Biden’s lead over Trump in Georgia by 2,672 votes.

Even after that, however, there were still more ballots to be counted on Saturday, according to county spokesman Joe Sorenson.

“A total of 535 absentee by mail ballots that required a signature cure and three military/overseas ballots will be counted (Saturday) after Dominion technicians make the system adjustments needed to complete the count,” Sorenson said.