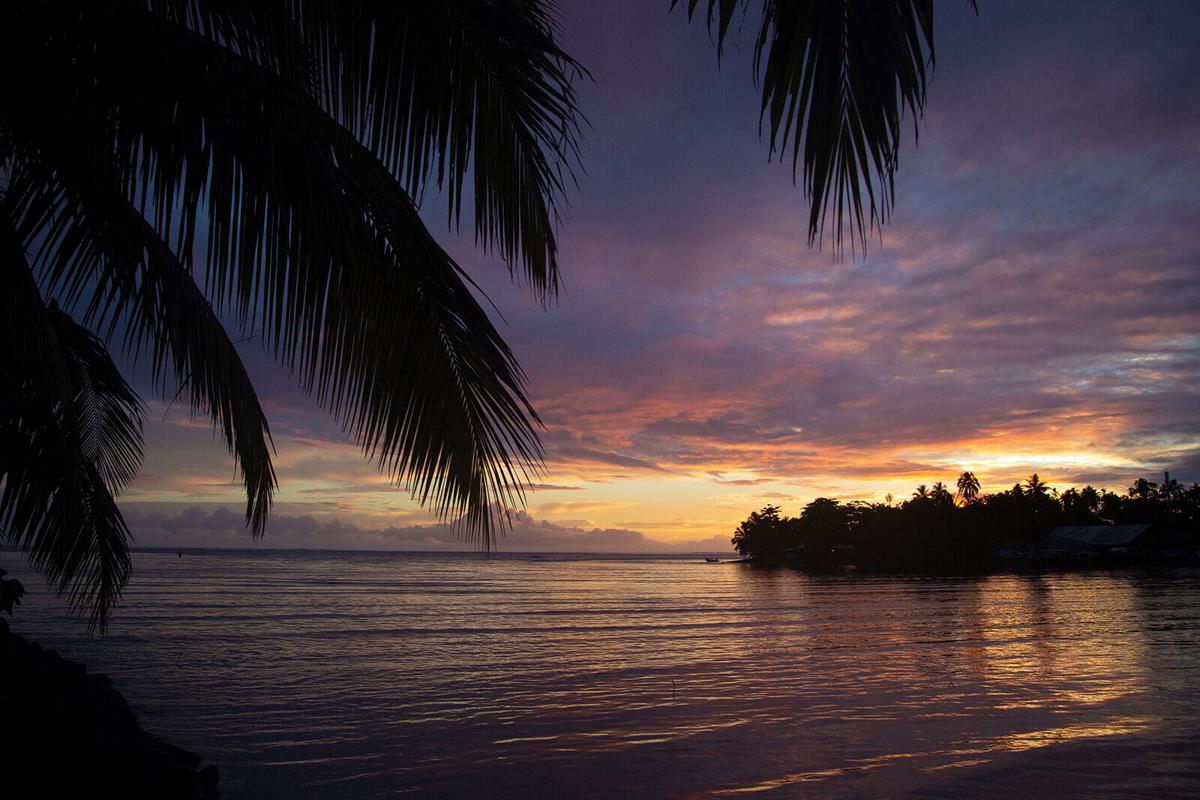 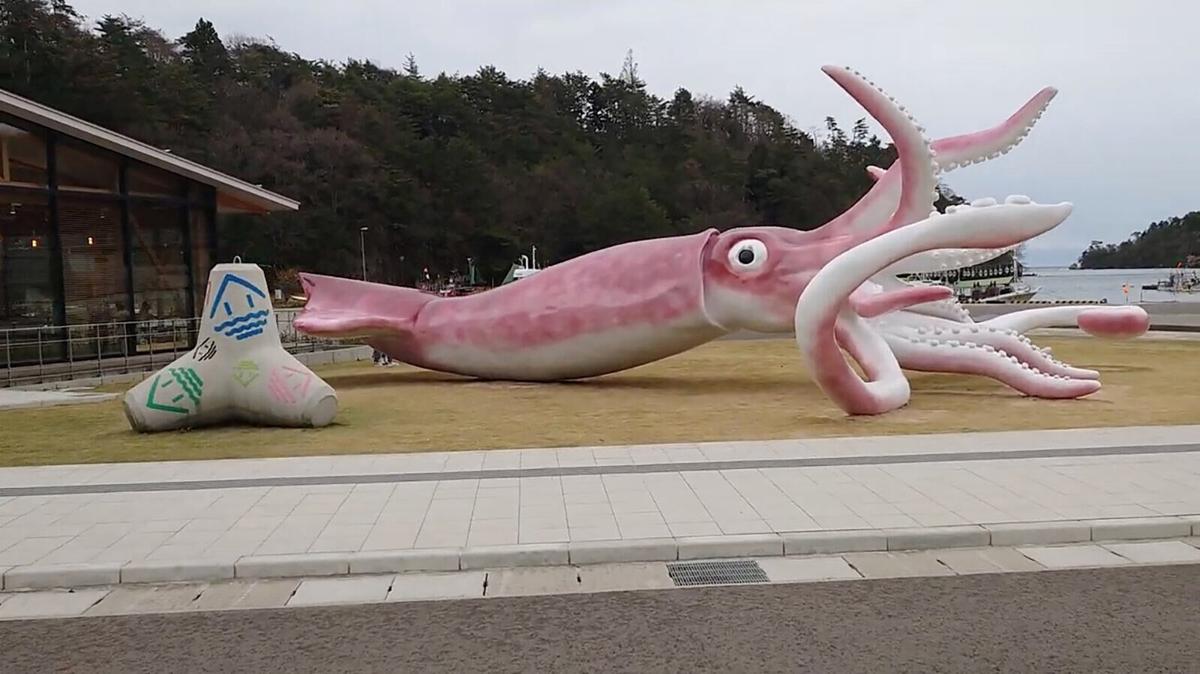 You've got to be squidding me. 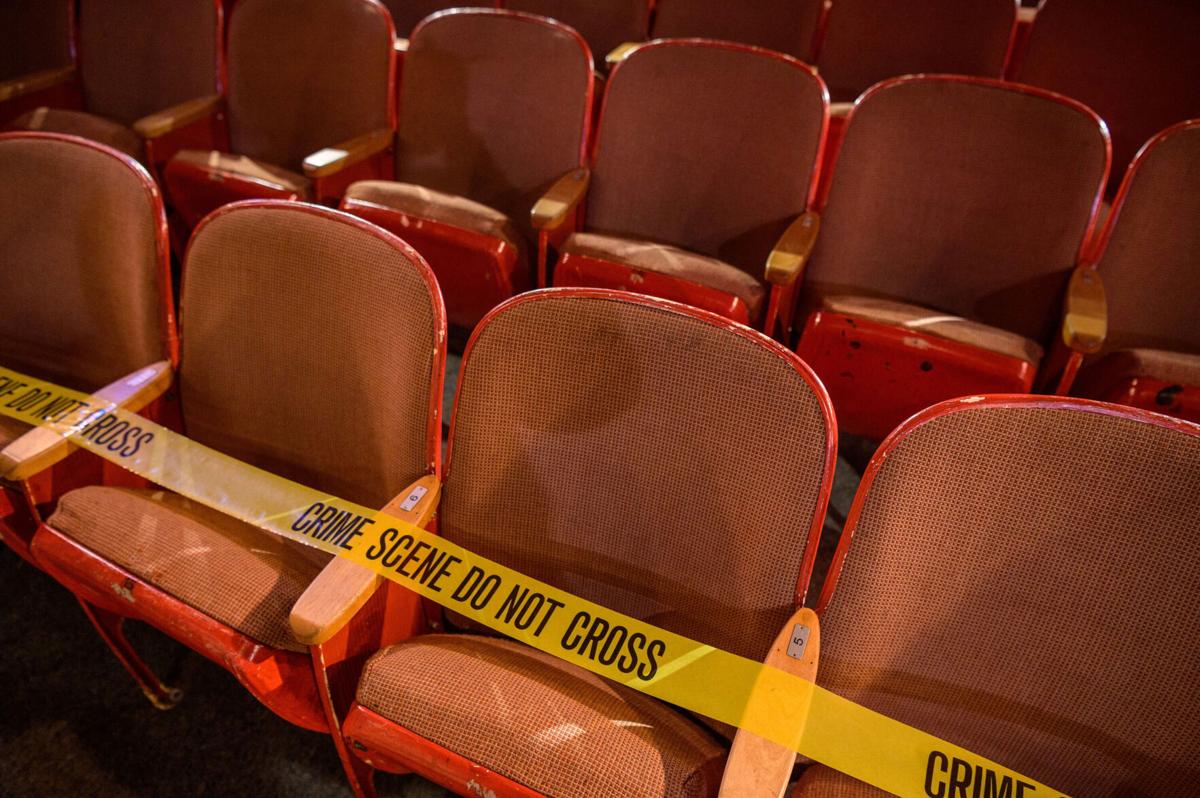 Broadway is set to light up again in September 2021. 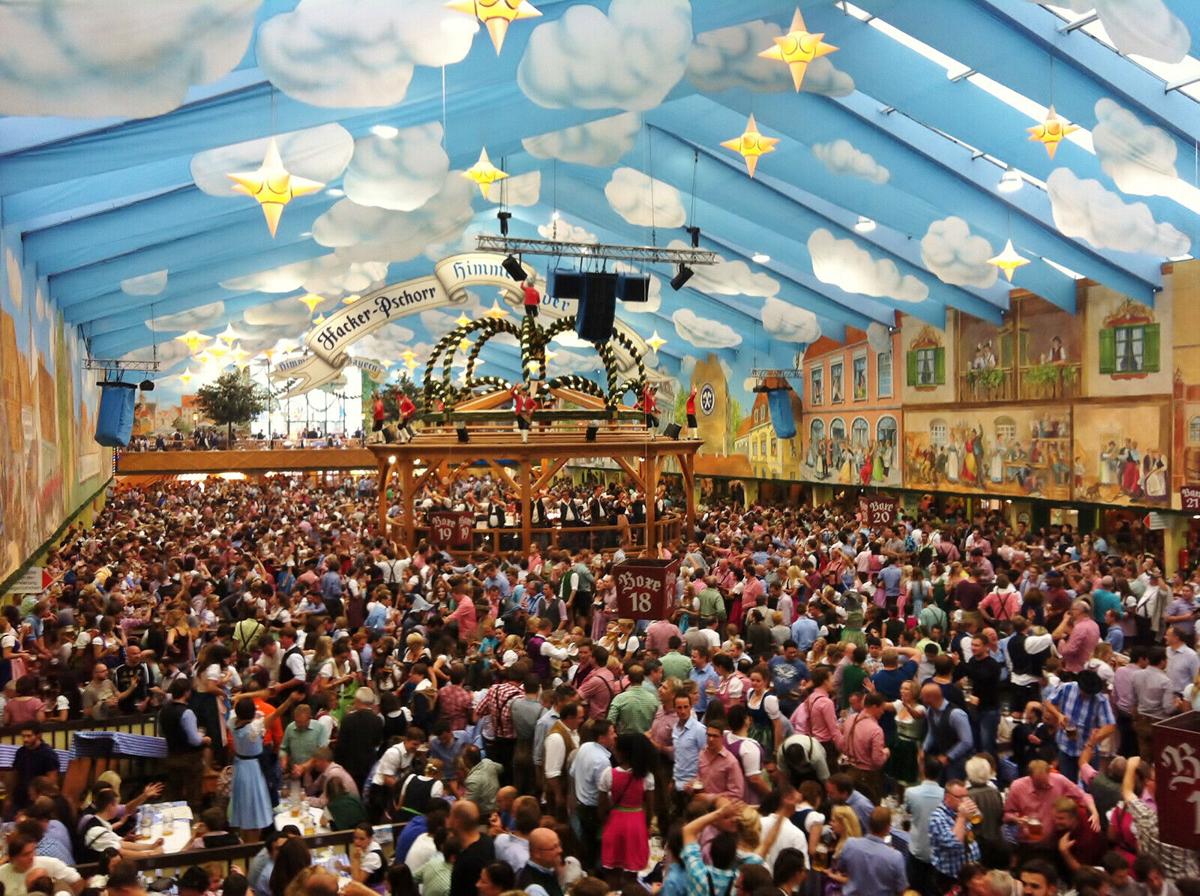 Munich's Oktoberfest isn't a natural fit for social distancing, so sadly it's been canceled again this year. 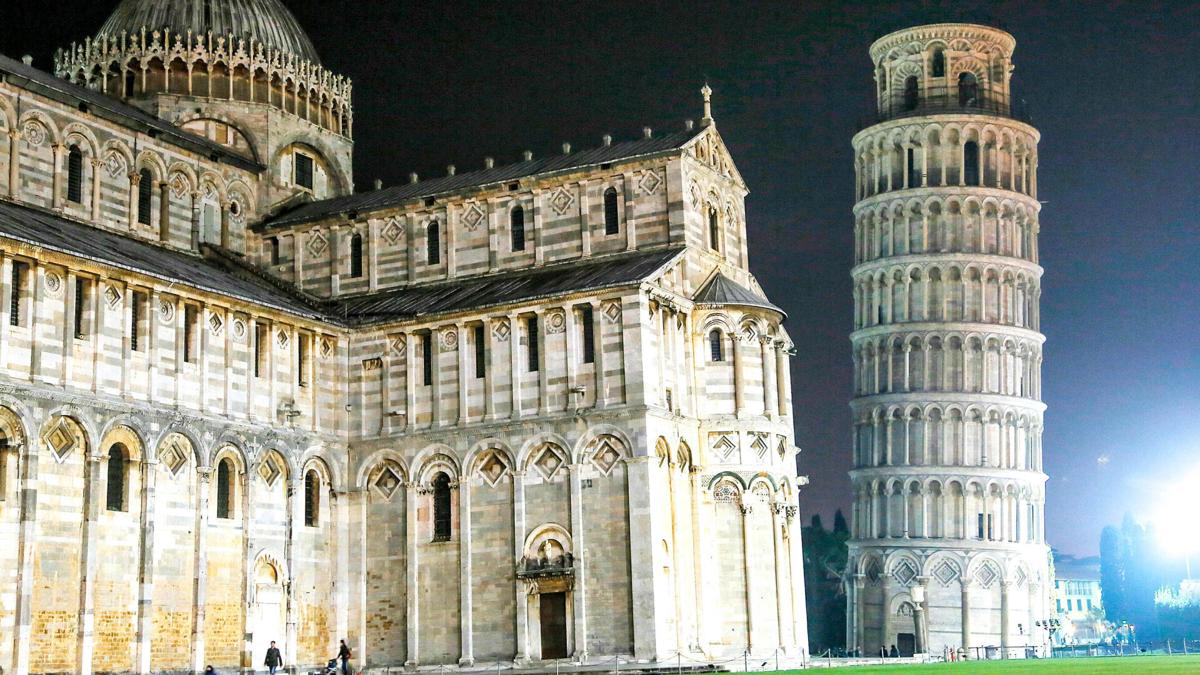 People walk past the leaning tower of Pisa and the cathedral at night on March 16, 2014 in Pisa. 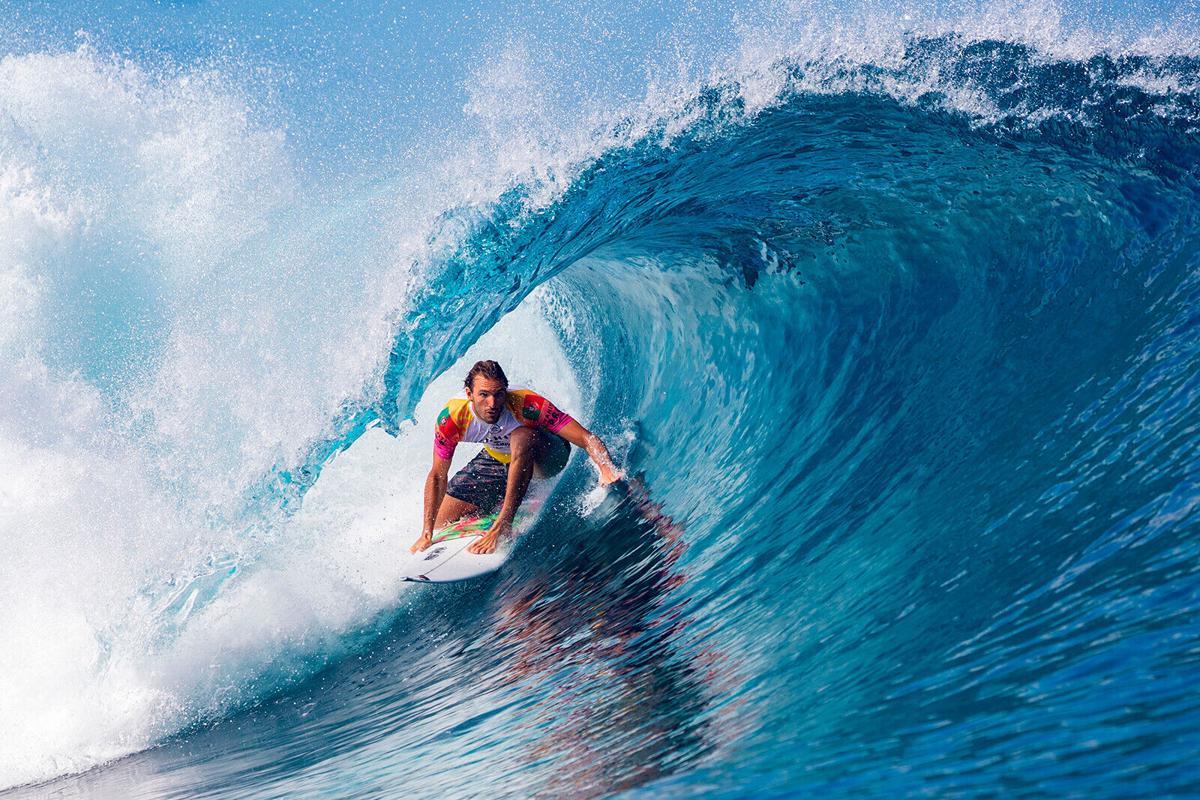 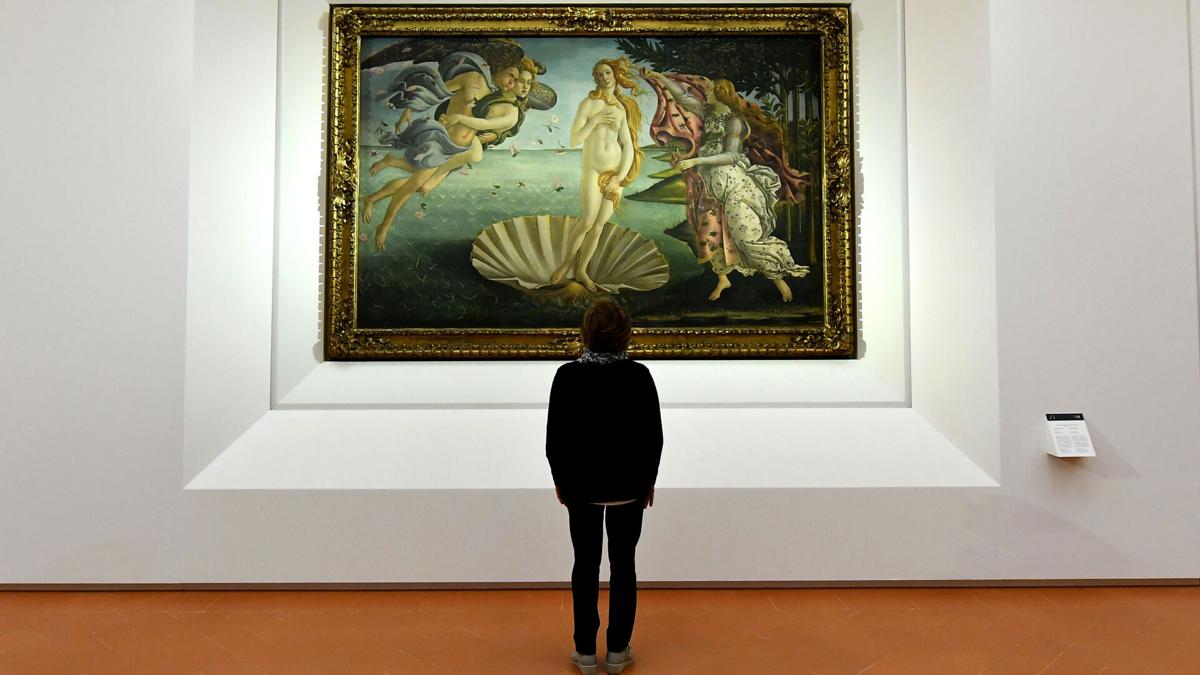 Botticelli's "The Birth of Venus" is one of the big-hitters visitors can now see again at the Uffizi. 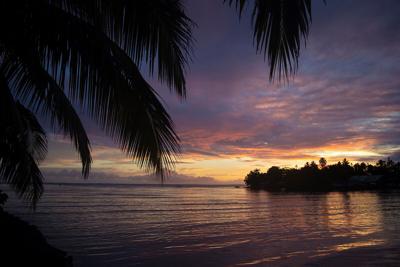 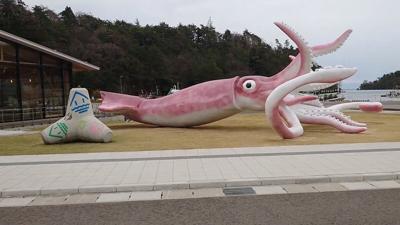 You've got to be squidding me.

Broadway is set to light up again in September 2021.

Munich's Oktoberfest isn't a natural fit for social distancing, so sadly it's been canceled again this year.

People walk past the leaning tower of Pisa and the cathedral at night on March 16, 2014 in Pisa.

Botticelli's "The Birth of Venus" is one of the big-hitters visitors can now see again at the Uffizi.

It's not been an easy year running a travel news desk. Openings, closings, ever-changing guidance -- there's been a lot for CNN Travel to monitor.

What it has made us, however, is Covid travel experts. Now that the world is starting to open back up, we'll be sharing our knowledge with you through these new weekly round-ups.

Come here to learn about the attractions opening their doors, the destinations relaxing entry rules, and the places where Covid spikes have forced authorities to pull down shutters.

Sunkissed paradise islands your thing? Then the good news is that French Polynesia reopened its borders to tourists arriving from the United States on May 1, allowing some travelers to once again enjoy beach getaways in Tahiti and Bora Bora.

Travelers must have been in the United States for at least 30 days prior to departure. Vaccinated travelers and those with proof of immunity can bypass the 10-day quarantine.

The bad new is, of course, that it's French Polynesia -- right in the middle of the Pacific Ocean, which means it isn't exactly handy for a weekend break.

In New York, Broadway tickets went on sale Thursday for shows starting September 14, giving fresh hope to the city's theater industry where an estimated 100,000 workers are currently out of jobs. No word yet on how long the wait is for "Hamilton."

Another sign that the Big Apple is getting back to being the city that never sleeps is the return of the 24-hour subway service on May 17, which will coincide with the lifting of New York's midnight curfew on outdoor drinking and dining.

Down in Florida, meanwhile, Walt Disney World Resort announced that it'll be phasing out on-site temperature screenings for cast members starting May 8 and for guests on May 16.

A little further east, Bermuda has lifted its Stay at Home order and the island is now open with temporary restrictions in place, including an 8 p.m. curfew.

The Bahamas, meanwhile has begun letting in fully vaccinated travelers without needing to show proof of a negative Covid test.

There was also a step forward in the US cruising world, as the US Centers for Disease Control and Prevention (CDC) issued trial cruise guidance which could allow operators to begin simulated voyages with volunteer passengers.

International tourism hasn't returned to Italy yet, but it was still a good week in traveler's favorite Tuscany, as two major attractions reopened.

Florence's Uffizi Gallery swung back into action on May 4 with a revamped second floor, featuring 14 new rooms and 129 works of art newly on display.

Meanwhile in Pisa, the Leaning Tower has been available throughout the pandemic as a backdrop for hilarious socially distanced photo opportunities -- "hey guys, what if we pretend we're pushing it back up?" -- but as of May 1, it's possible to get back inside the monument and museums of the world's favorite wonky building.

Further south, the news out of Rome is that a new arena floor is being added to the Colosseum to give visitors an idea of how the ancient Italian structure looked when gladiators fought there.

The attraction was largely shut to the public during Italy's coronavirus lockdowns and most recently reopened to visitors on April 26.

Elsewhere in Europe, cafes and restaurants reopened in Greece on Monday. Yamas!

Oktoberfest, Germany's annual celebration of beer, lederhosen and hearty thigh-slapping, has been canceled for a second year in a row.

A rival Oktoberfest event is being held in Dubai in October to coincide with the delayed World Expo, but it's attracted ire in Germany.

"The Oktoberfest is a Munich original and takes place exclusively in Munich," a spokesperson for the Department of Labor and Economic Affairs of the City of Munich, said in a statement.

The Seychelles has been leading the world with its vaccination roll-out, with 61.13% of its population fully vaccinated. However, a recent rise in Covid cases has this week led the Indian Ocean archipelago to bring back restrictions for two weeks -- schools are closed, sporting activities are canceled and a curfew has been introduced in bars.

May 17 is set to be a magic Monday. In Asia-Pacific, a two-way travel bubble between New Zealand and the Cook Islands is set to finally open after months of planning. And in the UK, England and Wales will be opening up foreign travel -- citizens will be able to make quarantine-free visits to a "green list" of 12 countries which currently include Portugal, Iceland and Israel.

Travelers are advised that countries' "green list" status can be withdrawn at any time and to not book non-refundable trips.

Two of New York's most legendary hotels have opening dates lined up: The Plaza, the French Renaissance-inspired monolith beside Central Park, is slated to reopen on May 20, while The Peninsula, on the corner of Fifth Avenue and 55th Street, will welcome guests on June 1.

The European Union could open by the end of June to fully vaccinated vacationers from countries with low Covid infection rates, under a plan revealed on Monday.

The proposals, published by the European Commission, advised that arrivals must have been inoculated 14 days before arrival with a vaccine from its approved list.

St. Helena, the tiny island island in the middle of the Atlantic where Napoleon was once exiled and which only got an airport in 2017, is now fully vaccinated and will reopen to visitors from June 21. Its remoteness kept it untouched by travelers throughout the pandemic.

Strangest Covid measure of the week

A town in western Japan was criticized on social media for directing some of its coronavirus relief funds into building a statue of a giant squid, in a bid to boost tourism.

The 13-foot-high cephalopod which has popped up in Noto, Ishikawa Prefecture, has eight pink arms and zero protection against airborne viruses.

The US marks a vaccine milestone, but one expert warns that the coronavirus Delta variant has a worrying impact on patients

Summer is the season that reminds us to come alive

LOST & FOUND JET SKI LOOKING FOR THE OWNER OF

LOST & FOUND JET SKI LOOKING FOR THE OWNER OF A YAMAH…