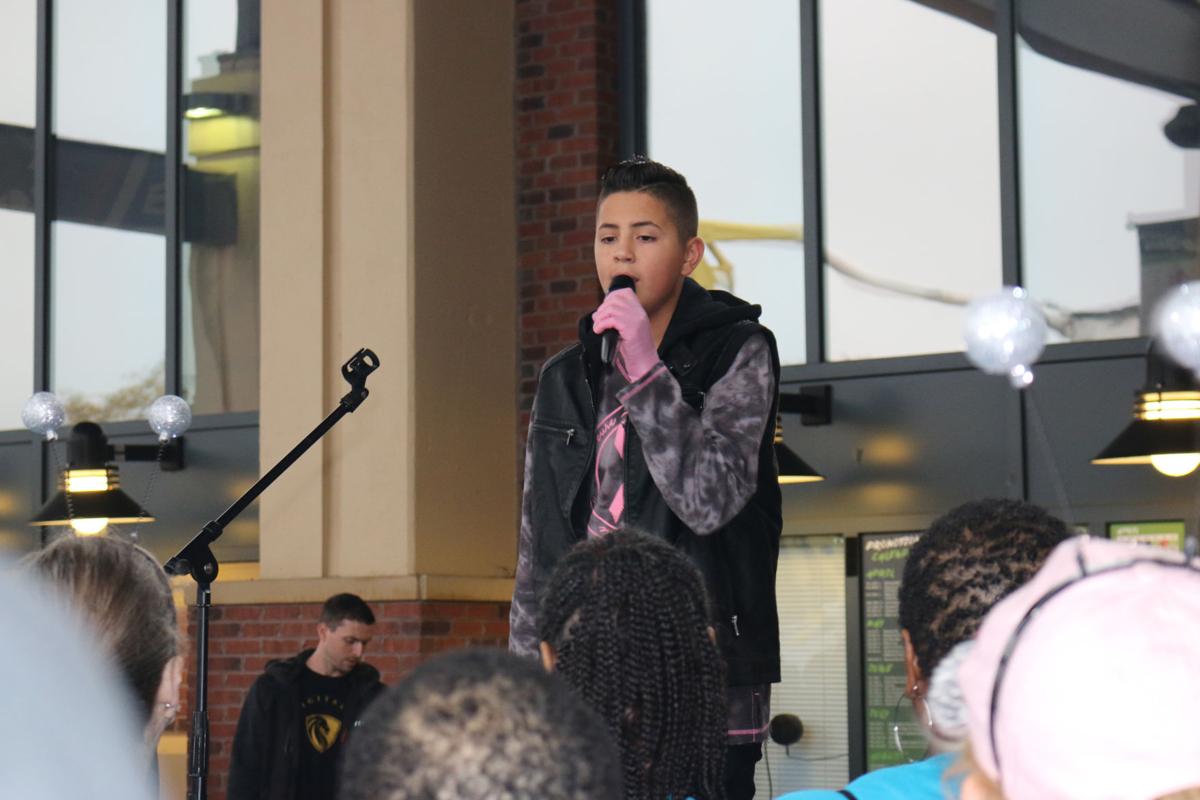 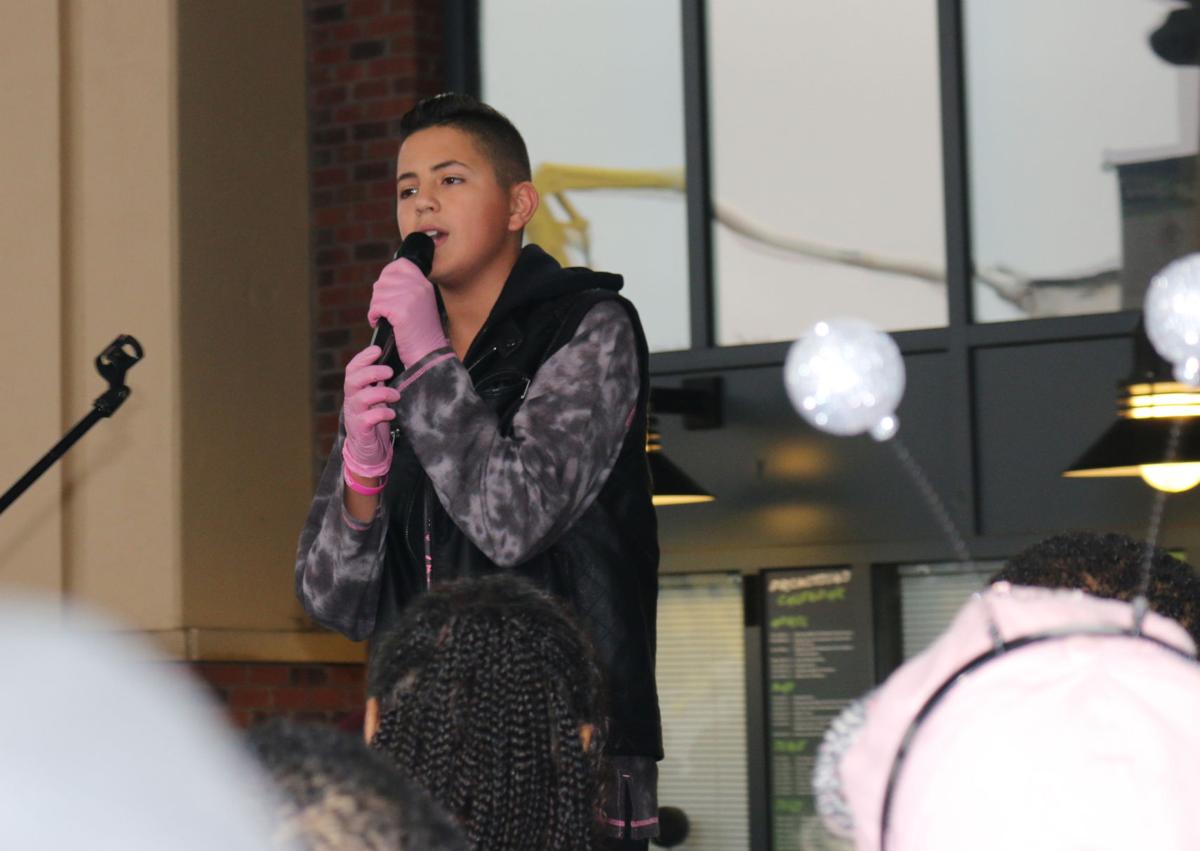 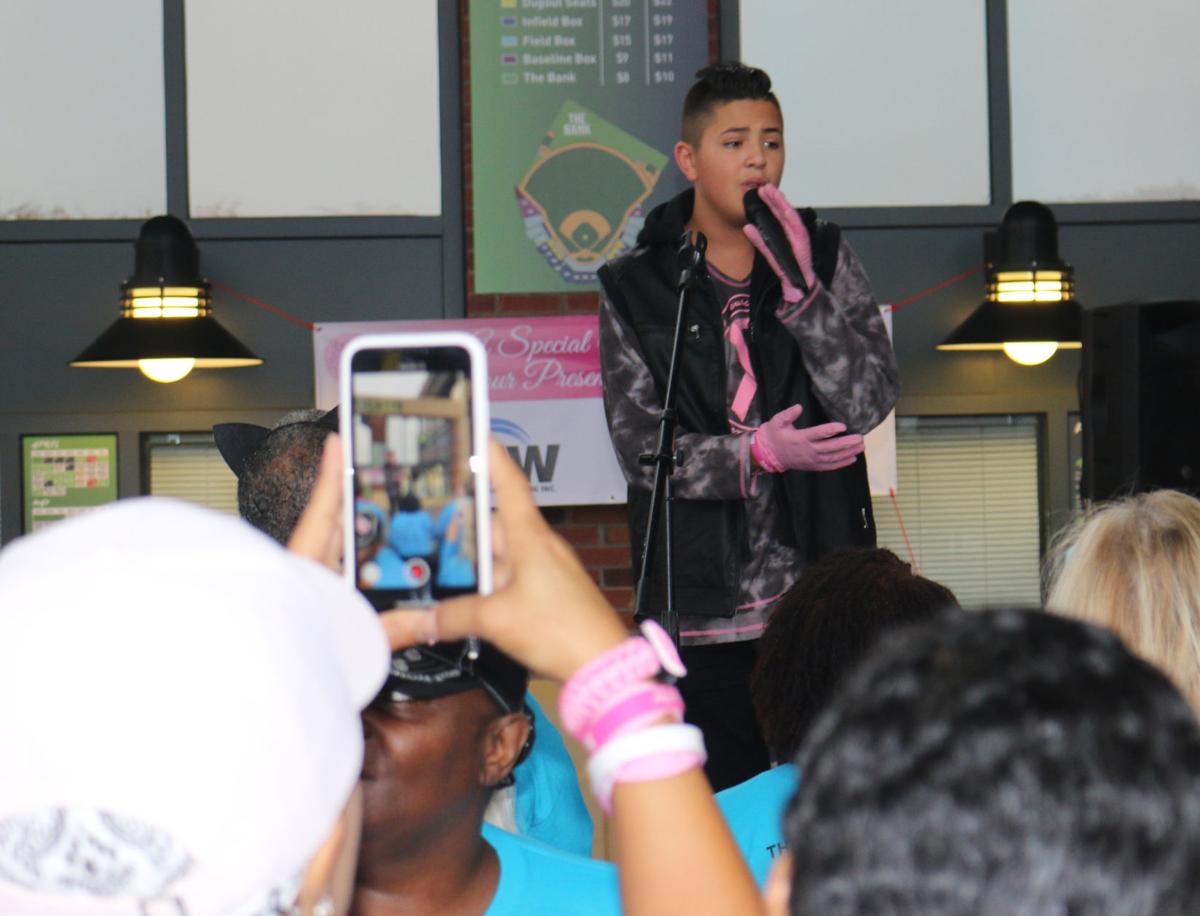 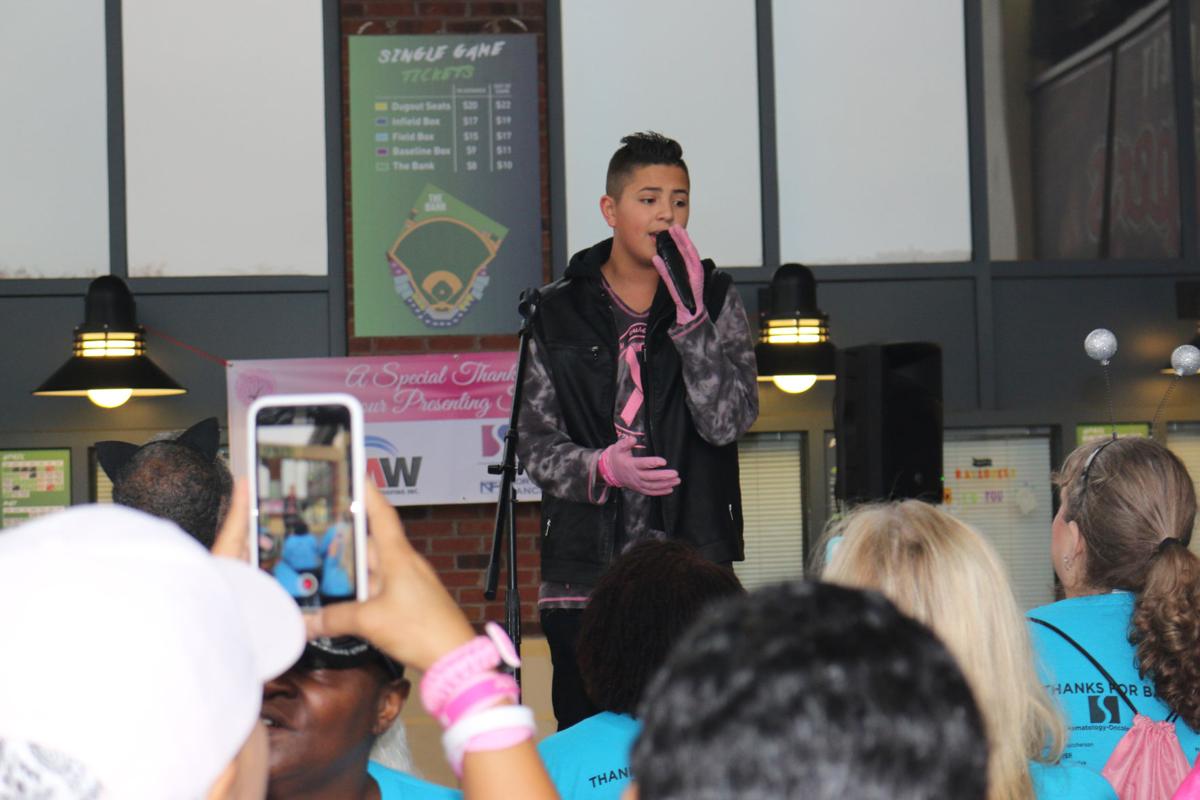 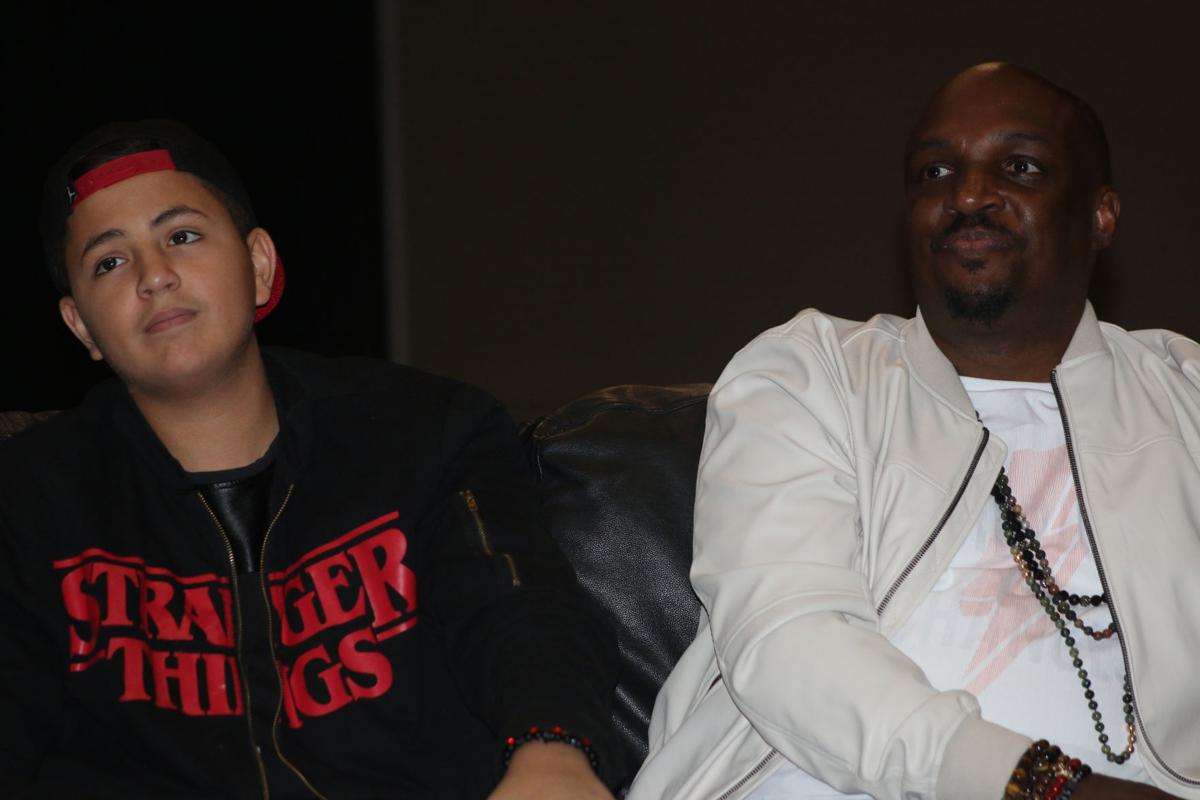 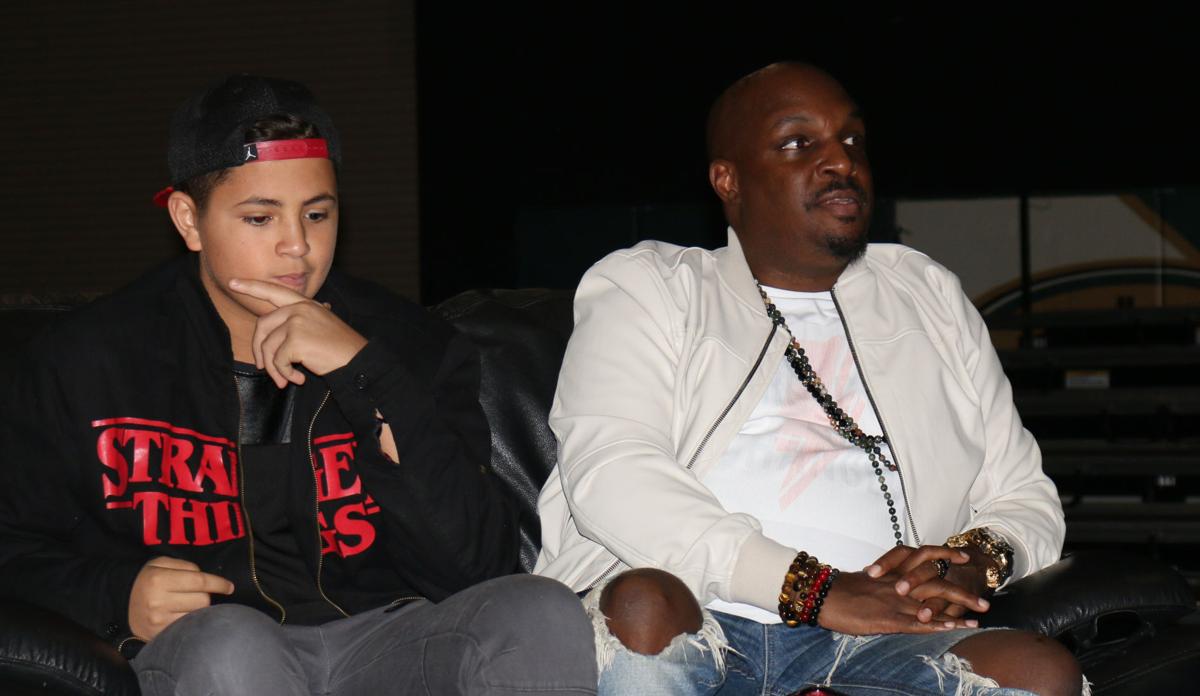 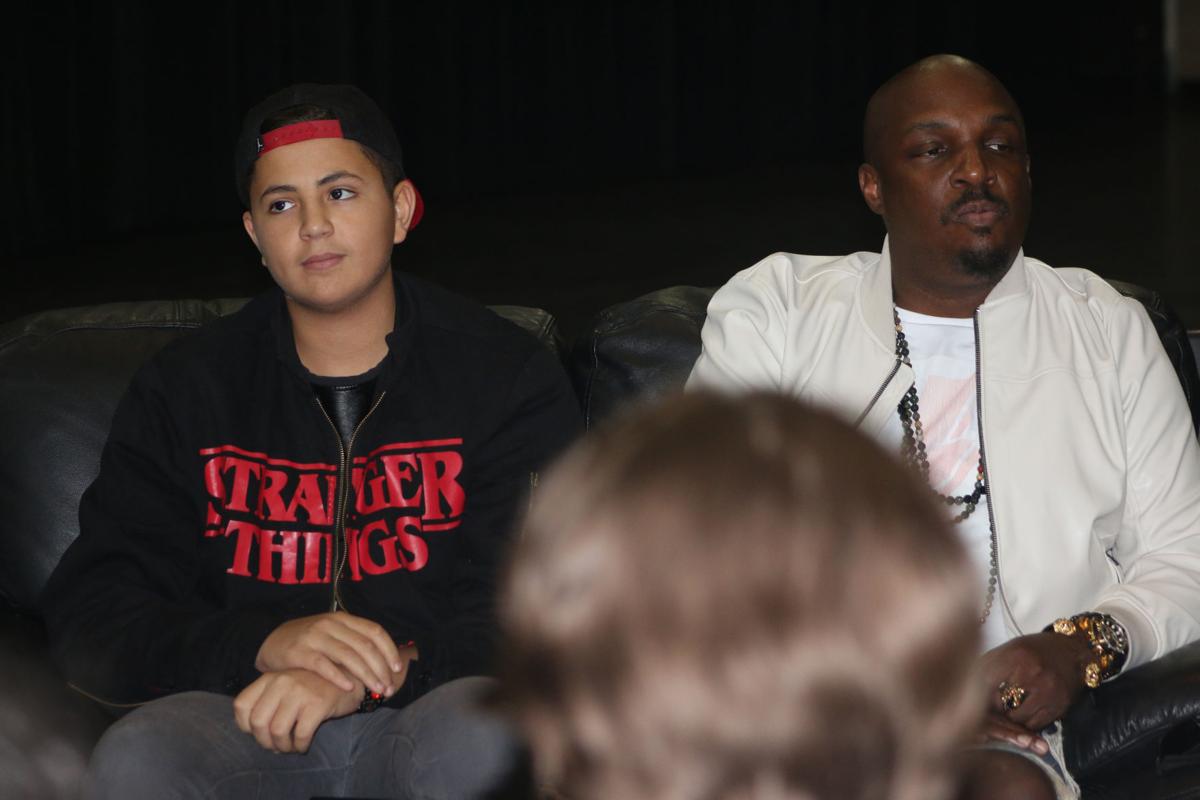 Naceur Dachraoui and Damon Thomas speak to Grayson Tech students during a Q&A session on Oct. 23. 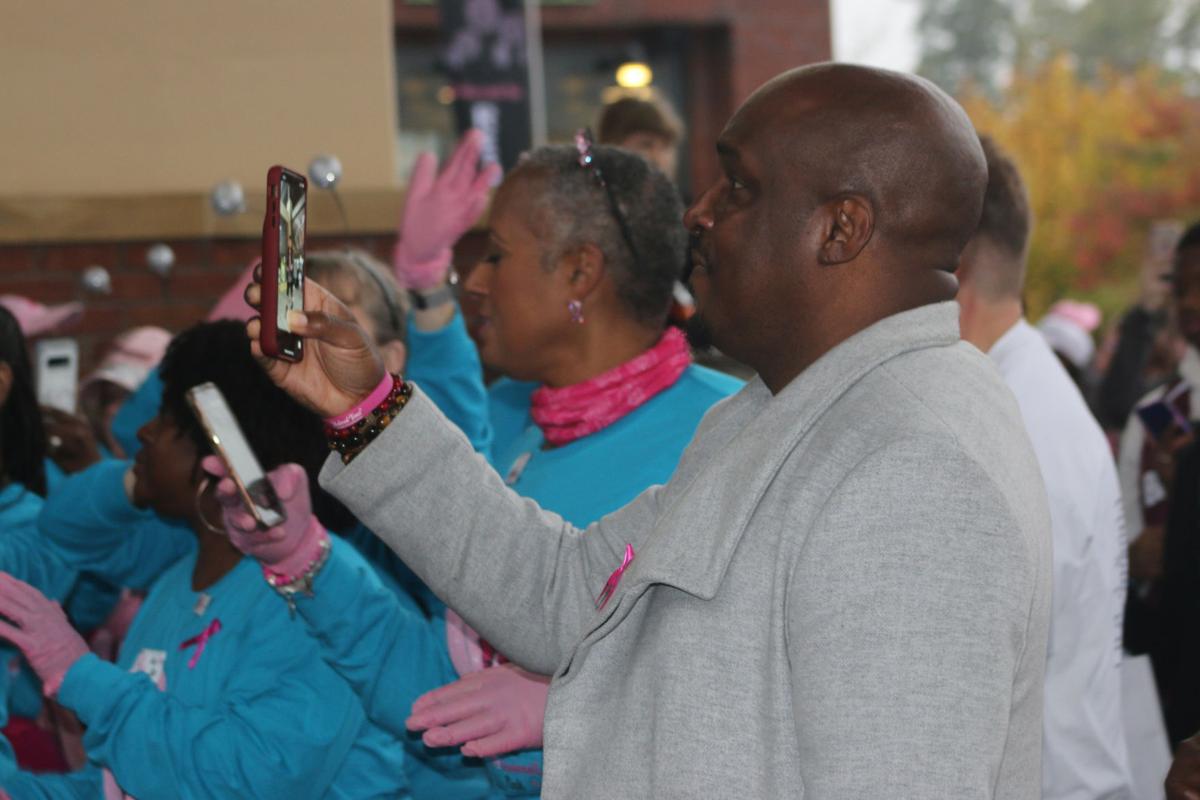 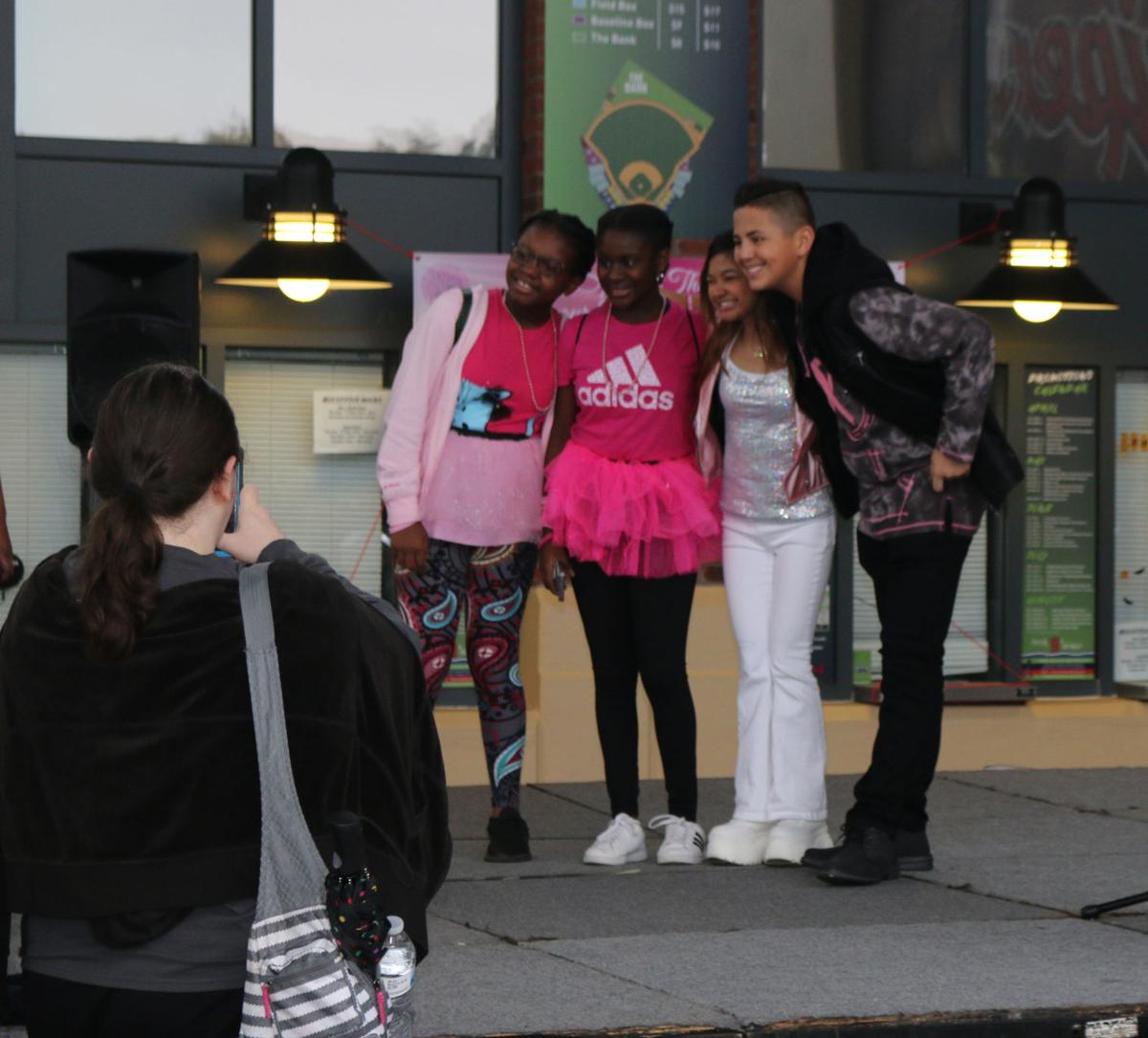 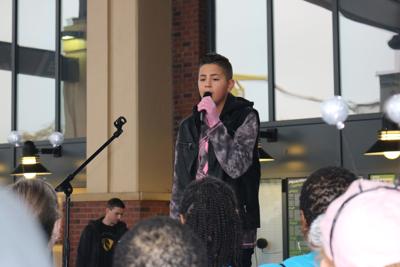 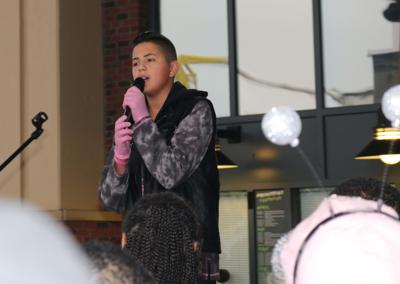 Naceur Dachraoui and Damon Thomas speak to Grayson Tech students during a Q&A session on Oct. 23.

One can’t help but draw comparisons to Justin Bieber when listening to Naceur Dachraoui.

That’s the comparison Christine Dachraoui said producer Damon Thomas made when he heard Naceur sing for the first time this summer. At that time, Christine Dachraoui and her husband Moncef knew their son, a rising 10th grader, had a knack for singing but he wasn’t taking it seriously yet. They asked Thomas to listen to him.

“People have told us, ‘He’s got something; he’s special,’” Christine said. “We asked Damon, ‘Will you listen to him? If you don’t like him, stop him after 15 seconds, he won’t know a thing.’”

Three or four songs later, Thomas said “You have another little Bieber on your hands,” and was convinced he wanted to produce the singer’s first album.

Naceur, who attended Lanier High School last year as a freshman, is now a sophomore at Gwinnett Online Campus. It gives him the flexibility to fill his day with vocal lessons, dance lessons, practicing piano and guitar and a few recording sessions. He goes on campus once per week but otherwise submits homework remotely.

“It was not necessarily the material or teacher or anything else, it was just time,” Naceur said.

Naceur said he tested his interest in pretty much everything before he gravitated toward music. He played soccer, learned tips in photography from his dad, dabbled in coding and production.

“I was spreading my roots in everything but singing,” he said. “I remember I was taking a photo, humming to the song that was on … Damon was like, ‘Can you sing?’”

Thomas’s resume includes Academy Award nominations for work on films such as “Dreamgirls.” He’s also been involved early in the careers of artists like Chris Brown.

He realizes Naceur’s talent is raw, but looks forward to molding it and seeing the singer’s potential grow.

“It’s going to be another five months before I can record him and I want him today,” Thomas said. “We are actually just doing all of that work and having him do things and preparing him.”

Thomas has since relocated to work out of the studio Christine and Moncef own in Suwanee called Dash Digital — an all-in-one creative studio that provides photography, branding, web design and video production solutions for companies and individuals. Dash Digital provides Thomas flexibility to pursue the projects he wants, including producing Naceur’s debut album. That may not materialize until 2020 or 2021.

Industry professionals are already impressed with Naceur’s ability to recognize pitch and with the strength of his voice. He’s currently trying to build up chops to sing live. His first live performance was during the national anthem at a Lanier High School football game in September, followed by two songs at Coolray Field for the Paint Gwinnett Pink 5k Run and Walk. The first song he sang was “To You” by Justin Bieber, followed by “Can’t Stop the Feeling” by Justin Timberlake.

Naceur said he’s getting fulfillment out of spending so much time developing his voice, learning instruments and working with Thomas to produce an album.

“Above all, singing kind of rose up and was like, ‘This is the thing I need to do,’” Naceur said. “It was hard, but this is a much better decision.”

He’s also building up his brand. Fans can follow his Instagram @TheRealNaceur to see his progress. Naceur said he wants to produce music that helps people disconnect from hard days at work or school.

“First, I want to just get myself on stages and start singing in front of people,” Naceur said. “Other than that, it’s just artist development. I want to be sure to hit it on the nail when we start our album.”