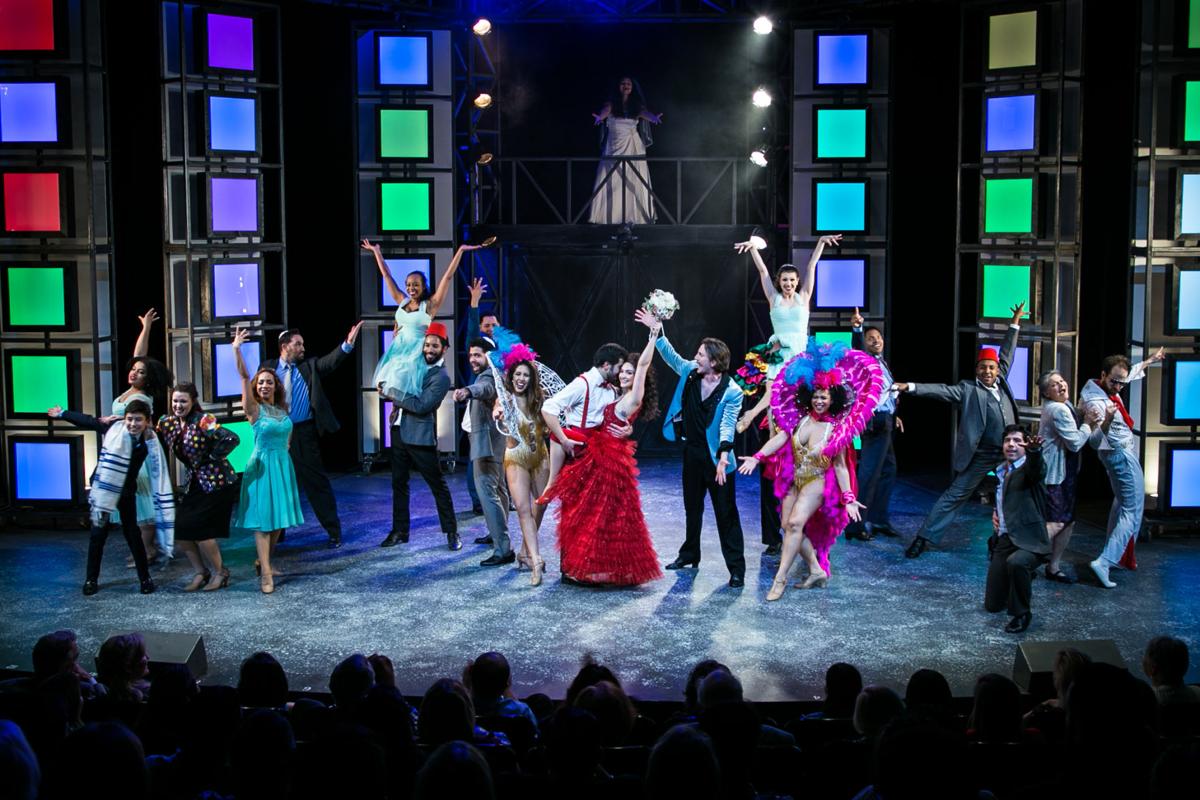 Max J. Cervantes, Maria Bilbao and the cast of “On Your Feet!” 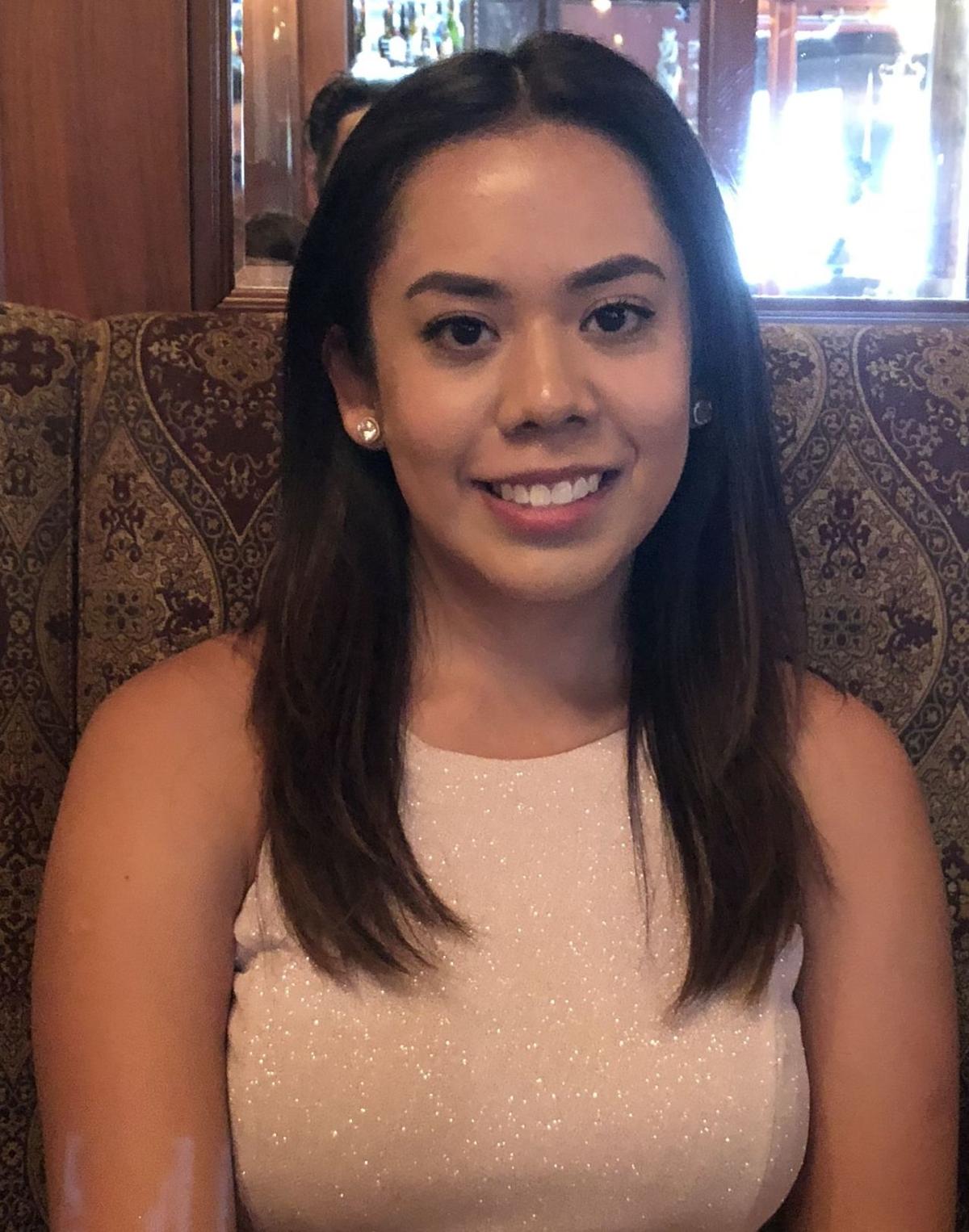 When my family and I started vacationing in Miami a decade or so ago, I remember walking around Ocean Drive in South Beach and being enamored with the flashing lights, bright colored buildings, the even flashier cars, and the loud music emitting through speakers from nearby bars and restaurants.

The music. It makes the atmosphere in Miami irresistible. Even if you can’t dance or are normally too shy to do so (like me) the sounds of trombones, saxophones, trumpets, claves and drums under sunshine and palm trees is enough to at least — and I mean at the very least — move your head and tap your feet.

The cast of “On Your Feet,” which tells the story of Cuban-Americans Emilio and Gloria Estefan, brought Miami to downtown Lawrenceville during its opening night Thursday, March 5. Everything was there — flashing lights, bright costumes, a diverse cast, Cuban accents and, of course, rhythm.

This was my first time at a live musical, but not my first time hearing “Rhythm is Gonna Get You,” “Conga” and “Get On Your Feet.” My own immigrant parents, particularly my mom, woke my siblings and I up every Saturday when we were kids to that type of upbeat music to get us started on the weekend cleaning. Watching the musical took me back to that time.

At intermission, I turned to my boyfriend, who’s a tough critic with almost everything that we do, and before I could ask him what he thought of the show, he gave me a big smile and said, “It’s great.”

Throughout the show, the woman sitting in the row behind us yelled praises at the cast members. She seemed to be especially fond of Consuelo, Gloria’s grandmother, and I can see why. Sitting inside the intimate Aurora Theatre, with the actors sitting on the edge of the stage or dancing in the aisles, it was easy to feel connected to the characters, to feel like you were a part of the story, not just watching.

When Gloria’s parents stared into space as they “watched” TV, I felt like I was sitting in the living room across from them. I got chills on my arms when we learned Consuelo had passed away. The audience “wowed” out loud when Maria Bilbao, the actress playing Gloria, moved her hips and danced and sang with a similar power as the real-life Gloria.

And when Gloria returned to the stage for the first time after being injured in a tour bus crash, not only did audio of clapping come from the speakers surrounding the small theatre, but the actual audience clapped and cheered as if we had been with her every step of the way of her recovery.

While all the dancing and singing was enough to keep me entertained throughout the show, there were also several moments that reminded me that Emilio and Gloria Estefan’s story is greater than their rise fame.

It’s also the story of the struggles and stereotypes they faced as Spanish-speaking artists trying to cross over to an English-language audience. The musical included the moments when Gloria’s music was “too Latin” for American audiences and “too American” for Latin audiences.

Although I’m Mexican-American and not Cuban-American, I felt a sense of pride watching the musical when Emilio and Gloria Estefan made it in the music industry in the U.S. Their cultural impact on American society helped pave the way for Latin artists in this country.

PHOTOS: 'On Your Feet!" brings story of Emilio and Gloria Estefan to life at Lawrenceville's Aurora Theatre

"On Your Feet!" is at the Aurora Theatre now through April 12. Showtimes are Tuesday through Saturday at 8 p.m., and Saturday through Sunday a…

Think back to Super Bowl LIV in Miami on Feb. 2, when Shakira, J. Lo, Bad Bunny and J Balvin marked the first all-Latin lineup in the event’s history and the first Latina headliner since Gloria Estefan in 1999.

The sociopolitical significance of the musical may have been disguised in Latin Pop music and quick moves, but the message was not lost.

For one night, the cast of “On Your Feet!” managed to take me back to my immigrant roots, to the Miami bars and clubs in the ’80s, and on tour with Gloria Estefan.

Chamian Cruz is the police

The Aurora Theatre in Lawrenceville will remain open for the time being, as worries over the coronavirus cause event cancellations throughout the county and state.

Aurora Theatre closes after all, despite taking measures to maintain healthy space

The Aurora Theatre in downtown Lawrenceville temporarily closes its doors without a clear re-opening date, as the Centers for Disease Control and Prevention says to limit gatherings of more than 50 people.

It's official: The CDC wants you to wear a mask