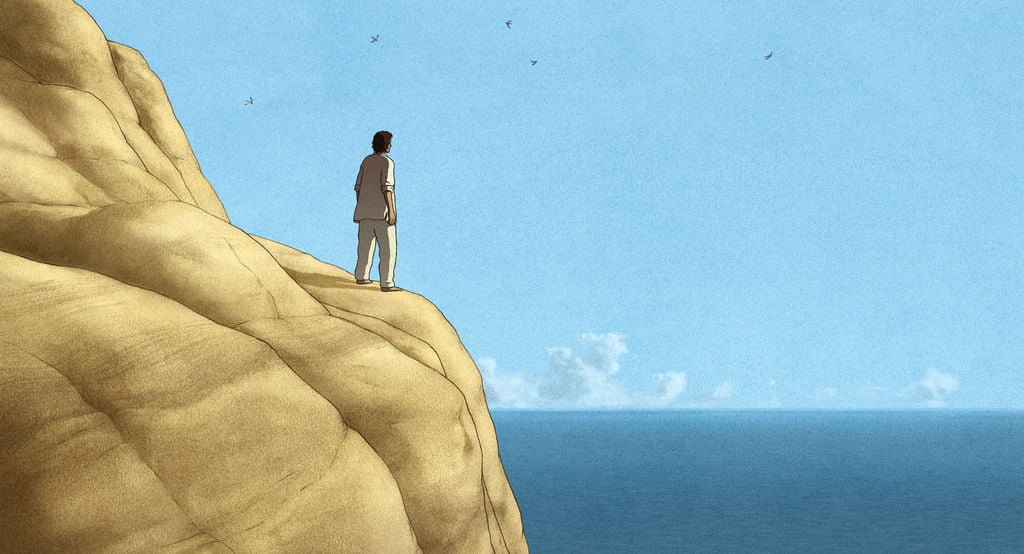 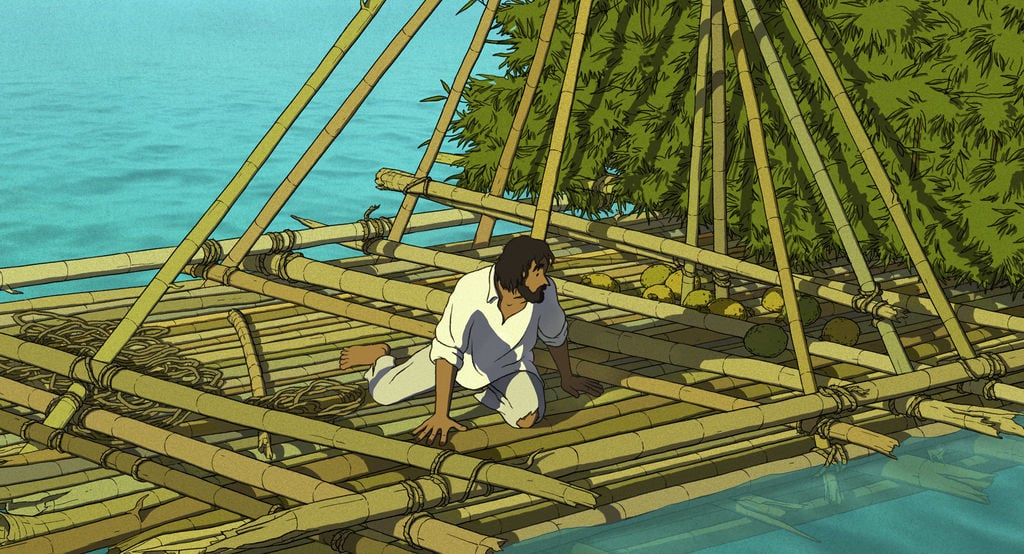 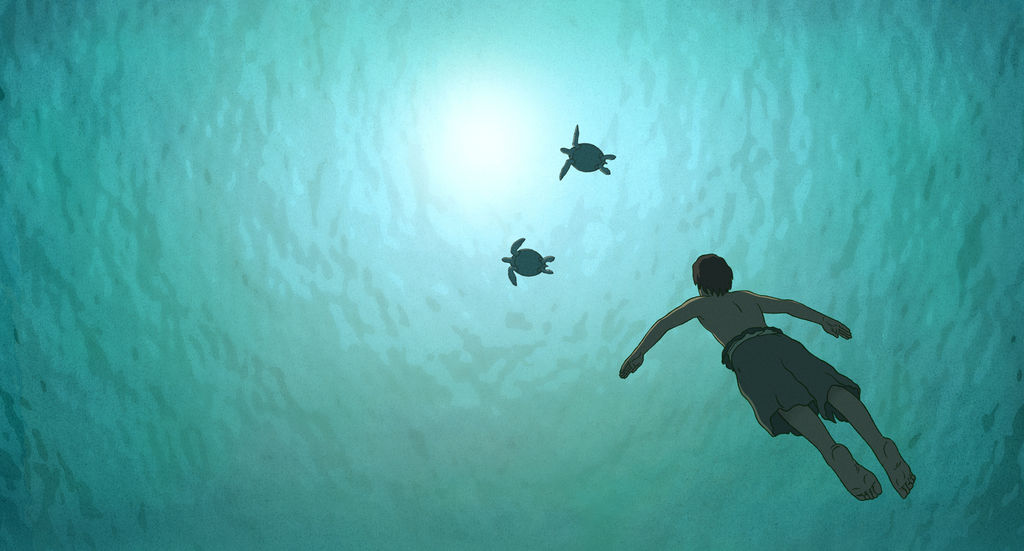 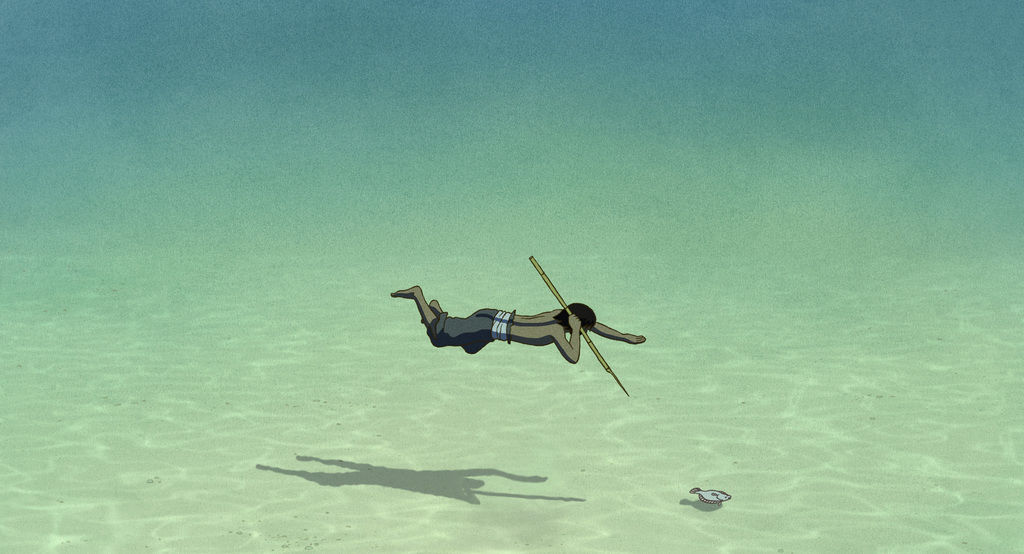 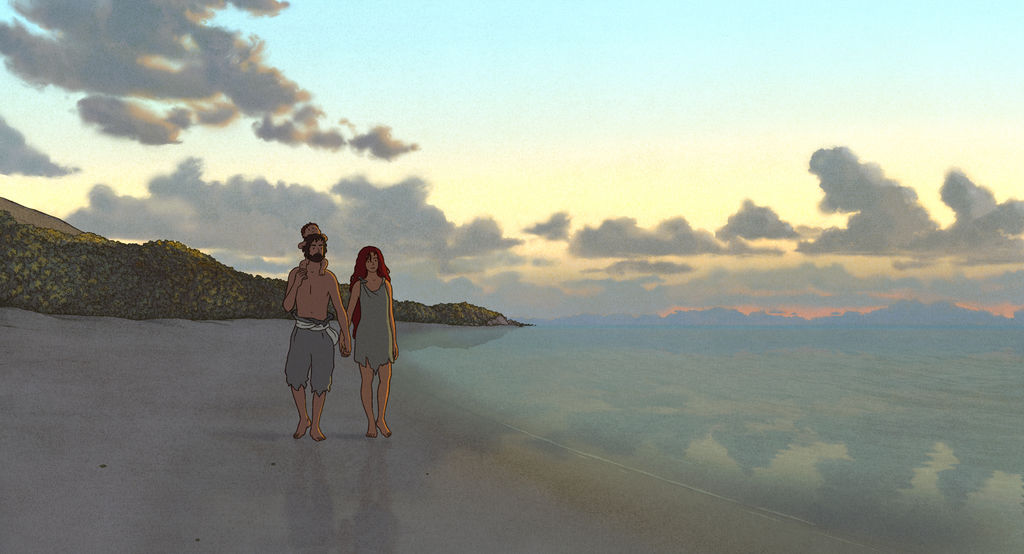 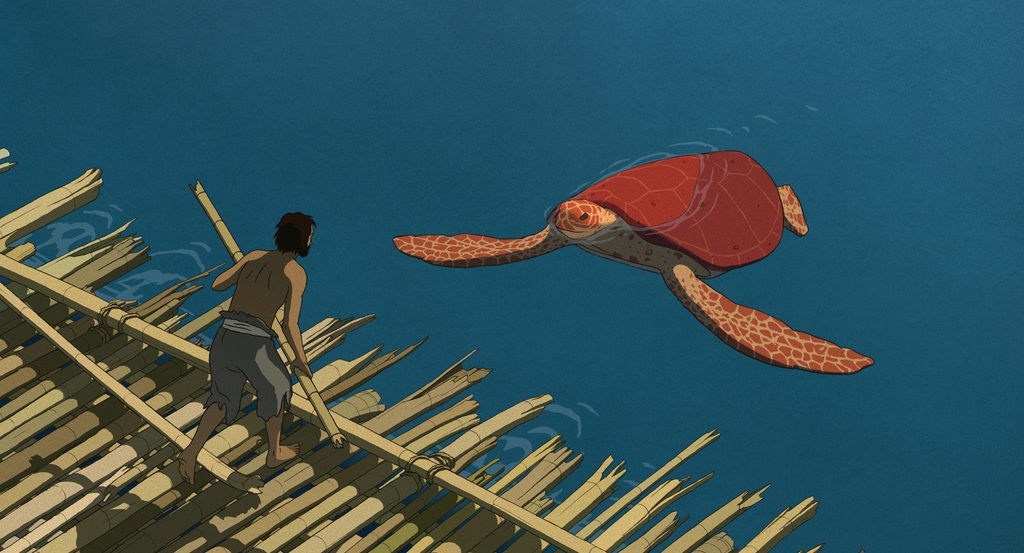 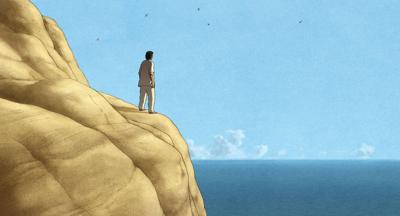 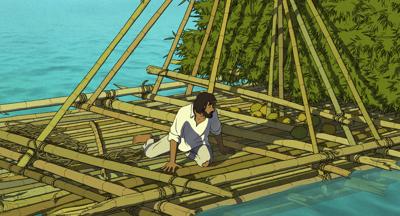 Among the best of 2016’s cartoons is Disney’s “Moana,” a story about an island dweller who wants to sail away and said dweller’s encounters with a not-fully-human frenemy.

It just so happens that “The Red Turtle” also shares that central concept, though it otherwise couldn’t be more different.

Disney’s offering is a slick, technical marvel, full of vibrant color and song in the American studio’s tradition, even if it breaks some new territory with its decidedly ethnic setting and cast. Contrast with the wordless, (mostly) hand-drawn “The Red Turtle,” a truly international collaboration between Dutch-British director Michaël Dudok de Wit and French and Japanese animation houses Wild Bunch and Studio Ghibli, respectively.

The film literally begins with a splash: A man is adrift at sea, presumably shipwrecked. He survives the storm to make landfall on a deserted island. After a harrowing moment or two, he gets his wits together to built a raft and escape the island. But an at-first-unseen creature ruins his attempt.

Though shaken, our hero won’t give up entirely, not when he can also construct weapons to perhaps fend off the attacker — or end its life completely. But that’s when the most unexpected thing of all happens.

With few exceptions, most American animated films are generally computer-generated and made and marketed with young audiences in mind. This is less the case overseas in Europe and Japan, where some truly adult fare regularly hits the big screen and the art of feature-length hand-drawn animation hasn’t yet gone extinct. And that’s the well from which this astounding film springs.

The craft in “Turtle” is amazing. With not a single line of dialogue beyond a few yells, the story is told in clear visuals — for instance, the sparse color palette helps sell the character’s plight well. The movement of the characters is true to life in a way that hasn’t been seen since Disney’s early animation classics. Indeed, this film is very realistic, except for the giant sea turtle character in the title (and, perhaps, one or two of the antics of the tiny crabs which, in another film, would be the comic relief sidekicks).

It’s perhaps too realistic, even with its fantasy elements. Imagine Tom Hanks in 2000’s “Cast Away” but without the bookends of his life before and after his experience on the island. Or the banter with his imaginary friend, Wilson. That’s what “The Red Turtle” is, somewhat, at least in its first act. Then, in its second, it asks us to come along with it as it becomes a very different movie. It’s a shift that works, mostly. But viewers who like things explained will come away disappointed in that regard.

Still, it’s the film’s simplicity that makes its impression on the viewer. And though the tone of “Turtle” is very adult — the younger set may squirm despite its very lean 80-minute run time — it is perfectly family friendly. It’s a thing of quiet beauty that is exceptionally rare in the world of animation.

“The Red Turtle” is a nominee for Best Animated Feature Film. In a perfect world, “The Red Turtle” would not only be up for this award but possibly considered for Best Picture as well. Indeed, it would not be such an outlier in the world of animation. But, as the movie illustrates, this is not a perfect world, but a harsh one. Yet one with great beauty and happiness in store.