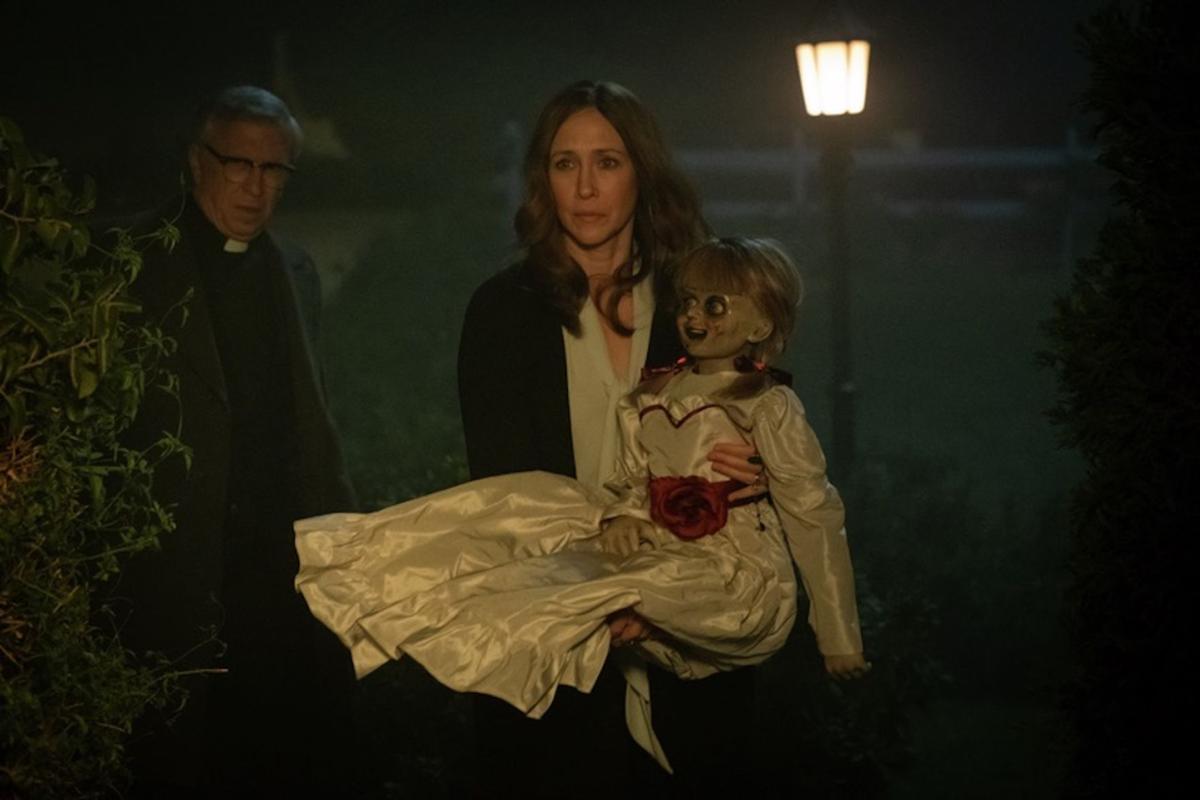 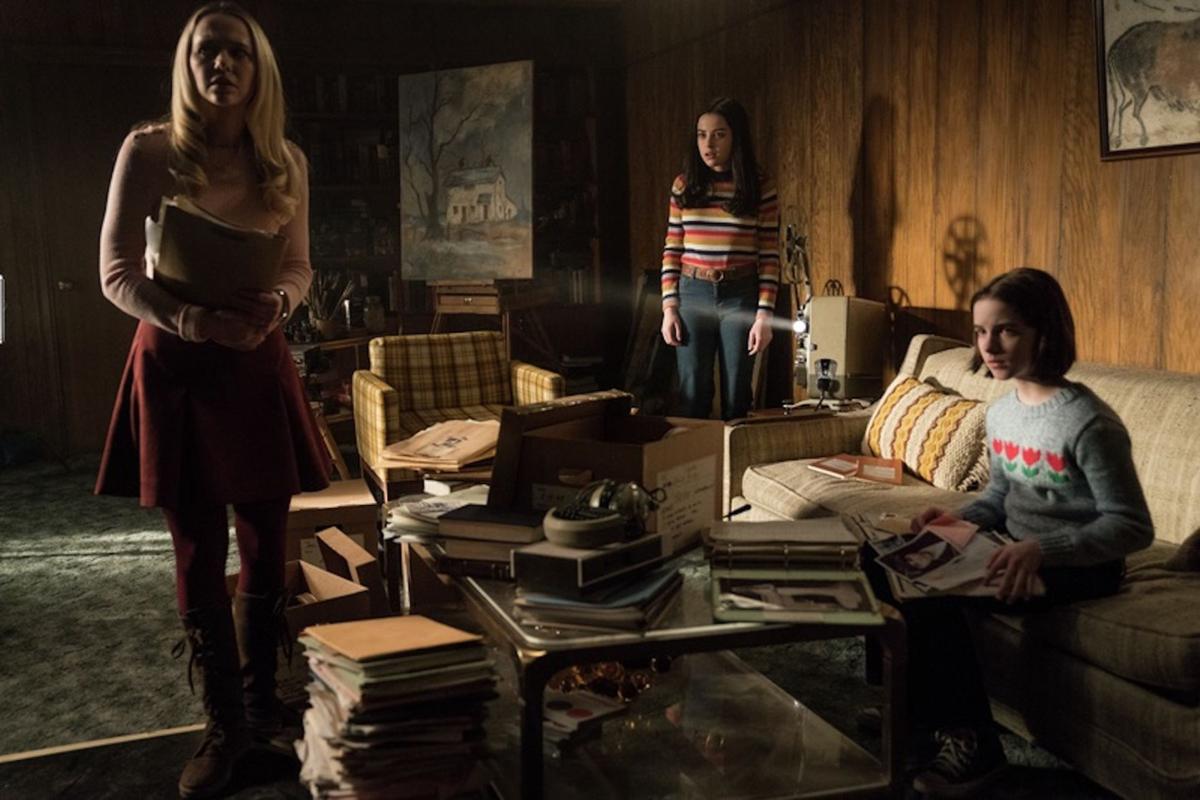 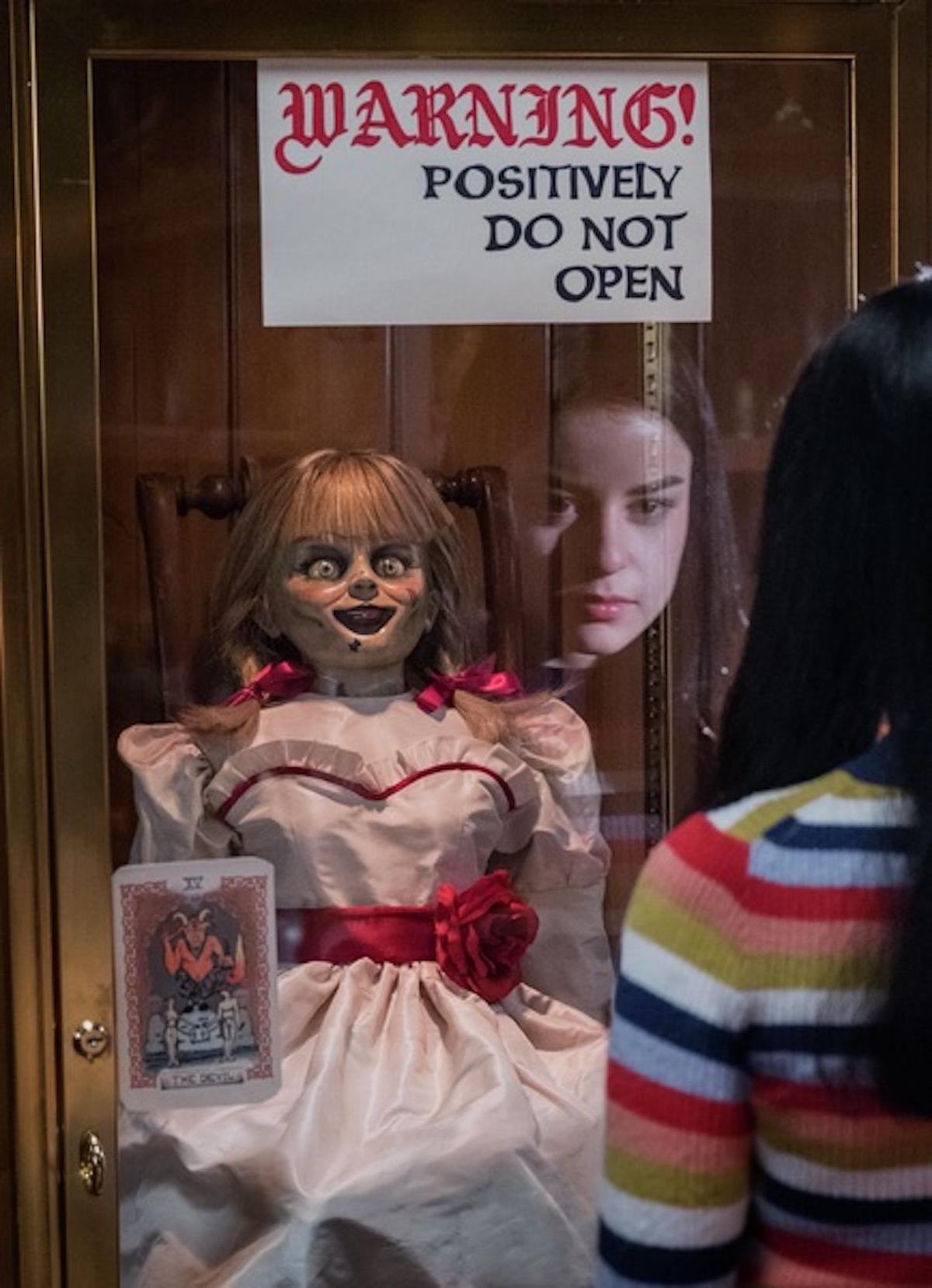 The Annabelle doll and Katie Sarife as Daniela appear in “Annabelle Comes Home.” 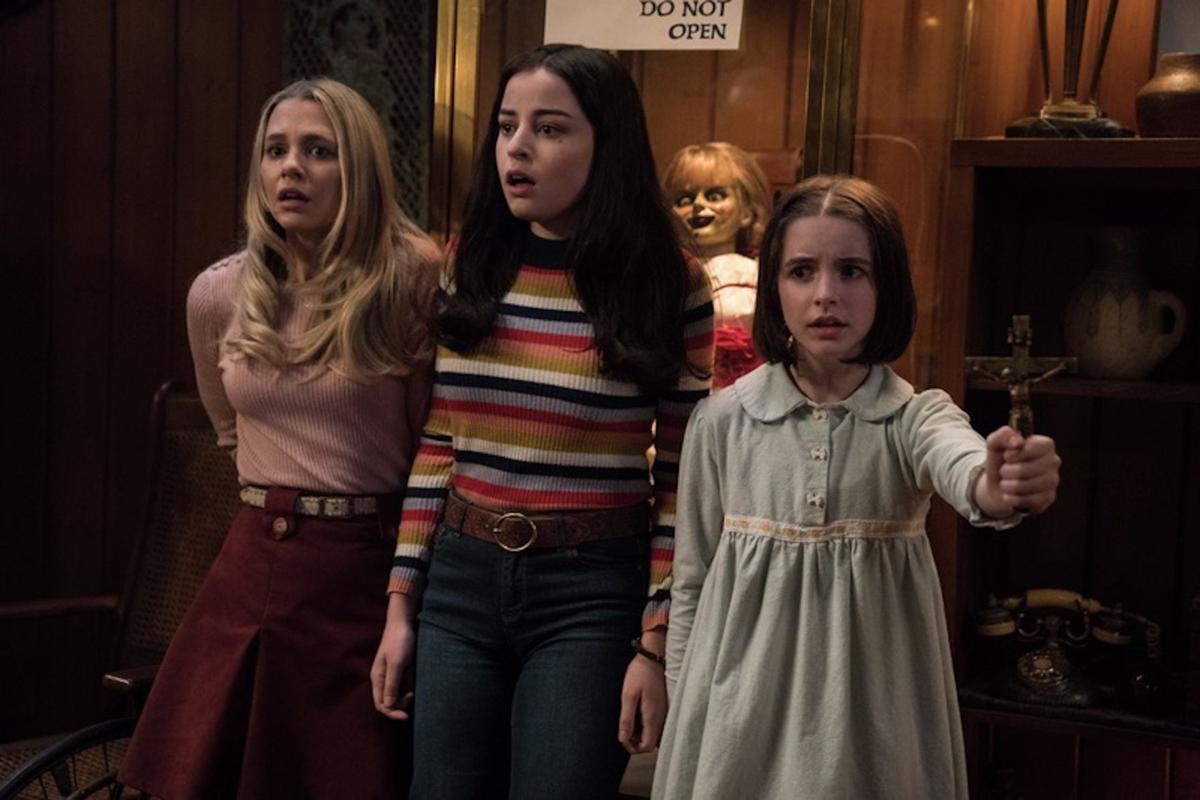 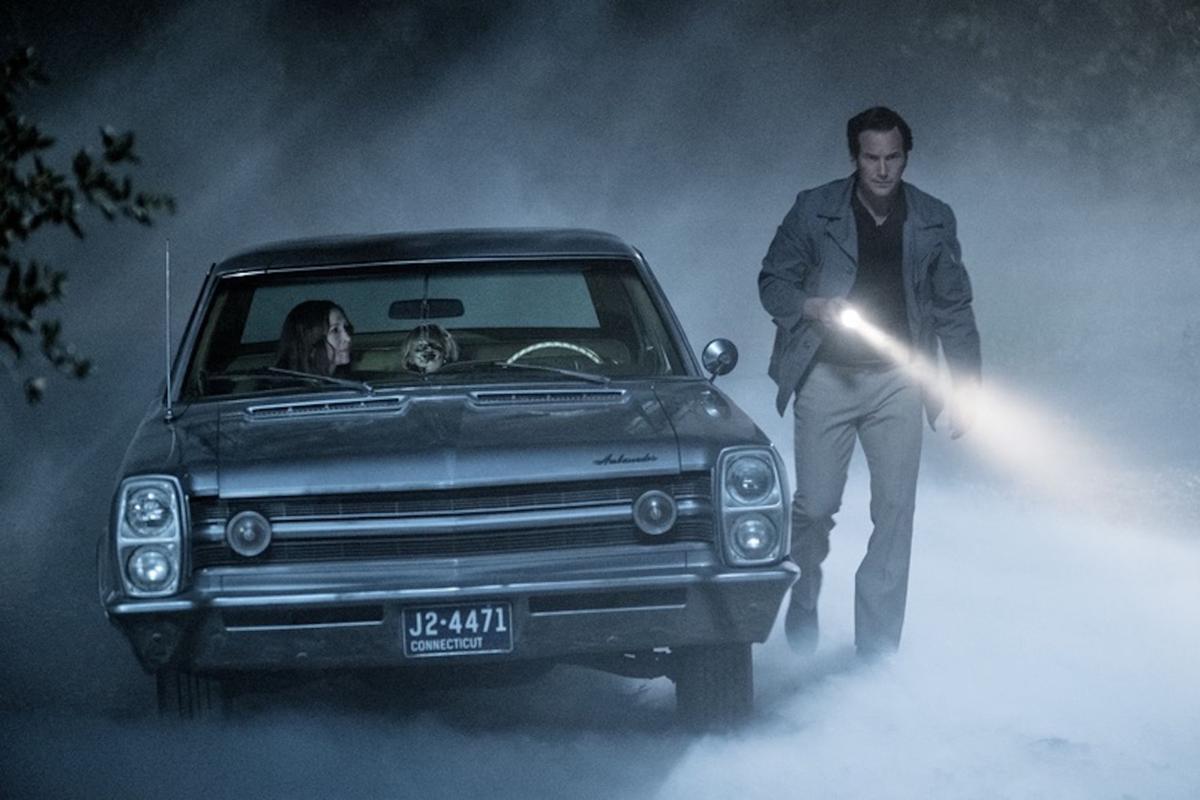 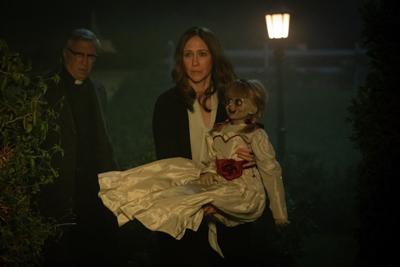 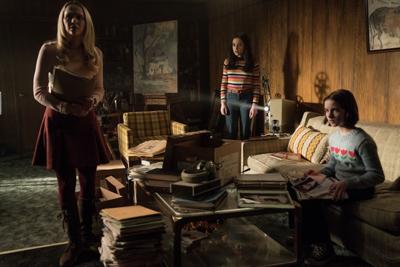 The Annabelle doll and Katie Sarife as Daniela appear in “Annabelle Comes Home.”

Two out of four starsAn offshoot of what is referred to (really) as “The Conjuring Universe,” the now two “Annabelle” movies add absolutely nothing to the beyond-tired “possession horror” sub-genre and are only of interest as they are rooted in fact. It is important to underscore “fact” as it represents statements made by a pair of real people who referred to themselves as paranormal investigators and self-anointed “demonologists.”

They would be Ed (Patrick Wilson) and Lorraine Warren (Vera Farmiga), a Northeastern couple who first gained notoriety for being among the first to spearhead and subsequently engage in heavy self promotion in the wake of the events in 1975 that were depicted in the book and subsequent movie “The Amityville Horror.”

In a manner not unlike that of the Warrens, producer/sometimes writer/director James Wan (also of the “Saw” and “Insidious” franchises) recognized he had a golden goose in his possession, and “The Conjuring” series was born (the third installment of it is due on Sept. 11, 2020).

You are fooling yourself if you take what goes down in these films as gospel, yet some do. And in the case of “Annabelle,” they have quite a bit of anecdotal evidence to back them up. In 1968, the Warrens were given a Raggedy Ann doll by a college student who swore it was possessed and rather than destroy it — “that would have made things worse” — Lorraine said — they took it home and put it behind glass in a mini-museum of occult artifacts in the basement of their home. This scenario, albeit with some major alterations and embellishments, provides the opening scenes in “Annabelle Comes Home.”

Right in assuming a Raggedy Ann doll presents audiences little in the way of dread or visual threat, Wan and his design team came up with a porcelain Annabelle, complete with wackadoo “Helter Skelter” Charles Manson eyes and Bette Davis from “What Ever Happened to Baby Jane” rouge and pancake foundation. The finished creation bears more of a resemblance to the human (Linda Blair) and animatronic versions of the far-more imposing demon in “The Exorcist.”

“The Exorcist” similarities don’t end there. There are crucifixes everywhere, malfunctioning clocks, Catholic priests and the liberal use of holy water. Although the religious references come and go for the duration the remainder of the film mostly takes on the air of a garden variety variation on the “Halloween” or “Nightmare on Elm Street” (or spoof “Scream”) franchises. Largely clueless teens come face to face with otherworldly beings and rather than just split the scene they decide to stick around and get smacked about by various members of the Dark Side.

It won’t be betraying confidences or revealing key spoilers to let you know that Wilson and Farmiga are only in the movie for the first 10 and last five minutes. Operating in their stead is their characters’ daughter Judy (Mckenna Grace). A juvenile actor of immense talent, Grace recently played younger versions of Tonya Harding (“I, Tonya”) and the title character in “Captain Marvel” as well as acting opposite Chris Evans (“Captain America”) in the criminally underrated “Gifted.”

Implied to also be a real person, Judy is certainly her parents’ child as she too has a connection of sorts with the departed and, like the young boy in “The Sixth Sense,” is perpetually bummed out and a loner. She’s picked on at school and, by mere association with her parents, is viewed as a super freak. When Ma and Pa head out to who-knows-where-for-who-knows-why, Judy makes the best of it while killing time with her All-American sitter Mary Ellen (Madison Iseman).

The time shared by Judy and Mary Ellen would have likely elapsed without incident, but because the latter invited her buttinsky friend Daniela (Katie Sarife) to tag along, things go awry. Exactly why Daniela is so interested in what’s in the Warren museum does justify her presence but certainly not her bonehead actions. Toss in grocery store clerk Bob (Michael Cimino) — who has the mutual hots for Mary Ellen — and you’ve got a four-person, tight-quartered story which takes forever and a day to get going.

Rookie writer/director Gary Dauberman wastes our sweet time with repetitive exposition while occasionally tossing in a predictable jump scare and carefully seeing to the well-chosen and semi-obscure ’70s soundtrack (which includes two songs by Badfinger). Dauberman saves all of the money shots for the final act. And while many mostly pay off, they feel obligatory, rushed and rote. Had he spread them out and avoided less cheap genre staples along the way, the entire production would have benefited greatly.

Queen guitarist Brian May rushed to hospital after heart attack

Elon Musk and Grimes have changed their baby's name. A bit