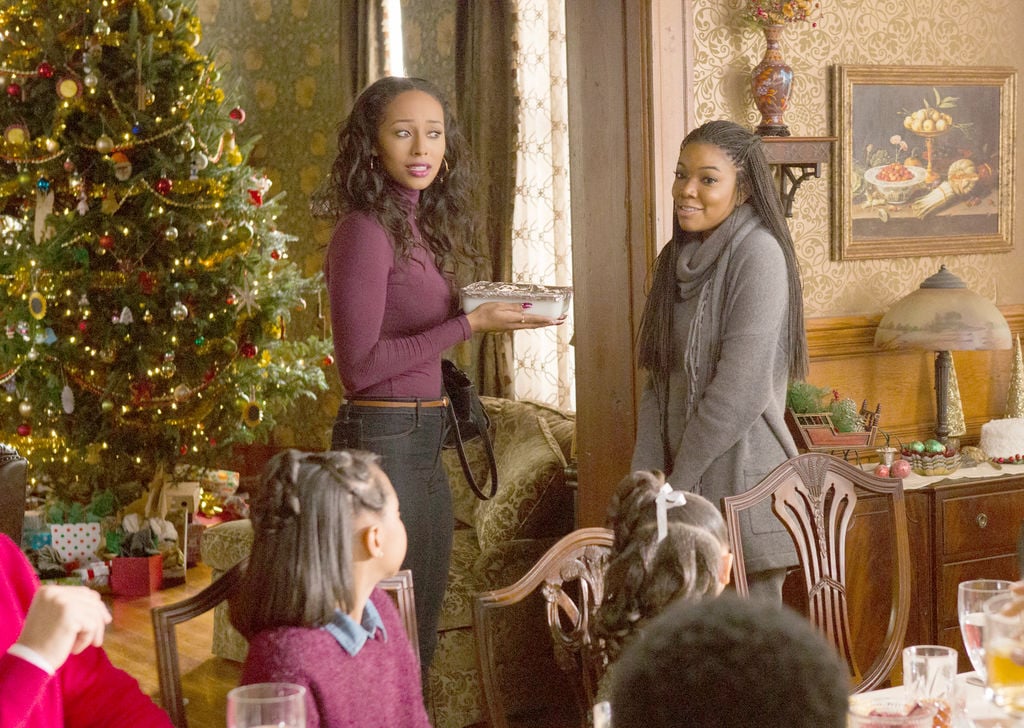 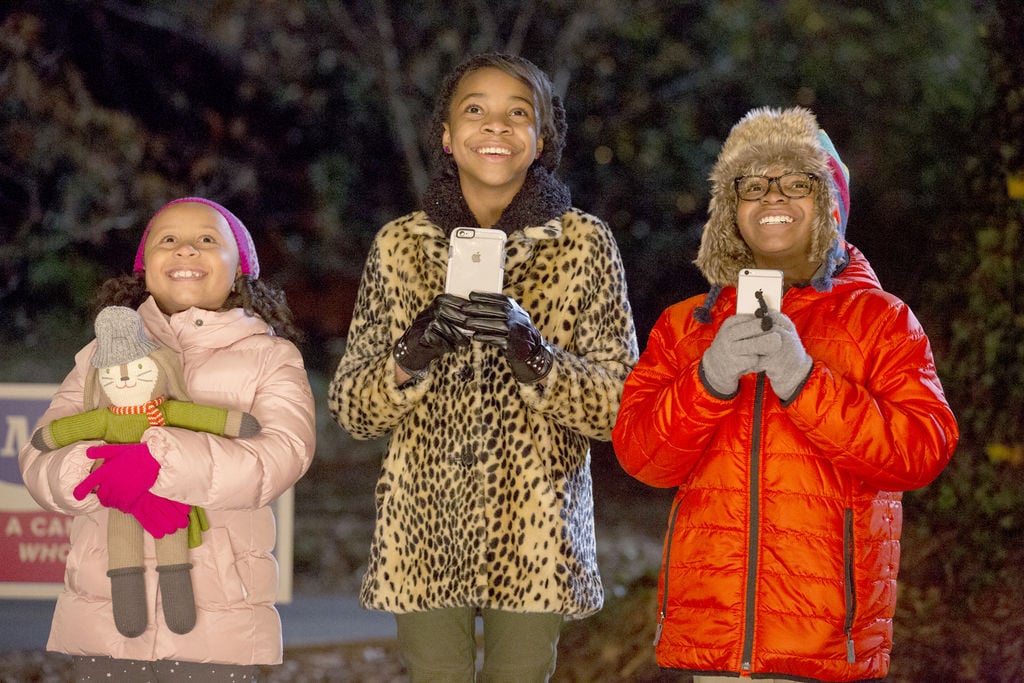 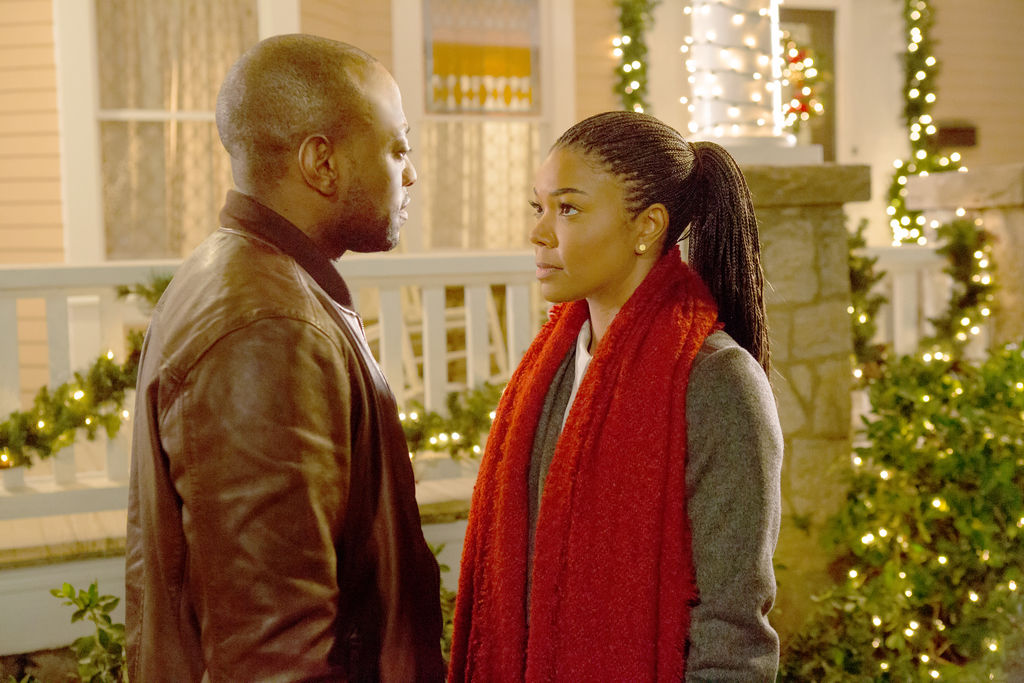 Malachi (Omar Epps) reconnects with Rachel (Gabrielle Union) and the rest of the family in “Almost Christmas.” (Special Photo: Universal) 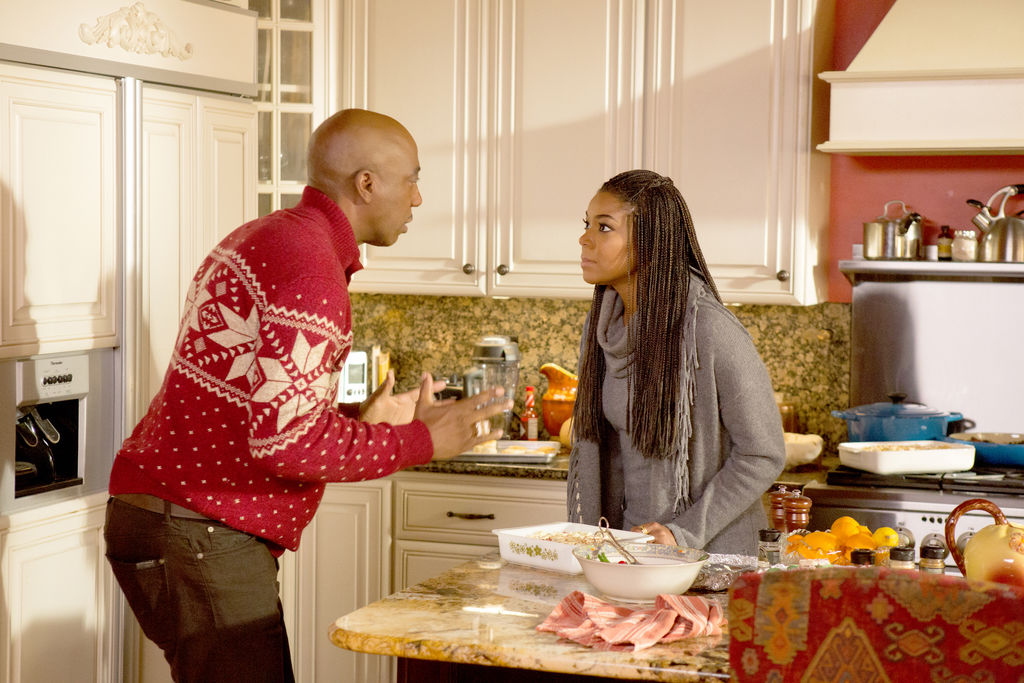 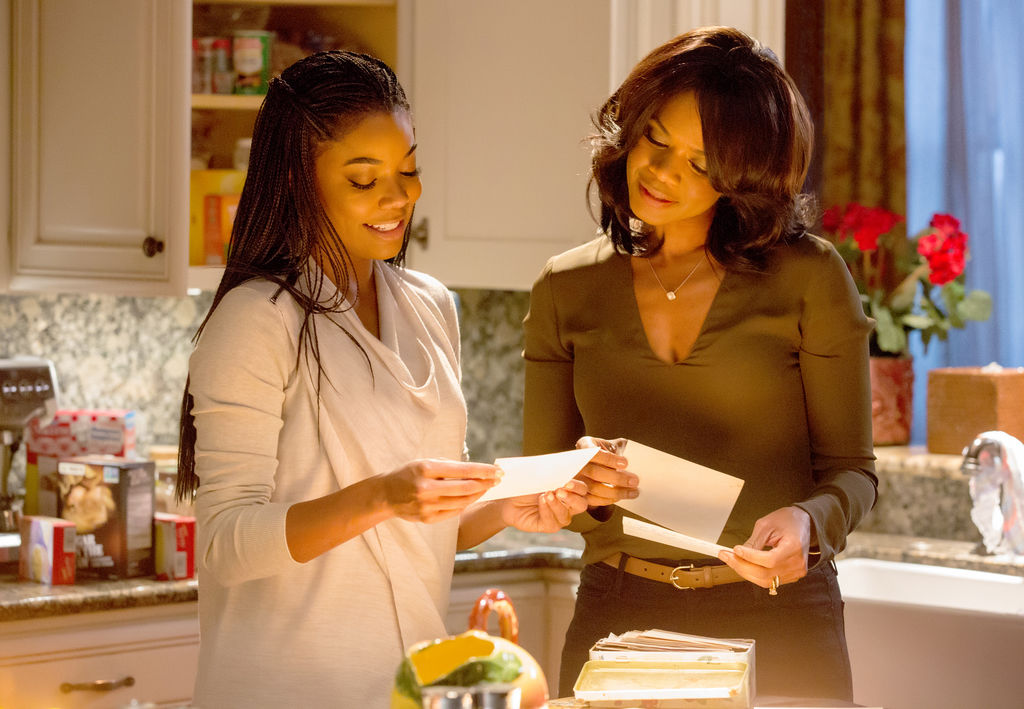 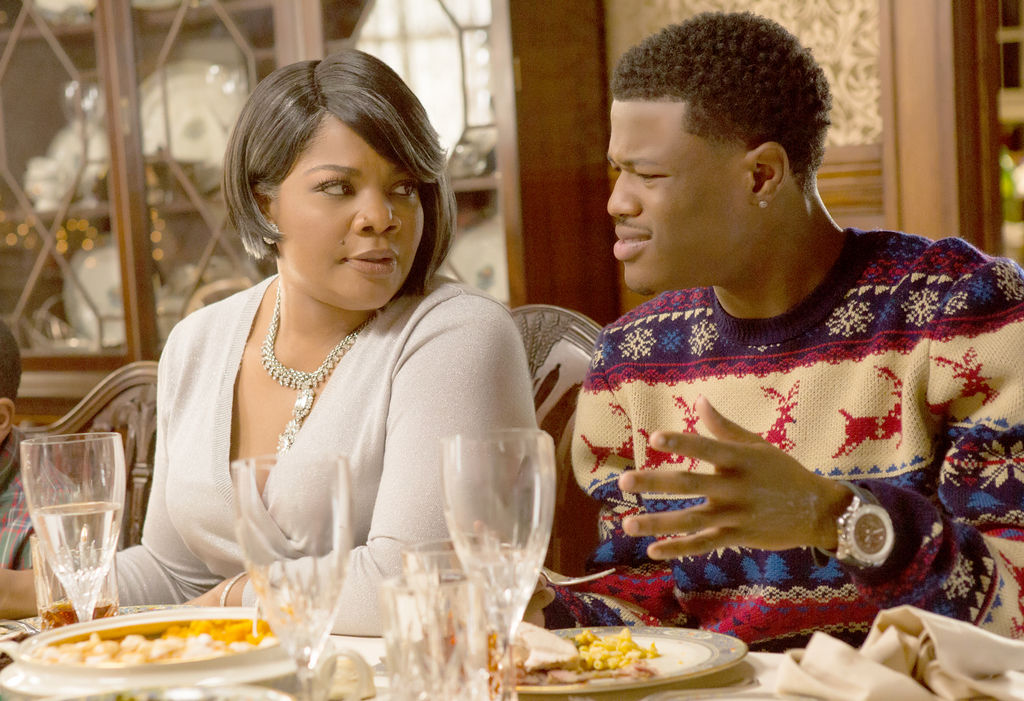 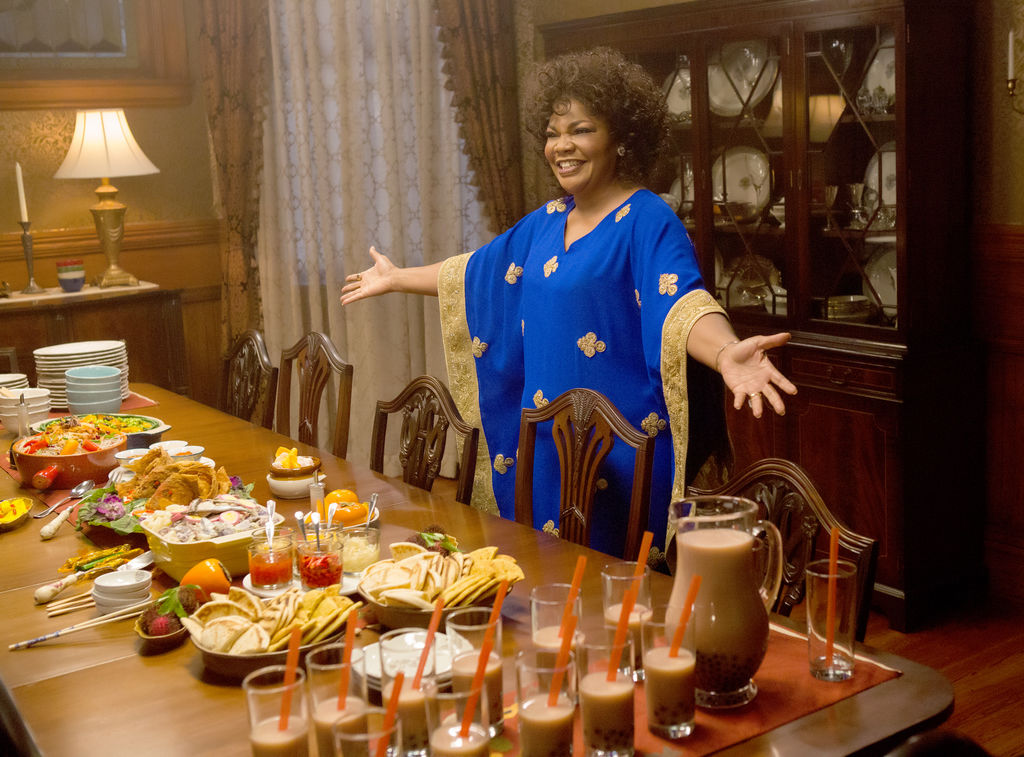 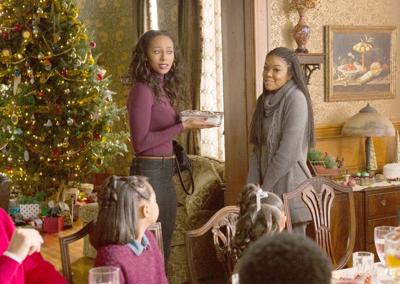 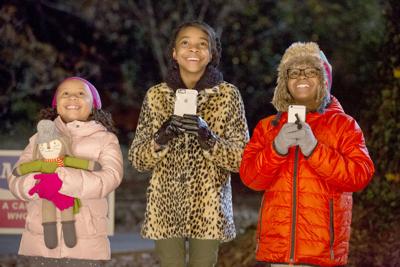 Malachi (Omar Epps) reconnects with Rachel (Gabrielle Union) and the rest of the family in “Almost Christmas.” (Special Photo: Universal)

“Almost Christmas” was almost doomed for me in my screening from the start.

First: It’s a Christmas movie. I don’t care if it’s November now; for me, the season still doesn’t start until Thanksgiving week. Second: It’s a black ensemble comedy, a genre that, while targeted toward people like me, has never quite appealed to me. Third: I was with a date who I’d much rather have been talking to for the 108-minute running time.

It begins with a warm montage of family patriarch Walter Meyer (Donald Glover) and his wife together raising their family of four, similar to the opening scene of Pixar’s “Up” — and with a similar ending. It’s a strong start that serves as a gravitational center the film would’ve lacked otherwise. Now the four children and their various spouses and kids return to the old family house for the first time since their loss.

As many an adult child has experienced, sometimes returning to the old homestead causes old family dynamics to snap back into place. So eldest child Cheryl (Kimberly Elise) and little sister Rachel (Gabrielle Union, a favorite), revert to their sharp-tongued sibling rivalry while brothers Christian (Romany Malco), who’s running for political office, and baby of the family and young college football star Evan (Jessie Usher) try to stay out of the way.

Along for the ride is Walter’s sister-in-law May (Mo’Nique, who almost certainly ad-libbed a number of her hilarious lines), washed-up basketballer son-in-law Lonnie (J.B. Smoove) and his young grandchildren Niya, Cameron and Dee (Nadej K. Bailey, Alkoya Brunson and Marley Taylor), whose tech-savvy antics steal a lot of laughs.

As stated before, “Almost Christmas” being a Christmas movie almost ruined it for me, because sometimes the sentiment of the season can be a bit much. If I want that, I’ve got “It’s A Wonderful Life,” right? But this script was originally titled “A Meyer Thanksgiving” and the influence of those roots remain, keeping the schmaltz to tolerable levels.

Being an ensemble comedy almost ruined things, too. With this genre, each character has his or her storyline that must be kept simple and straightforward enough to not overwhelm the others. And it’s too simple, sometimes. The film’s flaw is that it’s so predictable that I found myself seeing almost every development coming. And yet, I didn’t care, because it was pretty good fun getting there, and even in the tropes there was enough to avoid the biggest pitfalls.

For example, there’s a drug use subplot. But where a different film might’ve tried to bring in a stereotypically more “street” edge to this element of the story simply because of the black cast, “Almost Christmas” maintains a less heavy-handed approach.

That touch is what makes this movie shine brightest. It’s a story of an American family coping with loss, ambition, betrayal, relational rifts and unfinished business — one that just happens to feature black Americans during five days in December. If not for a fair amount of light profanity (with Mo’Nique again being the chief offender in this regard), I’d recommend it for whole-family viewing.

In the end, actually, I’m a bit of a sucker for ensemble romantic comedies, and “Almost Christmas” had enough rom-com going on to win me over.

As for the date? She said she was unsure about it going in but was won over as well. (My vain imagination wants to think she was talking about me and not the movie, but I know better.)

Concerts are making a comeback. Harry Styles and other artists are touring this summer