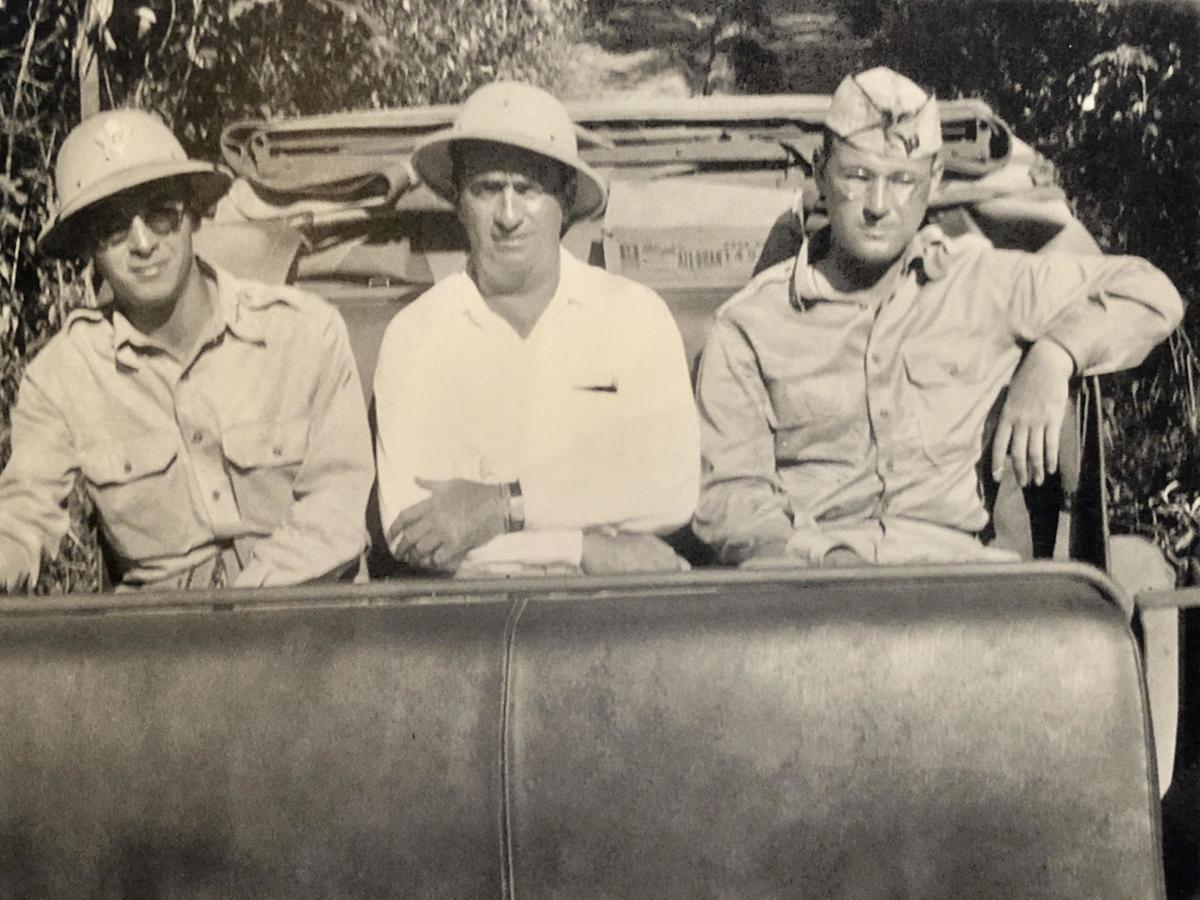 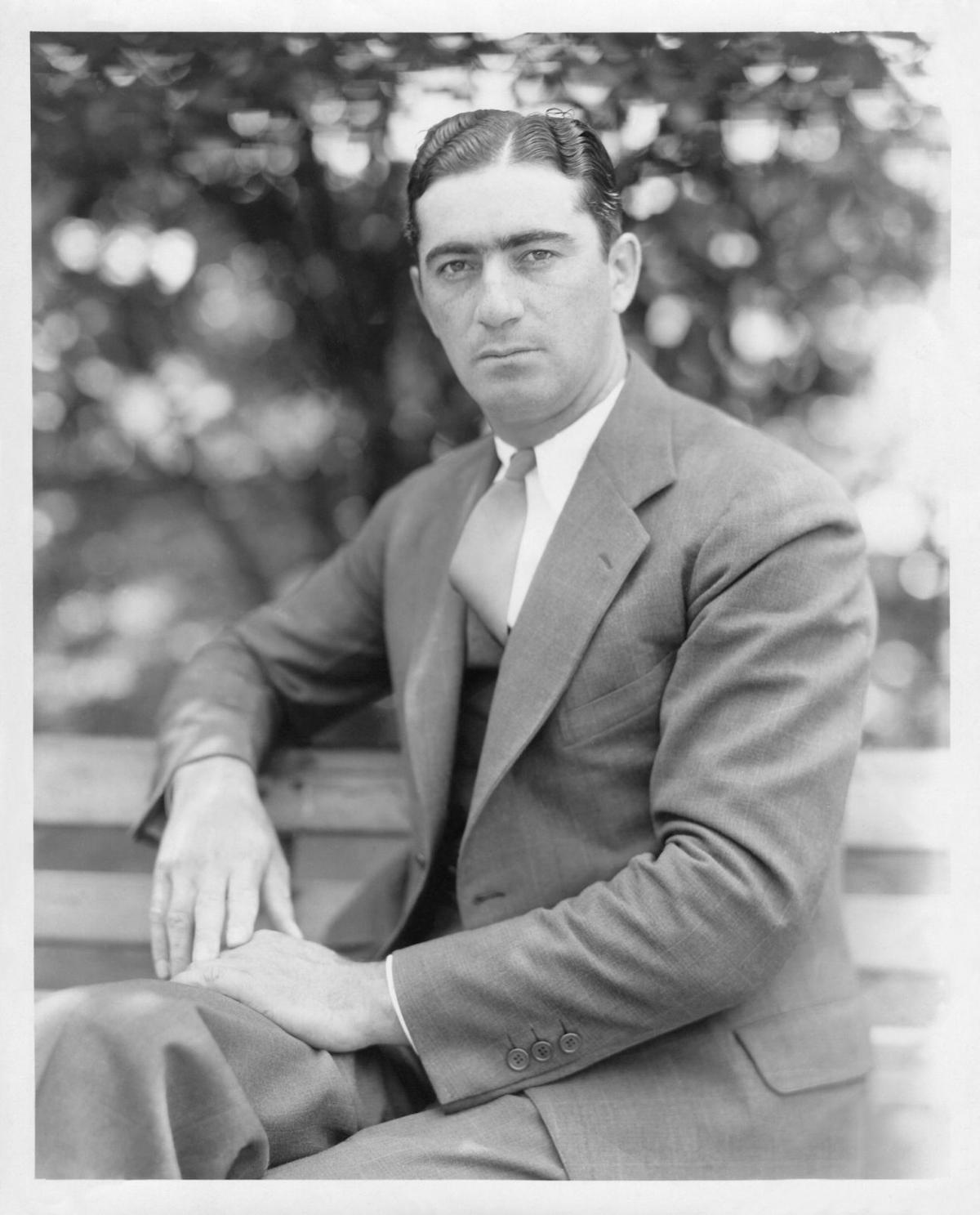 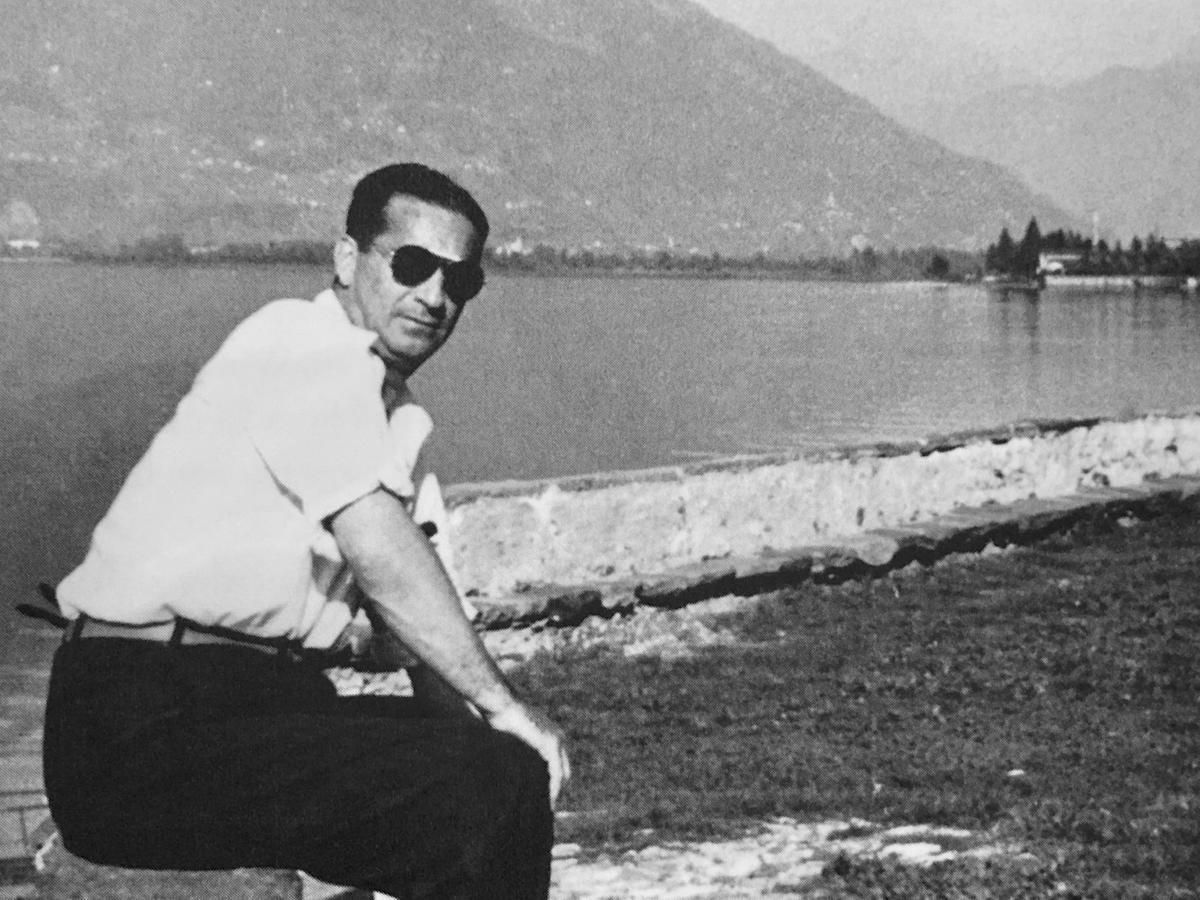 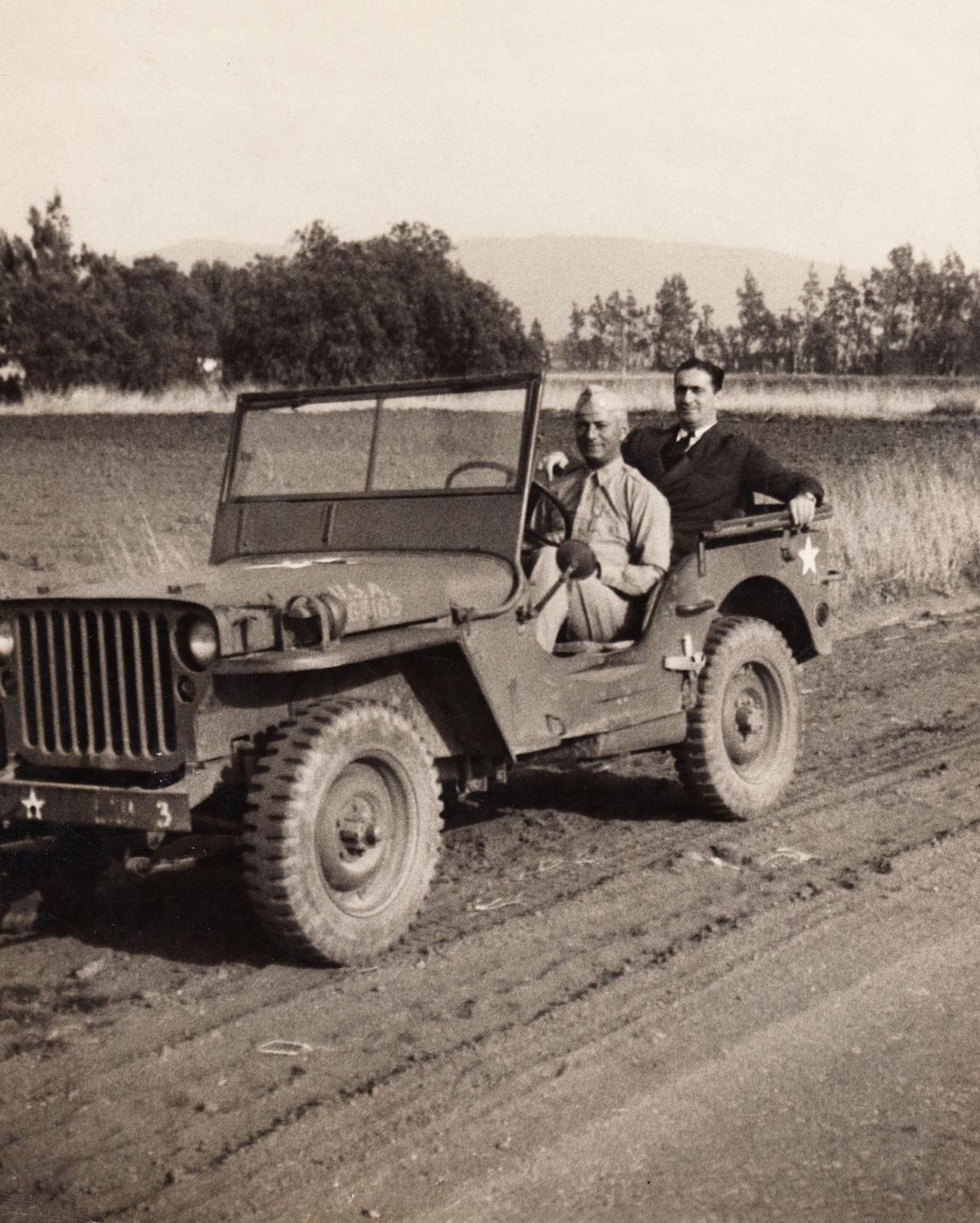 Moe Berg in a military jeep in California with his brother Sam during the war, July 1942 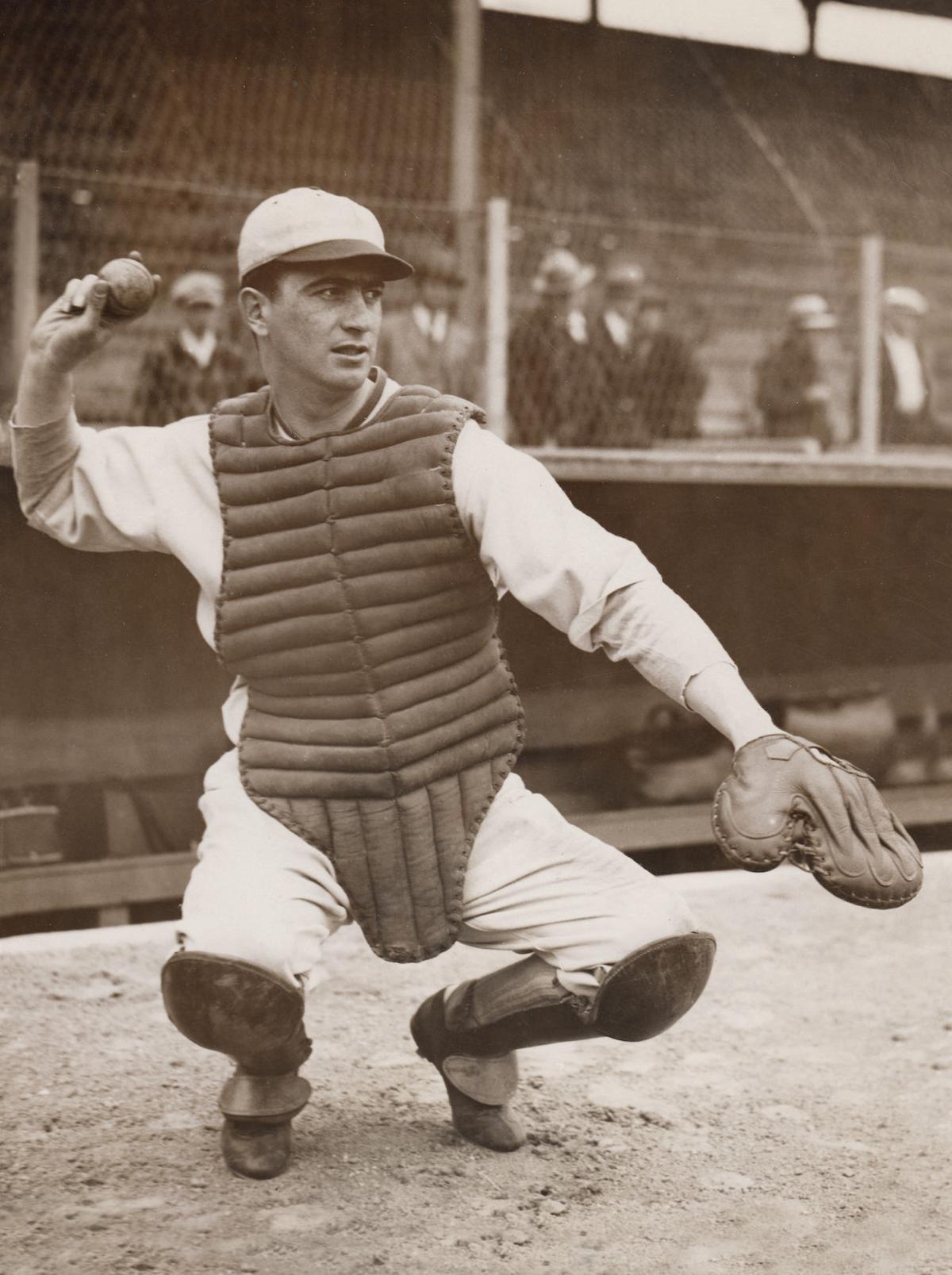 Moe Berg played catcher during his time in the American League. 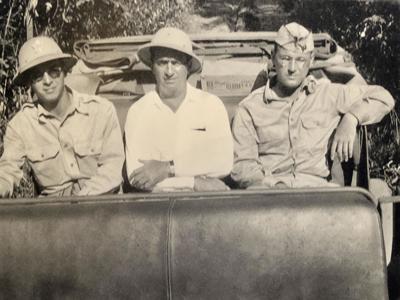 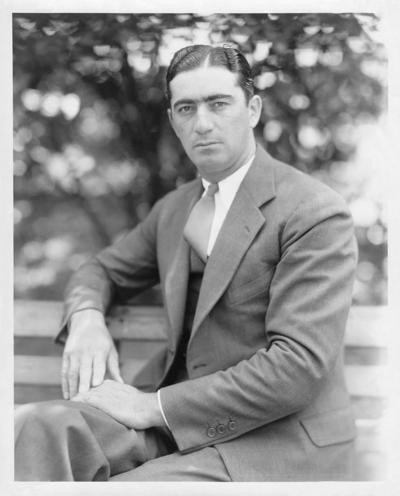 Moe Berg in a military jeep in California with his brother Sam during the war, July 1942

Moe Berg played catcher during his time in the American League.

The Spy Behind Home Plate

Three and a half stars out of fourKnown to only the most ardent of sports fans — and, it would appear, spy historians as well — Morris “Moe” Berg might be the most interesting professional baseball player you’ve never heard of. A first generation Jew born in New York to Ukrainian parents, Berg was by all accounts a pure genius.

He graduated from Princeton with a degree in modern languages; he spoke seven of them (including Sanskrit) fluently and eventually learned five more. In the baseball off-seasons, Berg passed the time by earning a law degree and read more than 10 newspapers a day.

In his 30s, Berg appeared on a radio quiz show multiple times and stunned the snooty intellectual hosts who could never stump him, but did manage to insult him. If Berg were alive today, he’d be a months-long contestant on “Jeopardy!”

Berg was on the roster of five American League teams from 1923 through 1934, not making a mark so much as a great hitter but more as a superb catcher and a mentor and proverbial Dutch uncle to up-and-coming younger players. He both caught and managed alongside legend Walter Johnson. His intellect, linguistic skills and athletic celebrity status served him well during his stint with the Washington Senators. While there, Berg was a regular guest at embassy soirées and socials, and he soon caught the eye of several influential, secretive people in lofty places.

And that led him to embark on his second career.

Though just an average player, Berg was chosen by Connie Mack to join an American All-Star team (which included future Hall-of-Famers Lou Gehrig, Jimmie Foxx, Lefty Gomez and Babe Ruth) who participated in a series of exhibition games in Japan in 1934. When the team arrived, Berg delivered a speech in Japanese and was invited to address the country’s legislature. At the time, the relationship between the U.S. and Japan was what could be best described as lukewarm, and the leaders of both countries thought the games could boost goodwill — and it worked, at least for a while.

In this companion piece to her equally enthralling baseball-based “The Life and Times of Hank Greenberg” from 1999, writer/director/producer Aviva Kempner doesn’t waste a single second of her 101-minute running time and opts for a storytelling twist which some will regard as clever, novel and entertaining while documentary purists might consider it to be somewhat misleading and lazy.

Thanks mostly to the literally thousands of feature films and TV shows cranked out during the Cold War era, Kempner (and surely dozens of her production assistants) culled clips and matched them up with the audio from various talking heads who were speaking about at any particular time on screen. It’s mostly spies doing spy stuff, usually while looking suave and smoking, drinking and/or flirting with women. But sometimes it’s just Hume Cronyn gazing at a piece of uranium positioned alongside a public service animated piece comparing it to Yankee Stadium brimming with dynamite. Never once is it designed for laughs, which is good because it’s not supposed to be funny.

To be entirely fair to Kempner, this mild trickery isn’t distracting, and for those who are on the fence with the usual stiff and staid nature of documentaries, it makes everything look more like a “real movie.” It’s an audience-friendly visual tweak which never plans on or succeeds in deceiving anyone.

The most touching and heartbreaking parts of the movie are at the very start and end when Kempner includes images and information about Berg’s father Bernard. In a manner not dissimilar to millions of other early 20th century legal U.S. immigrants, Bernard Berg left behind an unpromising future in a country about to undergo major political upheaval and he simply wished for a new life in a new land. He wanted his portion of the American Dream and, through honest hard work, he achieved it.

Without giving anything away, Bernard thrived in America but he also expected Moe and Moe’s siblings to grow up under Old World professional and familial expectations. He flatly refused to embrace New World views, and he forever remained emotionally distant and non-supportive of at least one of his children.

Although not close in tone, character or plot, director Robert De Niro’s superb and highly underrated “The Good Shepherd” from 2006 starring Matt Damon and Angelina Jolie covers essentially the same government “secret agent” territory along with the beginnings and short life of the OSS. It too features at least one distant and chilly father figure and the sons who could never please them.

Movie review: Eddie and Arsenio come back '2 America,' and they're a welcome sight