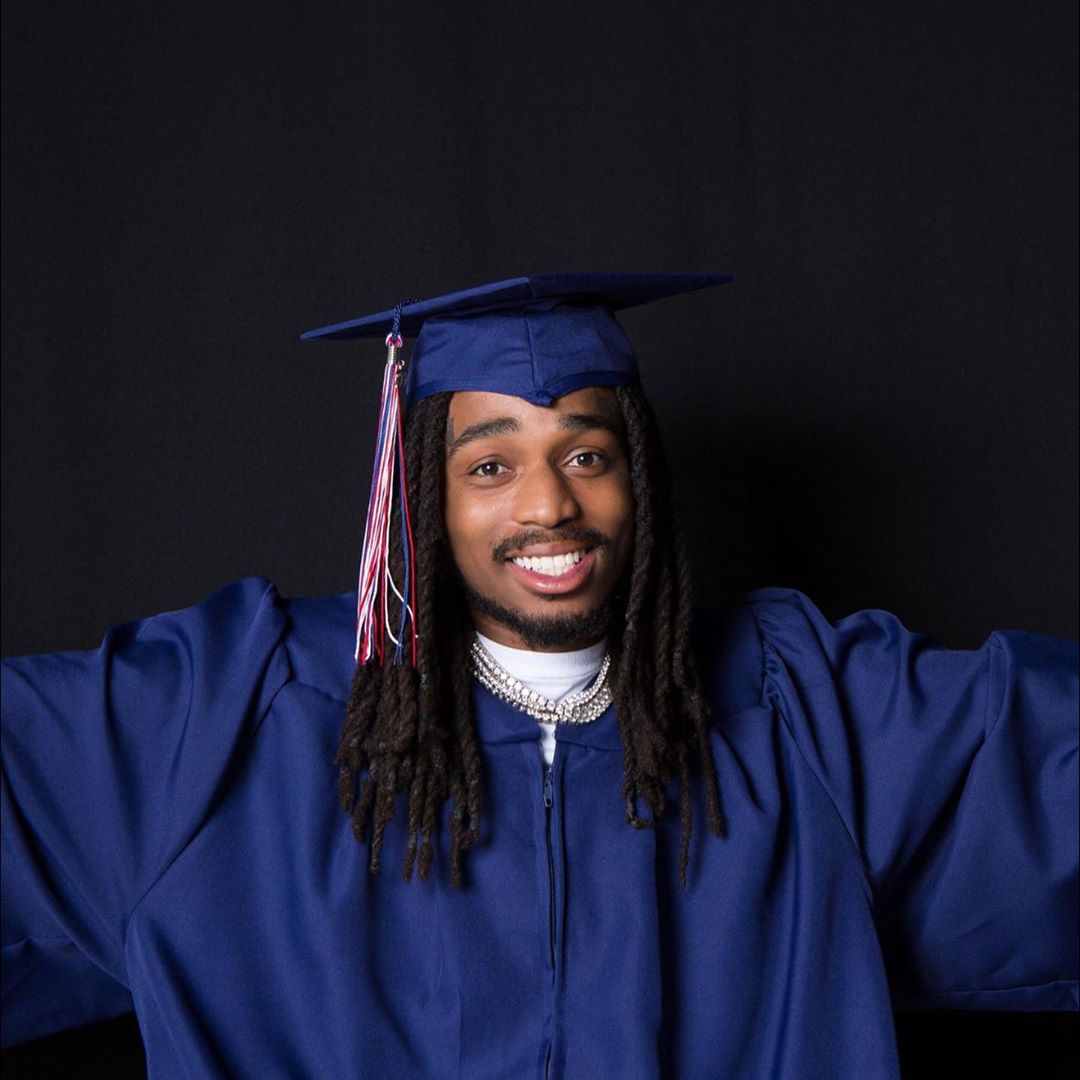 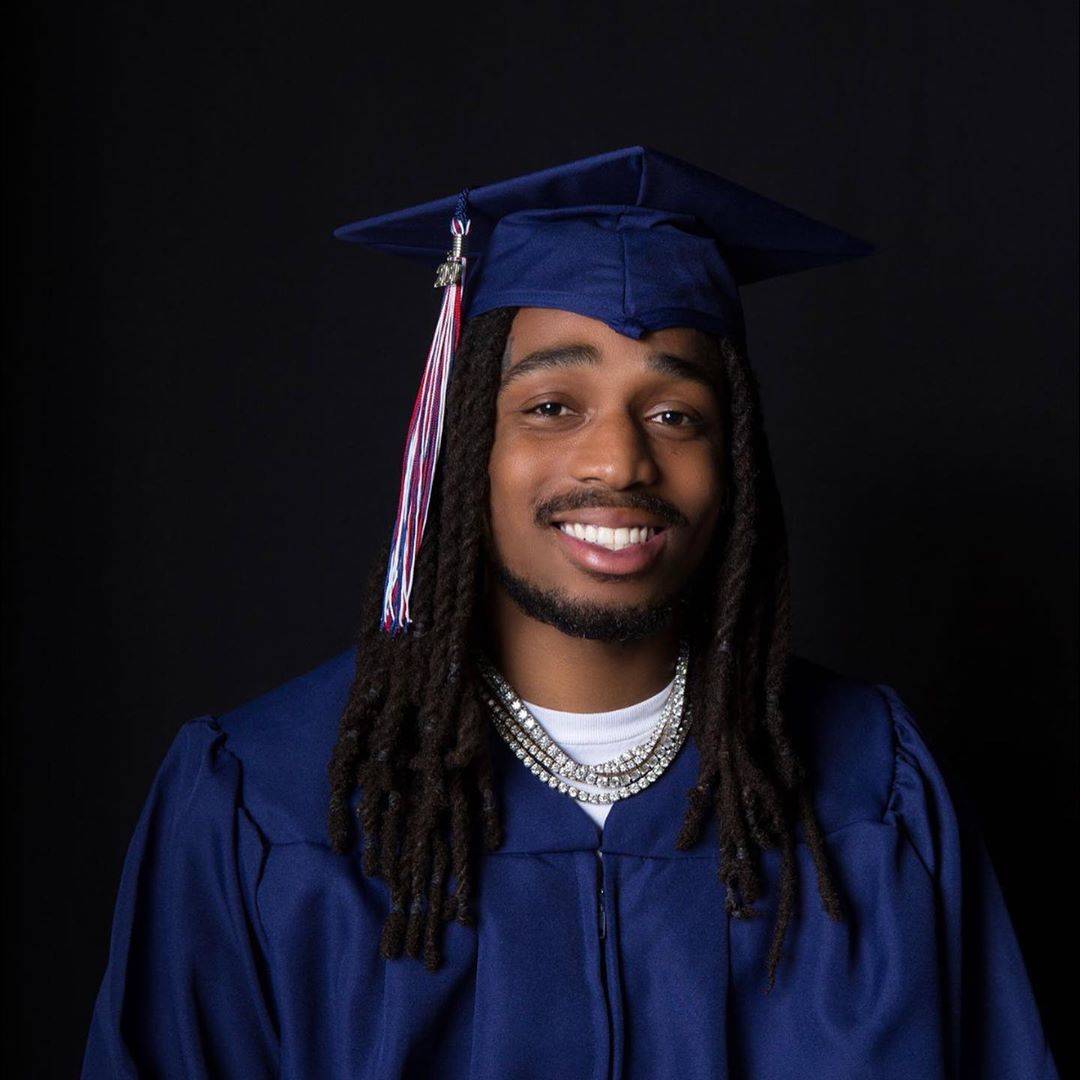 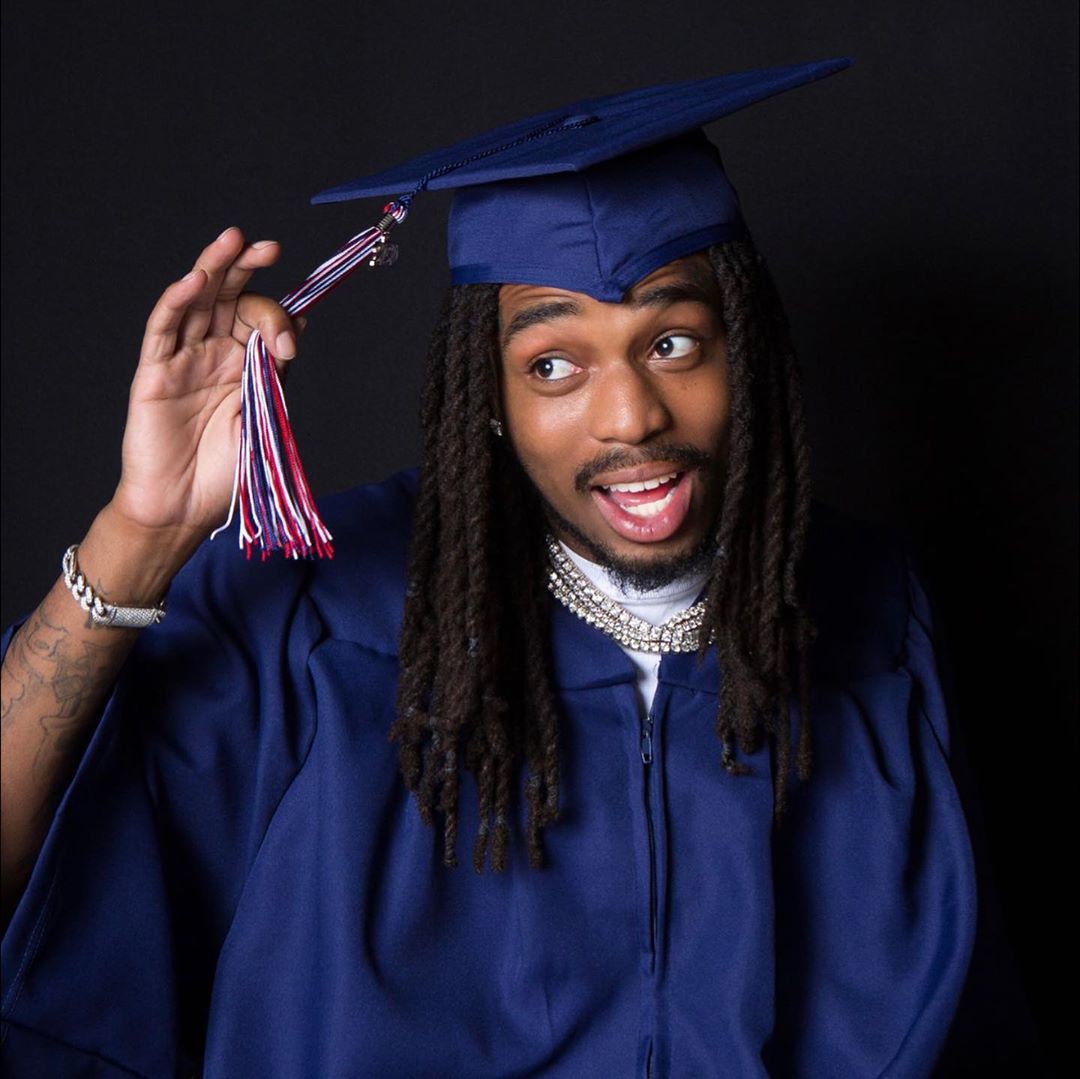 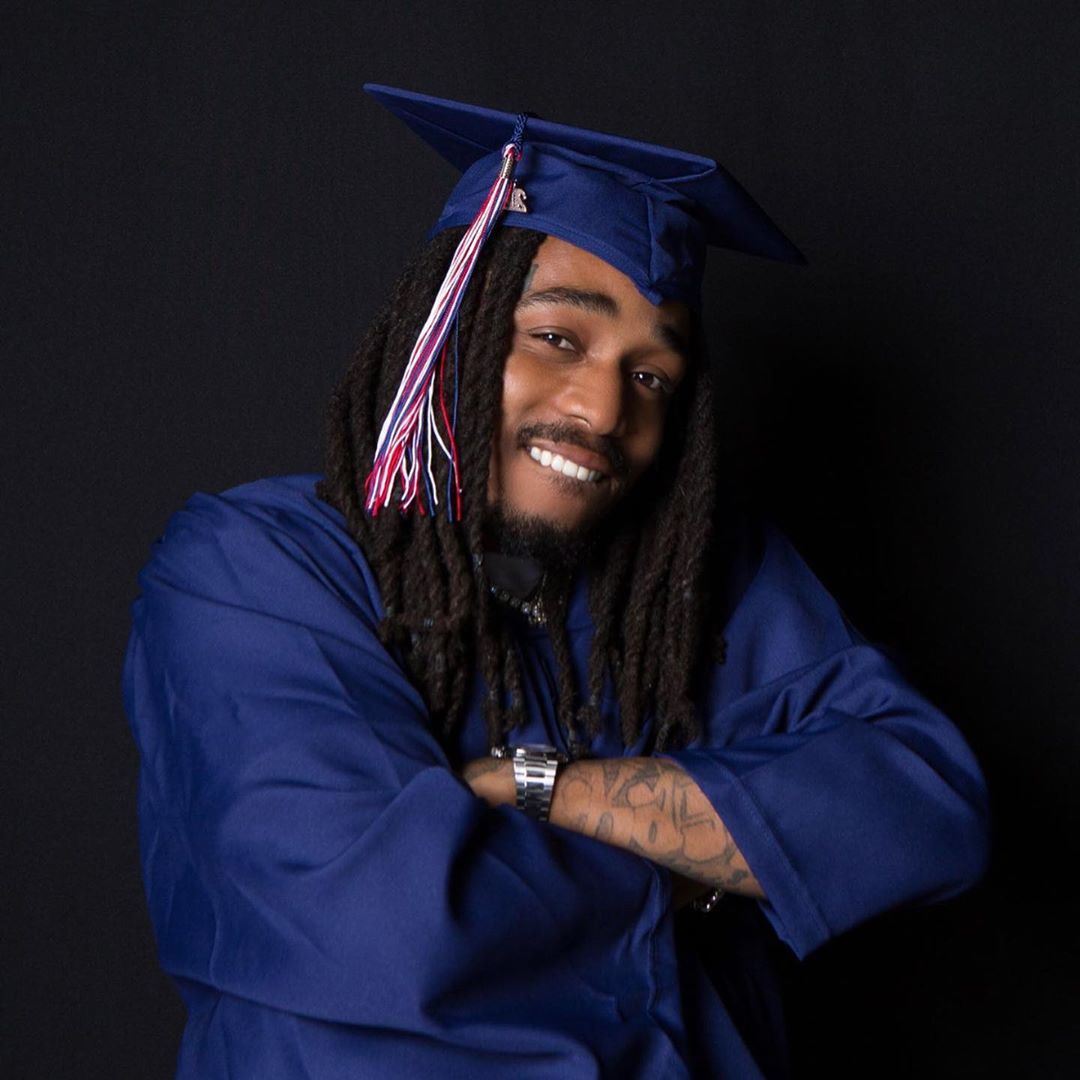 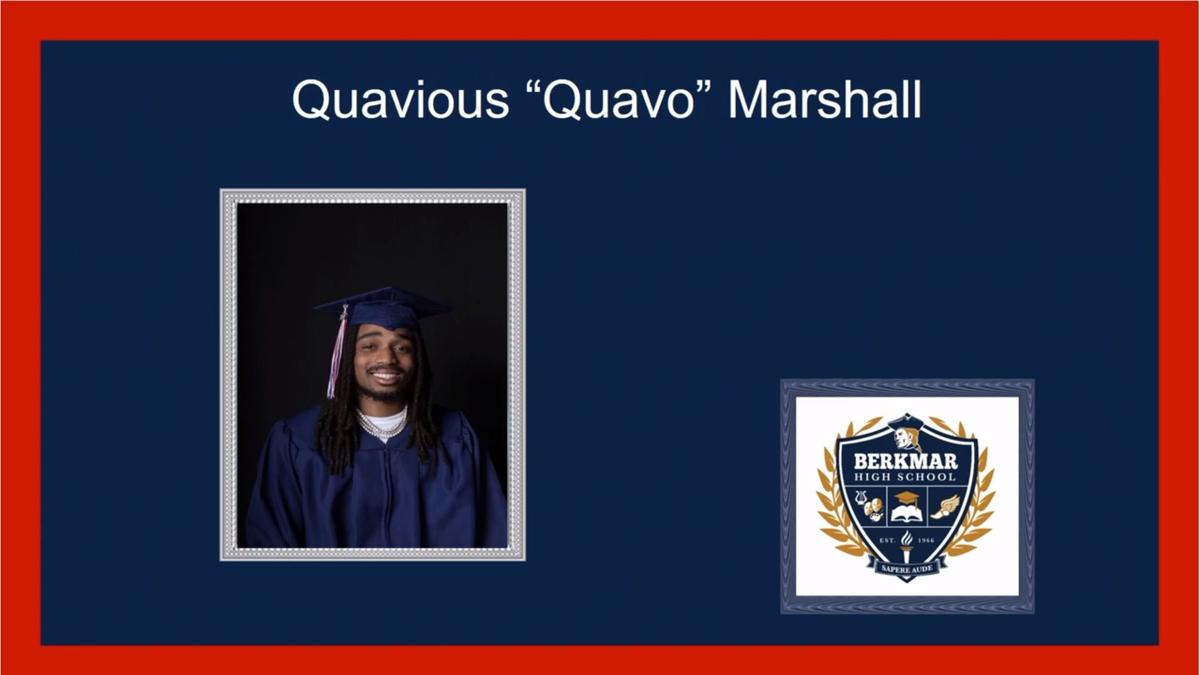 This slide honoring Quavious 'Quavo' Marshall was included among slides honoring each graduate from Berkmar High School during the school's virtual graduation ceremony on Friday. Marshall is a member of the internationally famous rap group, Migos. 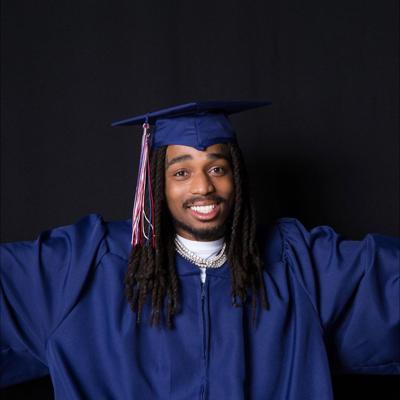 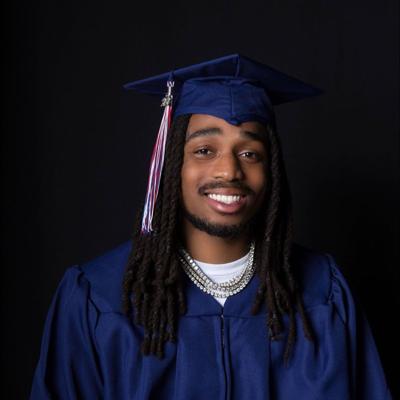 This slide honoring Quavious 'Quavo' Marshall was included among slides honoring each graduate from Berkmar High School during the school's virtual graduation ceremony on Friday. Marshall is a member of the internationally famous rap group, Migos.

Many high school graduates are celebrating their graduations on social media this week, but when you’re an internationally famous rapper, you go the extra mile.

That’s what Quavious Keyate Marshall, better known as Quavo from the rap group Migos, did Thursday on the eve of his graduation from Berkmar High School. He not only posted images of himself from a photo shoot in his graduation cap and gown on Instagram, he then dropped a new song with the rest of his rap group, Migos, to celebrate his graduation.

“Finally can say I graduated High School Class Of 2020,” Quavo wrote on Instagram on Thursday. “We lit. Now what college should I go to? And to celebrate we gonna drop smash tonight. Berkmar High nawfside baby.”

The virtual graduation ceremony for Berkmar High School — all Gwinnett schools are doing virtual graduations because of the COVID-19 pandemic — is being broadcast at 4:30 p.m. Friday at publish.gwinnett.k12.ga.us/gcps/home/gcpstv/videos/gcps/graduation2020 and will be available for viewing later at the same link.

Quavo, 29, was a football star at Berkmar in the late 2000’s, but formed Migos with the rappers Takeoff and Offset in 2008 and left school shortly before he was set to graduate in 2009 to pursue his musical career. Hours before Berkmar’s graduation was set to be broadcast Friday, Migos released “Need It,” which features fellow rapper Youngboy Never Broke Again, on YouTube.

Migos has won two BET Awards for Best Group, as well as one for Best Collaboration. The group has also been nominated for several other awards, including Grammys and MTV Video Music, Billboard Music, Teen Choice, iHeartRadio, MTV Europe Music and additional BET awards.