Log In Sign Up
You are the owner of this article.
Edit Article Add New Article
You have permission to edit this article.
Edit
Home
News
e-Edition
Sports
Entertainment
Opinion
Obituaries
Community
Multimedia
Marketplace
Help
Arts & TheatreCelebritiesLets EatMoviesMusic
1 of 9 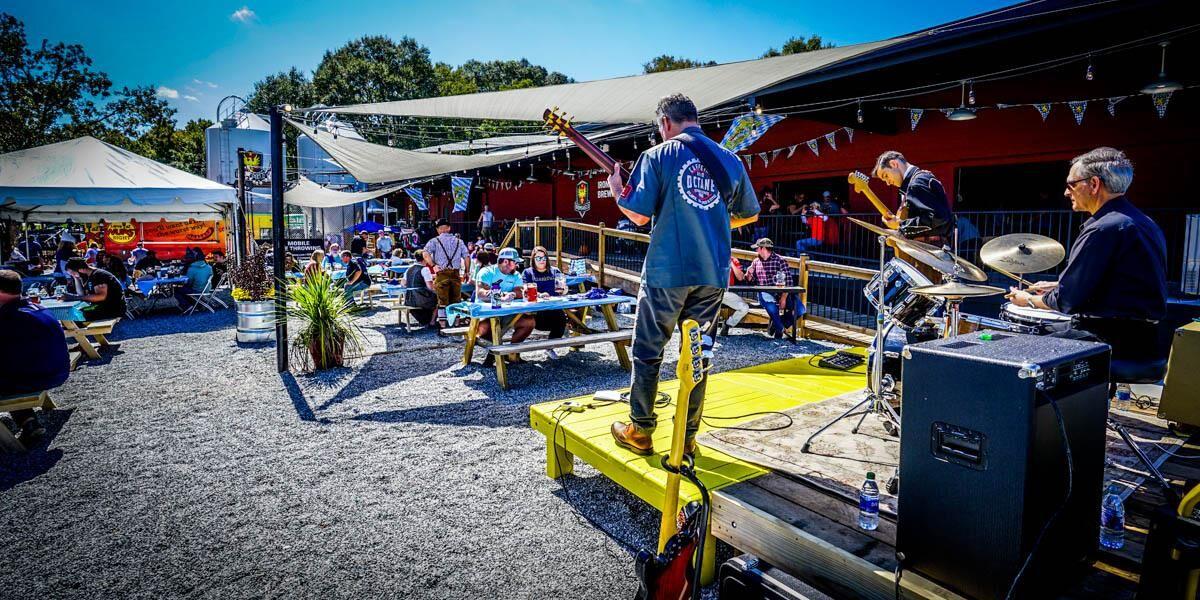 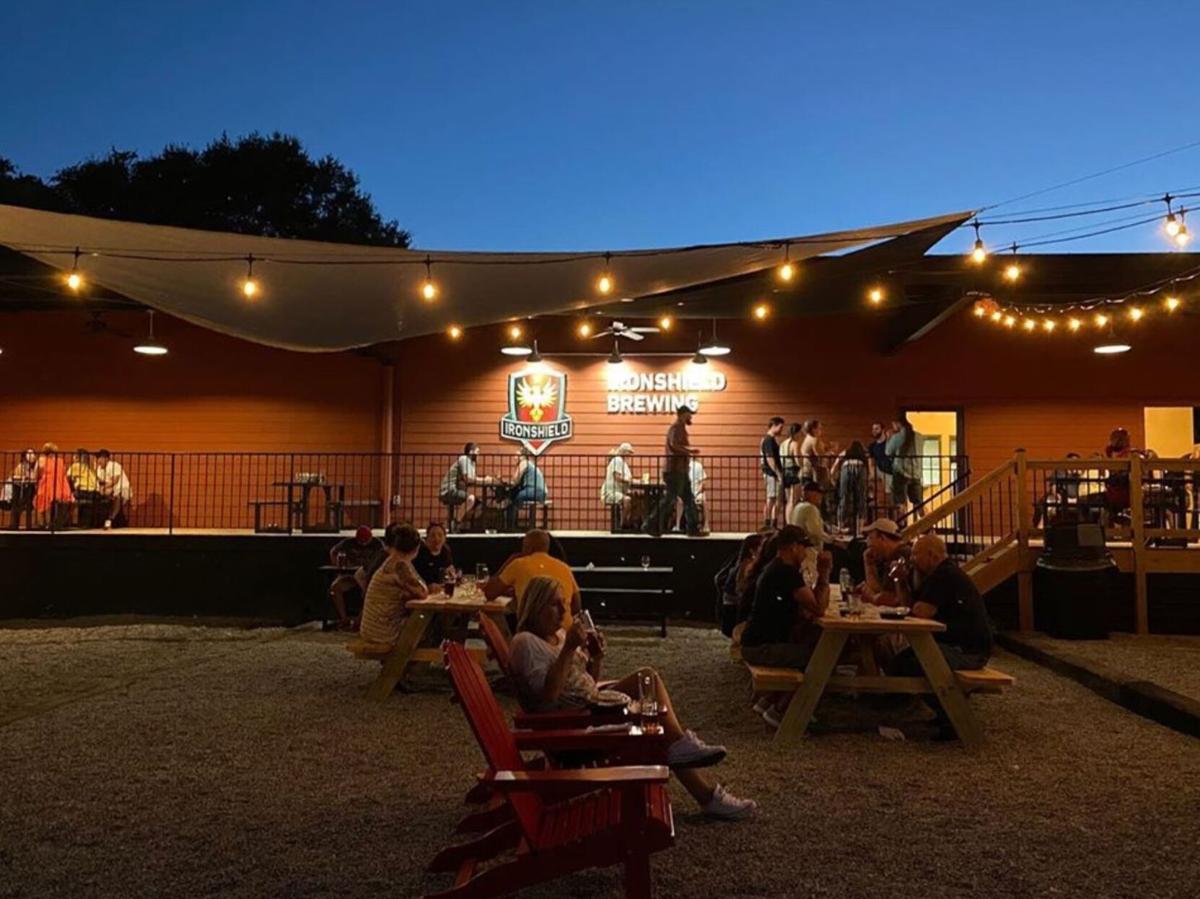 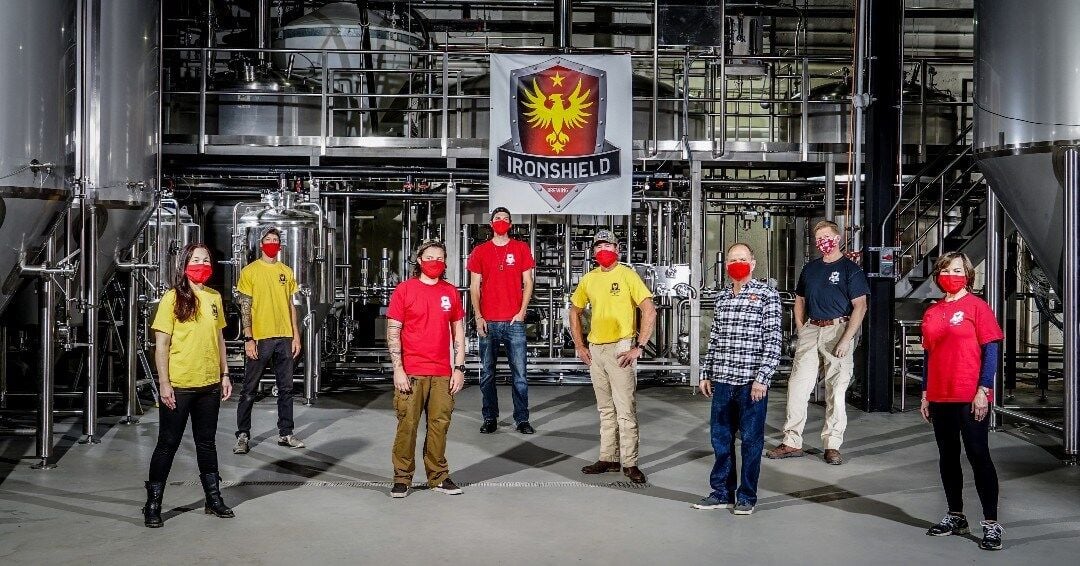 Ironshield Brewing launched during the pandemic. The taproom in Lawrenceville is open and the brewery has contracts with other microbreweries to produce their beers. 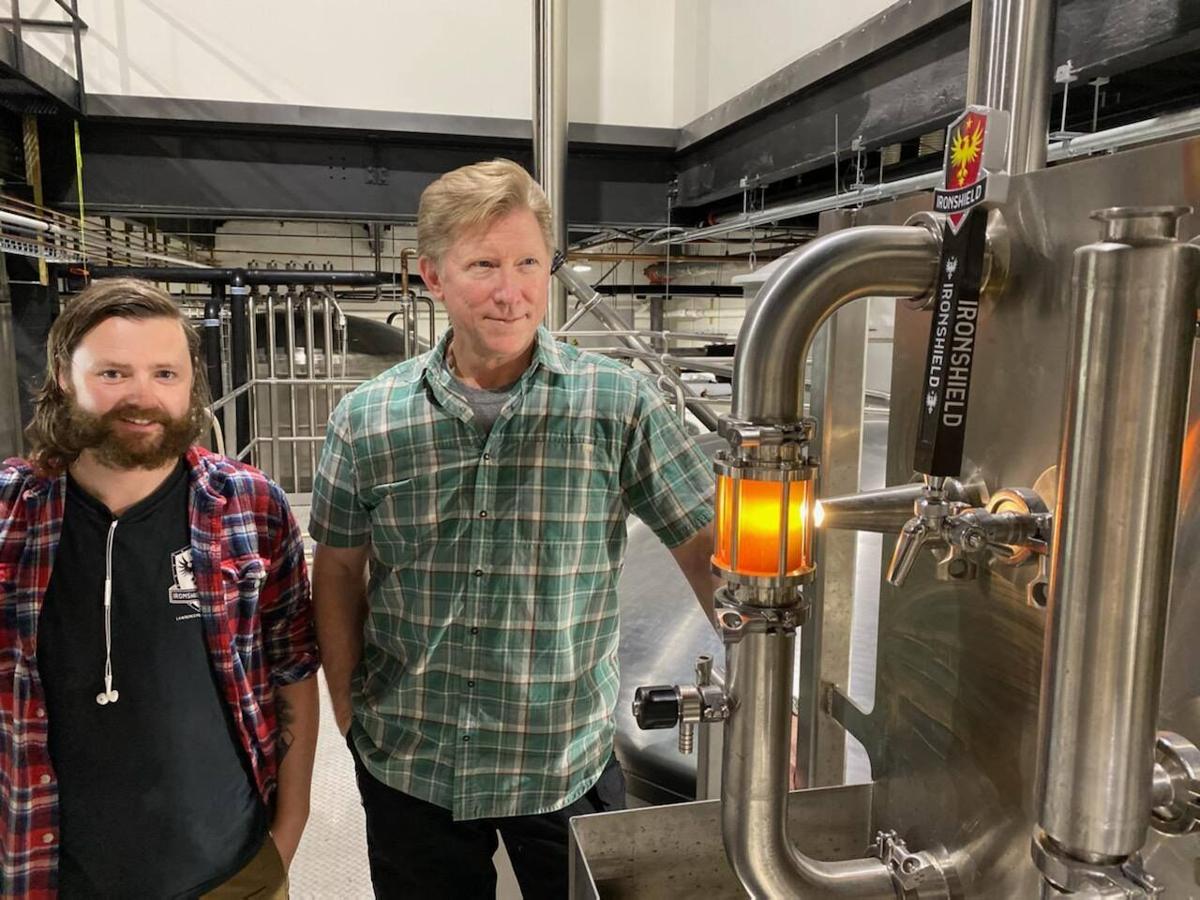 Ironshield Brewing’s lead brewer Jason Carrol, left, comes to Lawrenceville after working for Guinness in Ireland. Brewmaster and co-founder Glen Sprouse, right, has decades of experience as a home brewer and in manufacturing automation. 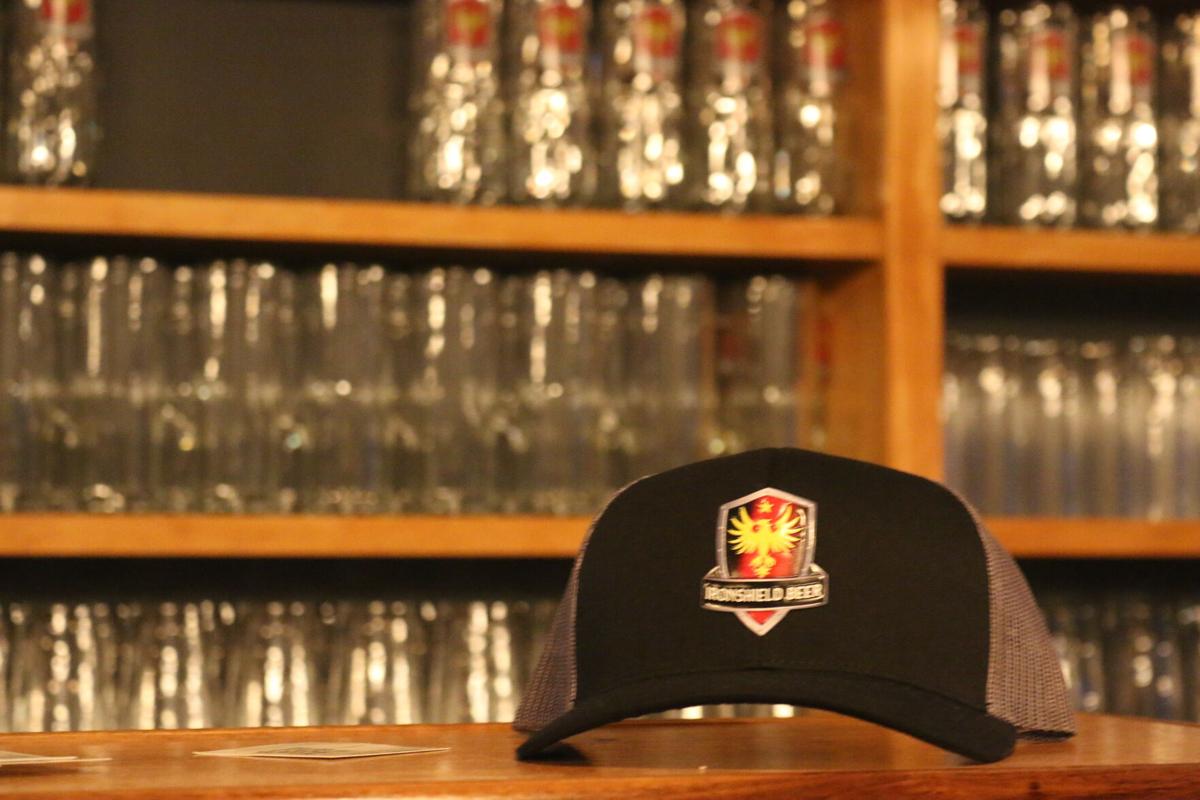 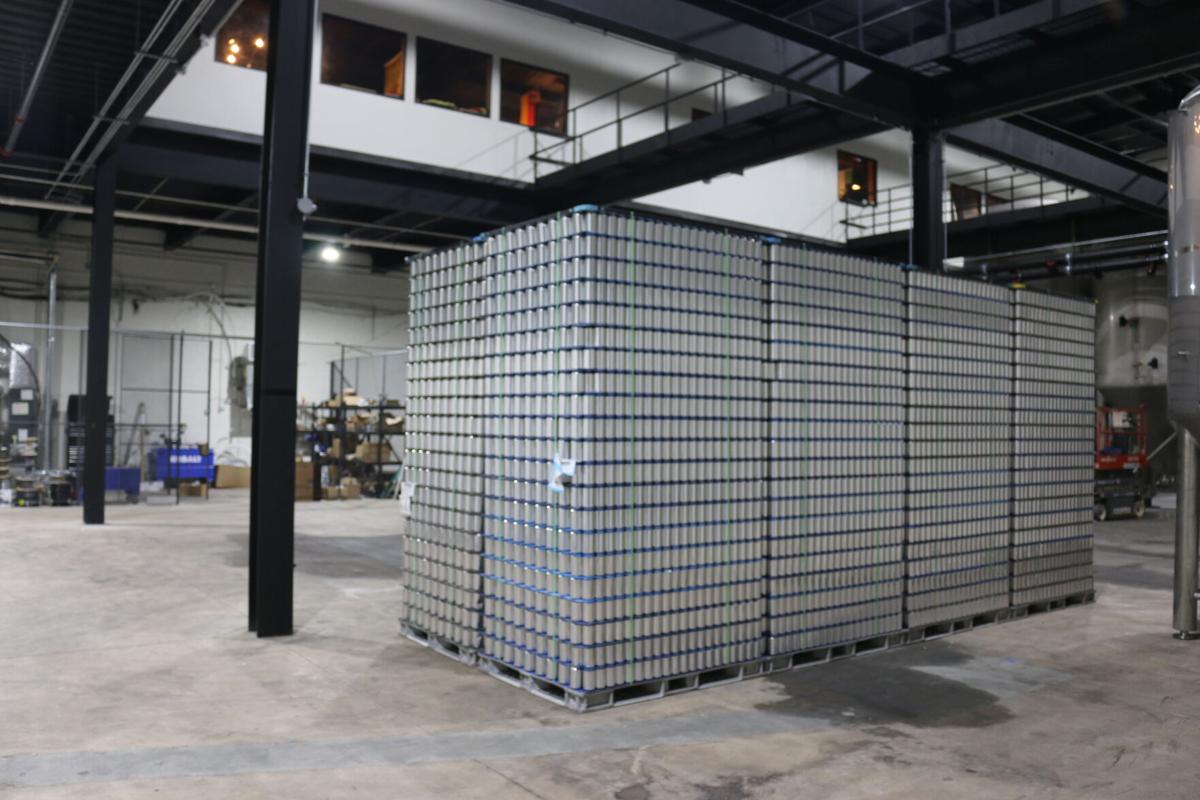 Ironshield's building is a former newspaper office that provides space for expanding the brewing operation. 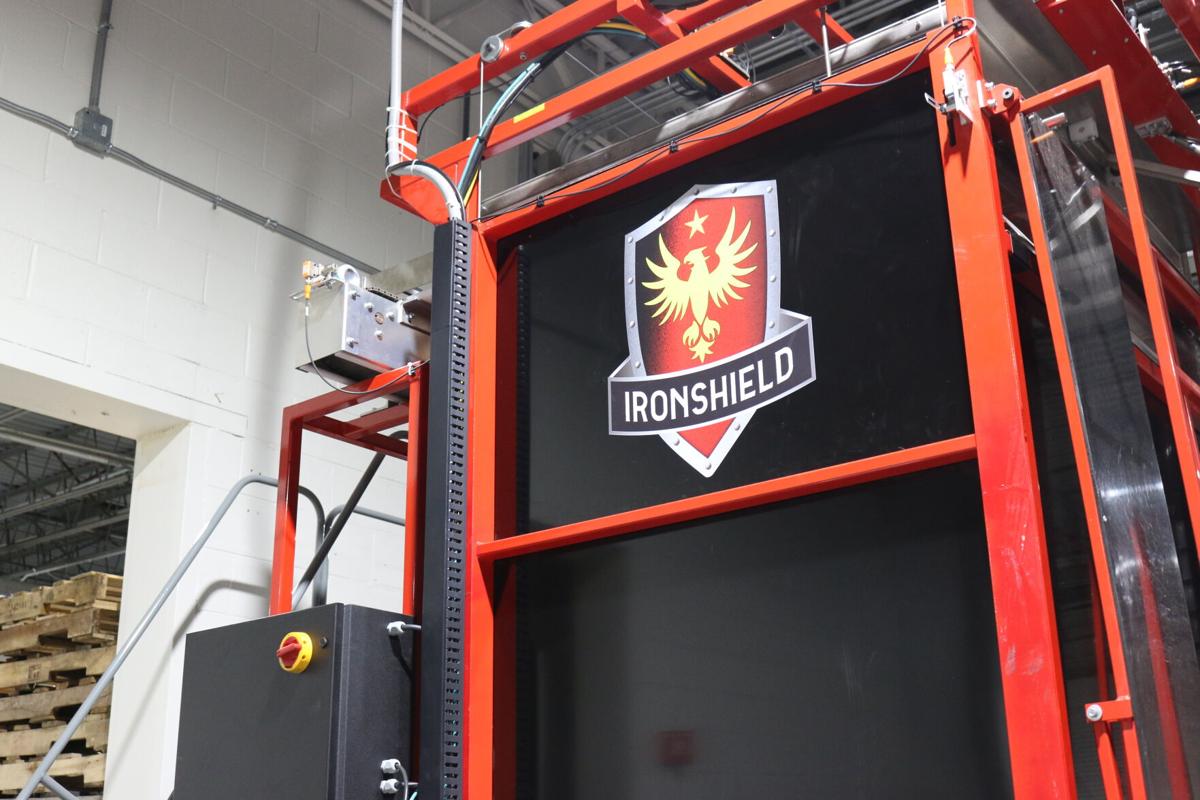 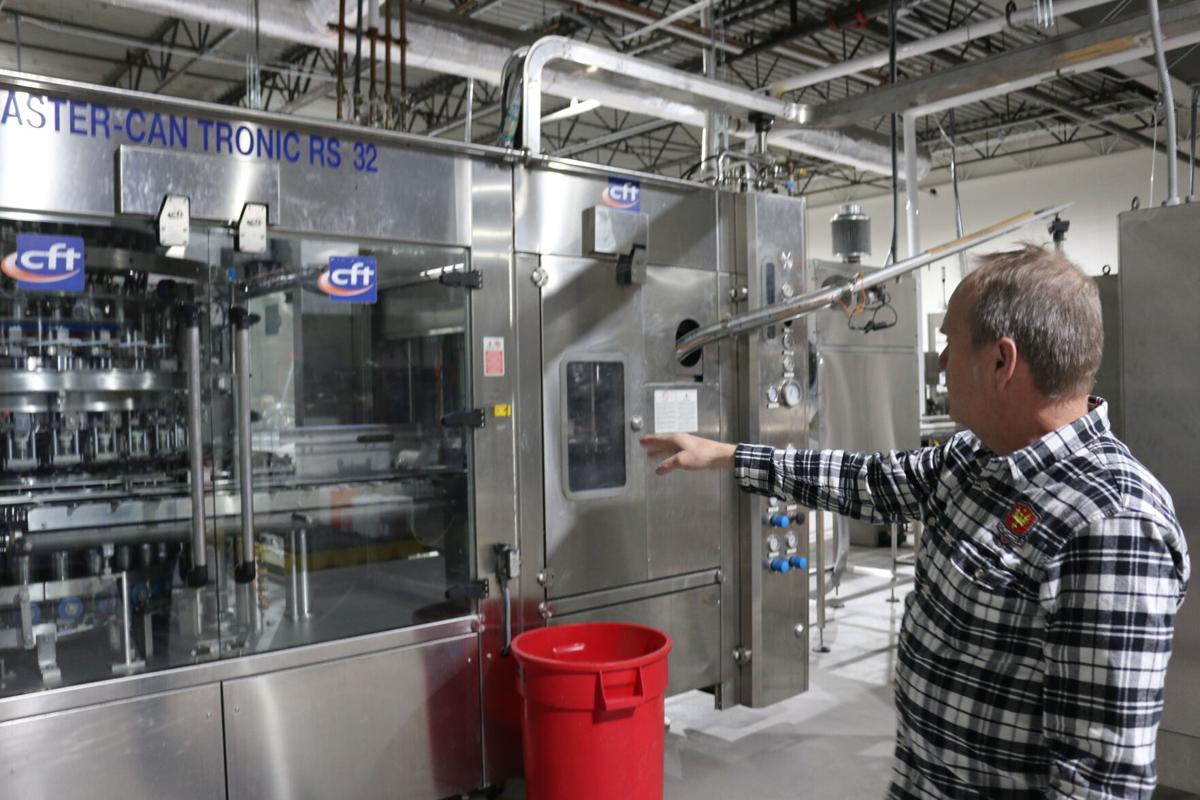 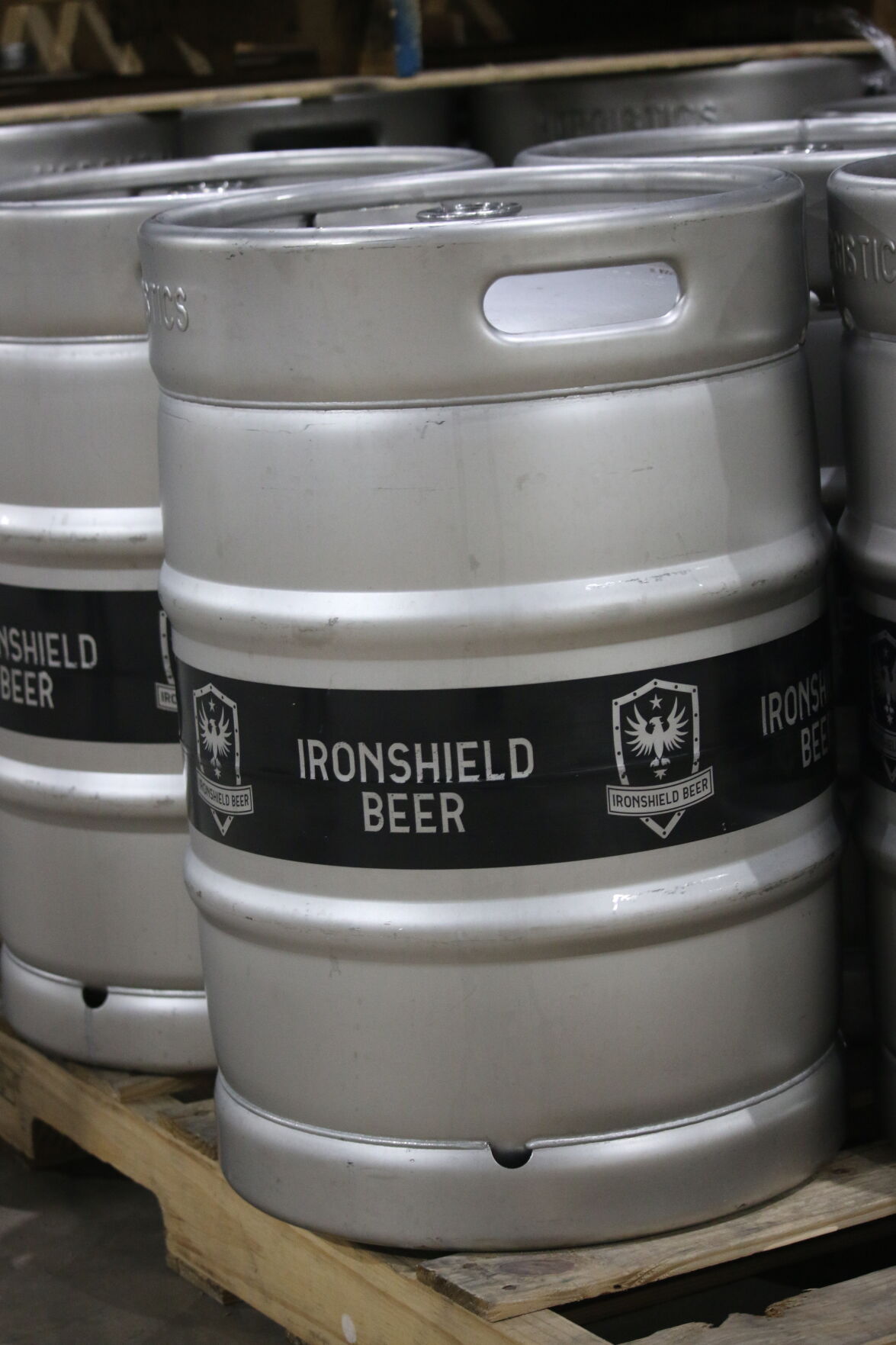 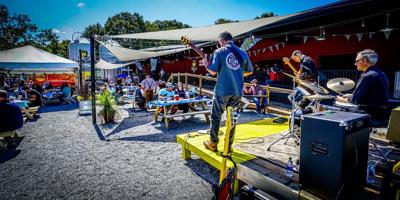 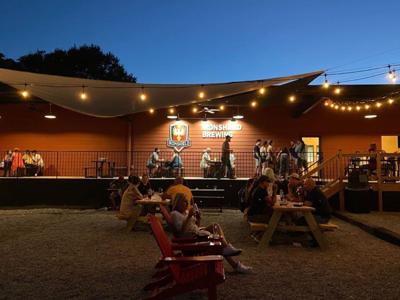 Ironshield Brewing launched during the pandemic. The taproom in Lawrenceville is open and the brewery has contracts with other microbreweries to produce their beers.

Ironshield Brewing’s lead brewer Jason Carrol, left, comes to Lawrenceville after working for Guinness in Ireland. Brewmaster and co-founder Glen Sprouse, right, has decades of experience as a home brewer and in manufacturing automation.

Ironshield's building is a former newspaper office that provides space for expanding the brewing operation.

If you wander through the Ironshield Brewing taproom on Chestnut Street in Lawrenceville, you may get the feeling you’re in a beer hall in Munich, Germany. Photographs from Oktoberfests past decorated the walls. Opposite the expansive photos are some window panes that look down on what appears to a large open area, like a warehouse.

The space, which used to hold newspaper printing presses and a labyrinth of offices, is now partially occupied by fermentation tanks. Ironshield co-founder and CEO Dave Rice said the equipment is fully automated with state-of-the-art levels of efficiency. He and his partner, Ironshield Brewmaster and co-founder Glen Sprouse, envision the warehouse to be full of fermentation tanks when Ironshield’s potential is realized.

“We’ve built a big enough brewhouse to support filling up this entire room with fermentation,” Rice said. “If we were fully loaded out, which will take us a few years to get there, we would be the second-largest craft brewery in the state.”

Ironshield is not only an independent craft brewery with its own shield (yes, the logo is literally a shield) and unique beers. The company is also a manufacturing solution for micro breweries. The business model has helped launch the brewery and sustain it during the COVID-19 pandemic when taproom sales are below projections during a typical economic climate.

“We’re pretty big,” Rice said. “If you saw around the building, everything is labeled Ironshield, my shirt’s got Ironshield on it. That’s our house brand beer.”

But the operation is more than the taproom branding suggests.

Ironshield was conceived long before the Rice-Sprouse group bought the building north of the Lawrenceville.

Both Rice and Sprouse are veterans of the food and beverage industry; both have helped the food and beverage industry’s titan companies automate their manufacturing processes for increased efficiency and quality of their products. Rice formerly worked for Coca-Cola with a background in packaging and quality assurance, and Sprouse spent time as an automation consultant for global manufacturing giants. Sprouse was early to the craft brewpub scene in the ’90s as a founder of Phoenix Brewing Company, which later became 5 Seasons Brewing.

Rice and Sprouse connected circa 2014 and started talking about contract producing concept.

“Glen and I both have been in the beer and beverage industry for 25-plus years,” Rice said. “The thing that we wanted to do was take our brand, which most of these beers have been brewed at the brewpub level, which at the time you could only sell within the four walls of the brewpub, we wanted to build a much bigger building and take those into distribution across the southeast United States.”

The two entrepreneurs’ expertise made them a match that made business sense.

“We updated the business plan, reconfigured some of it, scaled it up a little bit and went out and started trying to raise money,” Sprouse said.

It took from 2015 to 2019 to secure funding for the business. When it came to finding a location, Ironshield was seeking a building that provided both a prime location for their taproom and room for their ambitious goals to grow their brewing operations. The brewery found a match in Lawrenceville.

The City of Lawrenceville purchased the former office of the Gwinnett Daily News to drive energy in the area north of the Lawrenceville Square. City Manager Chuck Warbington said the Slow Pour Brewing had already started to bring people to the area. Warbington said city officials recognized the size and location of the building made it unique and limited the businesses that could consider it as an option. Lawrenceville purchased the property and set out with the Downtown Development Authority to fulfill a vision of building up the entertainment district.

Eventually, Ironshield and Lawrenceville were a match.

“What makes it great for what they’re looking to do is where the printing press used to be, that’s where the vats are,” Warbington said “It’s just a perfect transition from the Gwinnett Daily News to this type of use. It’s almost like a one-of-a-kind match.”

The robust technology and potential of Ironshield could enhance its staying power as it fasts through lean pandemic months.

“We are set up to grow very fast because all we’ve got to do is pop in tanks,” Rice said.

Sprouse said the brewery is filling a space in the market of craft beer flavors that is relatively empty. The Atlanta-area craft beer market is loaded with IPAs, so Ironshield’s brewing team researched European ales, lagers, Begian styles and found that there wasn’t much there.

“We said, there’s some white space there,” Sprouse said. “Let’s start there.”

Since transportation overseas can be rough on European beers, Rice said Ironshield is an authentic, fresh option for fans of that specific craft beer style.

Rice recounted the story of a few German sales representatives that came to Irnoshield for a meeting. They tried a batch of Ironshield’s flagship Kolsch. After an exchange in their native language, one of the salesmen turned to Rice and uttered high praise.

“For us, there’s no greater compliment,” Rice said. “Our Munich-style beers, if you were sitting down in a brewery in Munich, they taste like they taste there.”

The COVID-19 pandemic has been the ultimate obstacle for business. It disrupted Ironshield around the time it was obtaining essential licensing from government agencies. Without government approvals, operation couldn’t operate legally. So, they waited.

“There were a lot of sleepless nights there,” Rice said, recalling the early days of the pandemic.

The pandemic also disrupted the flow of the beer distribution business. With sales representatives from distribution companies unable to hold meetings with retailers, manufacturers like Ironshield found themselves stockpiling product with nowhere to move it. Combine that with a shortage of cans and no access to equipment from European companies, which were completely shut down, Ironshield was grappling with problems the company’s founders never dreamed they’d face.

Now, Ironshiled has a found stability with its contract customers while the area gets to know its brand. While Ironshield is new, it pines for something classical.

Rice recalled visiting famous breweries in Germany, Belgium, the UK and Ireland. He says there’s a reason these beers are world famous: a quality and style that you can’t get anywhere else.

“I remember walking into a brewery in the Czech Republic and telling them, ‘Man it’s a Tuesday afternoon and you guys are crowded. Is it always this way?’” Rice said. “And the guy goes, ‘Yeah, pretty much for the last 400 years.’”

See who won at the MTV Movie & TV Awards