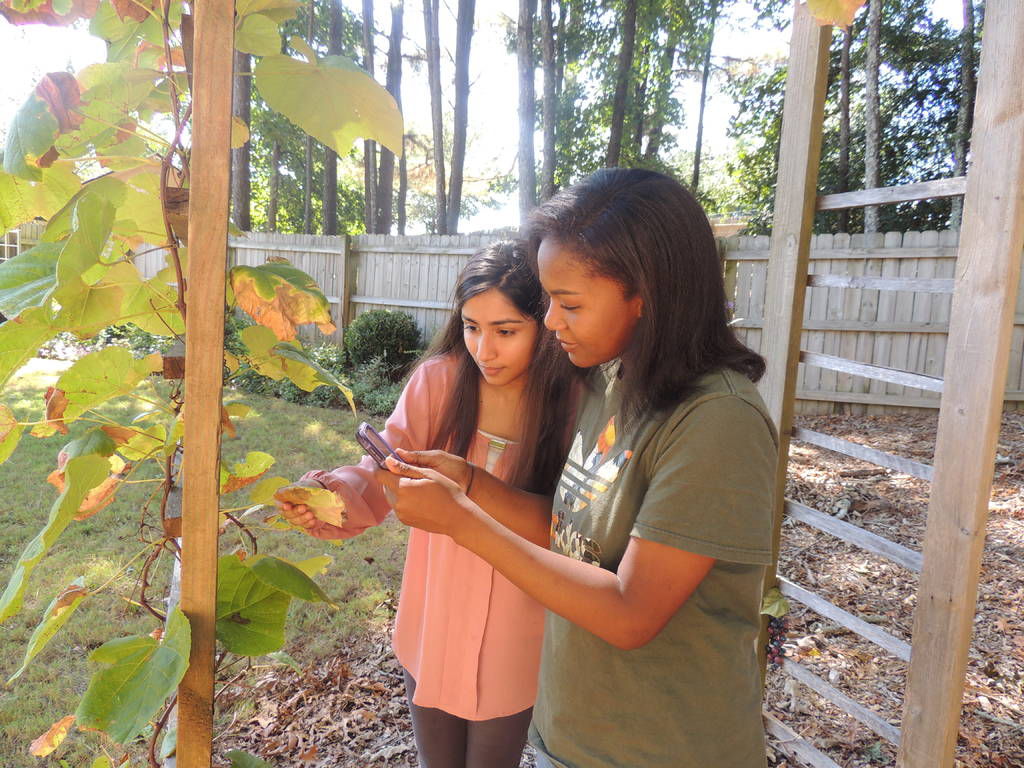 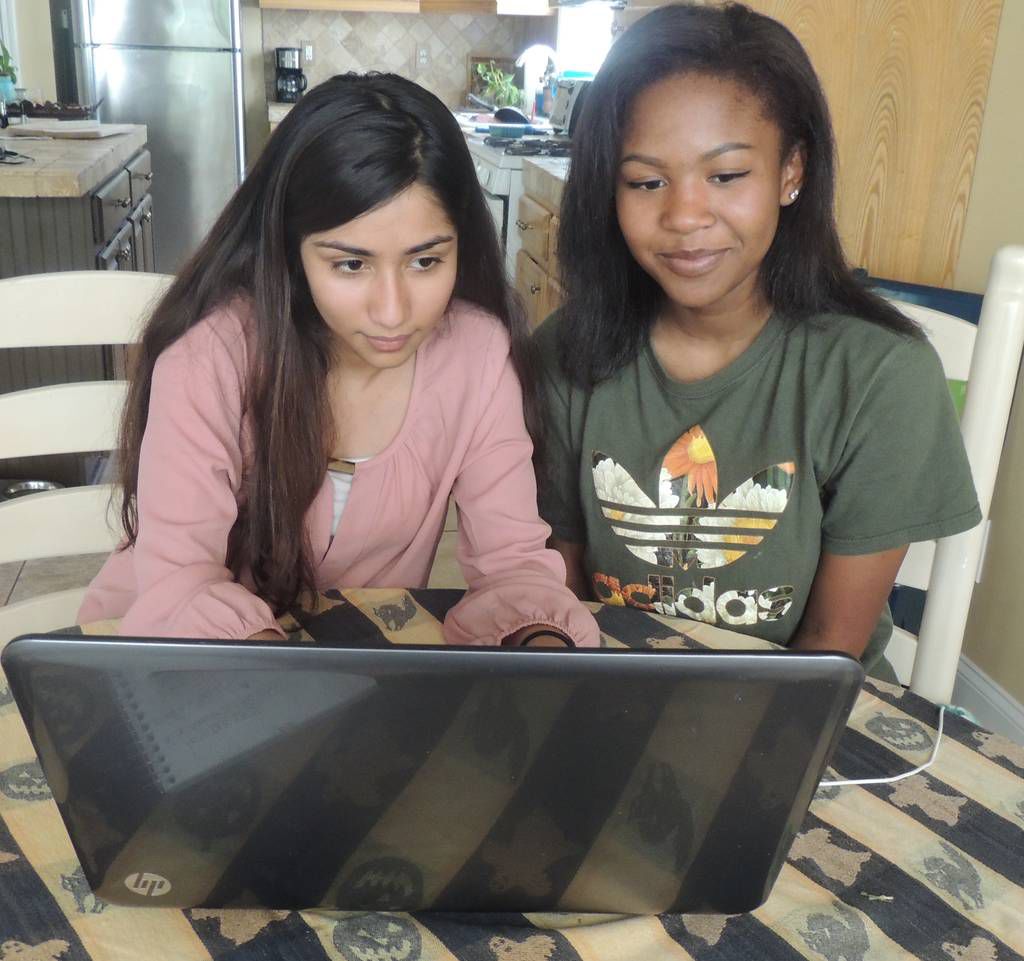 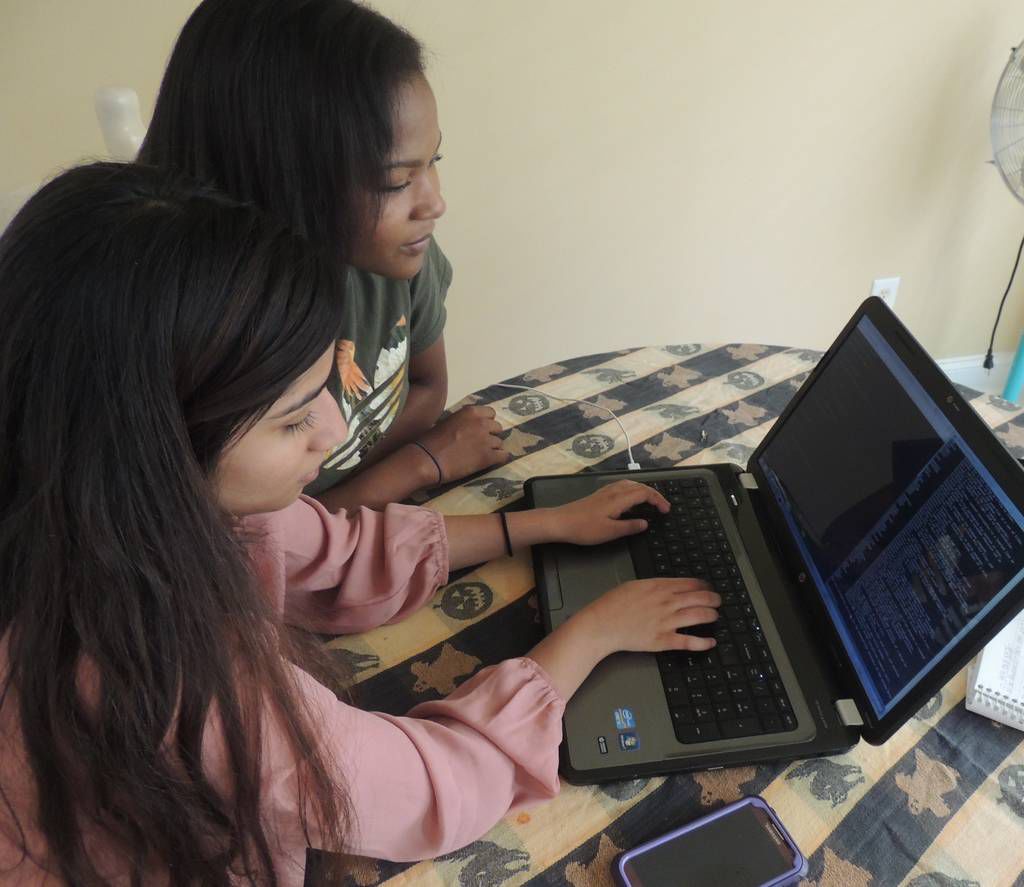 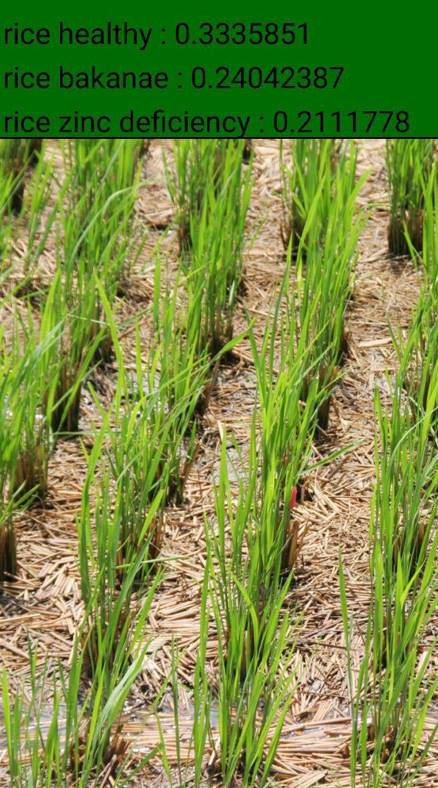 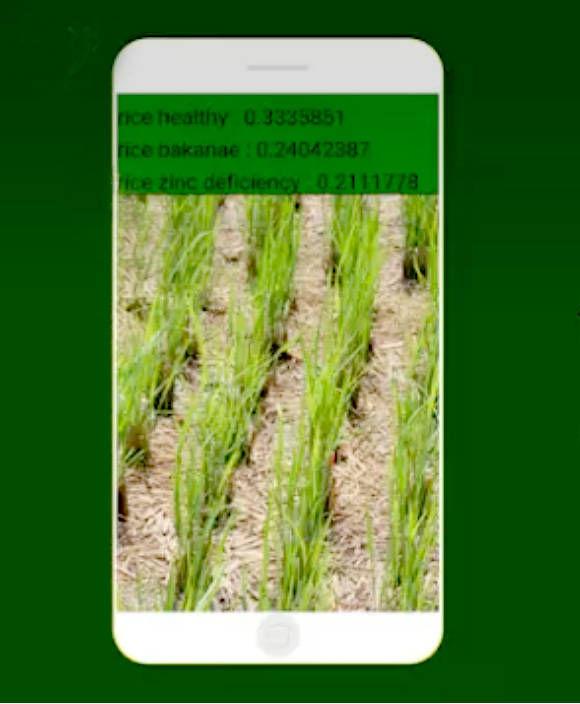 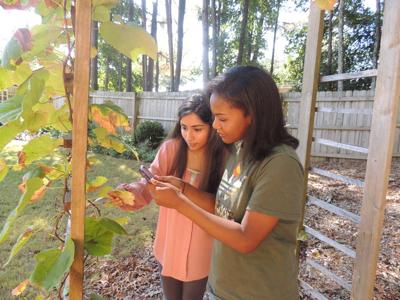 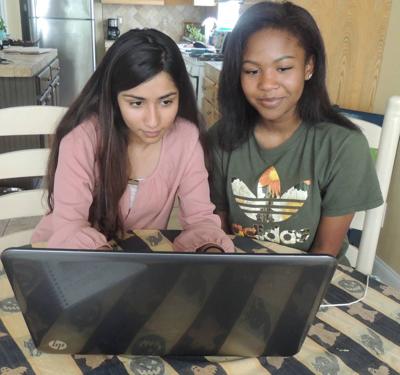 For most students, summer vacation is a relief from the daily school grind, a time to catch up on sleep, take family vacations or maybe even work a part-time job. But for Peachtree Ridge High School seniors Nile Ravenell and Shaza Mehdi, it was the precious time they needed to create the project they plan to submit into the upcoming Gwinnett Regional Science, Engineering and Innovation Fair.

Putting in a focused 40 hours per week all summer won the two 17-year-olds the attention of businesses near and far, long before the science fair, set for Feb. 23 at the Infinite Energy Center in Duluth, is even scheduled to take place.

According to Ravenell, it all started as a quest to help her mother who was struggling to diagnose diseases in her home garden.

“My mom had the problem, and Shaza had the app background,” she said.

Before taking on the project, they searched the app stores to see if an app existed that would diagnose plant diseases with just the camera on the phone, such as the one they were envisioning.

“There are apps where you can go in and click on the plant you have and then compare your plant to pictures that they have included, but none that diagnoses from your actual app,” Mehdi said.

The friends, who had become very close shortly after Ravenell moved to the area during her junior year, worked all summer to get the app to its current state.

They took pictures at a local hydroponics lab and the gardens at both their homes.

To develop the database, they used a convolutional neural network, which converts selected pictures into a language that the computer can understand.

Using the camera in the app helps to diagnose the disease.

“When you put your camera in front of the leaf that has a disease, it will convert that picture into a string of numbers as well and compare it to all the others and tell you which one it is most similar to,” Mehdi said.

They also used an open-source software library for dataflow programming called TensorFlow, which was developed by Google, to add to their database with the support of their own pictures.

While working through the project, the SPIRE (STEM Program for Innovation, Rigor and Excellence) students credit their physics and engineering teacher Hyunjin Son for pushing them to do additional research and testing before submitting their app as completed.

Son, who calls the students “extremely confident young ladies,” gives them all the credit for their hard work.

“These ladies have accomplished and will continue to accomplish more than just the PlantMD app,” Son said. “They have the drive and the knowledge/skills to make their vision a reality.”

That drive and knowledge has also been good for business. The two work seven hours a week interning on an all-male team at NCR in Duluth where they practice machine learning and data analysis of information from ATMs and other financial transaction points.

Better yet, they have been contacted by a Silicon Valley company that has asked them to partner their app with one the company is currently selling.

With at least 400 users already, the app is still a work in progress.

“We are planning on adding more features into it before we submit it for the science fair,” Mehdi said.

PlantMD is currently free and available for Android users in the Google Play Store. There are plans to later expand to iOS for Apple devices. The plants supported by the app are listed on their website, plant-md.org.

The young business partners both plan to pursue computer science degrees in college. Mehdi is hoping to attend Georgia Tech while Ravenell would like to venture out of state.

In the meantime, the duo will continue to improve the app and intern at NCR while also leading a volunteer afterschool program at Northbrook Middle School, called Girls that Code, to teach sixth- through eighth-grade girls how to solve problems by creating computer programs.

Adding yet another accomplishment to their resumes, the girls proposed and were accepted to host the first Gwinnett County Hackathon at their school on Nov. 11. The daylong event brought students together to form teams around an idea and collaboratively code a solution to a presented problem — often taking the form of mobile apps, websites and robots.

Although Mehdi and Ravenell are hopeful they will win at the local science fair and go on to the state competition in Athens, they are still happy with their successes thus far.

Son also acknowledges that they have accomplished a great deal in the Peachtree Ridge cluster and, regardless of the outcome at the science fair, Mehdi and Ravenell have bright futures ahead of them.

Movie review: Eddie and Arsenio come back '2 America,' and they're a welcome sight