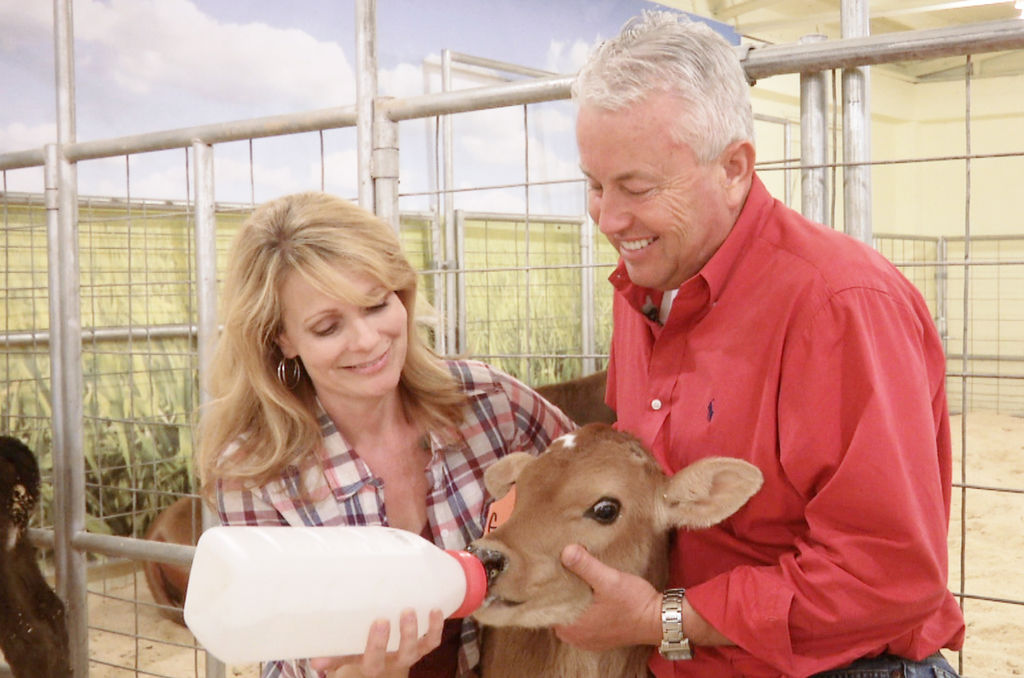 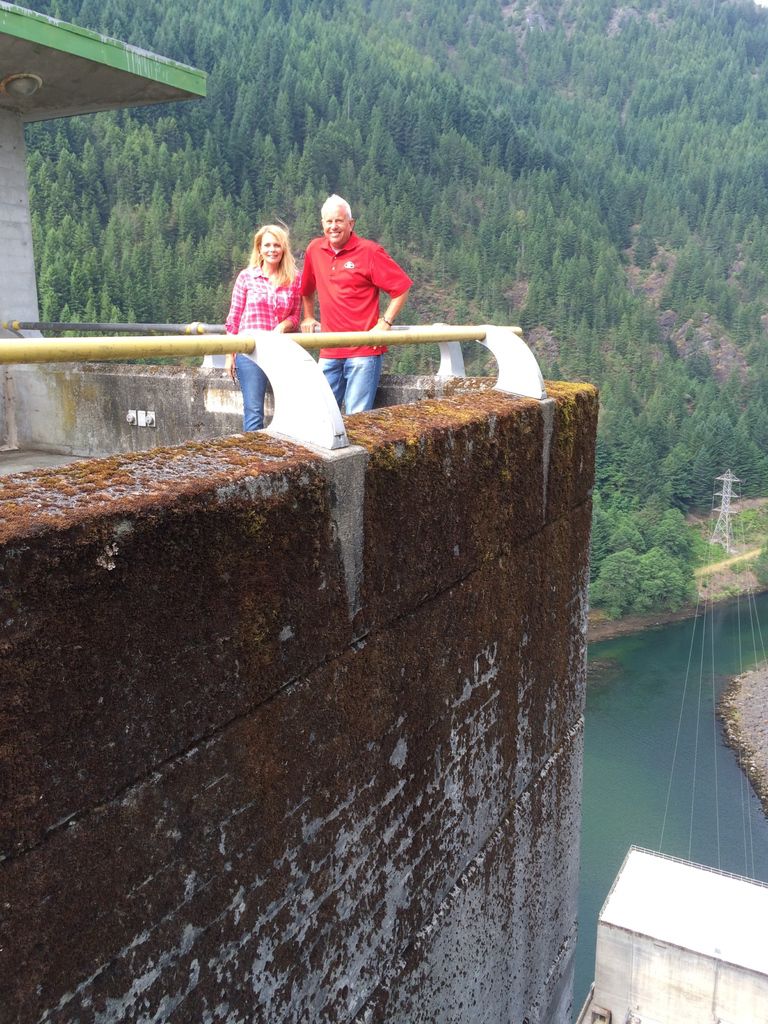 Above and at top, Jann Carl and Rodney Miller — who co-host “Small Town Big Deal.” — are seen at various locations for the show. (Special Photos) 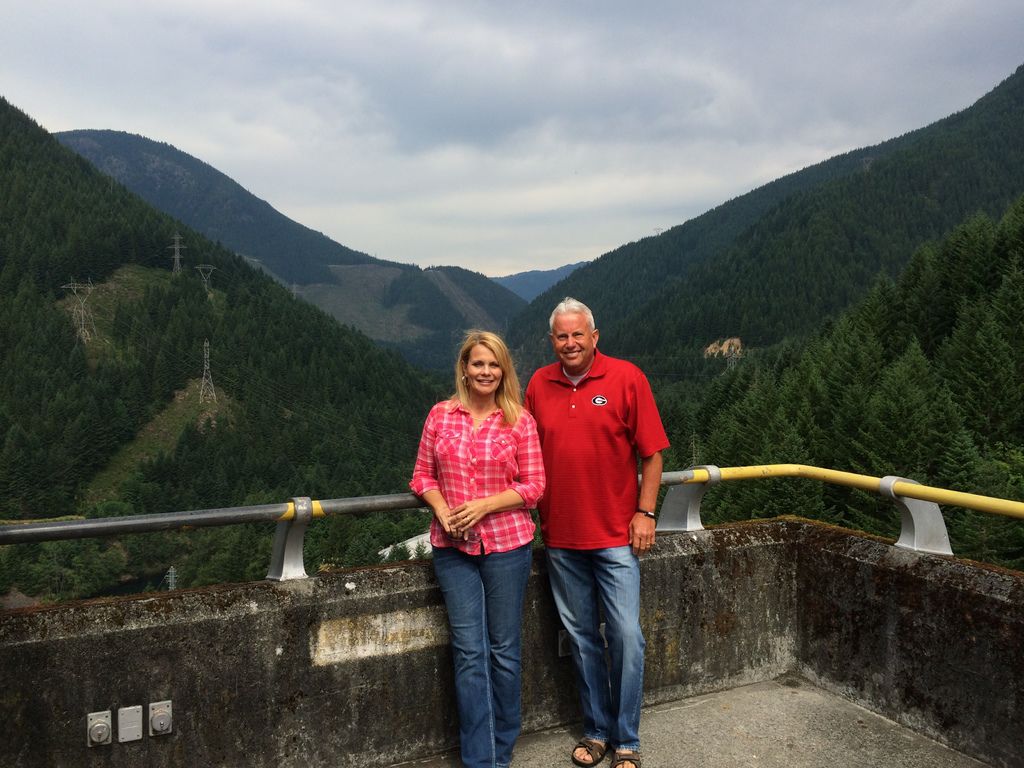 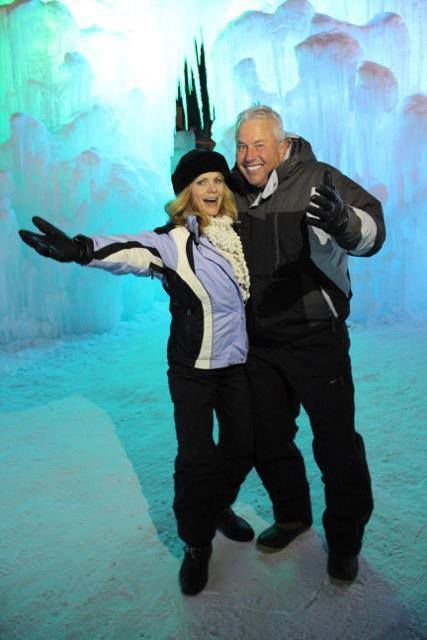 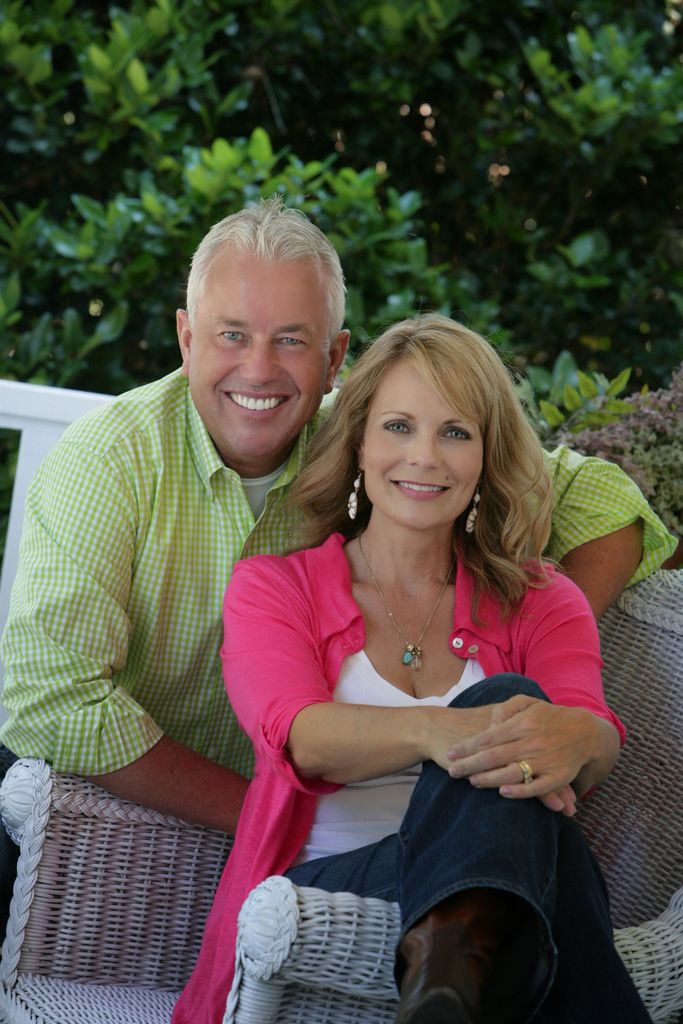 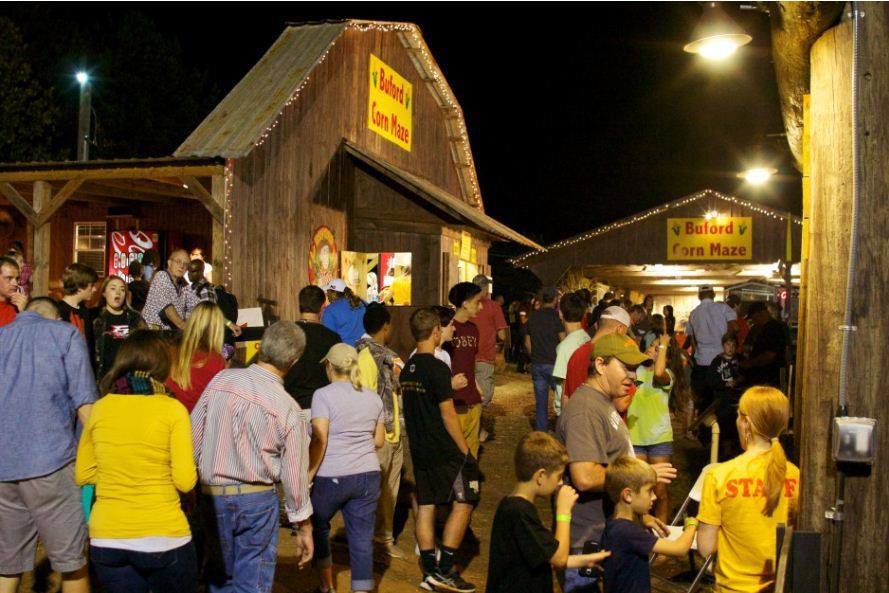 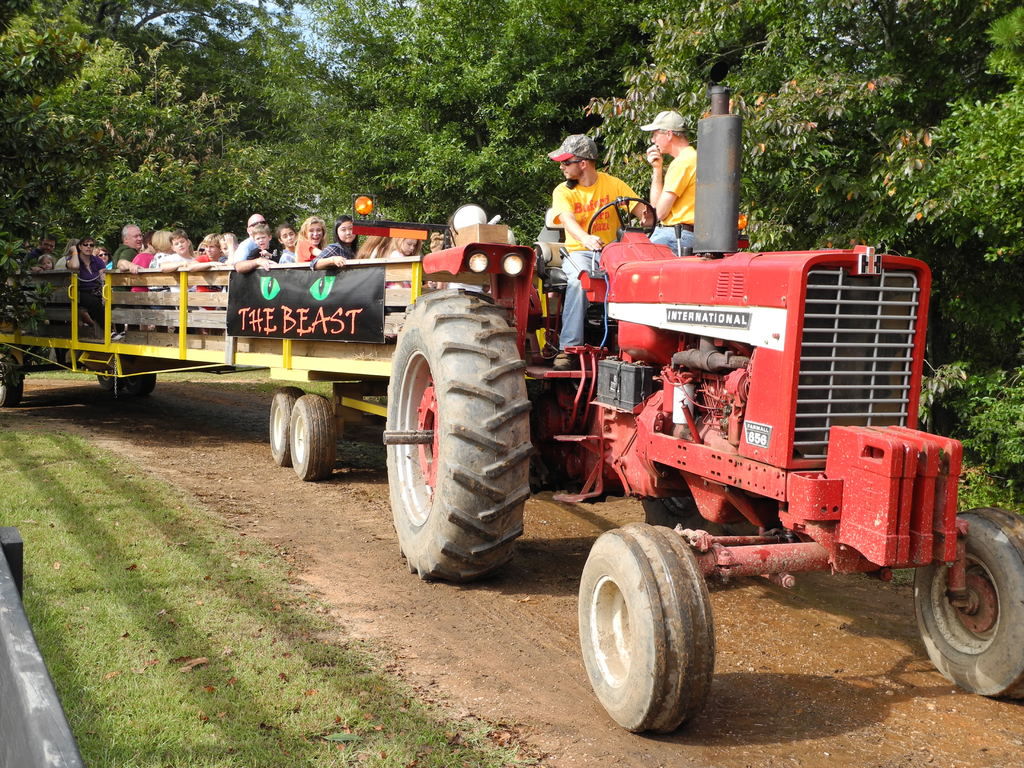 The Buford Corn Maze, owned by Rodney Miller, is open from noon to 10 p.m. on weekends in September. 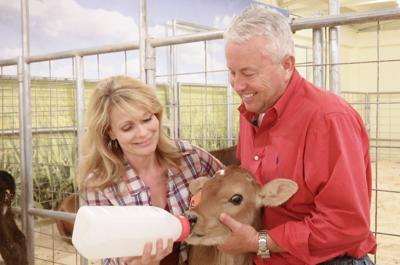 Above and at top, Jann Carl and Rodney Miller — who co-host “Small Town Big Deal.” — are seen at various locations for the show. (Special Photos)

The Buford Corn Maze, owned by Rodney Miller, is open from noon to 10 p.m. on weekends in September.

Seemingly endless rows of corn stretch into the horizon, creating a complex maze filled with twists and turns amid Rodney Miller’s sprawling, 32-acre farm off Bennett Road in Buford. It’s not easy to solve, as one wrong move can have you heading toward a dead end you didn’t even know existed.

But don’t give up; keep trying, keep navigating and surely, you’ll find your way to success — even if it takes longer than envisioned.

“In a lot of ways, the maze is a symbol of my life,” Miller, the president and CEO of Buford Corn Maze, said. “I didn’t take the straight path, and I’ve had a lot of failures. But I never gave up chasing my dream.”

It took decades, but he found it — on and off camera, where perhaps the county’s most famous farmer has sprouted into perhaps TV’s most unlikely star as the co-host of “Small Town Big Deal.” On the show, he and former Entertainment Tonight correspondent Jann Carl travel coast-to-coast reporting on stories, especially ones in rural areas often overlooked by mainstream media.

“Small Town Big Deal” is broadcast in 39 states from Florida to Alaska and from Maine to California. It is watched by more than a half-million viewers weekly, is syndicated and could land a deal in which a major network would put in prime time, positioning it to attract more viewers. Currently, a large percentage of channels airing “Small Town Big Deal” show it between midnight and 7:30 a.m. or will have it competing against football games on weekends.

“Small Town Big Deal,” which has filmed episodes in 35 states, has traveled a long road to get where it is today, given that Miller shot the show’s pilot in 2010. But in 2012, the weekly half-hour show was picked up by cable channel RFD-TV (“Rural America’s Most Important Network”), the flagship network for Rural Media Group, which includes FamilyNet TV and is distributed to more than 100 million homes throughout the world.

“If I knew how hard it would be to get this far, I never would have tackled it,” Miller, 59, said. “But I look at where we are now as a show and it shows how far we’ve come. What happens next? Who knows?”

But Miller and Carl know this: “Small Town Big Deal” has a growing audience that’s interested in stories about the world’s largest Christmas store in Michigan; a farm in Illinois where hundreds of the mentally challenged live, work and succeed; a Kentucky garage sale that stretches for 400 miles along U.S. Route 68; and of course, the greatest tug of war ever.

Ever hear of the Great River Tug? Watch Miller’s show. For a few hours every August, a stretch of the Mississippi River between Port Byron, Ill., and LeClaire, Iowa, is closed. Teams of men and women representing both cities grab opposite ends of a 2,700-foot, 680-pound rope that’s stretched across the river. For 11 three-minute contests, the two sides pull with all their might in front of a raucous crowd of more than 30,000, with judges determining the winner before anyone gets wet. Illinois went a perfect 11-0 a few weeks ago to retain the Alabaster Eagle, the 30-year-old competition’s traveling trophy.

“I’ve never seen anything like that,” said Miller, who has visited every state except Alaska. “It was an amazing thing to see. You have two cities going at it for pride and to raise money for their fire departments. It’s these kinds of stories people really want to watch.”

The demographics of viewers for “Small Town Big Deal” is as diverse as the stories it tells. Thirty-three percent of viewers are between the coveted 18-34 age group, while 58 percent is younger than 59, meaning the show has a strong, younger base that’s attractive to advertisers.

“Technology has done a lot to make it easier to communicate and for people to let one another know what’s going on in their lives. But at the same time, technology has made our lives much more complicated,” Carl, 55, said. “I think millennials want to live a simpler life and our show is, let’s just say, the opposite of ‘Keeping Up with the Kardashians.”

Miller, who grew up on a corn and soybean farm in the small town of Benton, Illinois, said the show will never stray far from its rural roots, claiming even “big cities are made up of small neighborhoods.”

He arrived in Georgia in 2007 as the CEO of Duluth-based McCormick International, which manufactures tractors. Soon after, he and his wife, Kendra, bought a 43-acre corn farm in the south Georgia town of Ocilla, which he admits functions mainly as a place for him to ride his antique tractors.

But his love of TV, which first started while he was shooting commercials as the CEO for another company that sells farming equipment, never went away.

“There’s so much violence on TV and I didn’t like how people in rural communities were being portrayed,” said Miller, who has also held administrative positions at the University of Georgia, including a stint as the director of the office of advancement and external affairs for the College of Agricultural and Environmental Sciences. “I was raised on a farm and I’m still a farmer and will always be a farmer. I know the way these people were being shown on TV was completely wrong. I wanted to have a show that showed everyone what Americana really is.”

When Miller isn’t filming “Small Town Big Deal,” he spends much of his time at his corn maze, where families also brave a haunted forest, ride ponies, mingle with farm animals, take hayrides and jump on bouncy houses.

“I’ve always wanted a corn maze, so I did it — just like I wanted a TV show,” Miller said. “Both are fun and we’ve learned as we went and we have a way to go. But I hope I’m doing this for the rest of my life.”

Prices: Corn Maze: $15; Haunted Forest: $15; Combo ticket: $25. All tickets include unlimited hayrides and access to play areas and other activities. Kids 3 and under are free. The Haunted Forest opens on Sept. 23.

James Redford, filmmaker and son of Robert Redford, dies at 58

Jeff Bridges announces he was diagnosed with lymphoma

James Redford, filmmaker and son of Robert Redford, dies at 58