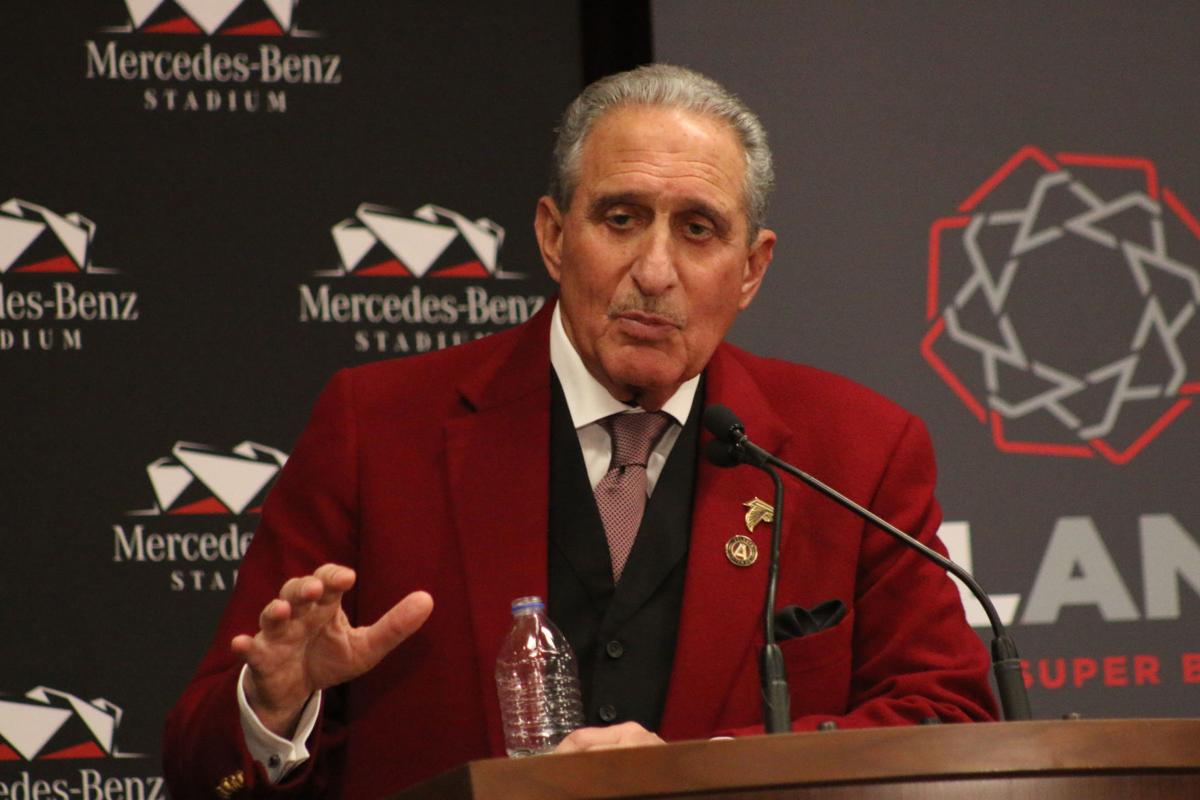 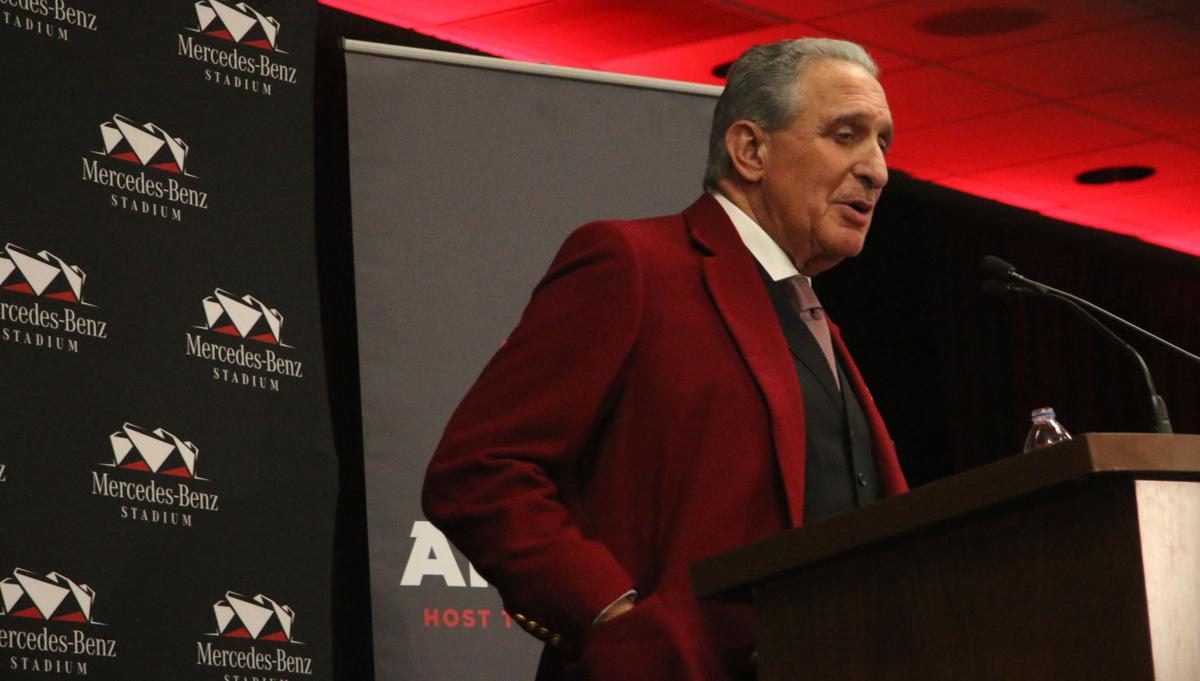 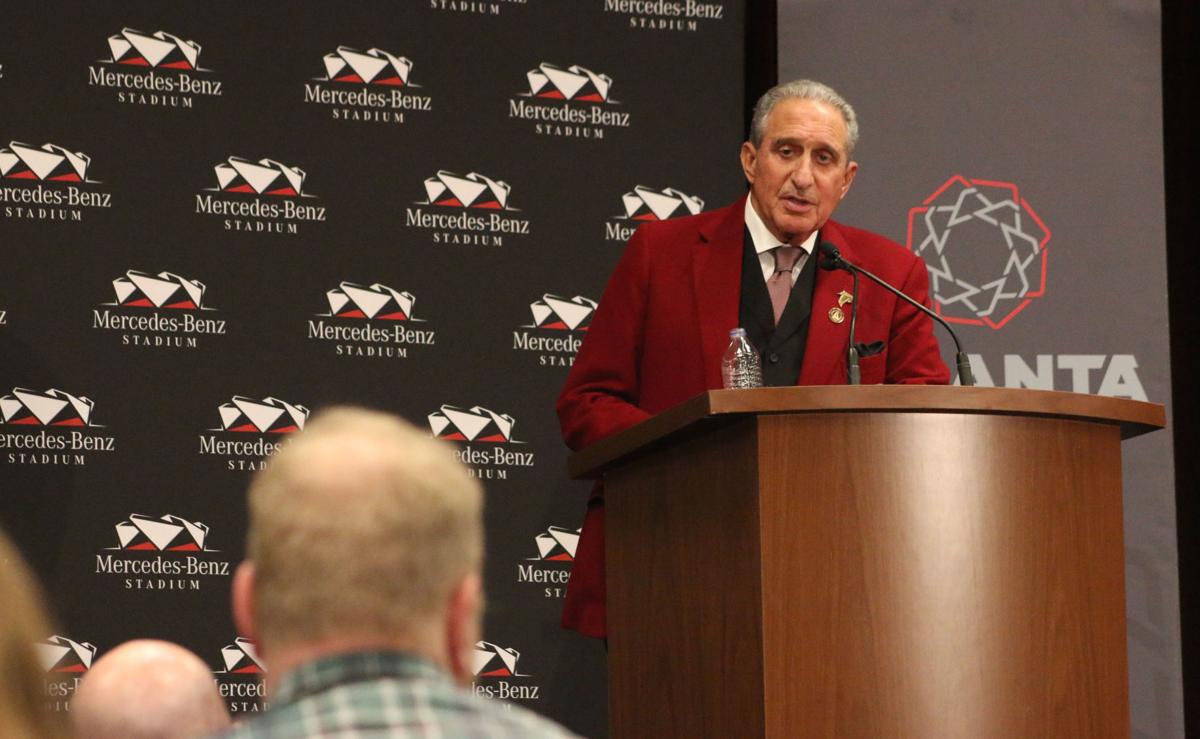 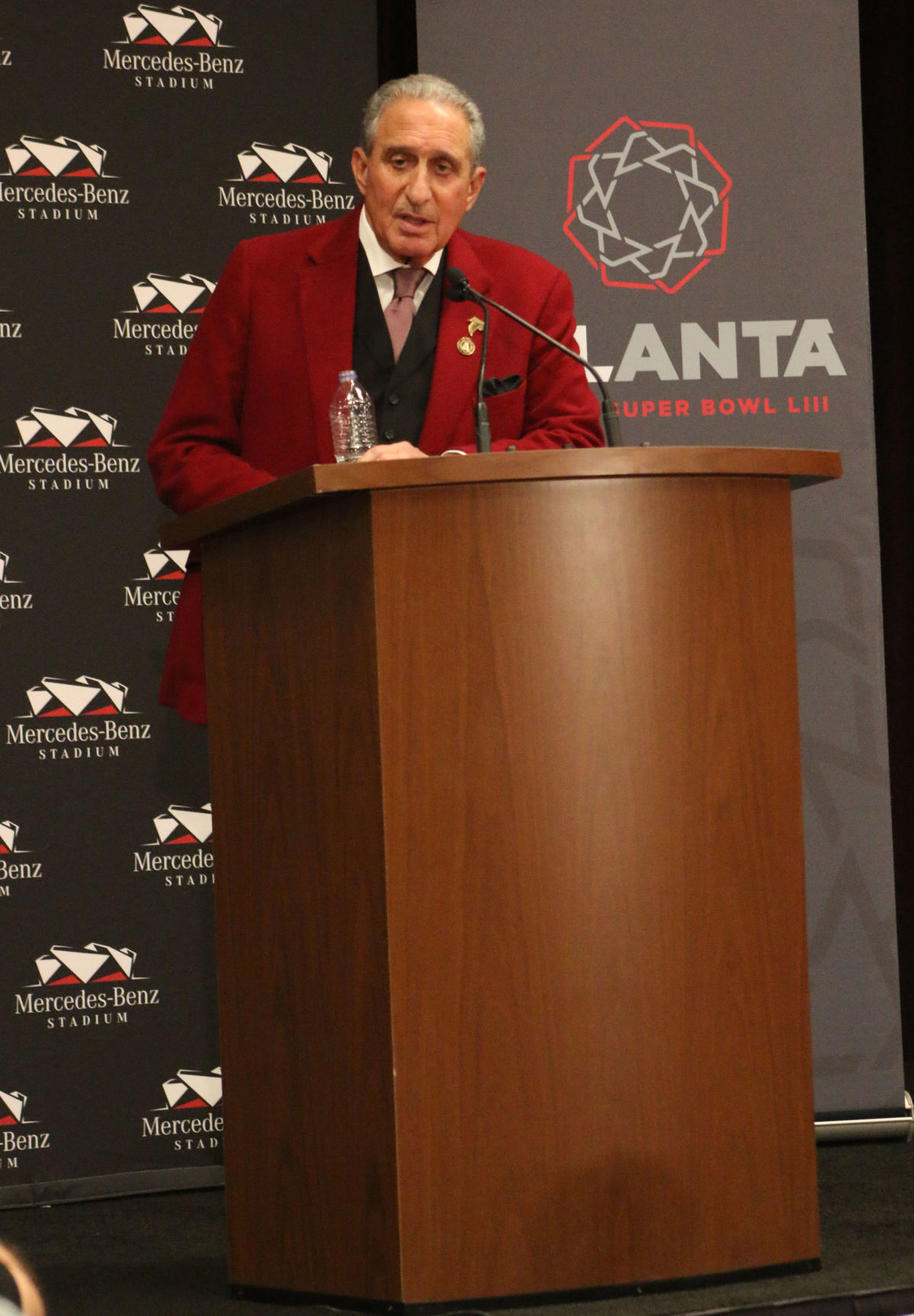 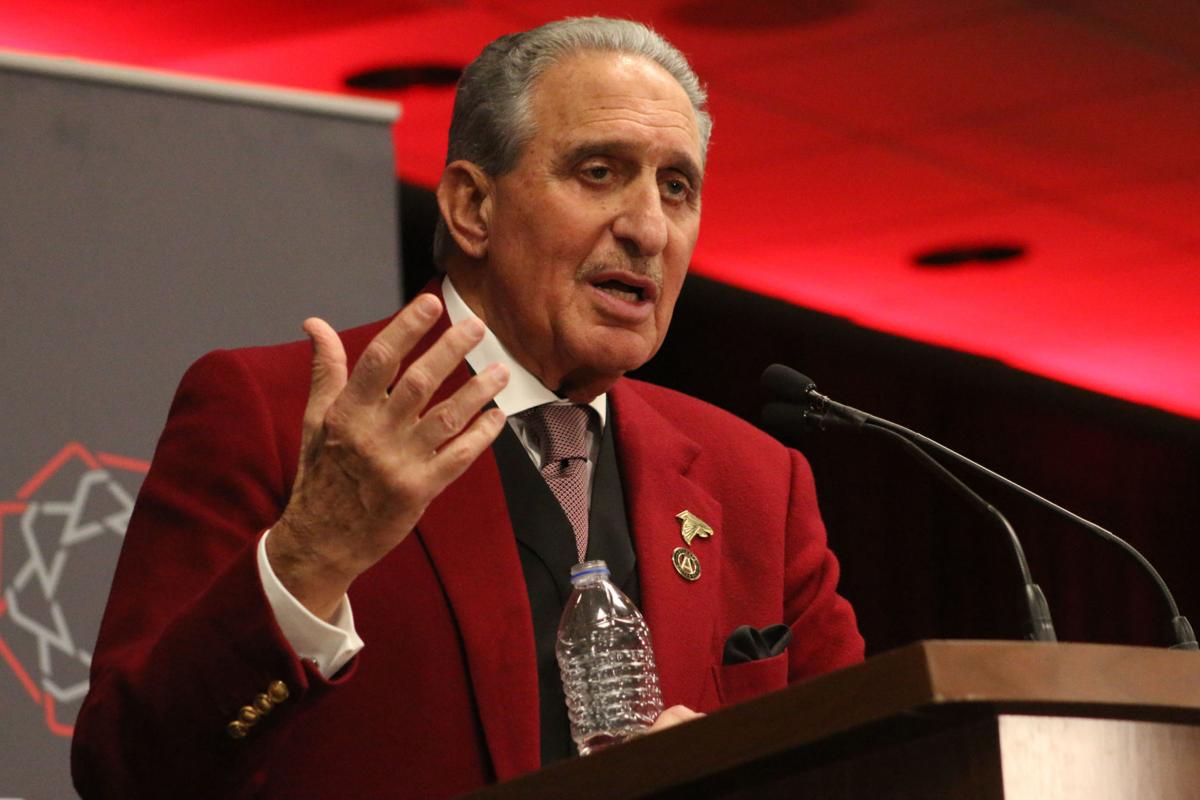 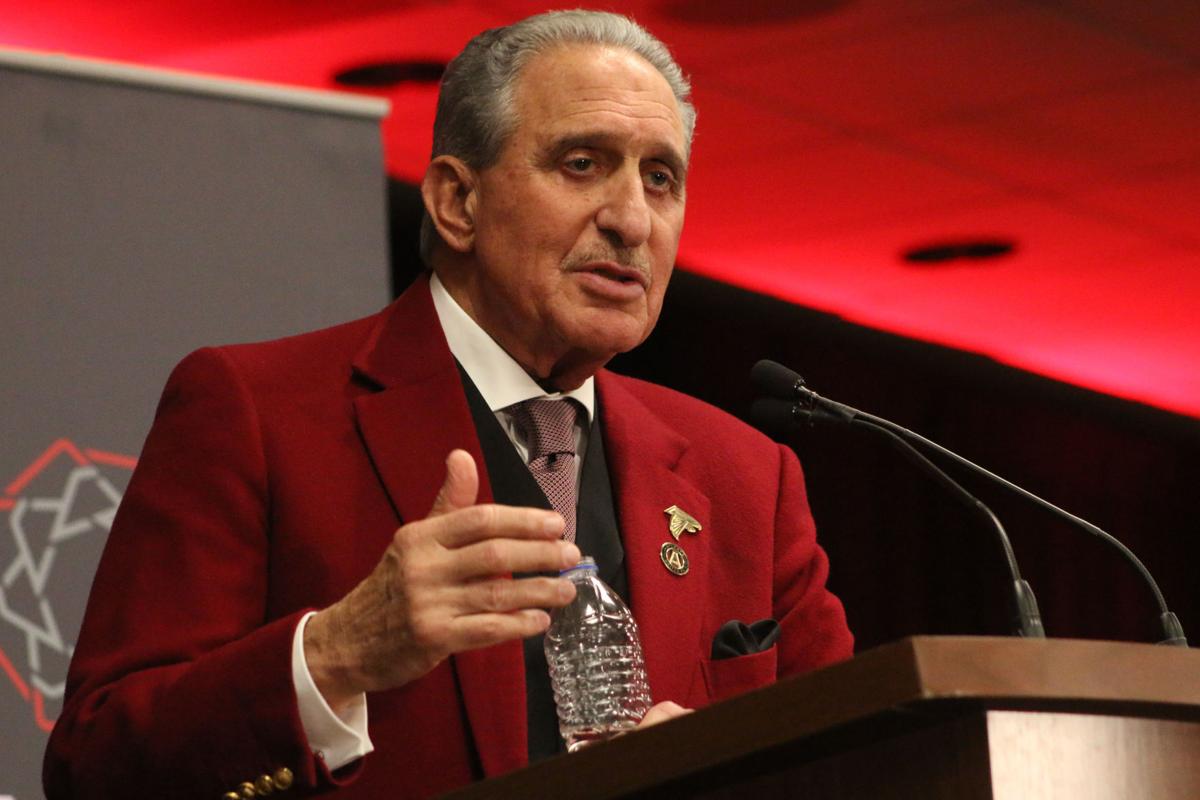 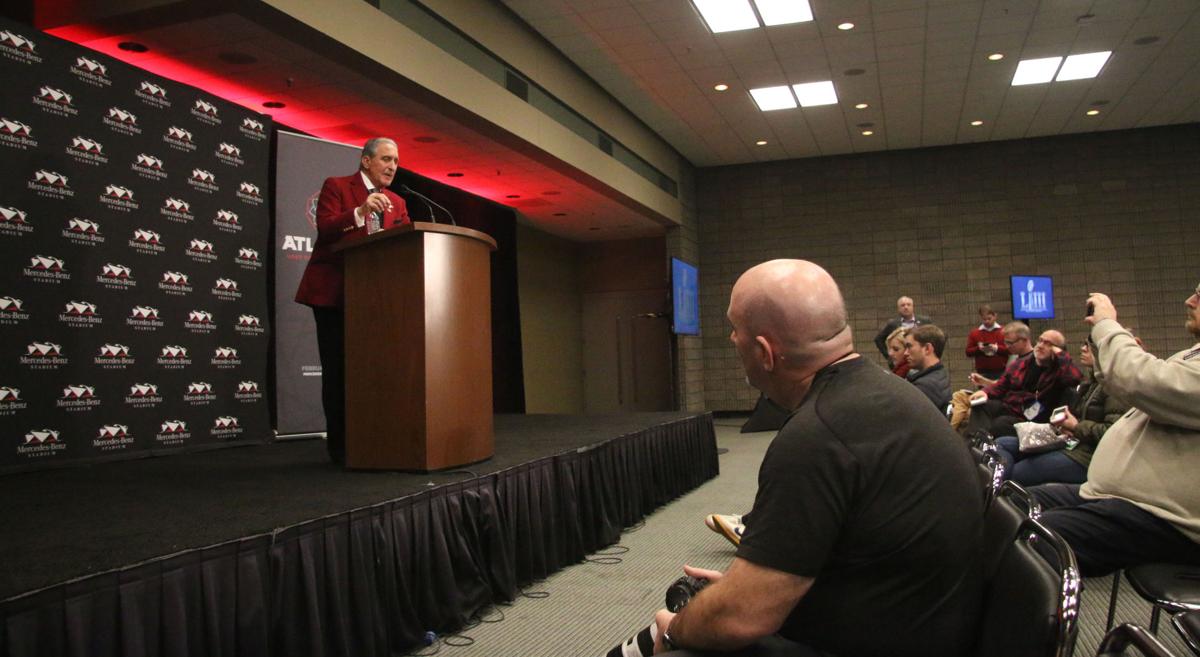 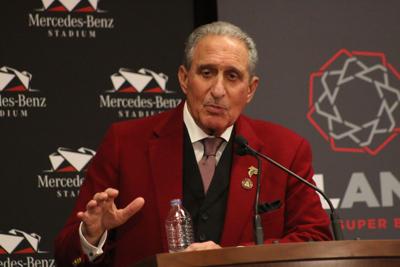 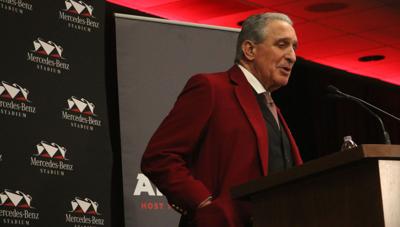 ATLANTA — In the span of just more than a year, Mercedes-Benz Stadium will have hosted a College Football Playoff National Championship, a Major League Soccer Cup final and a Super Bowl.

Only the MLS Cup was not pre-scheduled — Atlanta United’s merit during the 2018 season meant the game would be played in Atlanta. Atlanta was designated the host of the 2018 CFP National Championship and Super Bowl 53 years before the stadium was built.

Atlanta Falcons and Atlanta United owner Arthur Blank has been a spokesperson for Atlanta professional sports since the rapid success of his MLS expansion club in its 2017 inaugural season and the Atlanta Falcons’ recent appearance in the Super Bowl two years ago. He spoke with reporters in the Georgia World Congress Center on Wednesday about the preparations for Super Bowl 53 and his personal ambitions regarding past, present and future high-profile sporting events that Mercedes-Benz Stadium hosts.

On a day where Blank was touted by NFL commissioner Roger Goodell for setting the bar for sports owners setting fan-friendly concession prices, Blank turned the initiative back to not only satisfying fans, but showing appreciation.

“They give us their time, their energy, their passion, their resources,” Blank said. “I think the NFL — I think all arenas and facilities across the country need to acknowledge that any way they can. We thought food and beverage was very important in creating a new stadium.”

The Super Bowl, however, is not necessarily an event for the “common fan.” The average ticket price for Super Bowl 53 was approaching $6,000 according to statistics made public by StubHub this week.

The price tag for Mercedes-Benz Stadium has been reported more than $1 billion dollars, including a portion funded with taxpayer dollars.

At least in the two years since the stadium has opened, several high-profile events have made good use of the stadium. In addition to championship games, Atlanta is still the host of college football games such as the Chick-Fil-A Kickoff and the Chick-Fil-A Peach Bowl. Super Bowl 53 is perhaps the biggest spectacle of all of them.

Blank hesitated to call past events a “test run” for Super Bowl 53, in fairness to the other games, franchises and institutions that have played in Mercedes-Benz Stadium.

Blank said the attention and prestige of the Super Bowl and its impact on Atlanta are also important to him. Blank has taken on a persona with Atlanta sports fans like a cordial relative: “Uncle Arthur.” He’s taken a prominent, visible role with his sports franchises by hammering the Golden Spike for the MLS Cup, a pregame tradition designated to different celebrity guests in Mercedes-Benz Stadium. He’s lived in Atlanta since 1978 and founded The Home Depot.

He’s seen the city of Atlanta grow in population from fewer than 1 million people in the late 1978 to roughly 7 million today.

Atlanta will also be a host site for matches in North America’s 2026 FIFA World Cup, and Blank hopes to continue that perceived momentum in bringing premier sporting events to Atlanta, a tradition that he started with the 1998 Olympics.

“FIFA made the decision for a number of reasons, but one of those was they came to our stadium, and they loved it,” Blank said. “It was designed to accommodate FIFA’s standard of soccer with the sight lines. It didn’t make any financial sense to do that, but we knew if we had a soccer team we need to do right by our soccer fans.”

LOCATOR The Locator position reports to the Utilities Director. Under

LOCATOR The Locator position reports to the Utilities Dir…

Enter for a chance to win The Courier Combo Pack

On a day of firsts, Marlins top Braves

Orlando Arcia stays on a roll, but Stripers fall to Memphis